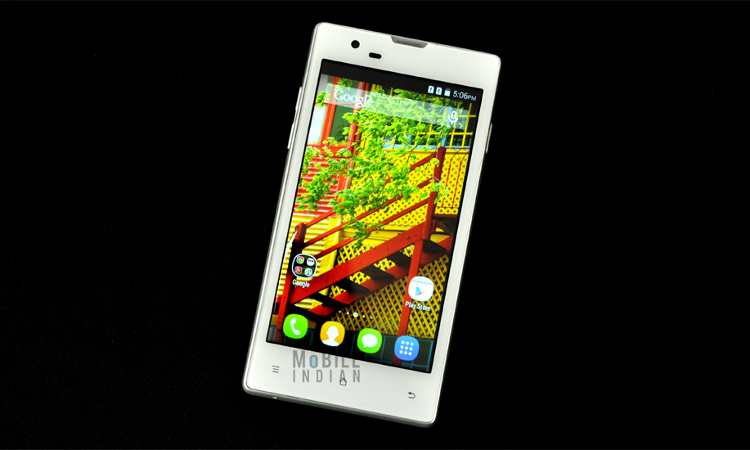 Decent performance Competitively priced It is quite compact and sturdy 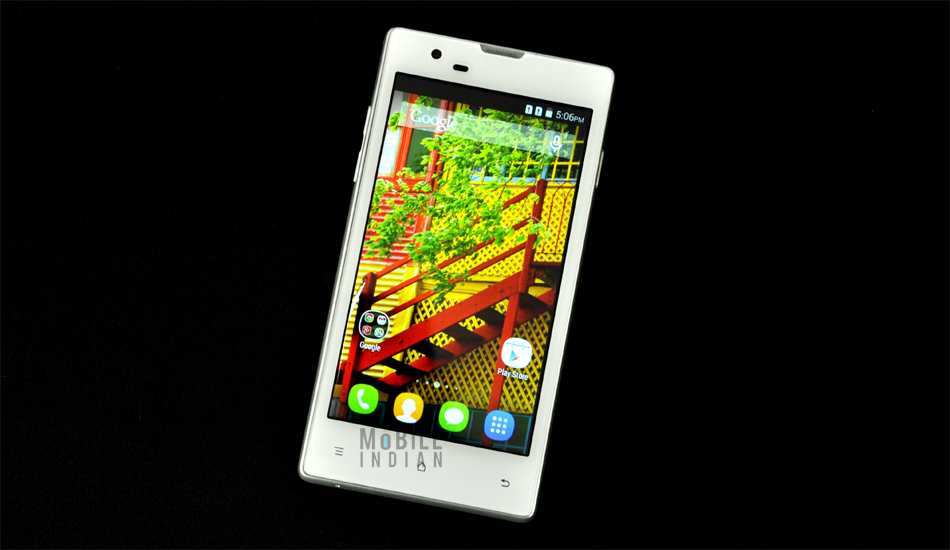 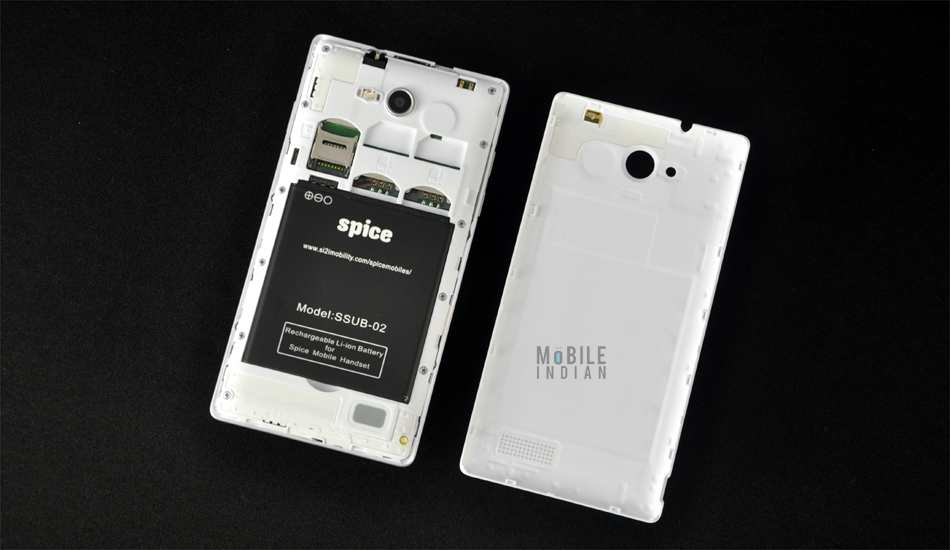 We have used the smartphone for about a month and here is our findings about the Spice Mi 497. 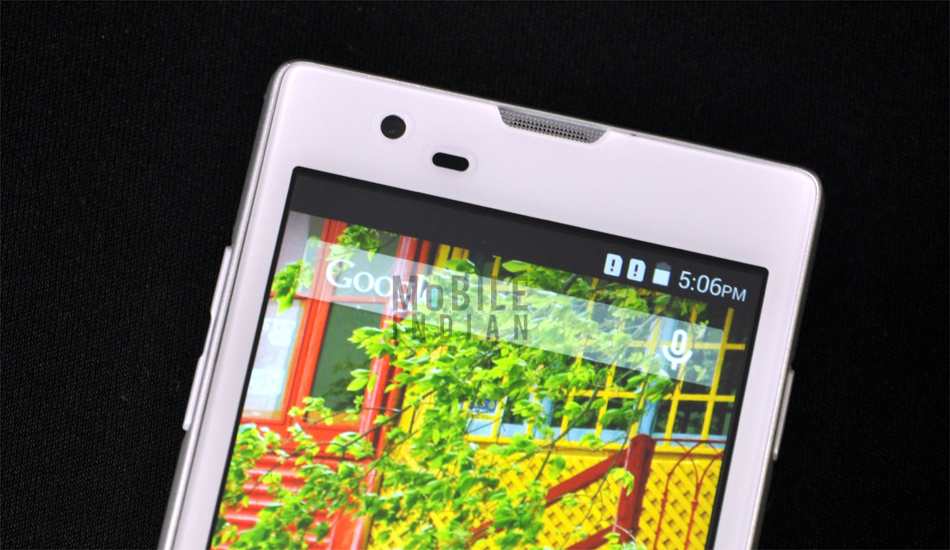 Besides the handset itself, you will get a charger, headphone, and a free flip cover.

The Spice Stellar Mi 497 is just 9.5 mm thick and is quite light, though its exact weight has not been revealed by Spice. It has a shiny back panel that glitters under light but it is thankfully not slippery. Being a shiny surface, it does not get finger prints so often. The phone has thick and sharp edges. A metallic thread has been placed on its four sides. The volume and power button, located on left and right hand side respectively, are made of metal as well and are thus quite tough. 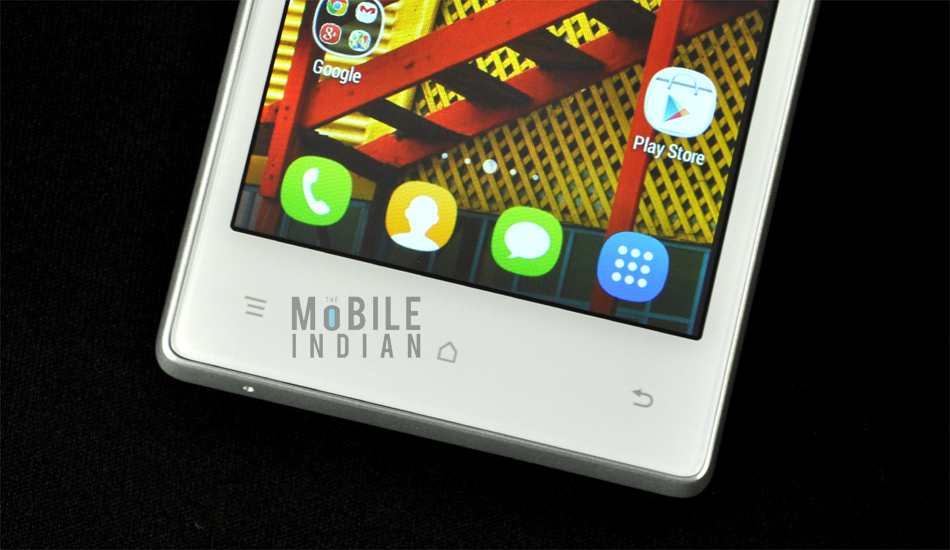 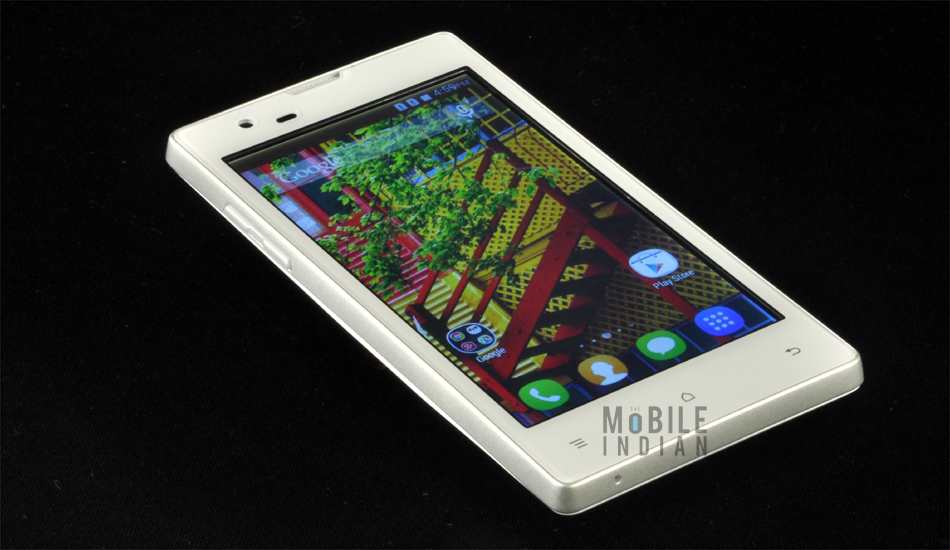 The back panel has a camera unit and an LED flash at the top while a speaker grill is at its bottom. The 3.5 mm jack and the micro USB port are at the top. A groove is located in the left hand side to take out the rear panel under which lies the SIM and micro SD card slots. 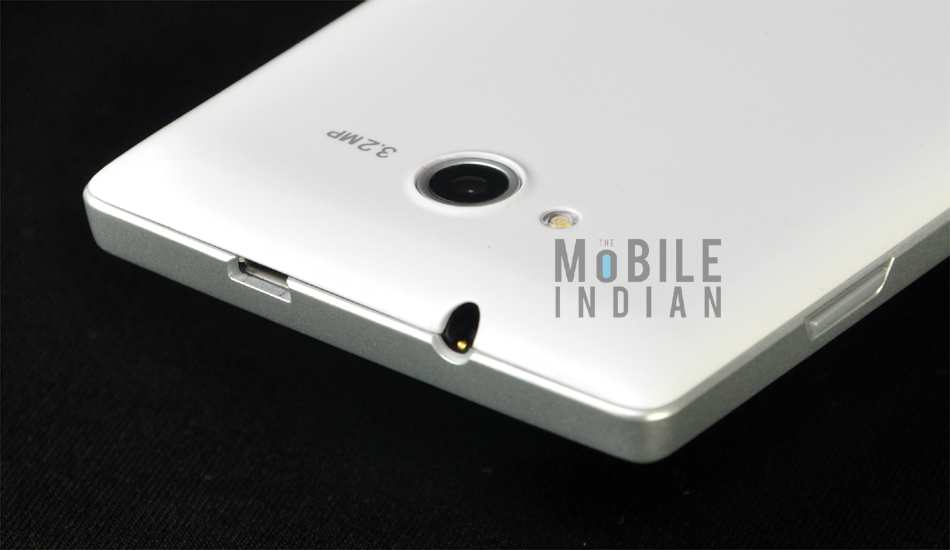 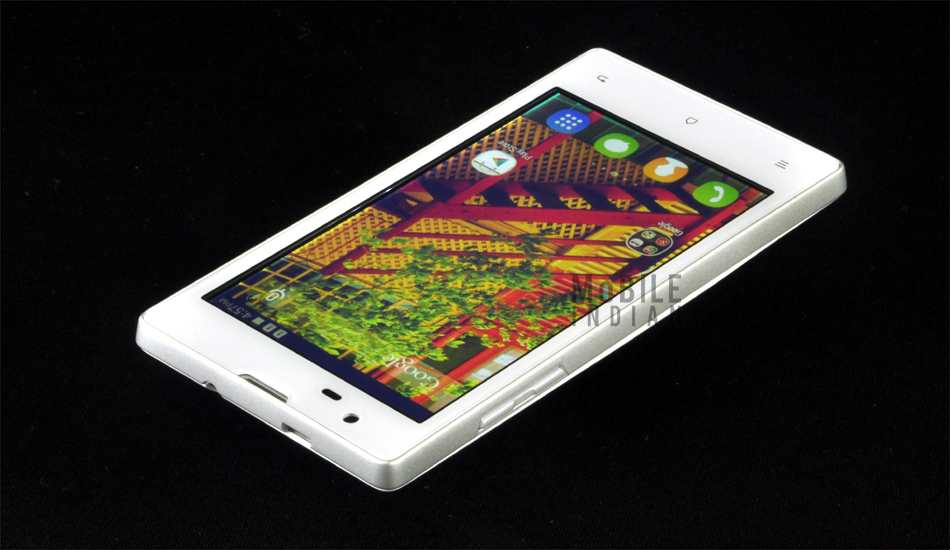 The Spice Mi 497 has a 4.5 inch touchscreen. Being an IPS screen, the display offers decent viewing angle. Also, it has 854×480 pixels resolution which is quite common to smartphones in its price range but we would have loved to see qHD resolution atleast if not HD. The touch response was decent too.

The Mi 497 comes with Android 4.4 KitKat operating system – the latest version of Android. Also it has a 1.2 GHz quad core processor. However, the phone has only 512 MB RAM and not 1 GB but one must also consider that it is priced quite low. As expected, the phone manages to run decent games but do not expect to run high end ones which is palpable. 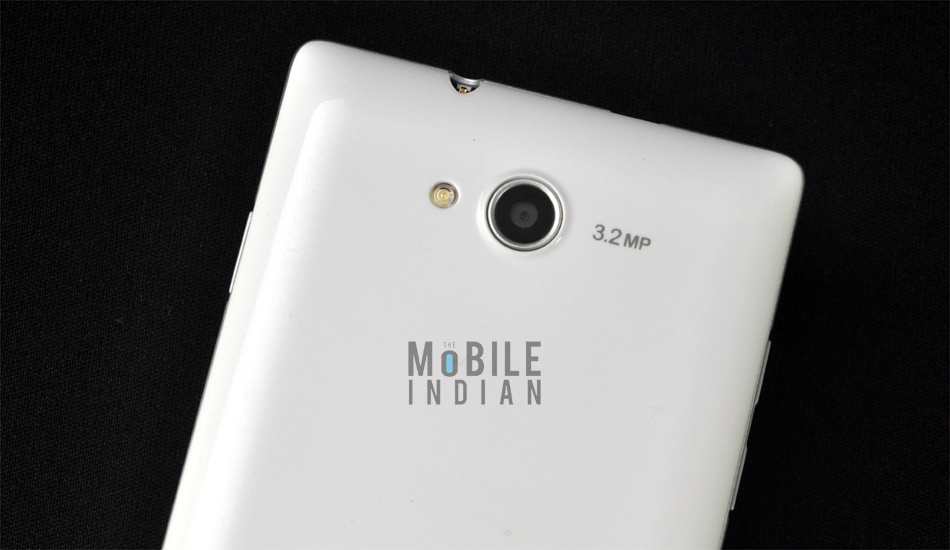 There is a 1650 mAh battery in the phone which at best will give you a day’s back up but its standby time is quite appreciable; it holds on to charge for several days. 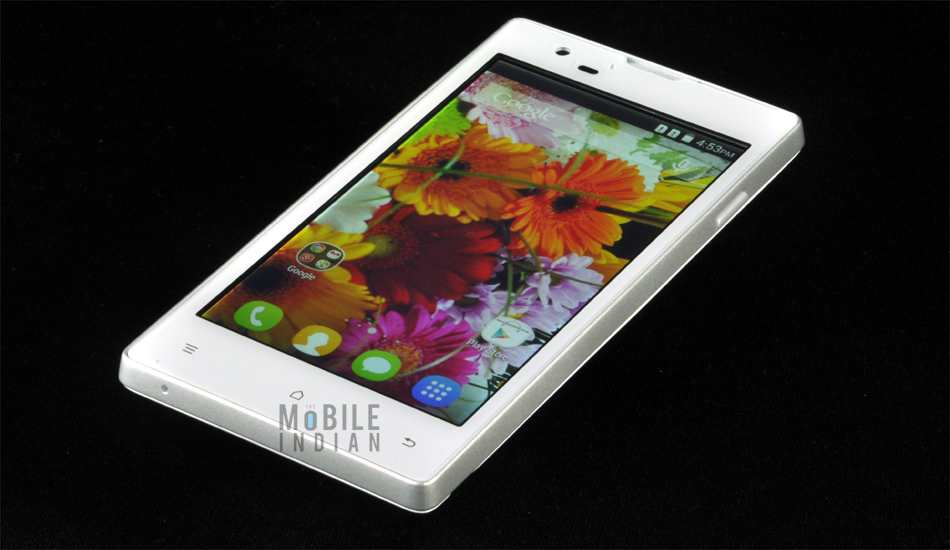 The Spice Mi 497 comes with 4 GB of internal storage and has a 32 GB micro SD card slot. Of the total 4 GB, 2.53 GB is available for users. It does not except external storage though. 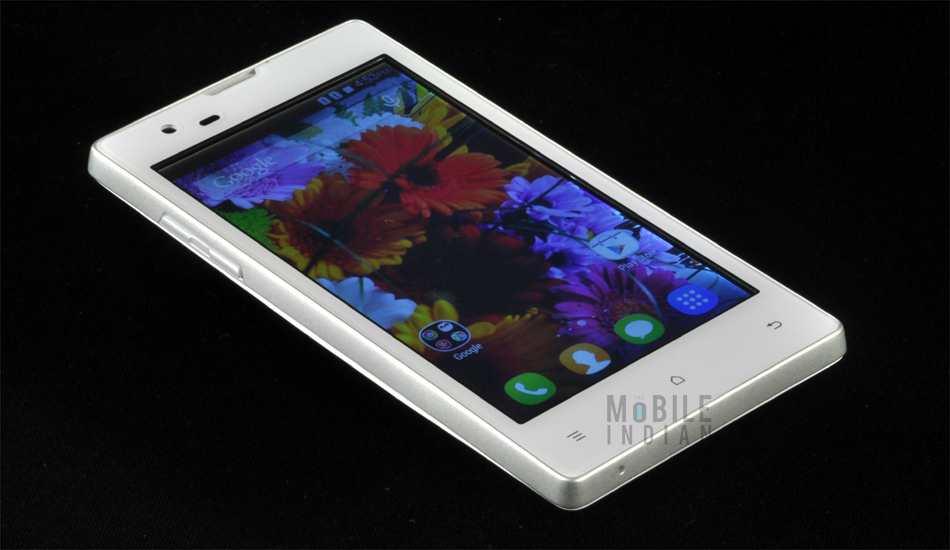 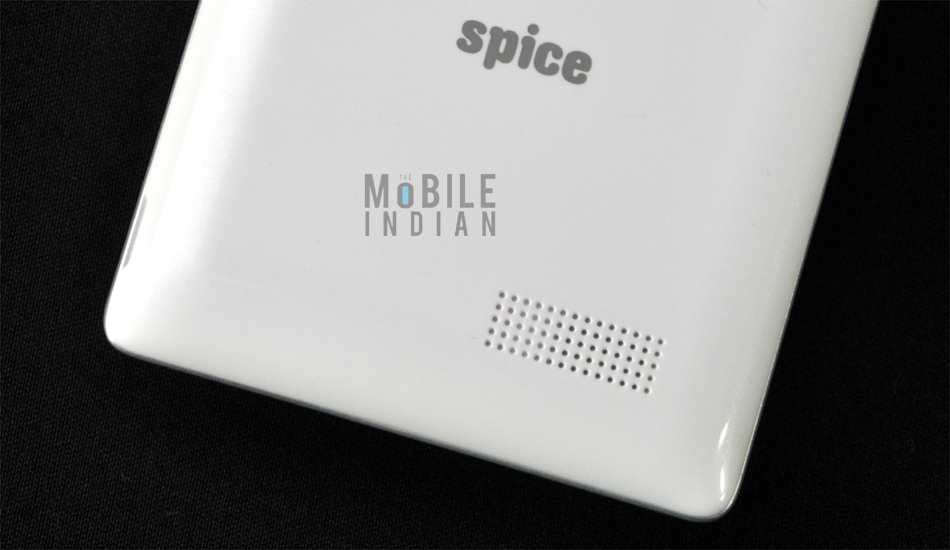 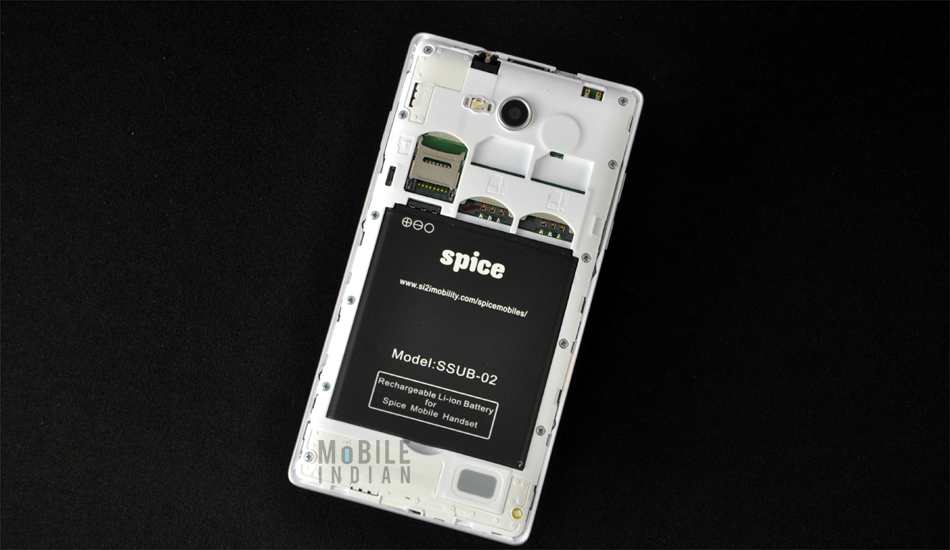 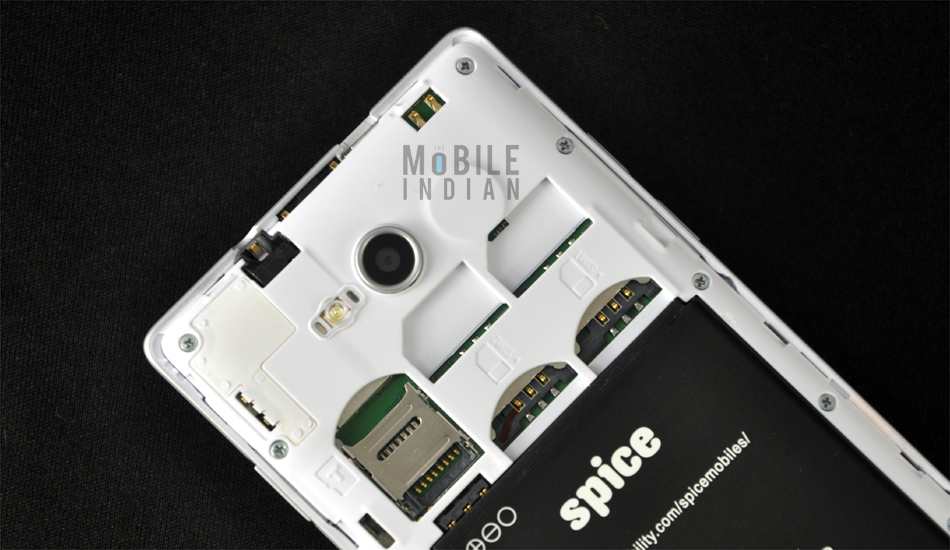 The Spice Mi 497 has a 3.2 megapixel rear camera and a 2 megapixel front camera. Both are of fixed focus in nature. There is an LED flash light as well. The phone surprisingly has HDR feature though which helps clicking slightly better pictures. However, as obvious, you should use its camera only in dire situations.

The Spice Stellar Mi 497 is now available for a competitive price of about Rs 5,500 at which it offers decent features including a quad core processor. It is thus recommended for those who want to graduate to smartphones from feature phones.