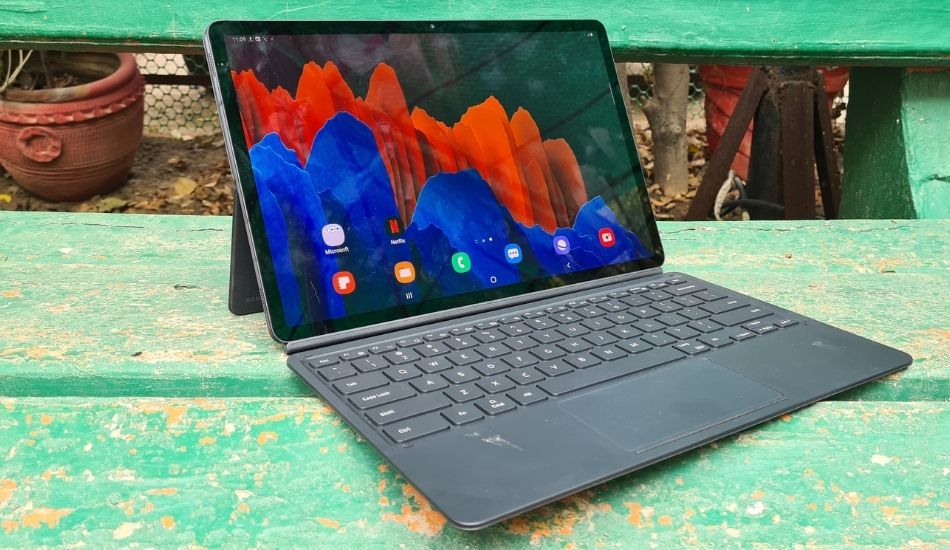 The Samsung Galaxy Tab S7+ come with a price tag of Rs 79,999 and flaunts features like a big 12.4-inch Super AMOLED display with a 120Hz refresh rate, a bundled S-Pen stylus and a Qualcomm Snapdragon 865+ processor.

Samsung is the only brand which has been launching tablets regularly in all the price segments in the world on Android. Galaxy Tab S7+ is its latest offering for customers looking to buy a premium tablet.

The Samsung Galaxy Tab S7+ come with a price tag of Rs 79,999 and flaunts features like a big 12.4-inch Super AMOLED display with a 120Hz refresh rate, a bundled S-Pen stylus and a Qualcomm Snapdragon 865+ processor. The question that might be coming to the minds of a potential buyer is Tab7+ a good buy? Let’s answer that.

In Tab S7+, the bezels on the 12.4-inch display are neither slim nor thick. They are just fine, which gives the tablet a modern look and takes care of accidental touches.

The tablet comes loaded with four AKG tuned speakers – two at the top and the other two at the bottom. Samsung Galaxy Tab S7+ has a metal frame which looks elegant. You will find the power and volume buttons along with a Nano-SIM slot on the right panel. In the bottom panel, there is a proprietary connector for attaching keyboard along with two notches for securing Keyboard case. The tablet doesn’t have a 3.5 mm audio port.

One will also find antenna lines running across the top and bottom of the frame which help the Galaxy Tab S7+ latch onto the network. The back panel has a dual camera module in the top left corner and adjacent to is a glossy patch which holds the S-Pen.

The SPpen stays in place using magnets and is automatically charged while it is attached. The Galaxy Tab S7+ weighs 575g and due to sheer size, single-handed usage is difficult. The Galaxy Tab S7+ comes with an in-display fingerprint scanner, which is towards the bottom of the display that lights up when you place your finger on it. 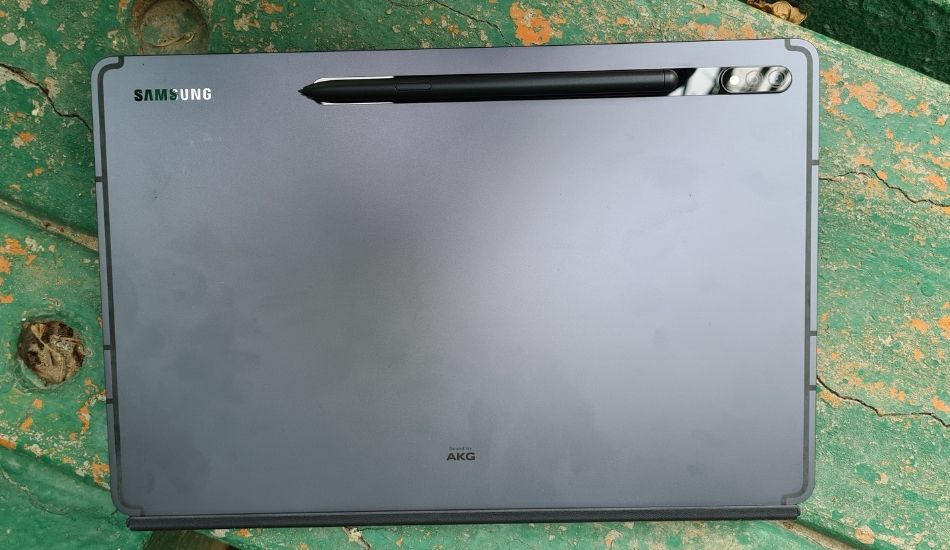 Samsung Galaxy Tab S7 has an AMOLED display, which supports HDR10+ and a 120Hz refresh rate. It is crisp and has excellent viewing angles. You can also change the colour temperature of the panel. The display of the Tab S7+ is quite bright and can be used even when outdoors but is reflective, so the angles have to be managed.

The Galaxy Tab S7+ has a high refresh rate that makes scrolling look super smooth. Consuming OTT was a fulfilling experience, and the four AKG-tuned speakers are pretty good. 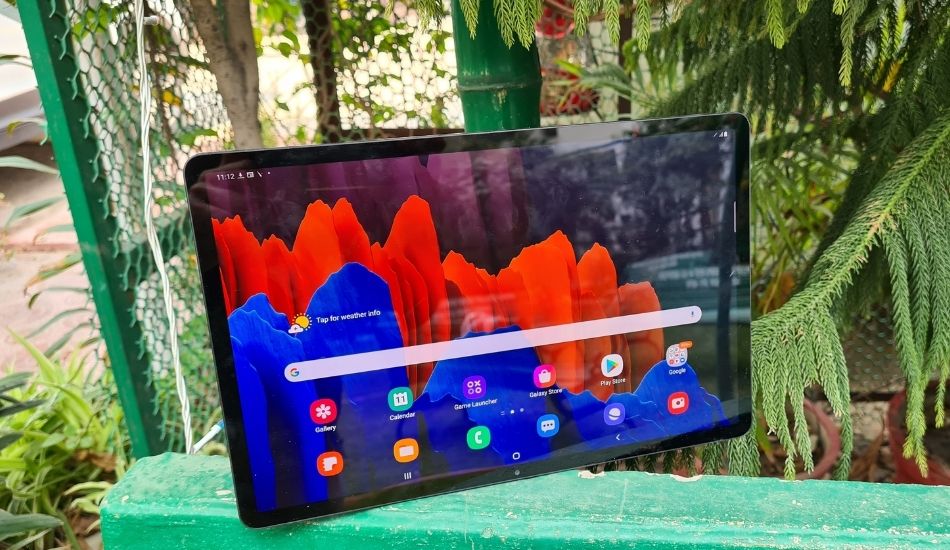 One will get OneUI 2.5 on top of Android 10, which has been scaled up for the large display, and Samsung smartphones will find the UI familiar. One can multitask quite efficiently by using two apps simultaneously but any anything more than that but it might now be convenient.

If we talk about the S-Pen, it can perform multiple things via gestures like clicking a picture scrolling thru the webpage and flicking pictures.

One can also write on the display when it is off by pressing the button on the S-Pen, and once it is done the notes can be automatically be saved, you put the pen back in the groove. Samsung has optimised the tablet to handle palm touches while writing using SPenI could rest my palm on the tablet while taking notes without any interference. 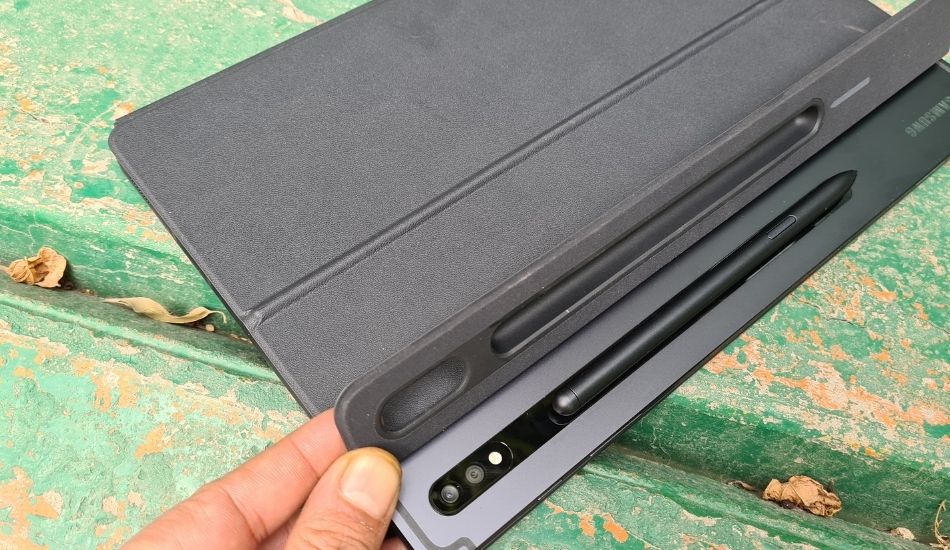 On the back panel, the Galaxy Tab S7+ has a double camera setup – 13megapixel primary sensor + 5-megapixel depth camera. An 8-megapixel camera on the front takes care of selfies. You can use these cameras occasionally but don’t expect amazing shots. The selfie camera is suitable for video conferencing which have become new normal.

Galaxy Tab S7+ is powered by Qualcomm’s latest Snapdragon 865+ SoC and is paired with 6GB of LPDDR5 RAM and 128GB of internal memory. It supports Bluetooth 5, dual-band Wi-Fi and 4G VoLTE.

Tab S7+ can handle games like Asphalt 9 without any issue, but casual games are comparatively easy to play as they have few controls and easy to manage. Interestingly, the tablet didn’t show any sign of heating up during extended gaming session. 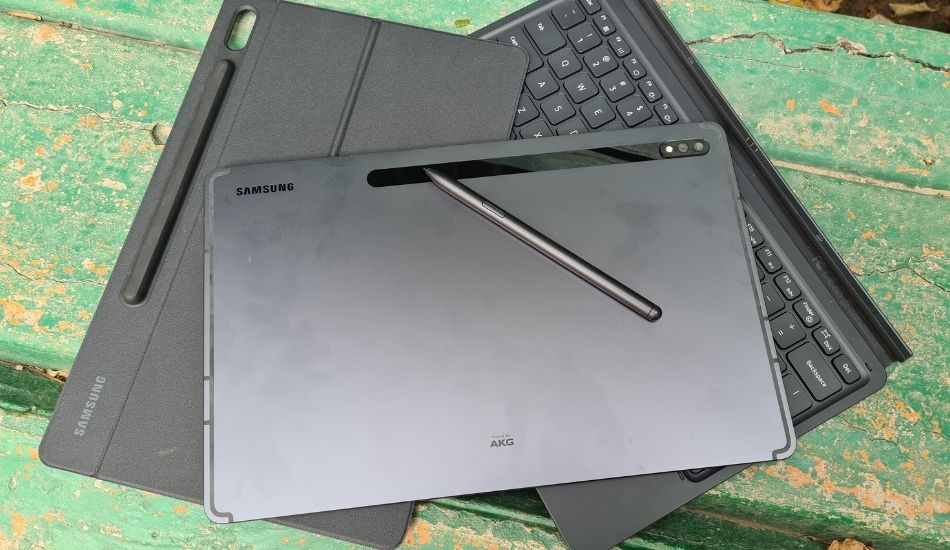 Samsung has a 10,090mAh battery and supplies a 15W charger in the box Which is a bit of discount as nowadays smartphones come with better charges. The tablet takes roughly three hours for charging.

If you a casual user, you can use the tablet for 3-4 days on a single charge, on the other hand, heavy users can get two days easily. 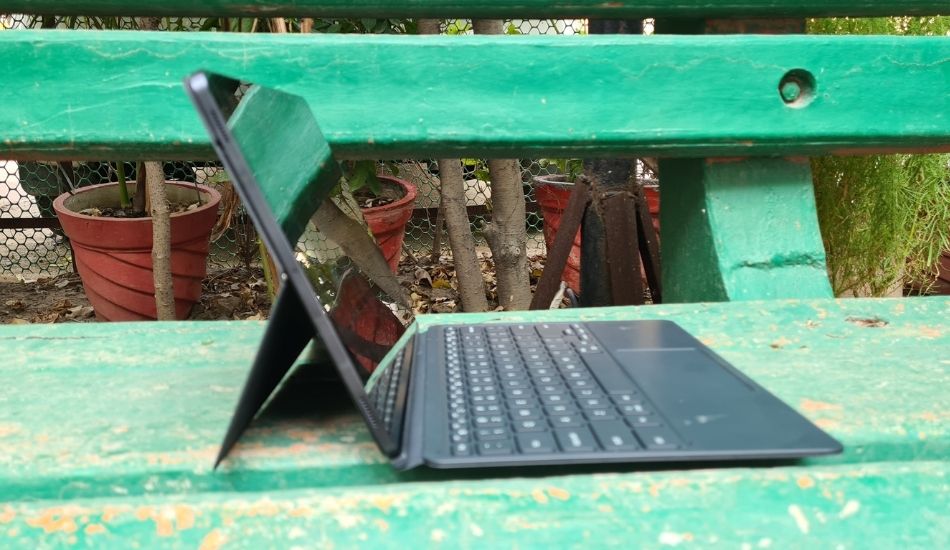 Keyboard Cover does not come bundled with the Galaxy Tab S7+. One has to buy it separately for Rs. 15,999, but we got it along with tablet fro review.

Once the keyboard cover is attached, the tablet opens Samsung Dex by default. It has function keys, as well as shortcuts keys, to manage the multimedia player. I found the trackpad to be responsive, easy to use and precise. The keys have decent spacing, and typing is a smooth affair.

The keyboard and back cover gives an impression that one is using a laptop, but one can’t work on it while keeping on the lap as it would need a solid base to keep it stable. 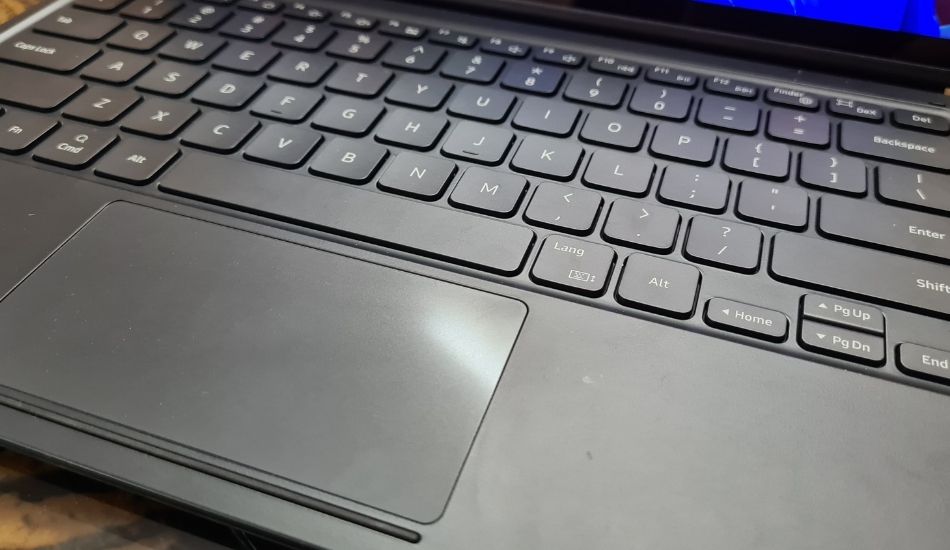 Samsung Galaxy Tab S7+ is the best premium tablet you can buy in the Android ecosystem. It is not a gaming machine! It is an all-rounder which can take care of your work and entertainment needs without compromising the user experience.