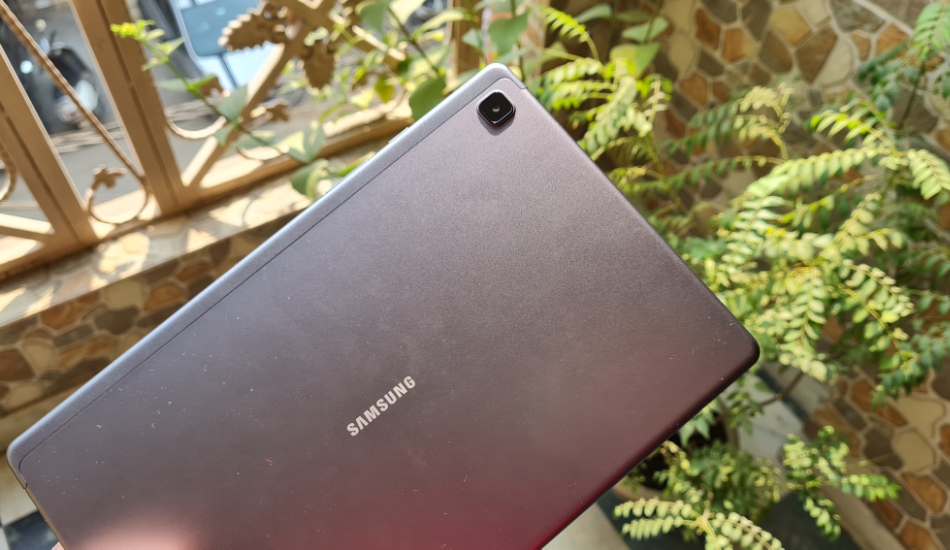 The Samsung Galaxy Tab A7 that was launched just a few weeks back has made its way to us and the tablet impresses us in some ways. Lets have a look.

The Galaxy Tab A7 released a while ago has been with us for quite some time. The Tablet doesn’t have much competition in the Android ecosystem in sub Rs 20,000 range. It is priced at Rs 16,999.

Tablet launches don’t tread the part of smartphones. New launches are fewer in number thus options are limited and customers change their tablets after a couple of years, unlike the smartphones where most of the millennials lookout for a replacement every year. Todat we are going to present the review of Samsung Galaxy A7 – a mid-budget tablet. 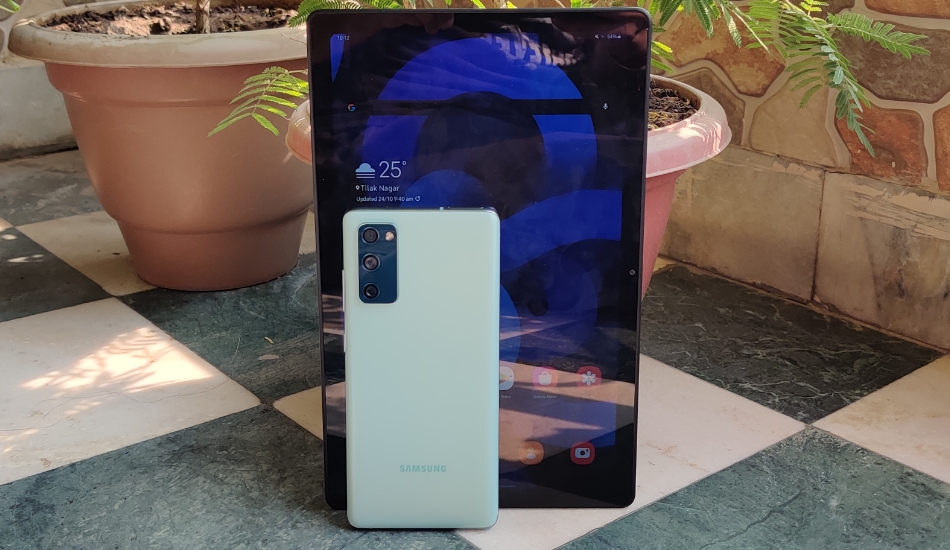 The design of the Samsung Galaxy Tab A7 has been kept pretty subtle. On the front, we have a 10.4-inch WUXGA+ TFT display with a resolution of 2000×1200. On the back, we have the rear camera and the Samsung logo. On the top, we have the front camera. On the top side though (when held in landscape orientation), we have the volume rocker and the power button. 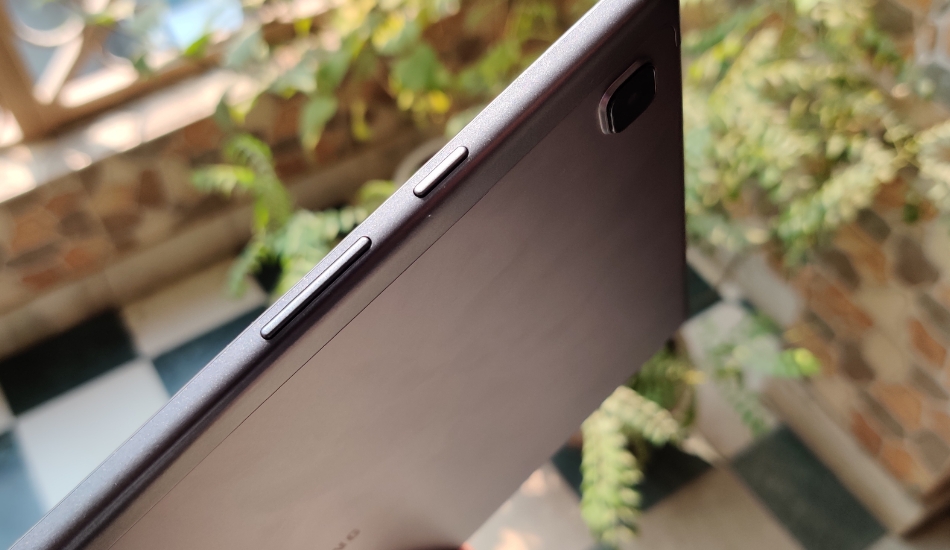 On both sides, we have 2 speakers, which means a quad-speaker setup. On the right, the two speakers are joined by a type-c port and a 3.5mm headphone jack. 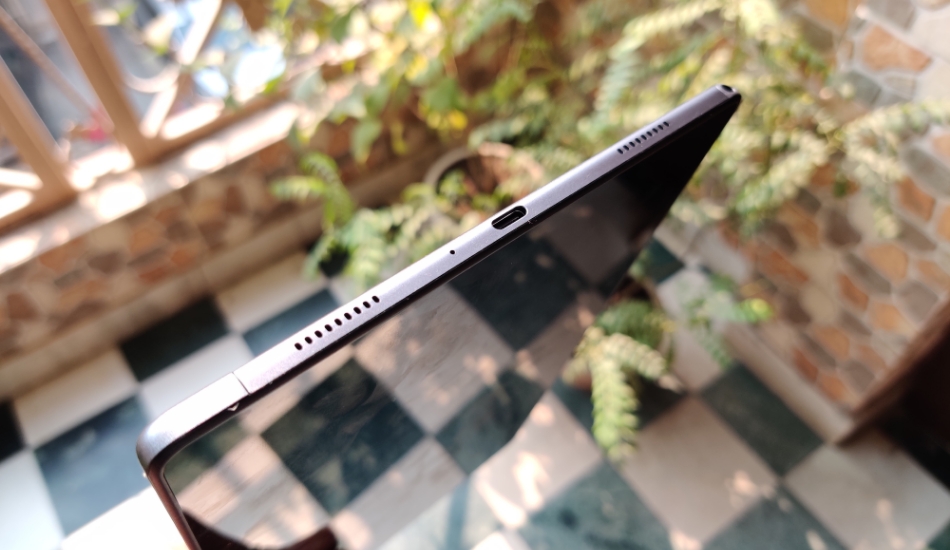 The device is very slim and feels light and premium to hold. The weight distribution has been done nicely and the tablet can be easily held with one hand. Overall, a nice experience holding it. 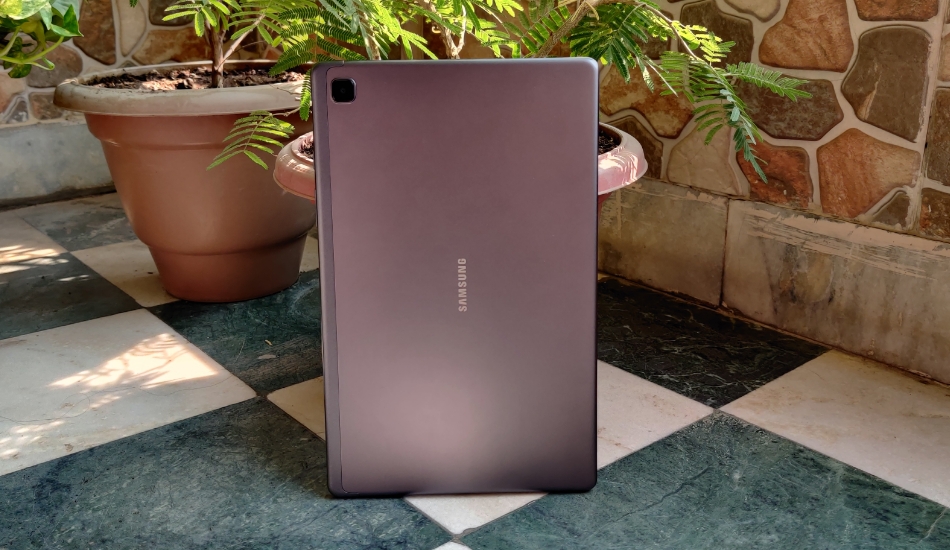 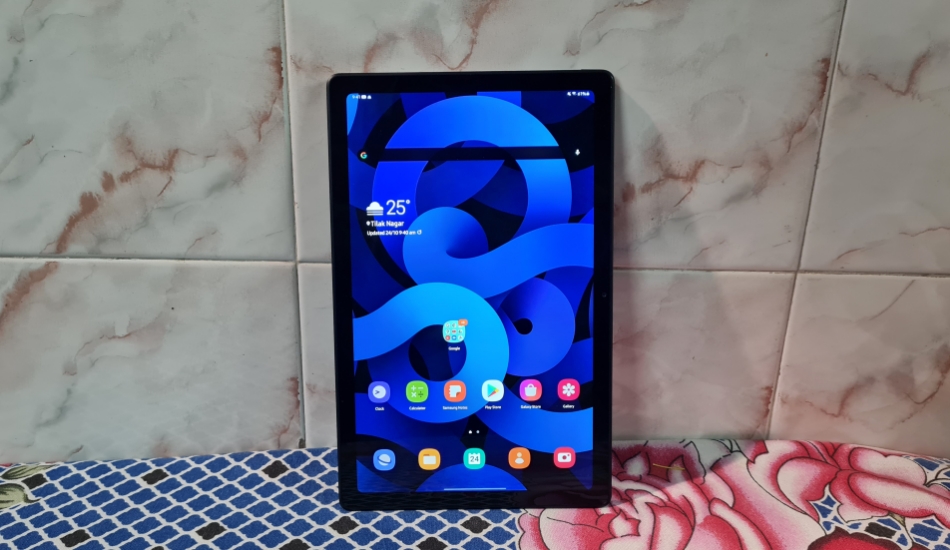 Coming to the display, the tablet impressed me but just to an extent. With a display which is 10.4-inches, I feel 1080p resolution is just not enough because I clearly see pixelating with certain icons. Also, at certain angles and use case scenarios, the image being displayed on the display felt a bit blurry. In my opinion, a display with a higher resolution would have definitely done the trick. But the overall experience was good with such a big display in your hand. So overall I would give it a rating of 7 out of 10.

The Galaxy Tab A7 is powered by the Snapdragon 662 paired with 3GB of RAM and 32GB of storage with expandable storage up to 1TB. 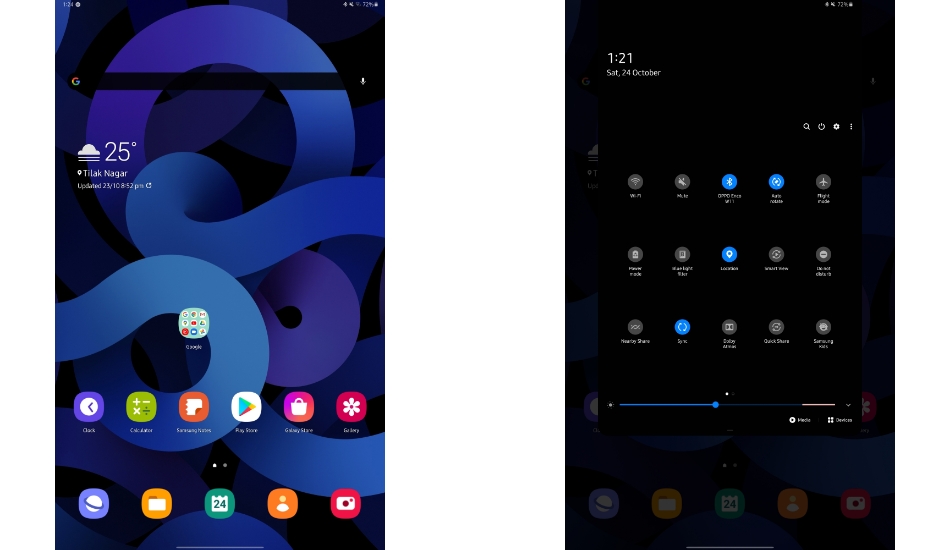 The Tab A7 runs on OneUI 2.5 based on Android 10. The device doesn’t have any fingerprint sensor but supports PIN protection and even Face Unlock. Also, the tablet doesn’t have any vibration motor to alert you with vibration so that is something to keep in mind. It also has a feature where you can link the tablet with your Samsung device so if you receive a call on your phone, you will also be alerted on the tablet about the incoming call.

The Tablet performed average during the review. I could notice it lagging when some app opening animations were taking place. Also, multitasking isn’t a breeze on this one because of just 3 gigs of RAM. The tablet is aggressively shutting down apps in the background and the apps had to be reloaded in a short period of time.

While app openings were laggy and the system lagged throughout, it was still able to keep up with whatever I threw at it even if it took its own sweet time to complete the tasks, except the games which I am going to talk about below.

This is the segment you are looking for if you are planning to buy the Tab A7. The tablet has been made for consuming media and it does well in that department. 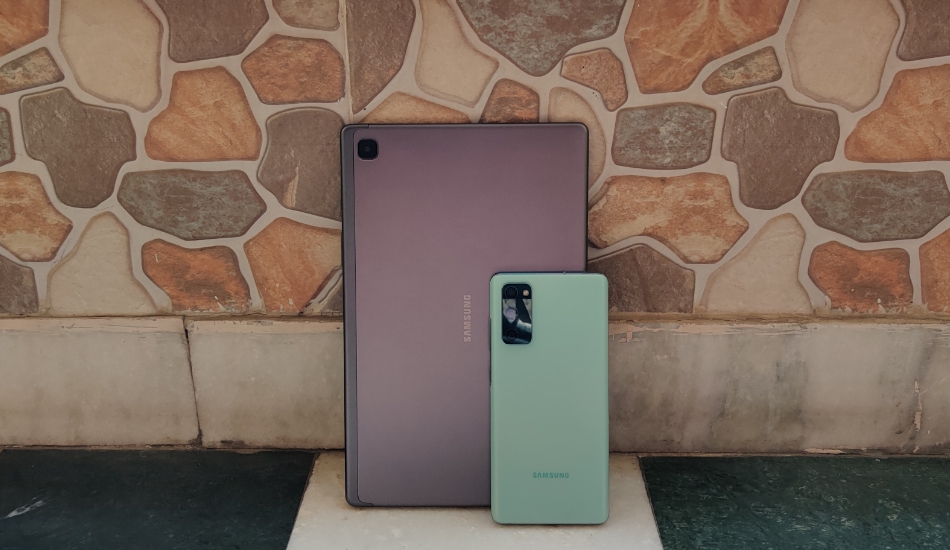 I would say that the 1080p display does hamper the Experience a bit but it won’t stop you from watching YouTube videos or Netflix on this tablet as it is made for that. While I watched YouTube videos, I enjoyed the overall experience as I had a 10.4-inch display in the palm of my hand. 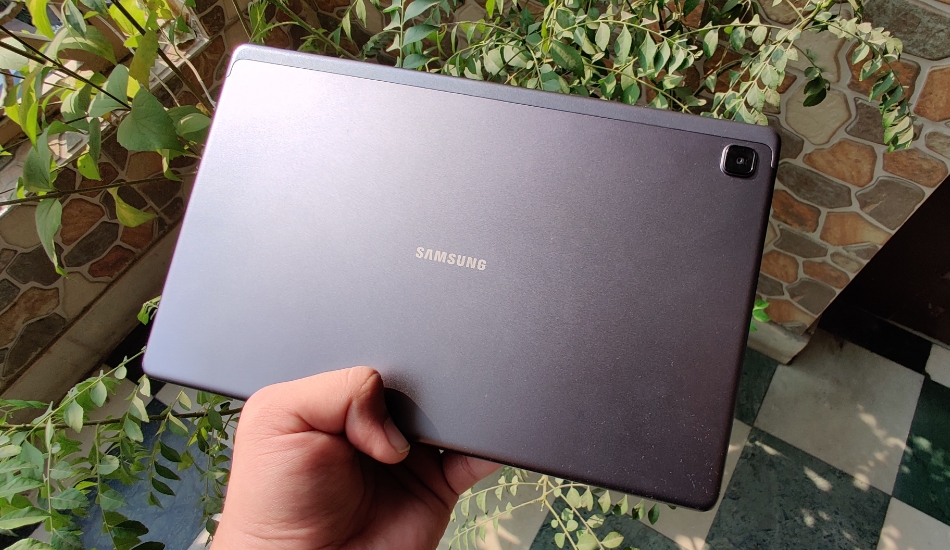 Keep in mind that if you are not buying the tablet for gaming. The tablet just can’t handle heavy games like call of duty or Asphalt 9. Casual gaming with very basic graphics can be done with no issues.

Listening to music was the activity I found myself doing the most because the experience with the quad speakers was just amazing. The speakers also have Dolby Atmos support which works amazingly. 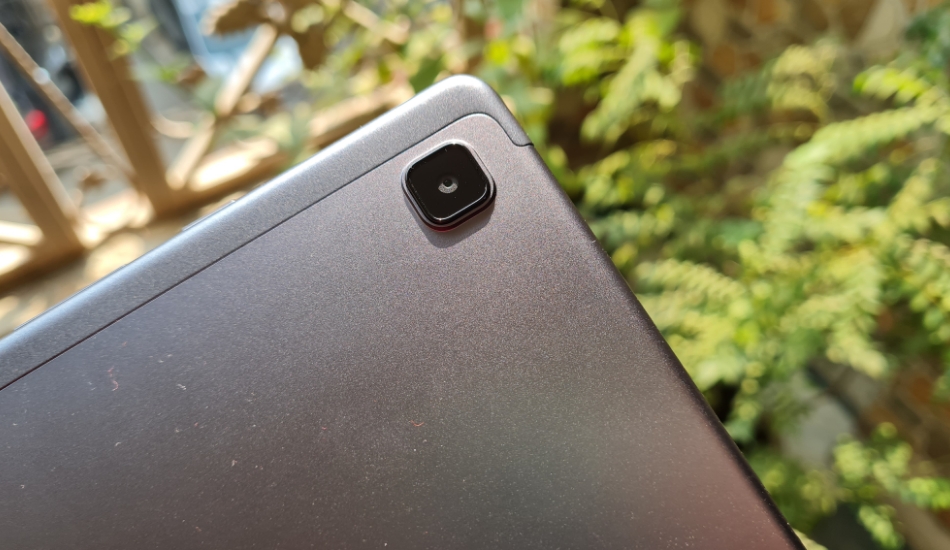 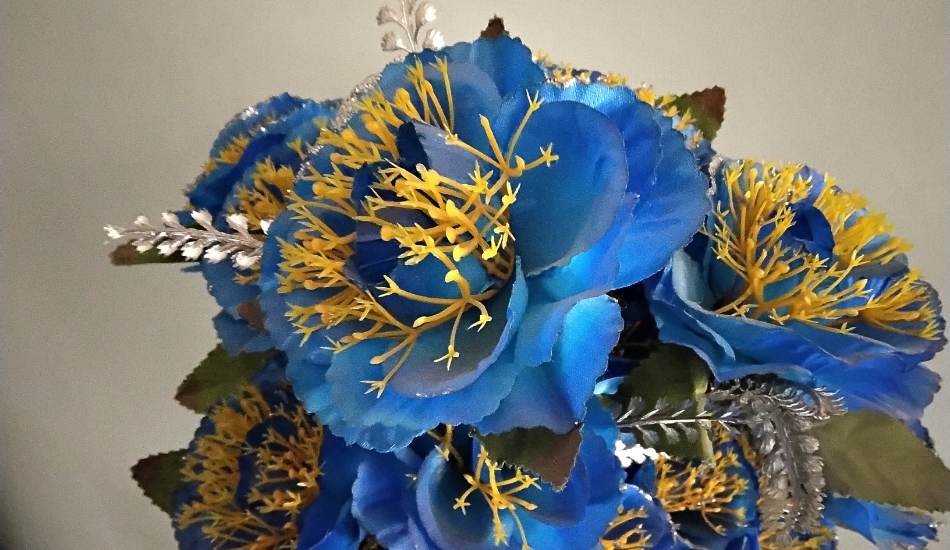 Coming to the camera, it has an 8MP autofocus camera and being honest, the rear camera just doesn’t cut it. It clicks photos and that’s where it ends because there is not much detail in the pictures and the colours look faded. The selfies were also the same or even worse. I would suggest you stick to your phone for clicking photos and not the tablet. 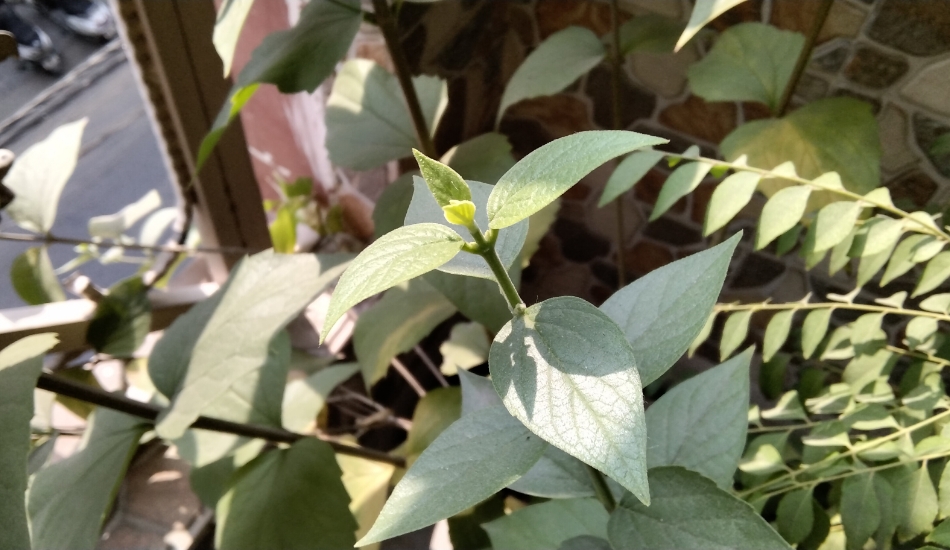 Talking about the battery, it has a 7040mAh battery with 15W fast charge support but the 15W charger is sold separately. In-box, you get a 7W charger which charges the device in about 3 hours and 40 minutes from 10% to 100%. 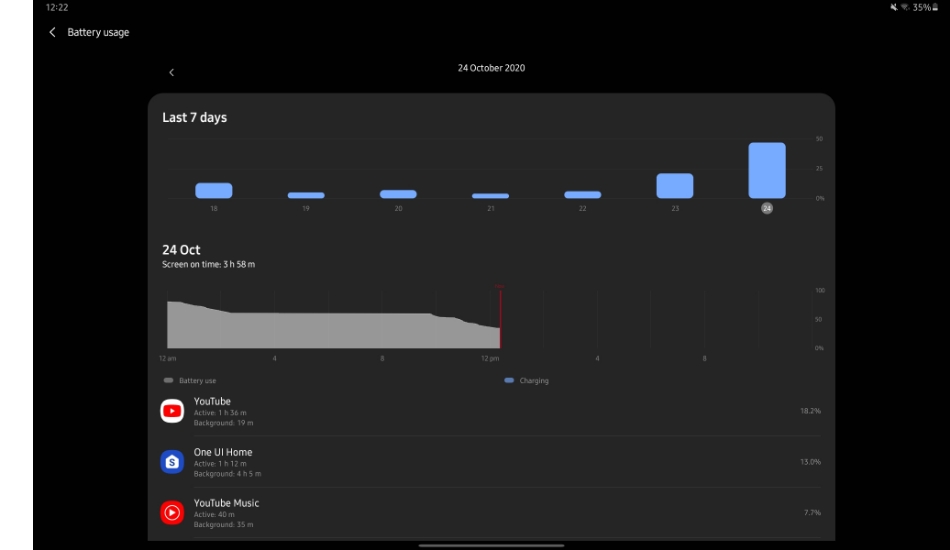 The tablet went down from 100% to 35% in 17 hours which includes about 7 hours of standby time in which the battery drop was 0% which is amazing. With still 35% left, it could last me around 2-3 hours more which means a total of 12-13 hours of battery life with a screen-on time of 5h 33m and still counting. My usage involved lots of YouTube streaming, YouTube music, casual gaming, and browsing chrome.

This is very good battery life. With such battery life, it can easily last you long flights, 2 days of work, watching movies, and much more.

The Galaxy Tab A7 is a meant for media consumption and light task but if you are looking to buy it for hardcore gaming or multitasking this tablet is not meant for you.