Samsung Galaxy S20 FE Review: Light on price but is it high on performance? 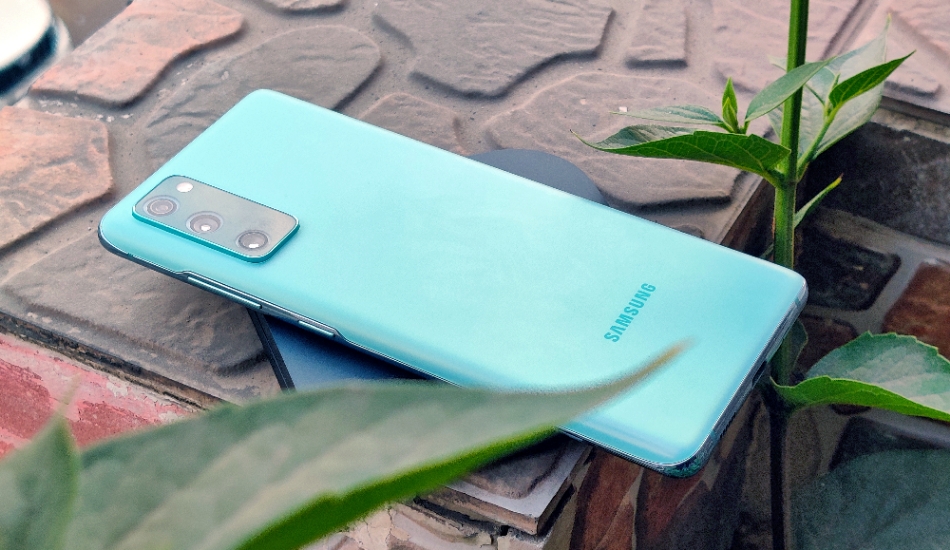 The Galaxy S20 FE is being touted as the affordable flagship by Samsung while also competing with the OnePlus 8T. But does it prove itself to be a better flagship? Let's have a look.

Galaxy S20 FE is priced at Rs 49,990 and in terms of pricing directly competes withOnePlus 8T which also has the same price tag.So is the Samsung Galaxy S20 FE the right choice for you? Does itstrike a balance between performance and cost? Let’s find out in our review.

The Galaxy S20 FE comes in five colour – Cloud Red, Cloud Lavender, Cloud Mint, Cloud Navy and Cloud White. I guess no one will complain about the lack of colours as anything apart from standard black and white colours are always refreshing. The rear of the smartphone features a textured finish to minimize smudges and fingerprints. We had Cloud White coloured review unit and it looks elegant.

However, Samsung did cut some corners to bring the price down. One of them being the usage of polycarbonate material in the back panel butIt doesn’t feel like plastic at all and definitely gives a premium feel when you hold the device. Apart from that FGalaxy S20 FE doesn’t feel bulky or heavy. 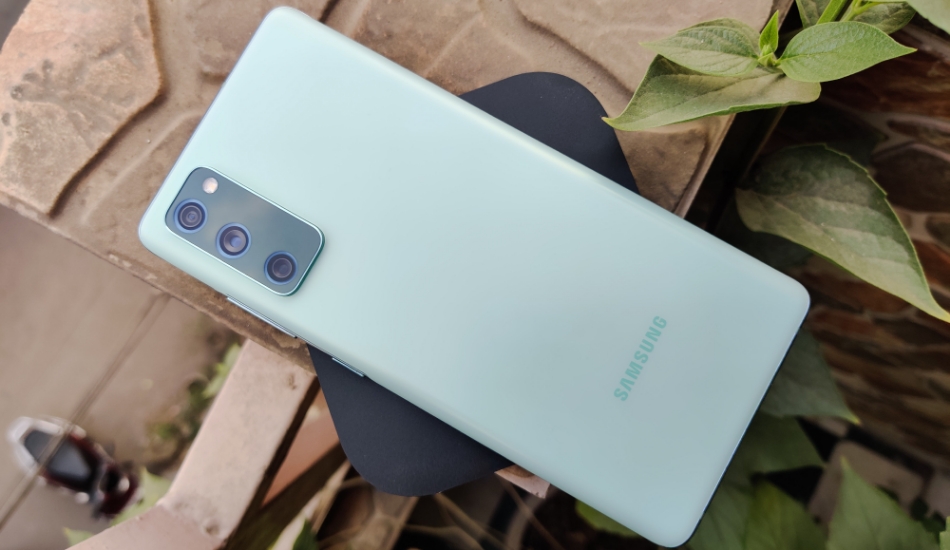 Now let’s look at other aspect s of design. We have a SIM tray and a mic up top along with a speaker grill for taking calls which also doubles as a speaker. The speakers on the device are great. As there’s a dual speaker setup, the sound is clear and loud, exactly how it should be in a flagship. 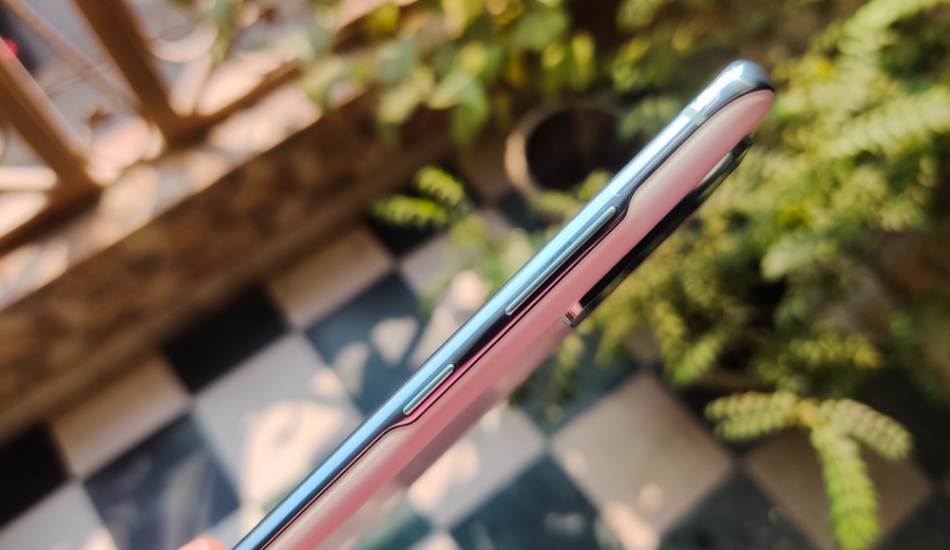 Then there are the power button and volume rocker on the right, another mic, a type-c port and speakers on the bottom and nothing on the left. 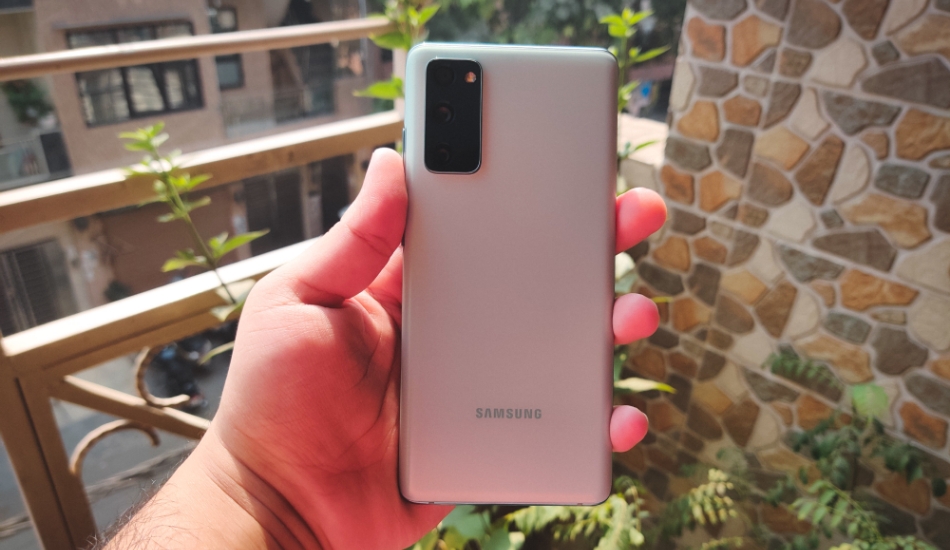 Coming to the display, the device has a 6.5-inch 1080p FHD+ Super AMOLED display with a refresh rate of 120Hz and touch response rate of 240Hz. The display on the device is super. Everything looks crisp and clear with vibrant colours. I did have an issue with refresh rate though which I will talk about later. 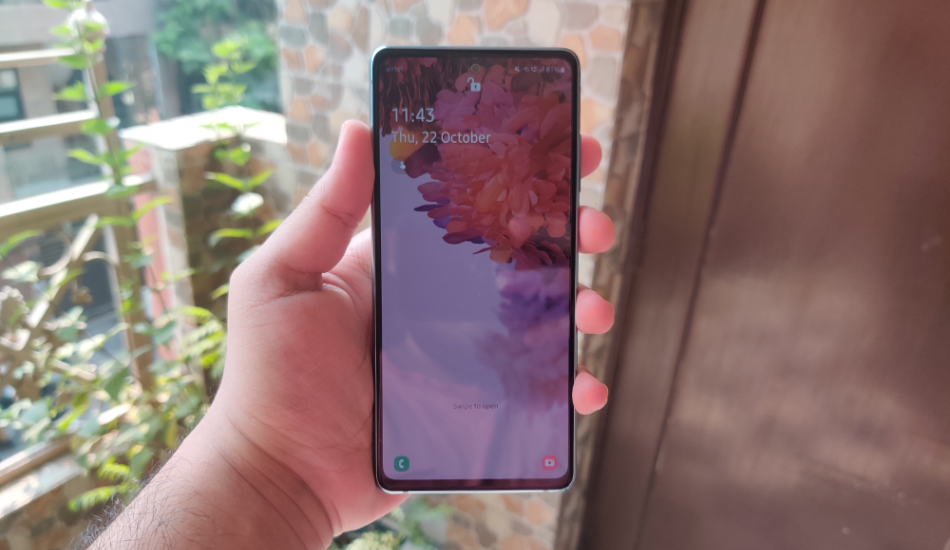 The Indian variant of the Galaxy S20 FE is powered by Samsung’s own Exynos 990 paired with 8GB of RAM and 128GB of storage. The processor is equivalent to the Snapdragon 865 which means the performance should be top-notch. But it missed the mark during our review.

Talking about the Pros in performance, the device runs on OneUI 2.5 based on Android 10 which felt really smooth and didn’t lag anywhere during day-to-day operations, even with heavy tasks. But that’s where the pros end. 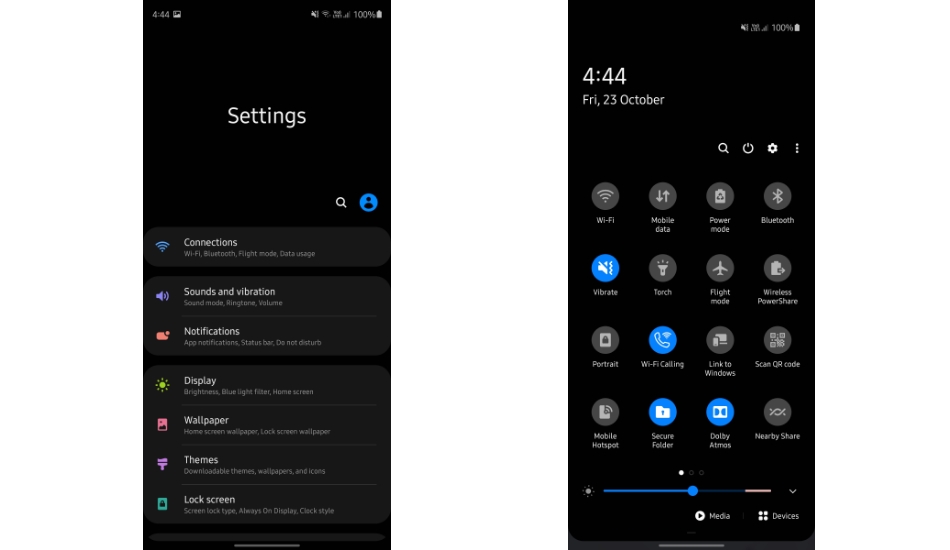 Surprisingly, the S20 FE was able to handle Asphalt 9 in 60fps at the highest quality which finally was good news. We have been informed that software update will fix the above-mentioned issues but till that time issue will remain. 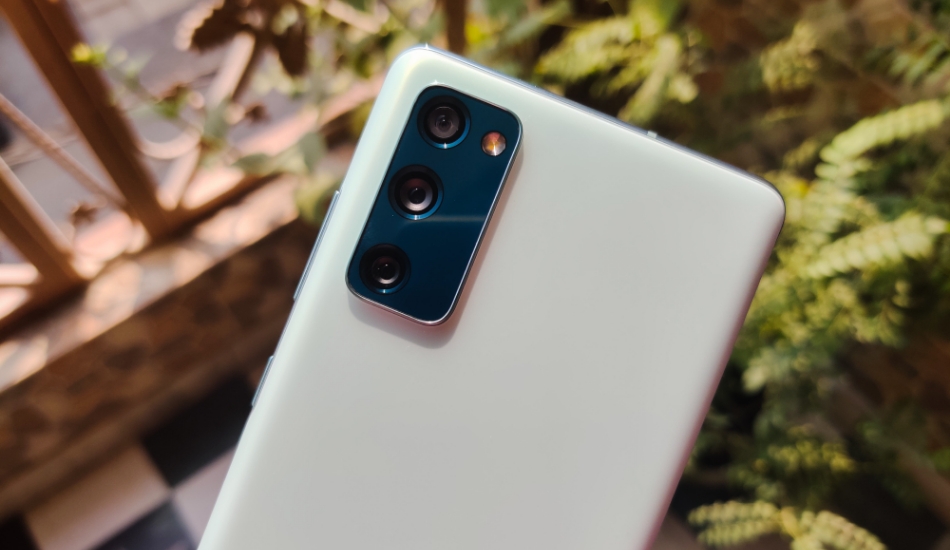 The cameras seem to be one of the most impressive parts of the smartphone. The S20 FE comes with a triple-camera setup with a 12-megapixel wide-angle camera with a 123-degrees field of view, 12-megapixel secondary sensor with an ultra-wide-angle f/2.2 lens, and an 8-megapixel telephoto shooter. On the front, the device has a 32MP shooter for selfies.

Starting with the camera application, it has a straightforward UI and is an exact replica of the application we found on the Galaxy S20. It has a bunch of features including single take, super slo-mo, live focus, pro mode, etc. The list of features within the app just goes On and on. 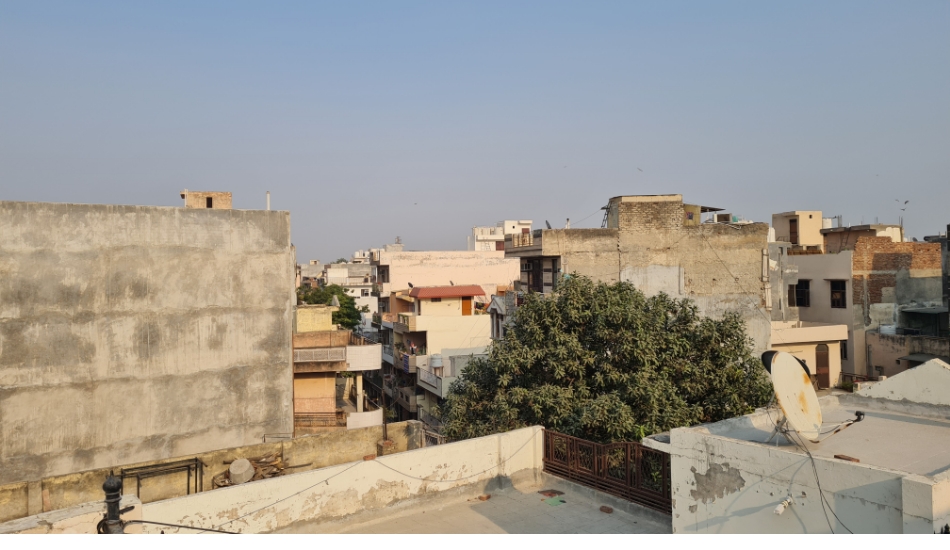 Coming to photography, The camera just excelled when it came to outdoor shots. The dynamic range was good, colours were great and the sharpness of the picture was very good with almost no noise in the picture. 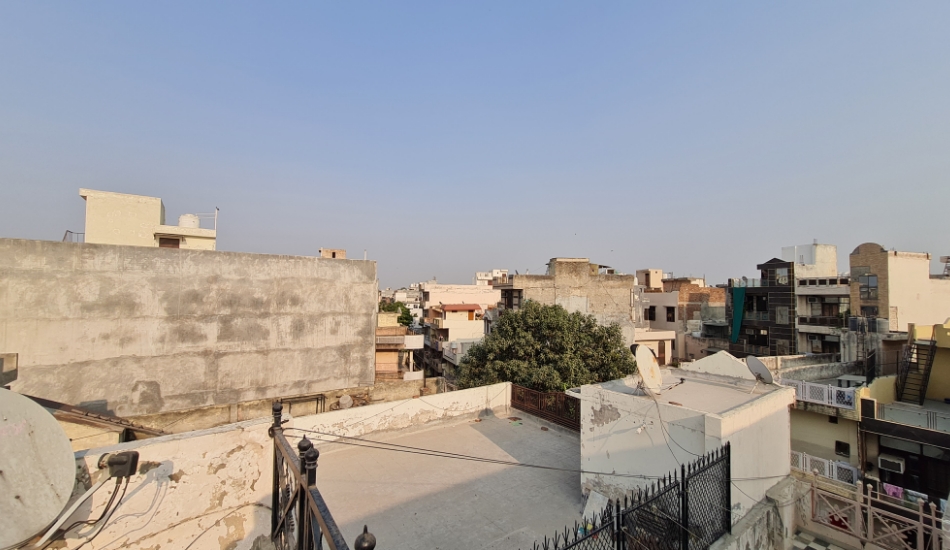 When clicking wide-angle shots, I didn’t notice any shift in colours which is an expected element when shooting with wide-angle cameras, but in this case, the shift was close to none which is a good thing. The camera shots came out to be great colour and sharpness wise even when clicking with the wide-angle. 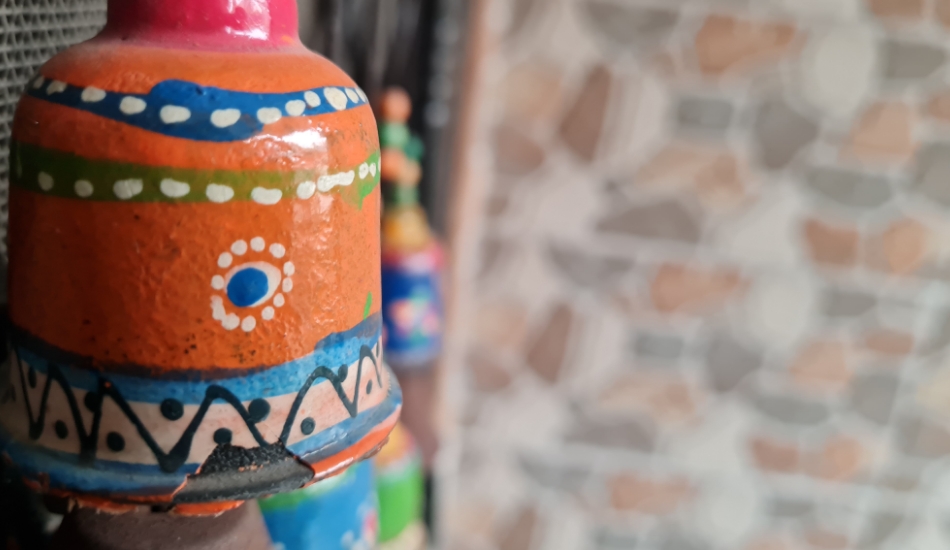 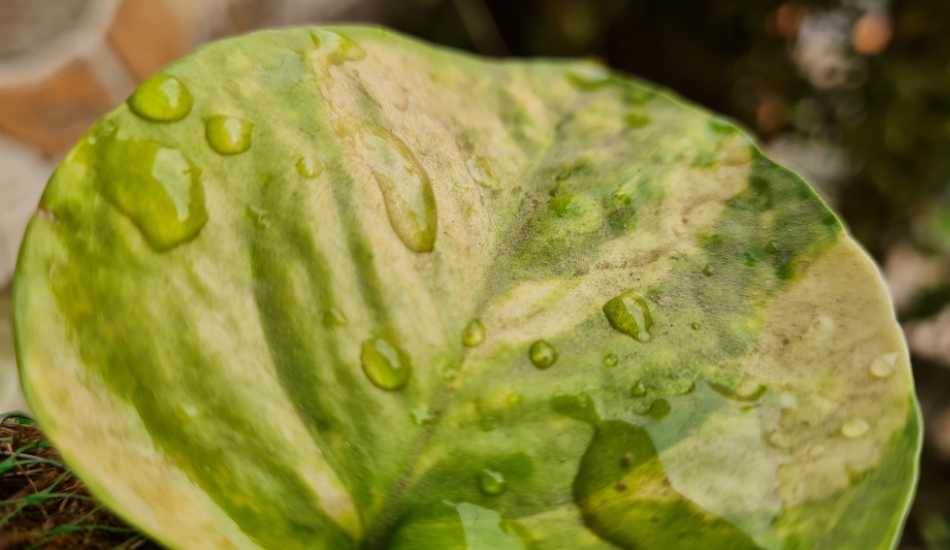 The telephoto shooter on the other hand was also a great performer and created a good bokeh effect when clicking pictures in portrait mode or in close-up. You have up to 30x zoom available but at that point, the pictures just become too grainy and don’t look good. 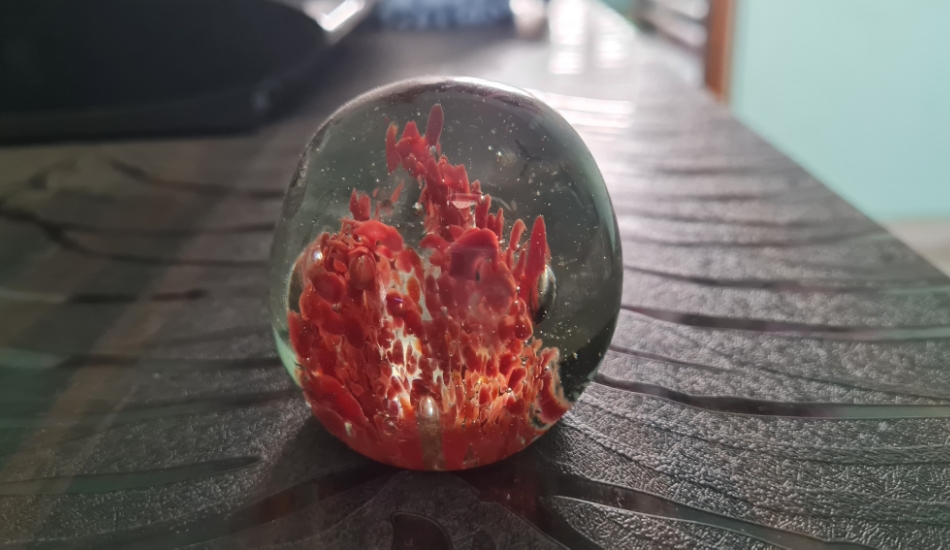 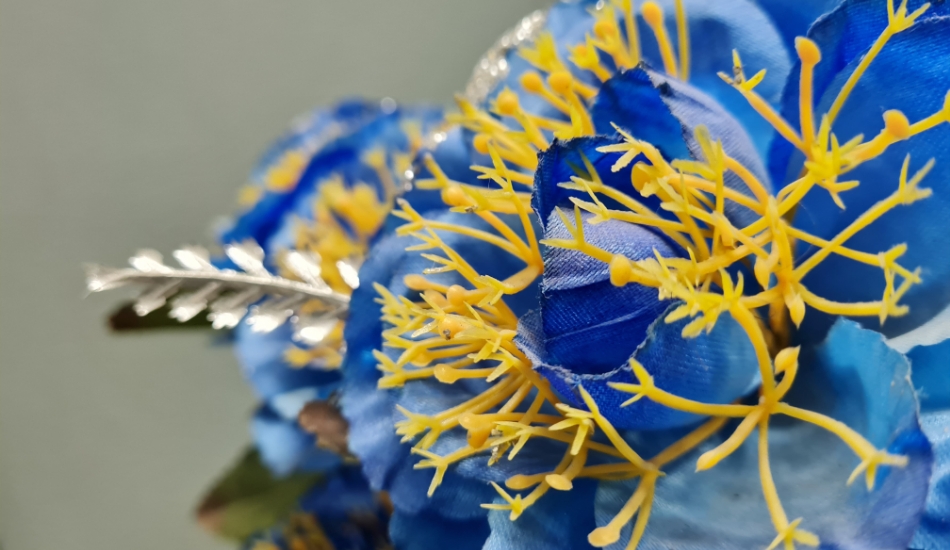 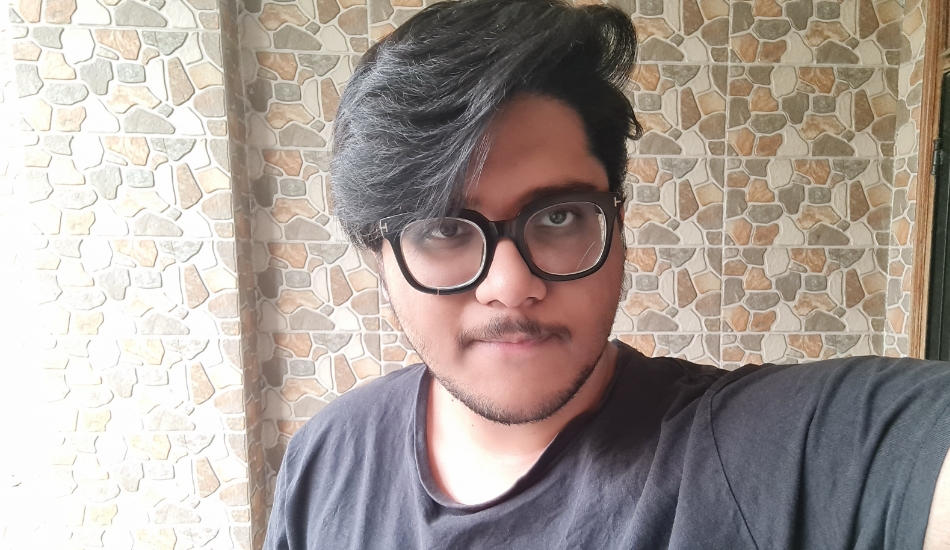 The selfies weren’t anything extraordinary but were shareable and looked good if you don’t go into much detail.

Another disappointment I had to face was the battery life because I expected it to be better than what I got. The device is backed by a 4,500mAh battery with a 15W fast charger provided in-box, even though the device supports upto 25W fast charging. To compare. The 8T supports 65W fast charging and the company even ships a 65w fast charger in-box which is great. 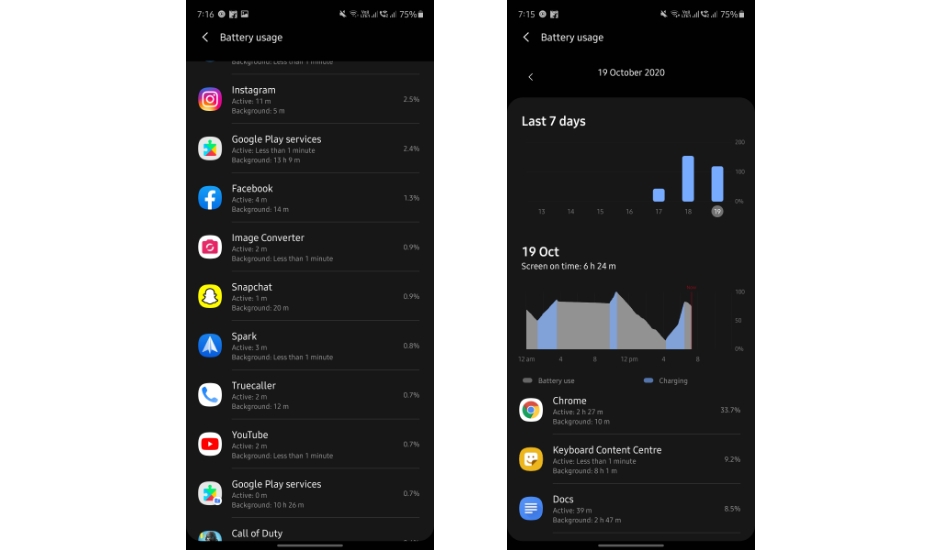 Coming to the point, the device gave me a screen-on time of 4h 40m before it dropped to 15% with heavy usage. My usage included streaming youtube videos and music, browsing chrome, using Google Docs. Even with no gaming, and no standby time, the battery percentage dropped pretty quickly than what I had expected.

To check if some apps were causing the battery drain, I did add some apps to the Deep Sleep list in which the system doesn’t let those apps run in the background and battery life did improve just a bit but not much.

If I had to blame someone, it would be a lack of optimization with the Exynos 990 because of which the device heated and the battery dropped quickly. We don’t know whether these issues were particularly present with our unit or if this is how the device should perform.

Currently, the OnePlus 8T is looking to be a better device because the S20 FE still has some major cons like heating, even though it is being showcased as a flagship device.

The Galaxy S20 FE has the potential to be one of the best smartphones in its price range but it needs updates to make that happen. As on now, it looks like an incomplete package with bugs, heating issues and below-average battery life.