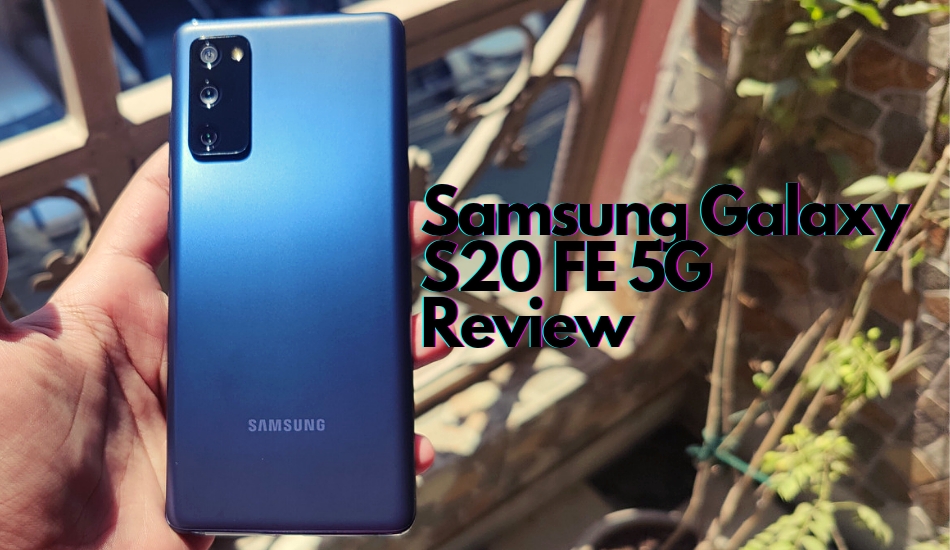 Samsung's latest (second) attempt to impress its fans across India is the Galaxy S20 FE 5G. Does it stand well up to the mark? Lets find out.

Samsung’s latest take to impress its fans in India that might as well be counted as a second attempt, is the Samsung Galaxy S20 FE 5G. This Fan Edition phone from Samsung comes as a follow-up smartphone to Samsung’s last year S20 FE but there’s a difference between these two devices and its the chip that’s powering the phone.

While the variant that was launched in India last year came with an Exynos 990 chip despite the US and some other regions getting the Snapdragon variant, Samsung finally decided to bring the Snapdragon counterpart to India as well and in our opinion, this does make a lot of difference. During our review of the Exynos-powered S20 FE, we had faced a lot of issues and the review went a bit sideways for Samsung but it seems like its finally going to change. 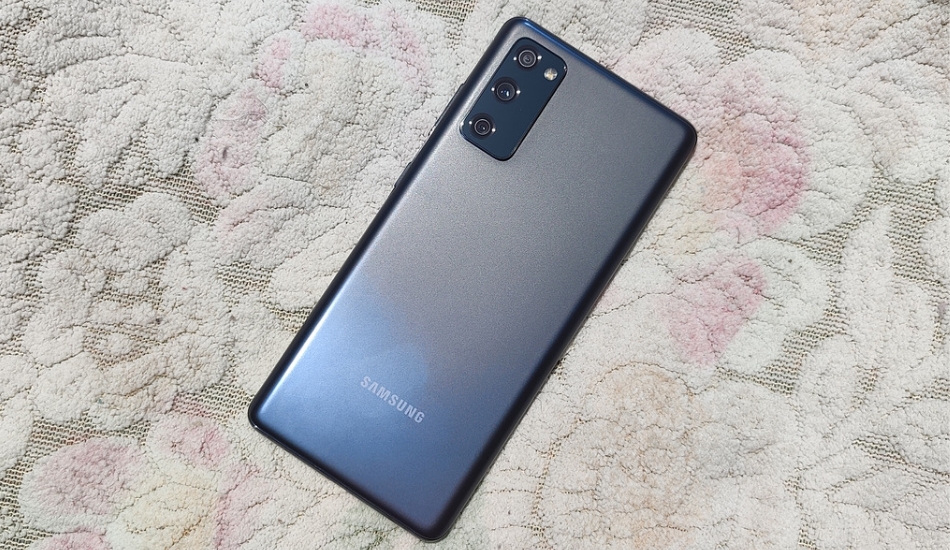 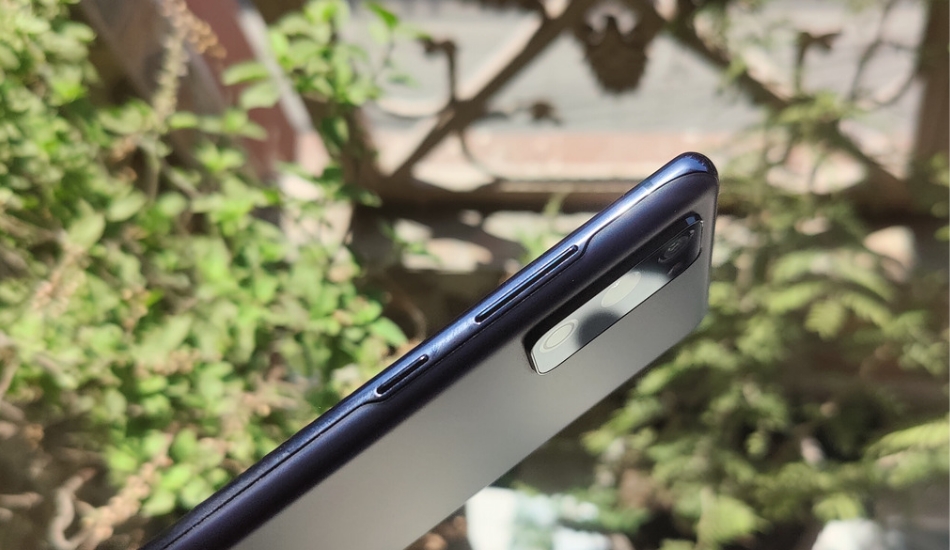 The design remains identical to last year’s variant with similar button placement and hardware. We got the cloud mint colour last year but this time the Navy blue didn’t disappoint us either. Although the rear is made of plastic, Samsung doesn’t let you feel it and gives a matte finish which can attract a bit of fingerprints at times with sweaty hands but it is definitely better than what a glass back panel has to offer. 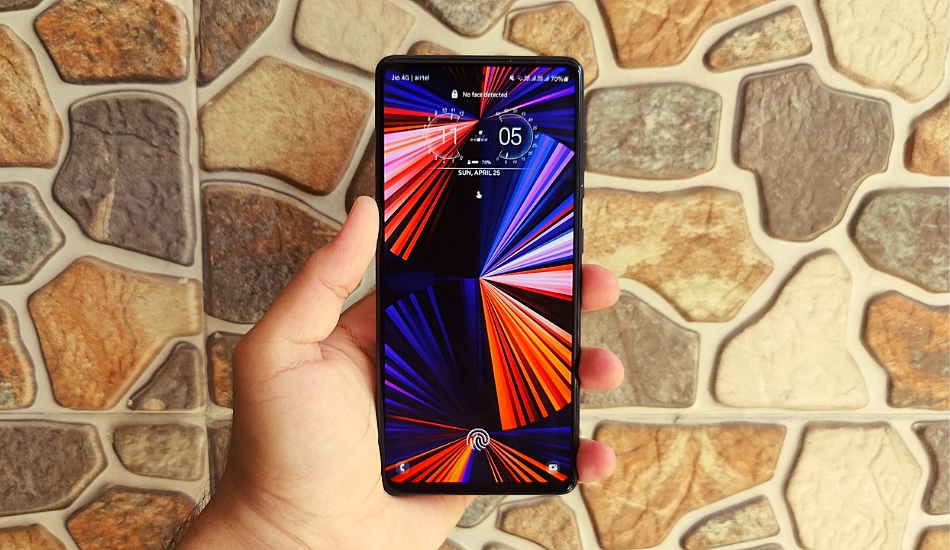 Samsung mostly impresses when it comes to displays and this time is no different. The experience is exactly the same as the S20 FE where the display can get super bright under direct sunlight and outputs punchy colours. With a 120Hz refresh rate, scrolling is a breeze along with OneUI’s pleasant looking animations. 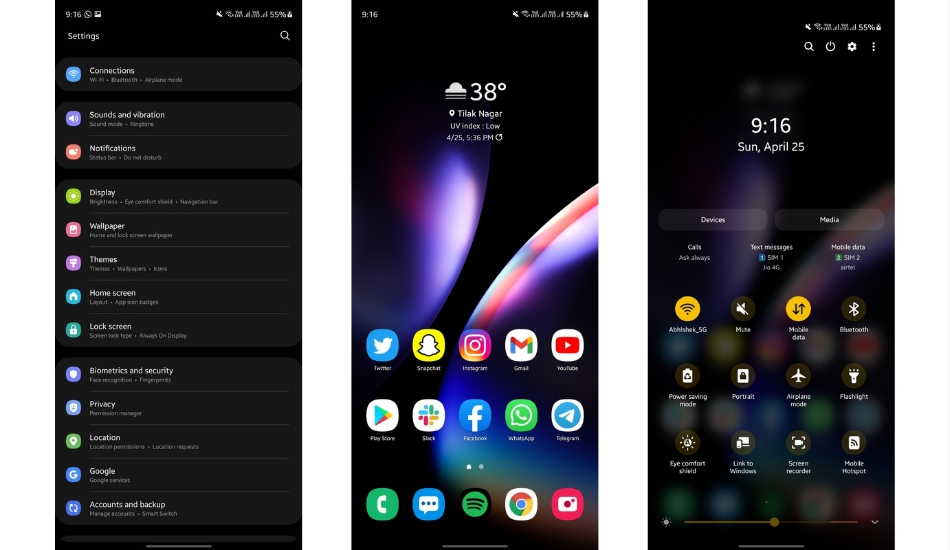 The Galaxy S20 FE 5G comes with the Snapdragon 865 SoC paired with 8 gigs of RAM and 128 gigs of storage. This is the segment where the S20 FE fell short compared to its competitors and went downhill. But in this very same segment, the S20 FE 5G shines brighter and even beats some of the latest contenders in its respective price range that come with a newer Snapdragon 888. 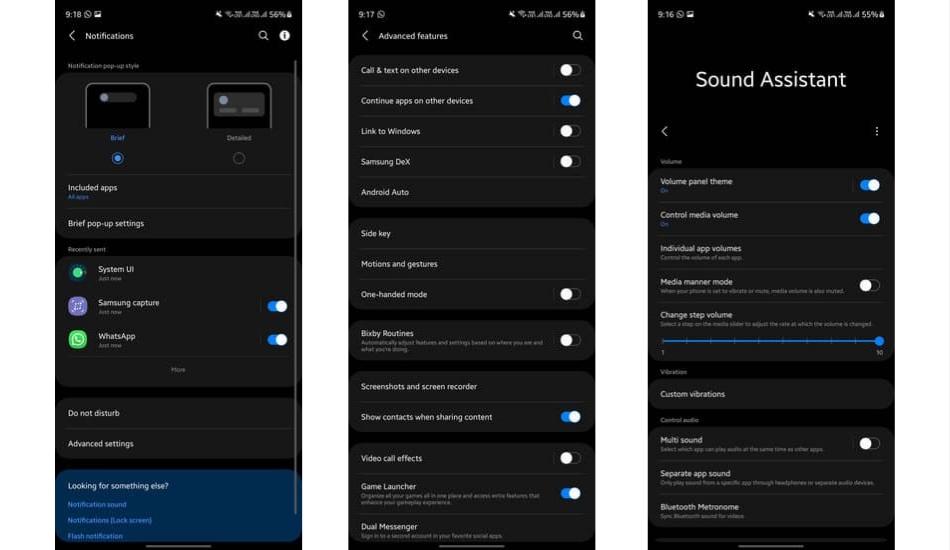 The Galaxy S20 FE 5G handled every task with ease without any lags. Last year’s S20 FE had major issues even with daily usage as the refresh rates dropped, phone being heated up, stutters all around the software and more. With the Galaxy S20 FE 5G though, I didn’t face any such issue. Yes the phone did heat up at times while using the camera, or while doing some task that was heavy on CPU but it cannot be categorized under uncomfortably hot. The phone kept up with whatever it was instructed to perform. 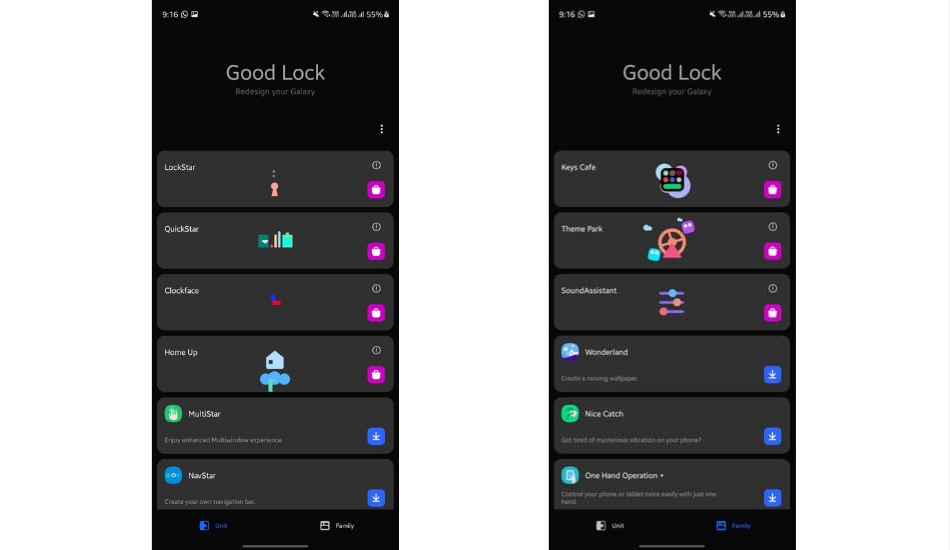 Coming to OneUI, the phone comes loaded with OneUI 3.1 based on Android 11 and is feature-packed to the very core. From the animations to app openings, everything feels fluid and fast and there are no complaints in respect to performance. Pairing OneUI experience with Samsung’s Good Lock module, the customization on your Galaxy can go to the next level. I would really like to appreciate Samsung seeing what it has done with Good Lock with various updates. It is a must for your Galaxy smartphone and I would highly recommend to download it after you set up your device. The deep level of customization takes the overall experience up a notch.

I also tried a few games and as expected, there were no issues or any major frame drops, although, there were some minor ones while playing Call Of Duty Mobile. With other games like Project Cars Go, Asphalt 9, the phone ran them fine.

For connectivity, I didn’t face any type of issues as the calls were loud and clear on both ends. The Wi-Fi connectivity though, had a hit and miss kind of situation as when I held the phone in landscape, I could often notice the Wifi signals dropping and very rarely even disconnecting. This might be because of the antenna positioning that gets covered with one’s hands when held in horizontal position. Apart from this, the Wi-Fi had no problems and the phone utilized full speeds that were available with my plan.

Samsung Galaxy S20 FE 5G is backed by the same 4500mAh battery as its Exynos counterpart but the results vary by a big margin. Where I could barely get 4.5 hours of SOT on the Exynos-powered variant and that too the phone getting dead before the end of the day, the new Snapdragon variant got me through a whole day with light usage while I was able to kill the battery before the end of the day with heavy usage. My usage included lots of browsing, streaming, calling and a bit of gaming along with Always-on display that gave me around 6.5 hours of Screen-on time which is impressive. 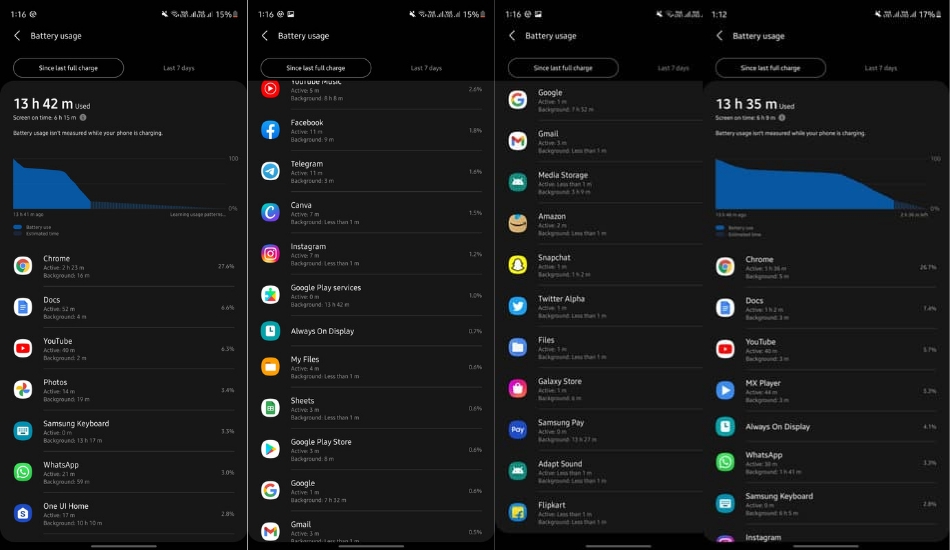 However, to charge the battery you get a 10W charger in box while the S20 FE 5G itself supports up to 25W fast charging. Interestingly, Samsung provides a 25W charger with the Galaxy A72 that costs Rs 35,000 but isn’t providing the same with a flagship which is just disappointing when the competition is providing up to 65W chargers. The phone takes around 2 hours to charge from 15% to 100% with a 10W charger provided in the box whereas this time is decreased significantly when using a 25W charger. 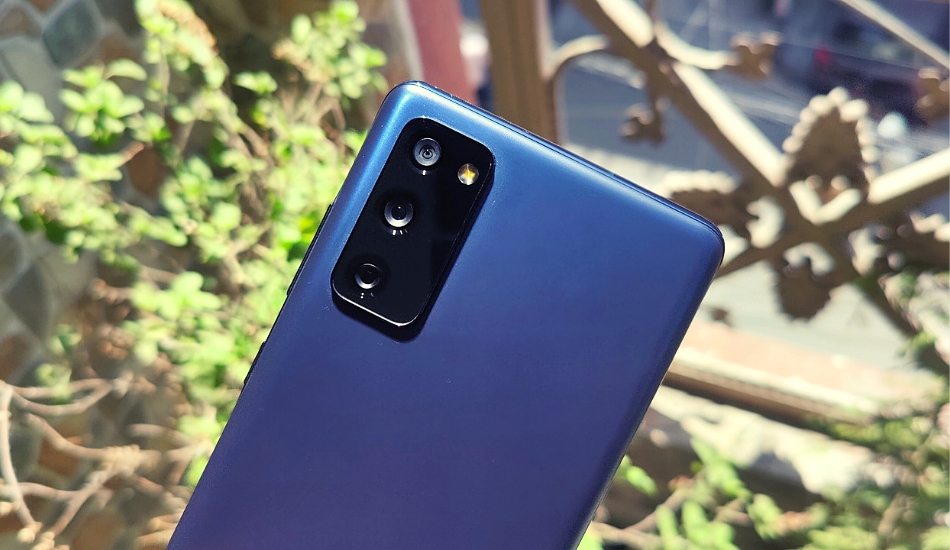 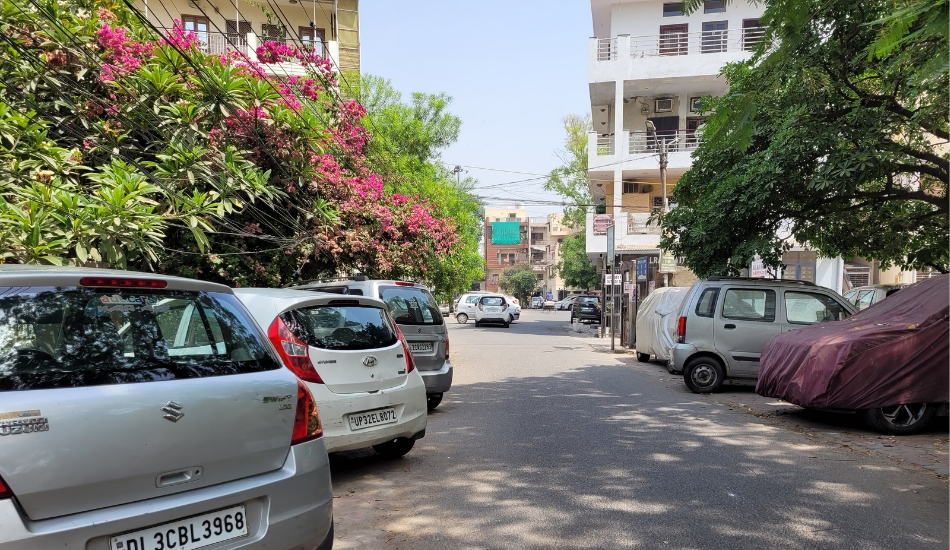 The shots from the primary sensor came out to be as impressive as last time. With good dynamic range and colours, the sharpness of the photos was on point. The colours looked really bright and super close to what actually was the colour. When zooming in, the 12MP sensor doesn’t give up the detailing either and the final shots resulted out to be noise-free. 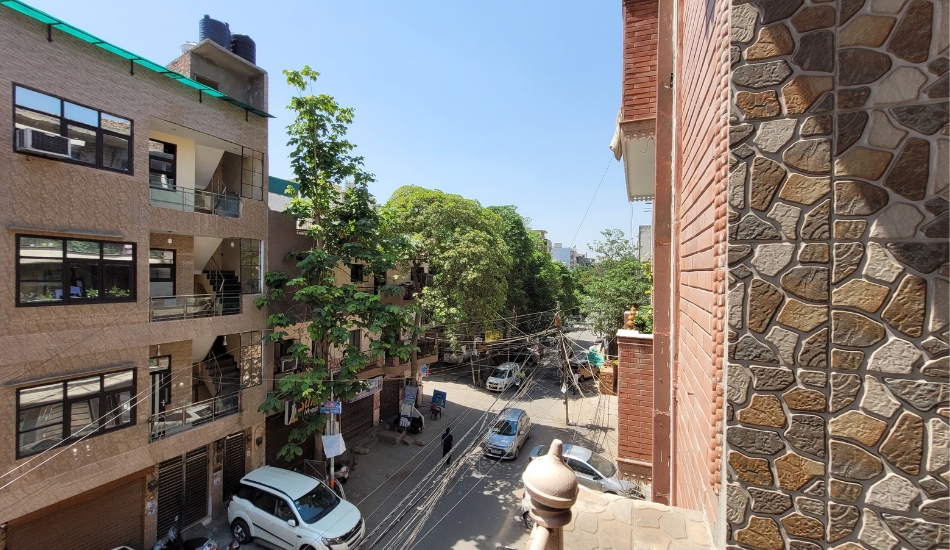 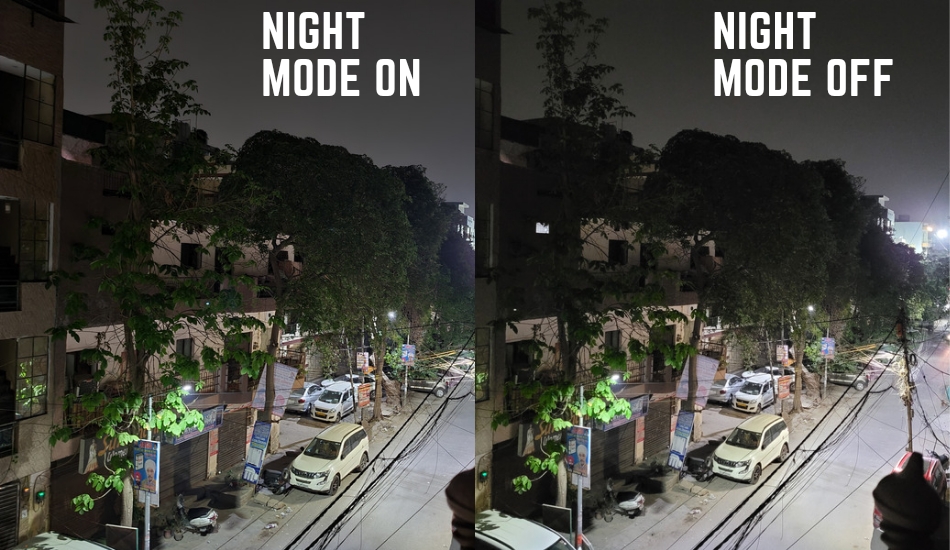 The wide-angle shots didn’t lose out on colour as well as details. For the colours, they looked identical to the ones seen from the primary camera. The night mode shots were even better than what we found last time on the regular Galaxy S20 FE. However, when zooming in, the pictures did sacrifice a bit of details for the colours but the overall result was much more than acceptable and an impressive one. When turning on Night mode, the specific mode actually does something in Galaxy S20 FE 5G’s case as it not only cranks up the brightness but also makes the colours look better. 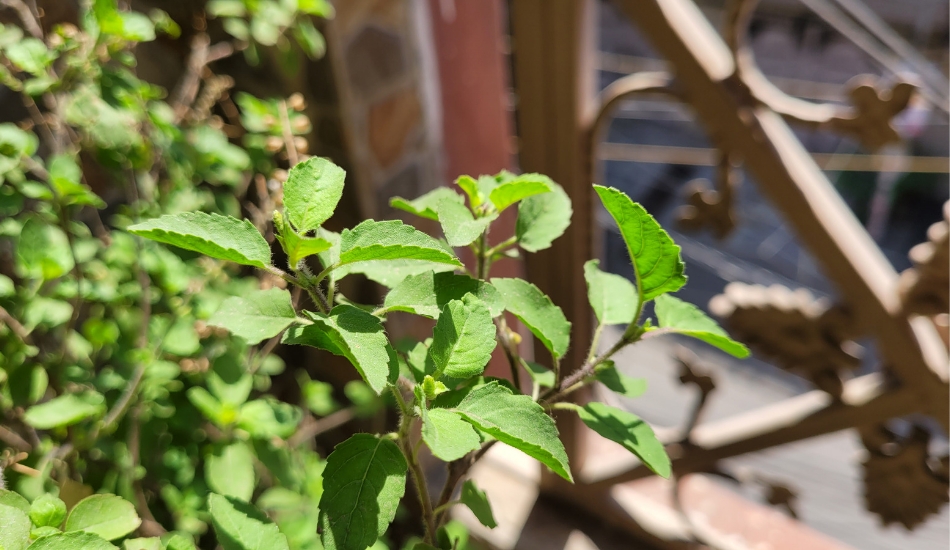 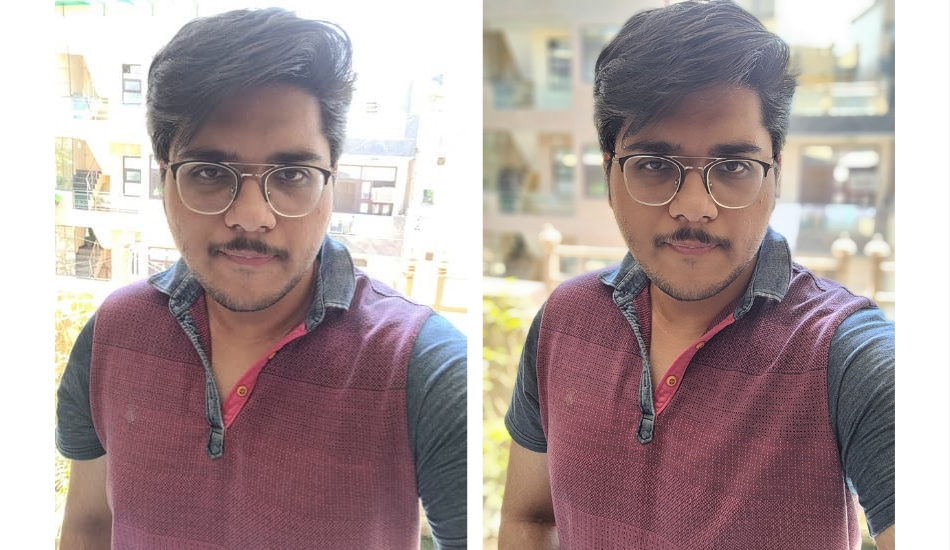 Coming to 30X, 20X and 10X shots, the details are increased as this number decreases. You can’t expect any amount of sharpness at 30X while 10X shots look decent. The portrait shots looked even better than last year’s variant with quick subject identification along with a decent level of bokeh effect. Selfies aren’t a pain either be it portrait ones or normal. The edge detection was accurate and detailing, colours, sharpness were all playing with each other pleasantly because of which the resulting shot was congenial. 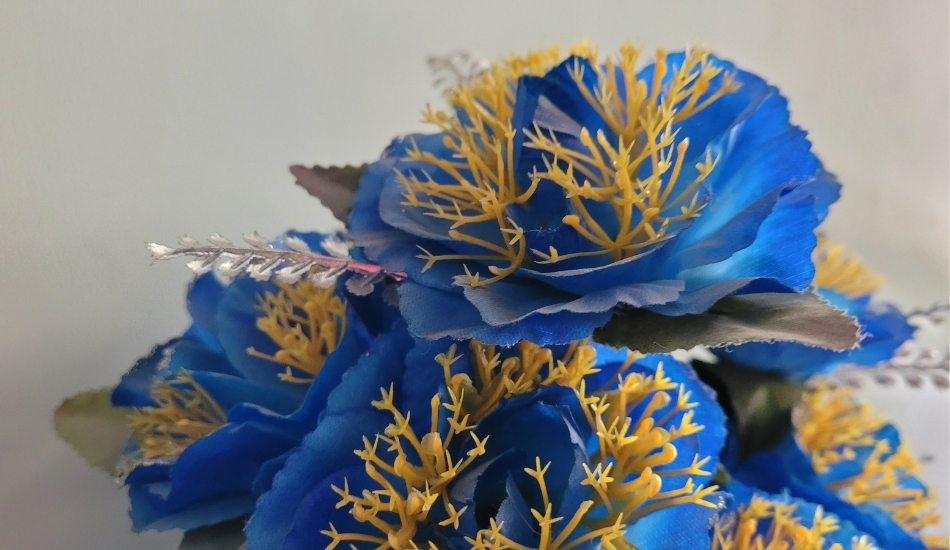 The Samsung Galaxy S20 FE 5G stands strong against its one of its main competitors which is OnePlus 9. From cameras to the display, everything about the Galaxy S20 FE 5G is impressive, though you will have to give up on fast charging.