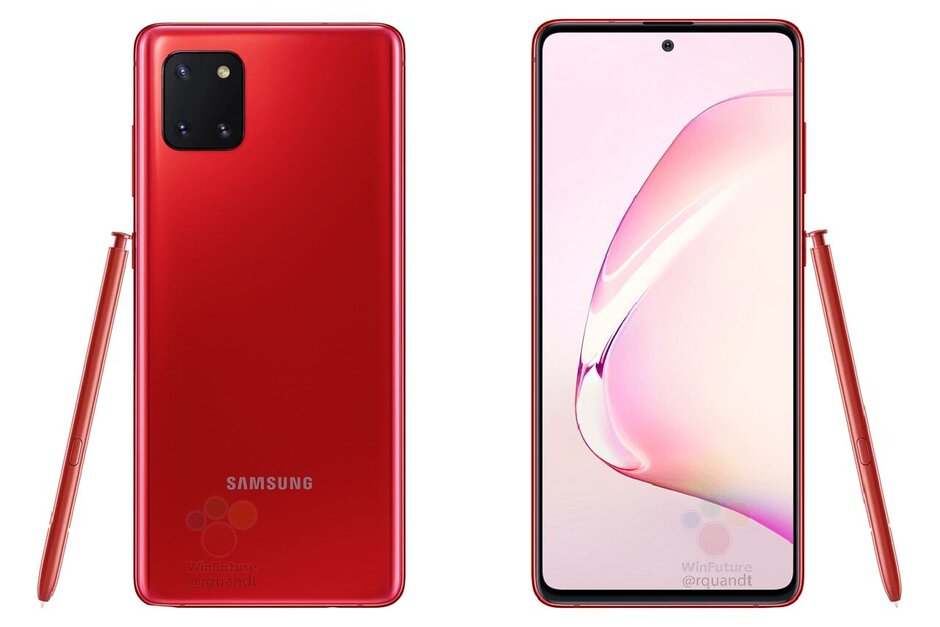 We got the chance to spend some time with the device and here are our first impressions.

Samsung has recently launched its Lite version of its popular Note series smartphones. The company has introduced Samsung Galaxy Note 10 Lite for the Indian market.

The smartphone comes with a price tag of Rs 38,999 for the 6GB RAM + 128GB storage option and Rs 40,999 for the 8GB RAM + 128GB of internal storage. With this, the company is offering the most popular feature, the S Pen, with the Galaxy Note 10 Lite. This coupled with some solid camera specifications, decent design language and respectable hardware. So, can it make a long-lasting impact and be the next cheap flagship warrior from Samsung? We got the chance to spend some time with the device and here are our first impressions. 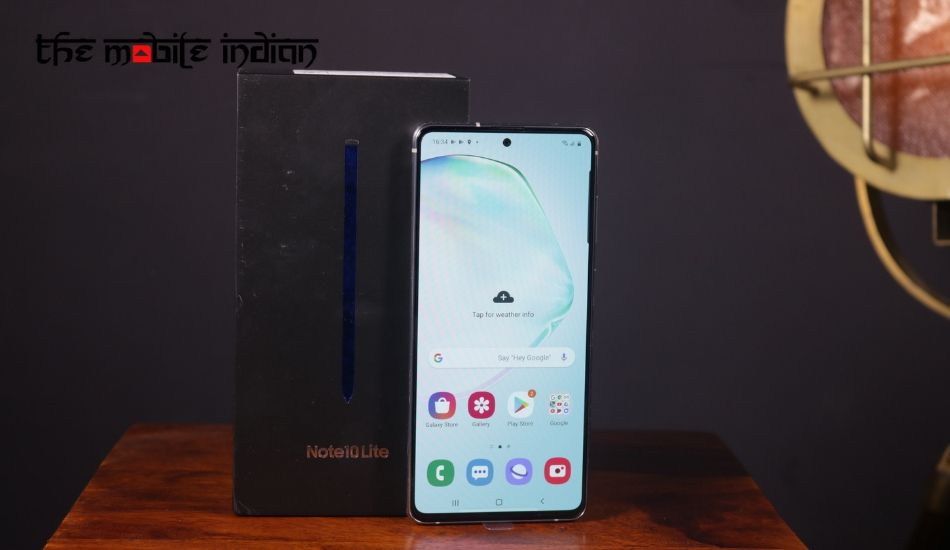 To start with the design, the Samsung Galaxy Note 10 Lite features a similar look as compared to the Galaxy S10 Lite. The front panel comes with a punch-hole design, while the back panel is loaded with an L-shaped triple-camera setup. The right side is loaded with volume controls and power on/off button, while the left is loaded with a dual-SIM slot.

Interestingly, the company has added a 3.5mm audio jack at the base along with a USB Type-C port, speaker grille and S Pen. Coming to the S Pen, it is virtually the same used in the flagship Galaxy Note 10 series. The S Pen comes with 4096 points pressure and it is connected via Bluetooth. One can use the S Pen to write screen-off memos, make drawing and more. However, it does not feature air gestures support, which is found in the Galaxy Note 10 Lite. That said, the Galaxy Note 10 Lite sure looks like an interesting smartphone and the build quality does not feel cheap from any angle. 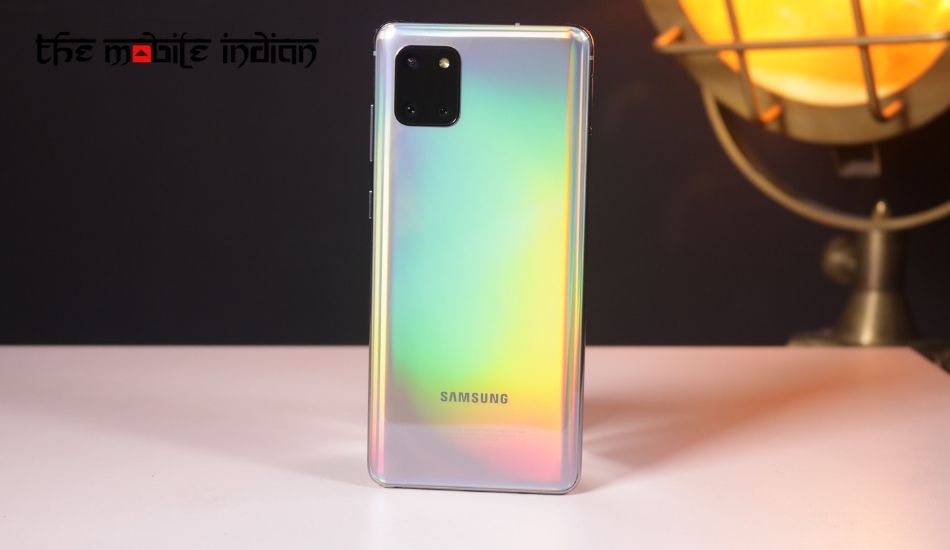 Coming to the display, the Galaxy Note 10 Lite is loaded with a 6.7-inch Full HD+a Super AMOLED Infinity-O display with a screen resolution of 2400 x 1080 pixels and 394ppi pixel density. The display looks vivid and the AMOLED screen delivers some good blacks and contrast. We will talk more about it in our upcoming review.

On the hardware front, the Samsung Galaxy Note 10 Lite is powered by Samsung Exynos 9810 processor along with Mali-G72 MP18 GPU. The same chipset was used in Galaxy Note 9 and Galaxy S9 series. This is quite odd for Samsung to provide a two-year-old processor with the Galaxy Note 10 Lite. That said, we haven’t tested the performance of the device, so we cannot comment on the computing power of the phone. That said, the rest of the competition in this price segment is currently offering Qualcomm Snapdragon 855 or Snapdragon 855+ chipset. 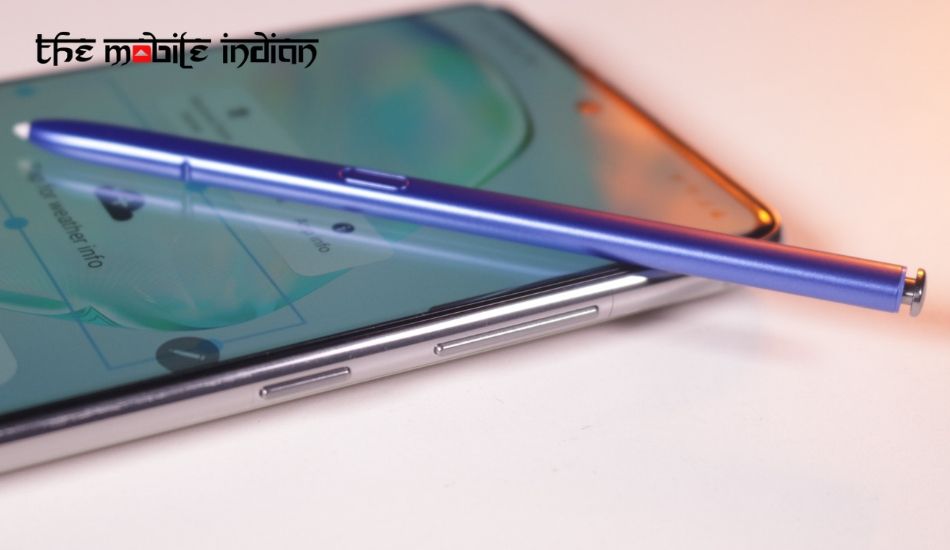 On the software front, the Samsung Galaxy Note 10 Lite runs on Android 10 with company’s own OneUI 2.0 running on top of it. The user interface is similar to what we have seen in other Samsung smartphones. The One UI 2.0 now support system-wide dark mode along with better navigation gesture controls. The PenUp application is there, which allows users to show their creativity with the S Pen along with other Samsung applications. 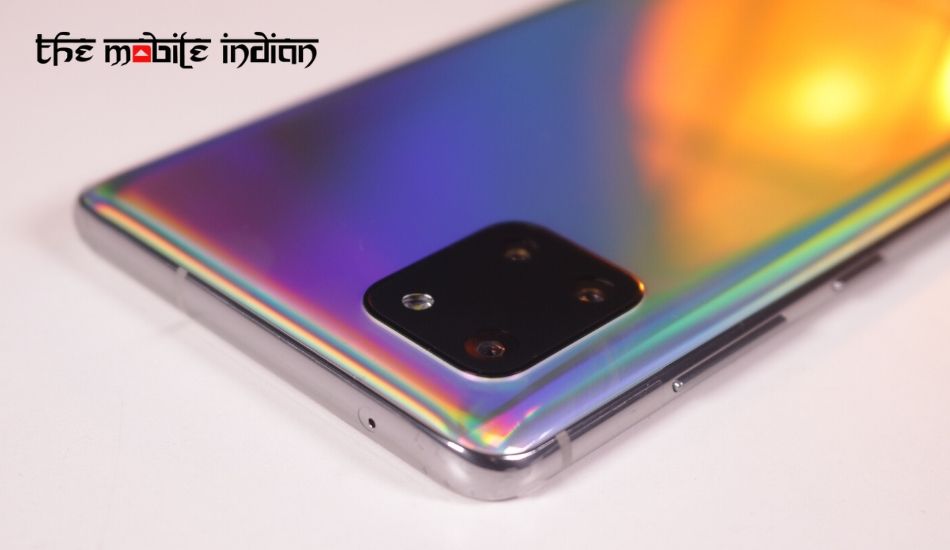 The camera is touted to be the major highlight of the smartphone and the company claims it can deliver some good results. However, the claims are yet to be tested, though in our initial testing we found out that the phone does a good job in ideal conditions.

To conclude, the Samsung Galaxy Note 10 Lite is loaded with a host of interesting features and the addition of S Pen sure looks promising. The display looks good and the design language is decent. The performance will one area where it would interesting to see whether it can give a stiff competition to the rivals or not. As for the competition is concerned, the Galaxy Note 10 Lite will face stiff competition from OnePlus 7T Pro, Realme X2 Pro, Redmi K20 Pro, Asus 6Z, LG G8 ThinQ and more.