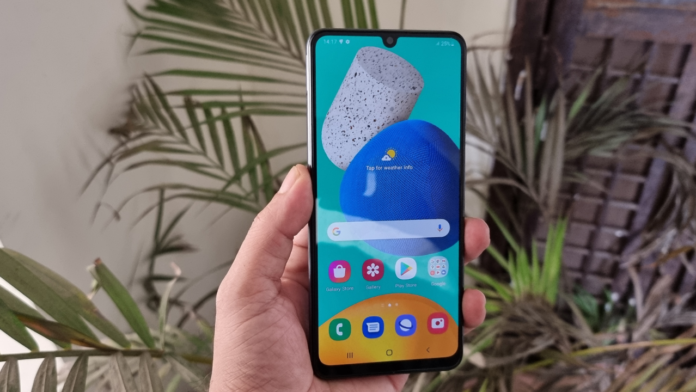 Samsung recently introduced Galaxy M32 to add one more smartphone to the Galaxy M series. Its entry-level variant is priced at Rs14,999 and boosts a 6,000 mAh battery and AMOLED display with a 90 Hz refresh rate.

It will try to grab consumers attention in a price segment in which we see maximum buying. However, the sub 15 k segment is already crowded with options, and does Galaxy M32 have an X factor to take on the competition, let us find out in our review.

At first look, the design of the Galaxy M32 looks like any other mid-budget smartphones out there in the market.

You have a 6.4-inch AMOLED display accompanied by a dewdrop notch to host front camera on the front. The huge display is vibrant and has a good viewing angle. So if one plans to watch a lot of movies on Galaxy M32, it will be a pleasurable experience. It also supports a 90Hz refresh rate, which gives a touch of smoothness while interacting with the smartphone.

On coming to the design, the smartphone has thin bezels at the sides and the top. In contrast, the bottom chin is a bit thicker. The body, frame and back panel is made of plastic and has a glossy finish. It does attract fingerprints.

The smartphone is curved slightly on the edges, which aids in a comfortable grip. However, accessing the volume rocker on the right side with a single hand make be tricky.

Samsung Galaxy M32 support two Nano-SIM slots and a dedicated slot for a microSD card. However, the phone has not said goodbye to the 3.5mm headphone jack, which many will like.

The company has gone for a side-mounted fingerprint scanner that is relatively fast and responsive.

The Samsung Galaxy M32 comes with a MediaTek Helio G80 processor and 4GB/ 6GB RAM. However, in our 4GB variant, we did notice some lag and a bit of slowness in overall performance. Especially during multitasking, Galaxy M 32 seemed to be a bit slow. So if you plan to do heavy-duty stuff on your phone, your experience might be a bit patchy.

In the gaming department, casual games like subway surfer played smoothly with any issues. Even high-end games like Call of Duty were playable on low preset for graphics and medium frame rate. In addition, I didn’t encounter any heating issues with the device.

Galaxy M 32 has a massive 6,000mAh battery that can support 25 watts fast charging, but the company has provided a 15-watt charger in the box.

With the company provider charger, the smartphone charges from 0 to 100 percent in around two and half hours, which is on the slower side. But once charged, one can expect the device to have enough power to sustain one and a half-day of medium usage.

Pictures taken in broad daylight came out quite well, but the dynamic range was a bit inconsistent. The ultra-wide sensor did an excellent job and manage to distortion under control. In indoor lighting, pictures were quite sharp, but colour reproduction was decent.

The Portrait shots with good edge detection came out well, and one can see even adust the blur before taking the picture. However, as far macro shots are concerned, be ready to do the hard work of keeping the phone still and finding the right amount of light if you don’t want to be disappointed by the output.

If I talk about the low light photography, The picture came out well with a decent amount of noise, but the snaps are a bit longer to process.
The front camera didn’t disappoint. Pictures came out well with colour reproduction, and even the shots captured in portrait mode were close to perfect.

Both the front and rear camera support 1080 p vide recording, but shots recorded without tripod did have shakes. However, all in all, the video recording experience was decent, and there was no significant takeaway. 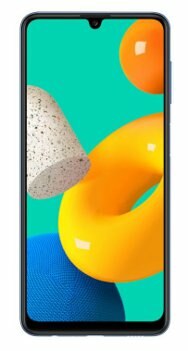 Load more
Samsung Galaxy M32 is an excellent device for consuming multimedia, and it can be a daily driver for people who don't test the limits of smartphones. In case you're a heavy user, you will not find Galaxy M32 as a perfect companion. So you might want to explore other options available in the market.Samsung Galaxy M32 Review