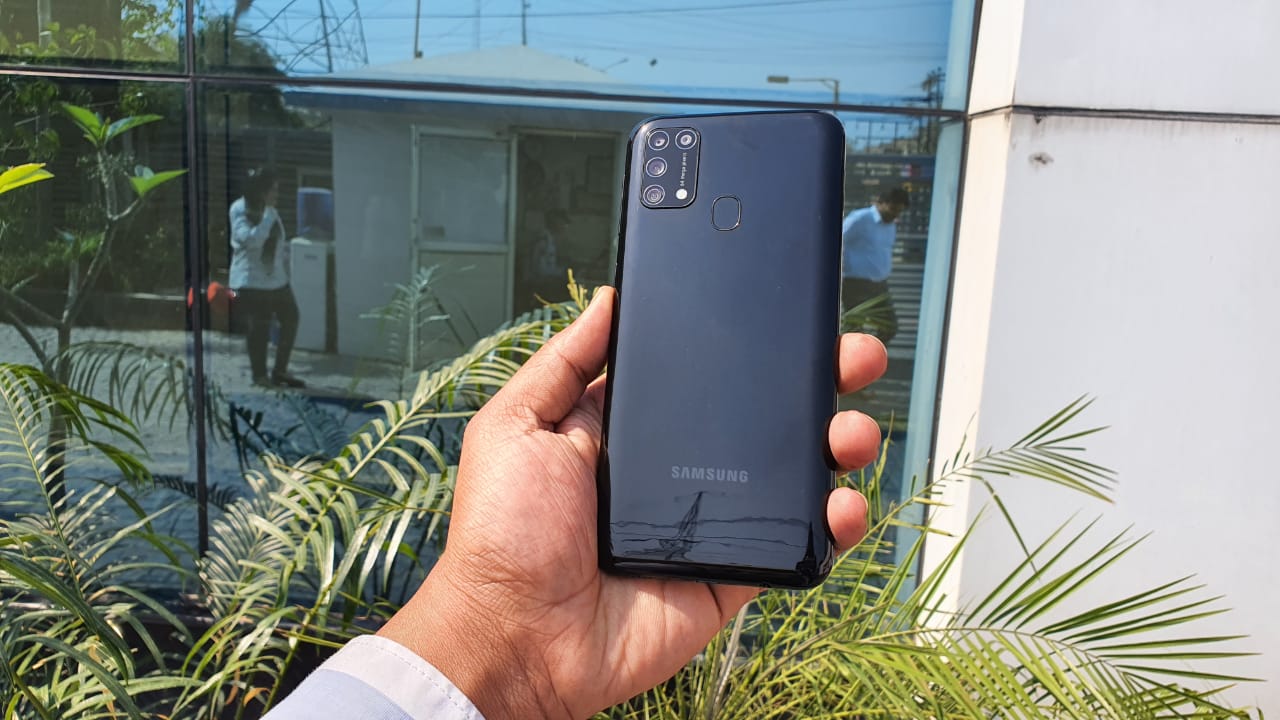 The latest smartphone from Samsung is loaded with a powerful 6,000mAh battery along with improved cameras and sleek design. So, is it enough to compete against the likes of Poco X2 and Realme 6? Let’s find out.

The latest smartphone from Samsung is loaded with a powerful 6,000mAh battery along with improved cameras and sleek design. So, is it enough to compete against the likes of Poco X2 and Realme 6? Let’s find out. 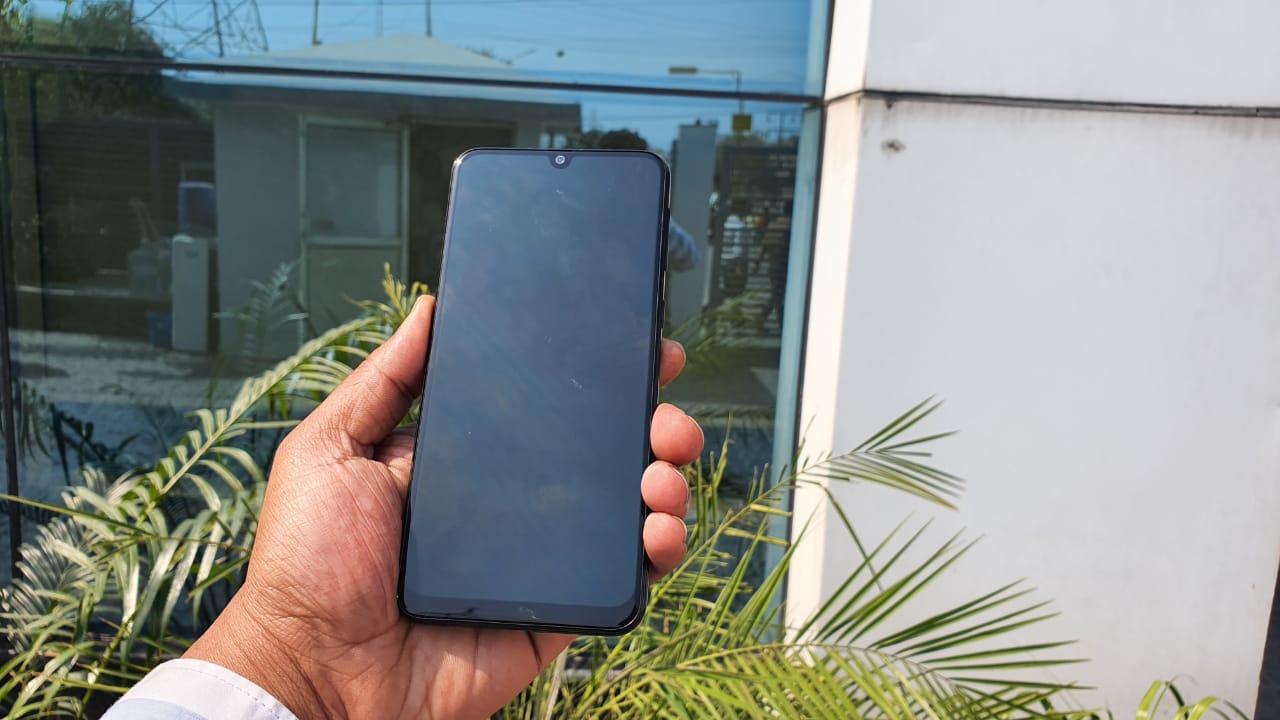 Let’s start with the first strong point of the Samsung Galaxy M31, the design. The phone is quite lightweight in spite of sporting a huge 6,000mAh battery. The phone is quite comfortable to hold in your hand, though the one-handed operation is not that great. The sides are slightly curved, which provides a good grip and the power button is each to reach. The phone is available in two colour options, Ocean Blue and Space Black. We got the latter for review and it sure looks premium, though it picks up fingerprints and smudges, so putting in a case is the best option.

Another area where the Galaxy M31 does a good job is the display. The smartphone is loaded with a 6.4-inch Full HD+ Infinity U display with a screen resolution of 2400 x 1080 pixels. The display is protected with Corning Gorilla Glass 3 protection. The display delivers some good results as the colours were bright and text looked sharp in our testing. Furthermore, the phone supports Widevine L1 support, meaning that you can stream HD content on Netflix and Amazon Prime Videos. 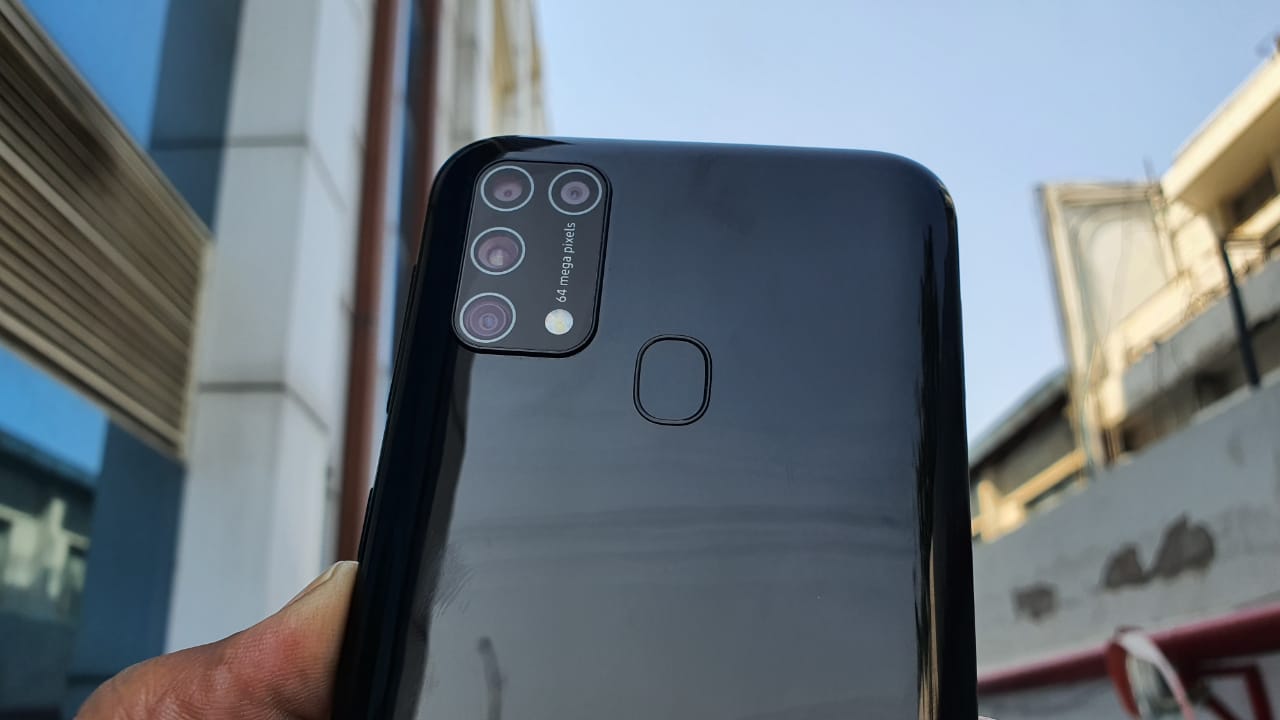 That said, the camera performance is quite decent in the daylight conditions. The photos came out to be punchy and well-detailed. The phone does a good job in taking macro shots, though you need to get used to it. The wide-angle lens offers you a better field of view, though detailing goes for a toss in this mode. The selfie performance is decent as well, though you might find some oversaturation in the photos.

In low light conditions, the Samsung Galaxy M31 does an average job. In our testing, we found out the photo taken in low light conditions shows loss of quality. The details are not that impressive in nature and you will notice lots of grains and noises in the image. The wide-angle mode in the low light also performs quite average in our opinion as the results were not at all impressive. The Night mode comes to the rescue and the photos came out to be slightly better using Night Mode in the camera, though it automatically zooms in up to 2x when you switch to this mode. This some times spoils the whole composition, which can be frustrating at times. Moving on, the Live Focus mode is not that amazing as the edge detection still needs some improvements. 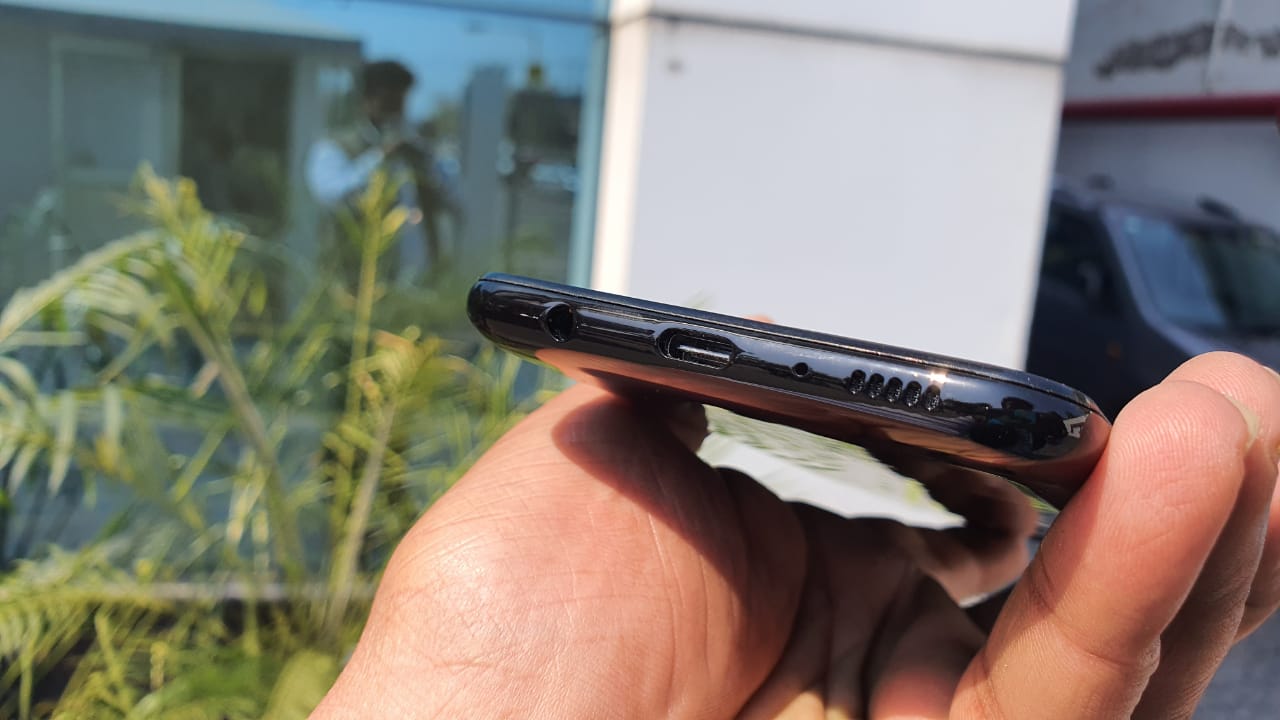 The smartphone is loaded with a 6,000mAh battery with 15W fast charging support. The major highlight of the Galaxy M31 is the battery backup. In our testing, we found out that the phone delivers up to 2 days of battery backup under normal to mixed usage. Even if you do lots of gaming or stream content, the battery life will not disappoint you. Coming to the charging speeds, the smartphone takes up to 2 hours to get from 3 per cent to 100 per cent. 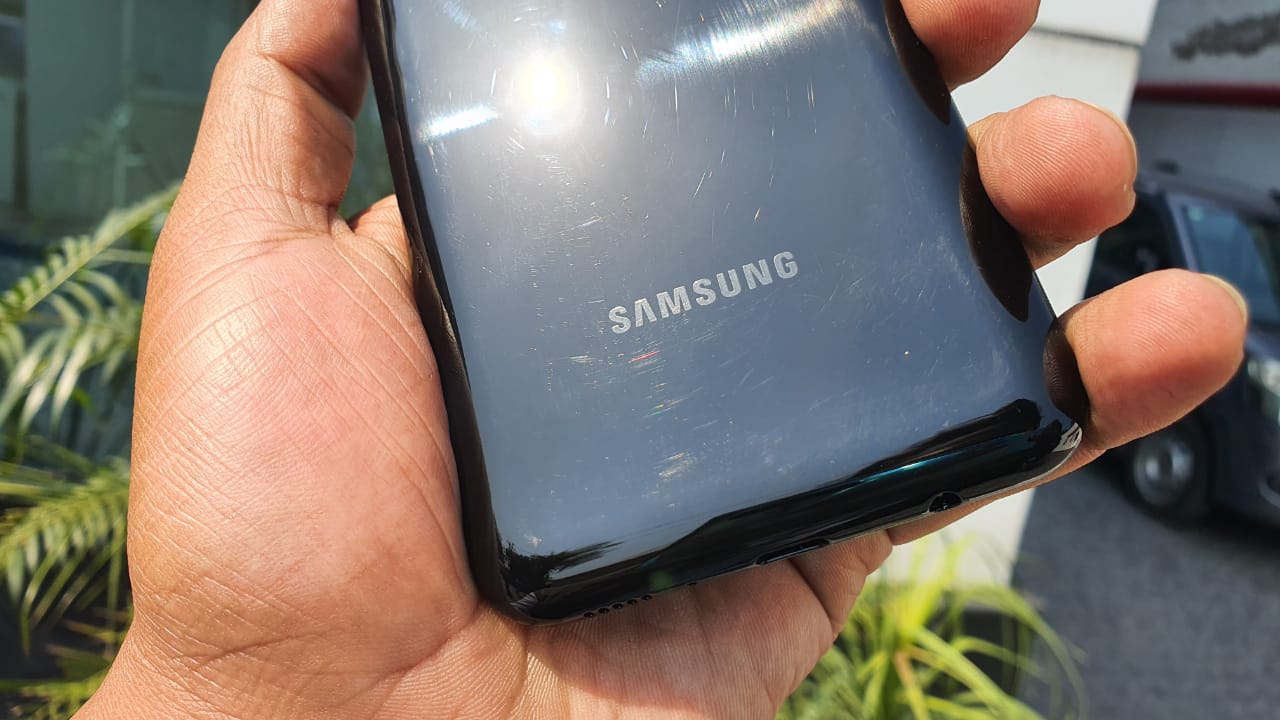 The Samsung Galaxy M31 is powered by a Samsung Exynos 9611 processor. This is the same chipset, which is found in Galaxy A51. The chipset provides some good results in day-to-day scenarios and you will not face any kind of lag or shutter. When it comes to multi-tasking or pushing the phone, it shows some sign of lag. In the gaming section, one can play casual games like Subway Surfers, Johnny Triggers and more without any lag, however, when it comes to high-end games like PUBG Mobile or Asphalt series, the phone does a decent job as well. That said, you will notice that the phone warms up quite a bit during extended gaming sessions.

On the software front, the Galaxy M31 runs on Android 10 with company’s custom user interface OneUI 2.0 running on top of it. The user interface is refined as compared to the previous versions and you get new Dark Mode, which is a good thing. Apart from this, you get gesture-based navigation controls along with Focus Mode, Digital Wellbeing and Parental Controls. Apart from this, you get some standard features like double-tap to wake, gesture-based screenshot and more. On the downside, you still see a lot of bloatware in the phone including Google and Microsoft app suites along with other apps like Netflix, Facebook, Samsung Max and more. My Galaxy application is one annoying app that keeps sending you to push notifications throughout the day.

Samsung Galaxy M31 is a refined product as compared to its predecessors. Whether be it watching content on AMOLED screen or taking photos from the four cameras, the Galaxy M31 sure looks like a rightful heir of the Galaxy M30s. The battery life is the major highlight of the smartphone, which no other competitor is offering right now at this price point. That said, we felt that the company could have bumped up the processor in order to give a stiff competition to its rivals. The Poco X2 and Realme 6 offers you better chipset along with higher refresh rate and more. That said, if you are looking for a smartphone that gives you long-lasting battery life, then Galaxy M31 is meant for you.