It is available in major retail stores as well as on e-commerce portals including Amazon India, eBay and Alibaba.

The ‘Wave Fit’ is a budget fitness wearable, designed by a China-based company known as Riversong. The fitness band was announced in mid-August earlier this year at a price tag of Rs 2,199.Like any other fitness band, the Wave Fit tracks the user’s daily activity including the Steps counts, calorie count, sleep monitor, heart rate monitor, phone finder, sedentary reminders, calls, text and social media notifications. We have used the device for over two weeks and here is our experience.

In terms of design, the Riversong Wave Fit looks pretty standard. The device is available in three colour variants Black, Blue and Purple. The unit which we received was black in colour and was a perfect match for both casual and formal outfits. The silicon strap of the Wave Fit is very comfortable and skin friendly.

The main core unit of the device is fused in the band, which makes single entity. At the front, the tracker is equipped with a touch sensor below the 0.91-inch OLED display, which allow users to switch between time, step counts and more. 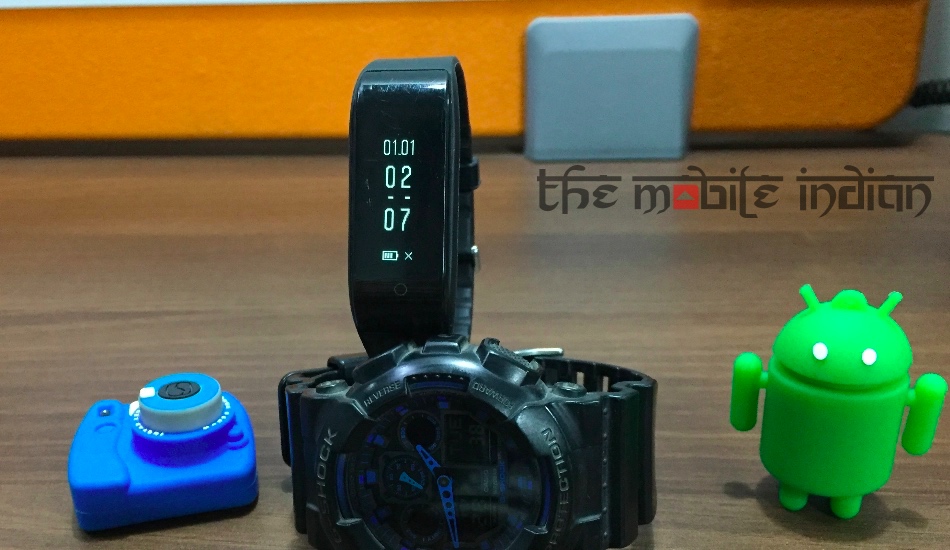 At the back, the Wave Fit features the heart rate sensor, which activates itself by imitating a green LED light to collect the data. The smart band is also claimed to be IP67 Dust and Water resistant, which was perfectly able to handle swimming strokes and other activities. The fitness band comes with a clip connector for charging, which needs to be charged by connecting its micro USB port with a PC or Laptop.

Further, the display of the fitness band isn’t scratch proof, as it has encountered major scratches during the review period. The screen of the Wave Fit is not bright enough under the bright sun, due to which one will have to look closely or under any shadow. However, it is perfectly visible in low light conditions. 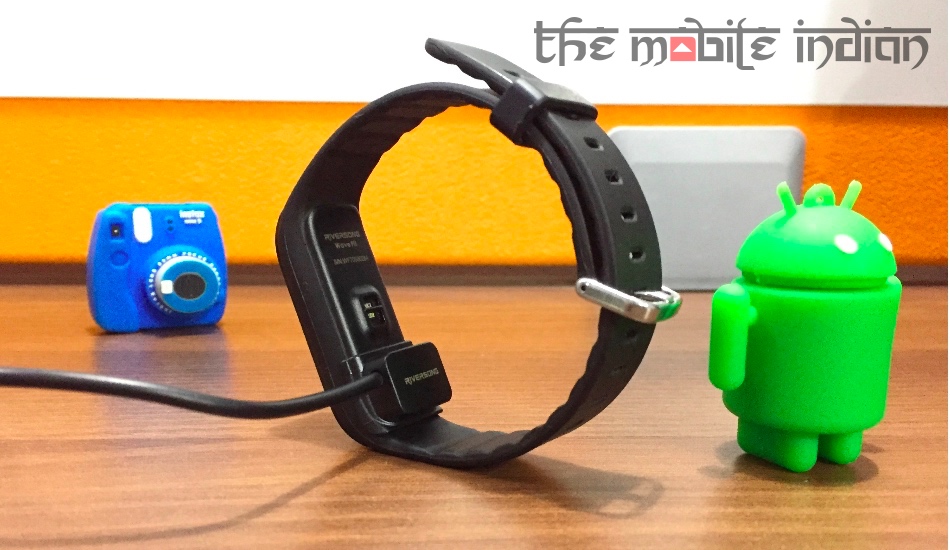 To start with, for pairing the band to a smartphone via Bluetooth, one will have to sign up and create a user account in the ‘RS Band’ app. The application is available in Google Play store and Apple App Store. Later in the app, customers can access their profile, and can easily connect the band to a phone by following instructions. In our case, the handset used for pairing was the Apple iPhone 6.

The interface of the application is very user-friendly. Once the watch is synced to the smartphone, the app will collect and analyse the basic data like heart rate, total steps and sleep records. The app is divided into two section, in the upper portion, one can switch between the Activity, Sleep and Heart Rate options. However, in the lower part, a detailed overview of the option can be seen. 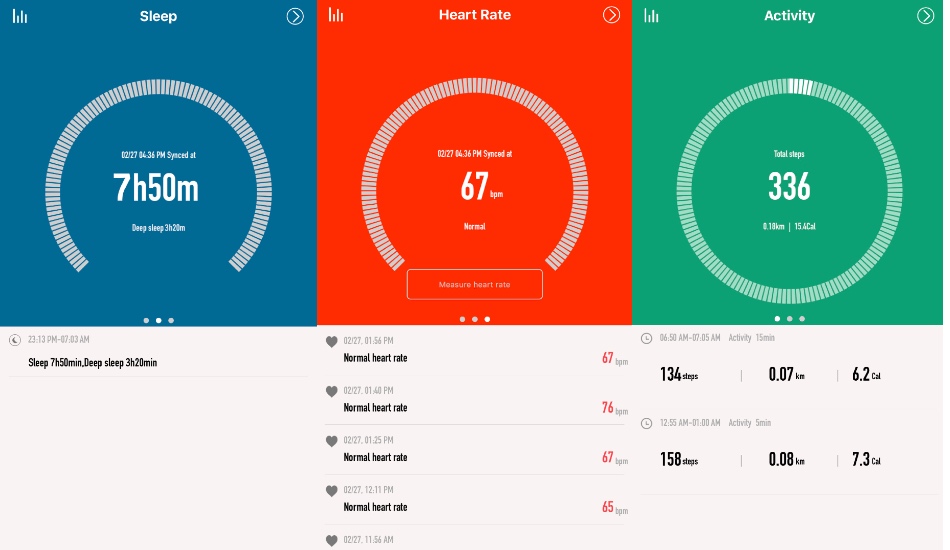 Moving to the Riversong Wave Fit band, with a simple tap or by simply raising the wrist, the tracker displays the time, along with the date on top and battery at the bottom. Further, the step counter, distance travel and heart rate monitor data can be accessed with a touch on the sensor. The data in the band lasts for only for 24 hours, which resets itself at 0:01 AM, and can later be accessed through the app.

It is worth noting that the readings of the Fitness Tracker works on the approximate basis and are not 100 percent accurate, sometimes sudden wrist movements give an add-on in your steps. While the band shows 60 bps heart rate at the gym. Other than this, the notification feature of the band is very supportive for riders as it alerts the user with vibration and Call/Text/social media symbols on the screen.

The Wave Fit is equipped with a unique feature known as the phone finder. This option is accessible through the band itself, with this, the smartphone starts to imitate sound, even when it is on silent. However, the tracker and the phone must be connected via Bluetooth. As far as battery is concerned, with a regular use, the Wave Fit’s 90mAh battery lasts for approximately 4 days and is charged within an hour from zero to 100 percent.

The Riversong Wave Fit is an interesting piece of hardware and software working together. However, for the price tag of Rs 2,199, we would rather suggest going for other brands in the market Like Xiaomi or Goqii. On the software front, the application looks amazing and works completely fine, but in the hardware region, the company needs to improve a lot.