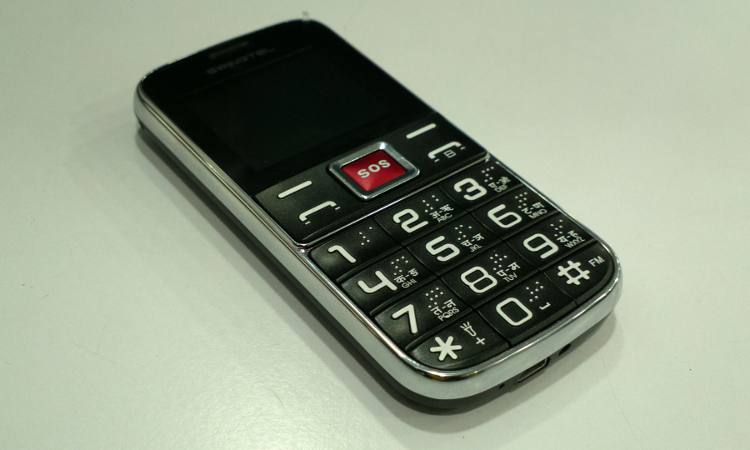 Swingtel SW50+ is the dual-SIM mobile meant for the senior citizens, women.

Swingtel has introduced an entry level mobile phone – SW50+ – which is meant for the elderly folks and women. The Swingtel SW50+ features a large SOS button in the center that can be used to reach out to a specific contact in case of an emergency. Swingtel SW50+ is being sold in the market for Rs 1,950 and offered in black and red colours. 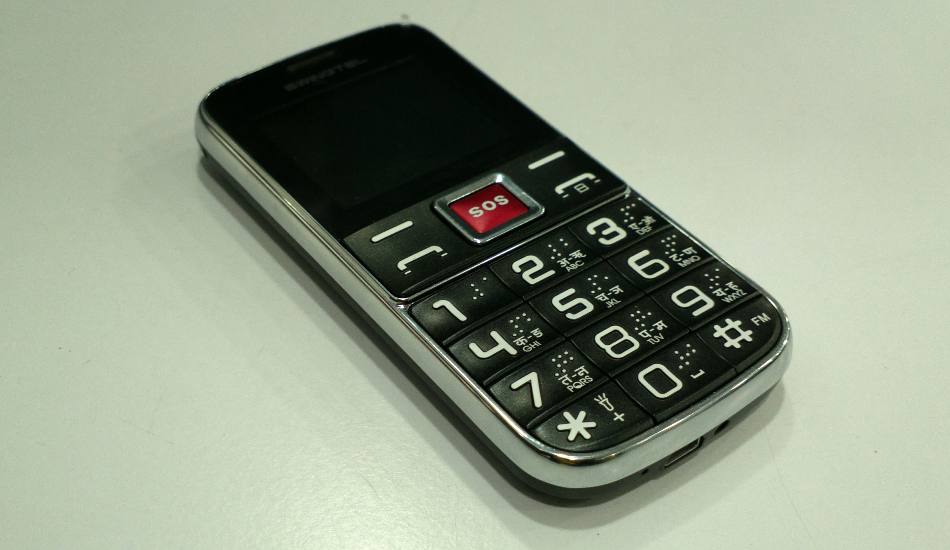 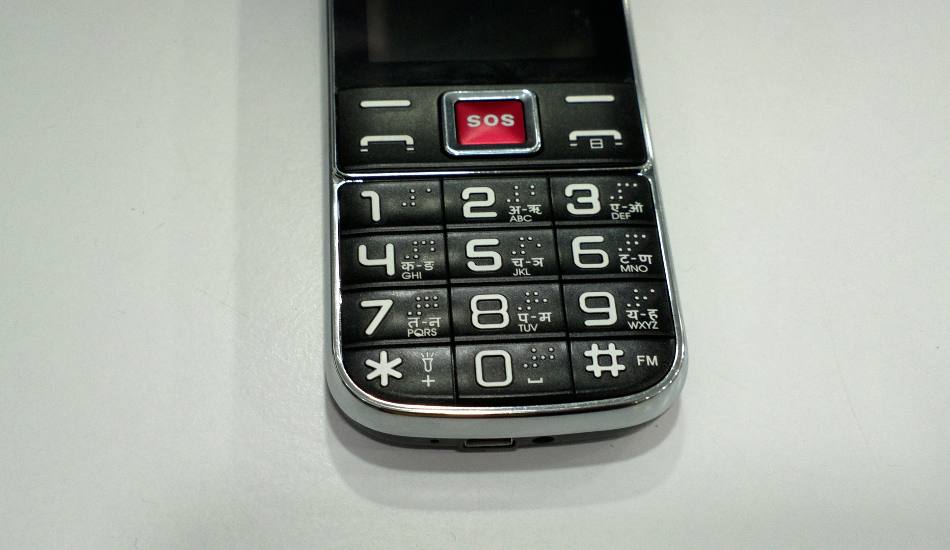 We got interested in the proposition and were offered the Swingtel SW50+ to take a closer look.

Swingtel’s SW50+ features a very typical design meant for entry level devices. The SW50+ has a 2 inch display, below which lies a multi-tap keypad with large keys. The phone, at 128 grams, feels heavy and is about 1.5 cm thick. Its removable back panel has a textured surface. There is a 2 megapixel camera at the back and next to it is a speaker grill. There is an antenna on the top left corner at the back to draw better signal while using the FM Radio app. 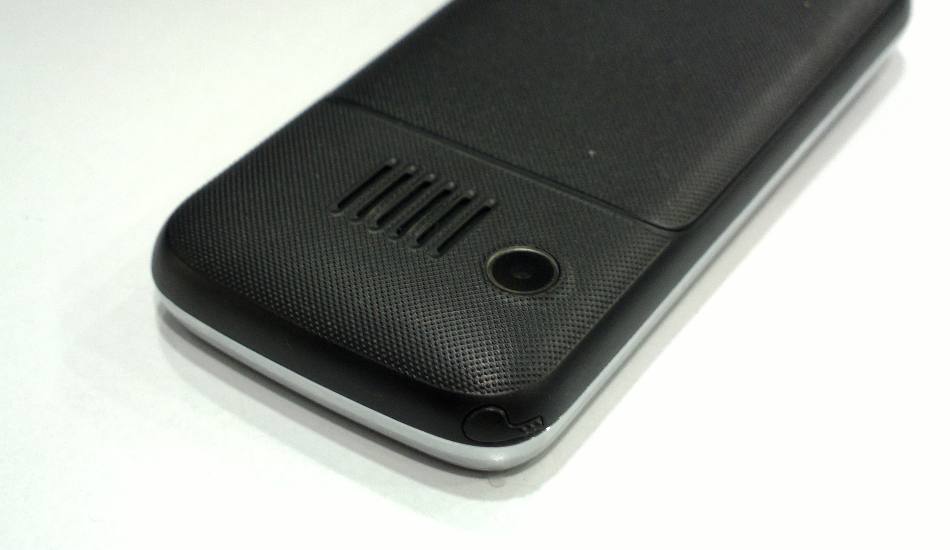 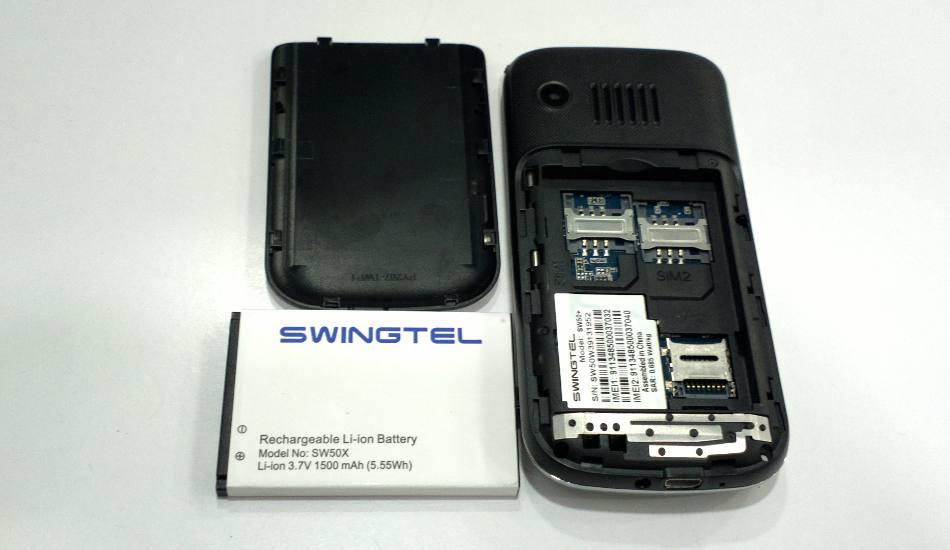 A thick silver chrome ring runs around the sides and the directional pad has chromed border with red SOS button in the center. The numbers and Braille letters are embossed on the large keys along with two symbols for tactile relief. There are two action keys above the Call and End keys. The structure of keys is interesting – contoured with letters embossed on them. The keypad has a blue backlight to make it usable in the dark.

The Swingtel SW50+ mobile has a 2-inch display with 240×320 pixel resolution. Inside the chassis, Swingtel SW50+ has a low power mobile processor. The phone has a decently loud speaker but it lacks clarity. The SW50+ runs on JAVA based interface.

The dialpad shows the number in large fonts on the screen but in red colour instead of regular black. The phone takes us back to the last decade before the evolution of the WAP browser. There is no WAP or web browser pre-loaded on this phone. The best one can do is download the .JAR and .JAD files on a computer, transfer them to the phone and install them. 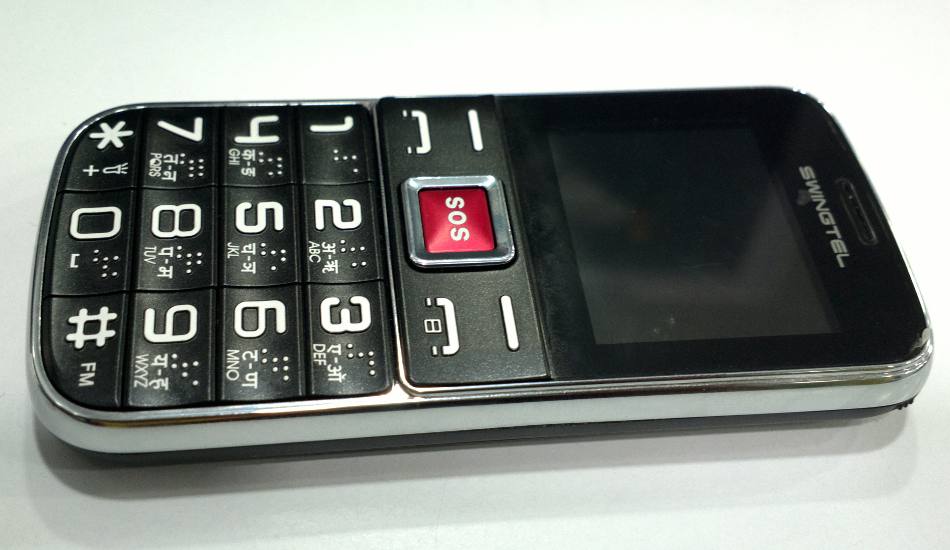 The phone also offers a modest 2 megapixel camera at the back without any LED flash. It has a music player that supports the usual MP3 files and a voice recorder. Interestingly, it has an automatic call record feature but that would require a micro SD card for saving the audio file. File explorer is located under multimedia and just above it is the Wireless FM radio which also offers recording. Swingtel has not bundled a pair of earphones with this handset. 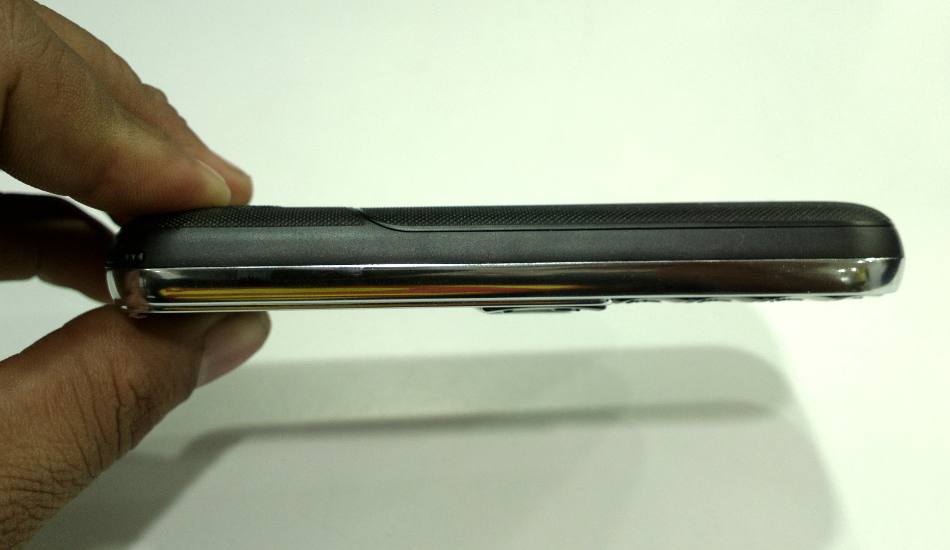 The usual apps – Calculator, Alarm and Calendar – are packed in the tools menu.

The Braille letters embossed on the keypad certainly would help a visually impaired but it would have been great if there were some feedback from the buttons. The input language includes English and Hindi with built-in dictionary for words.

Highlight of the phone is its big red SOS button at the center which when pressed for a couple of seconds make a direct call to an emergency number, send a pre-defined SMS message to that number and finally blow a loud siren. One has to manually configure these numbers. There is also a facility of speed dialling where the contact’s number can be assigned to 1, 2 or 3 key on the phone.

For the senior folks who have difficulty in reading tiny fonts, there is a magnifier feature in the applications menu. The magnifier users the camera to visually amplify the object. Quite helpful in reading numbers on visiting cards or date of expiry on the prescribed medicines. 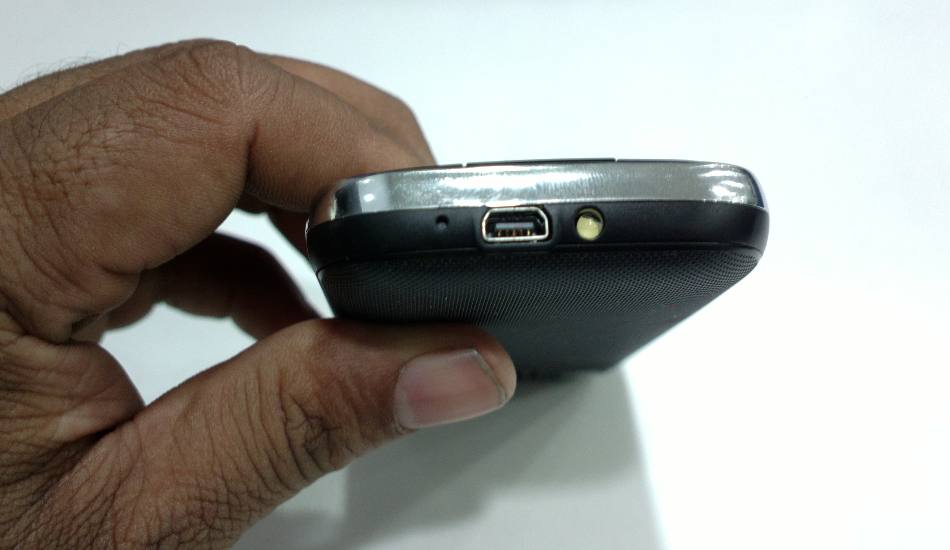 Its flash light provides luminance in darker environment but surprisingly it is located at the bottom of the phone. The asterisk key needs to be pressed for three to four seconds to activate and de-activate the flash light.

Swingtel SW50+ comes with a 1500 mAh 5.55Wh battery. The JAVA based SW50+ manages to run almost a day. The usage included mostly voice calls, music and sending messages – thus ideally meant for the folks who rely a mobile for simple calling and messaging. 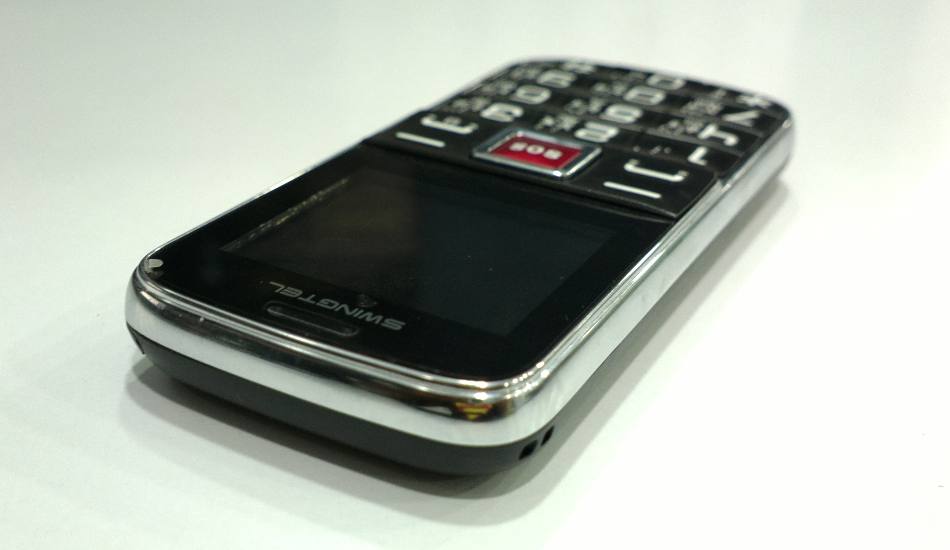 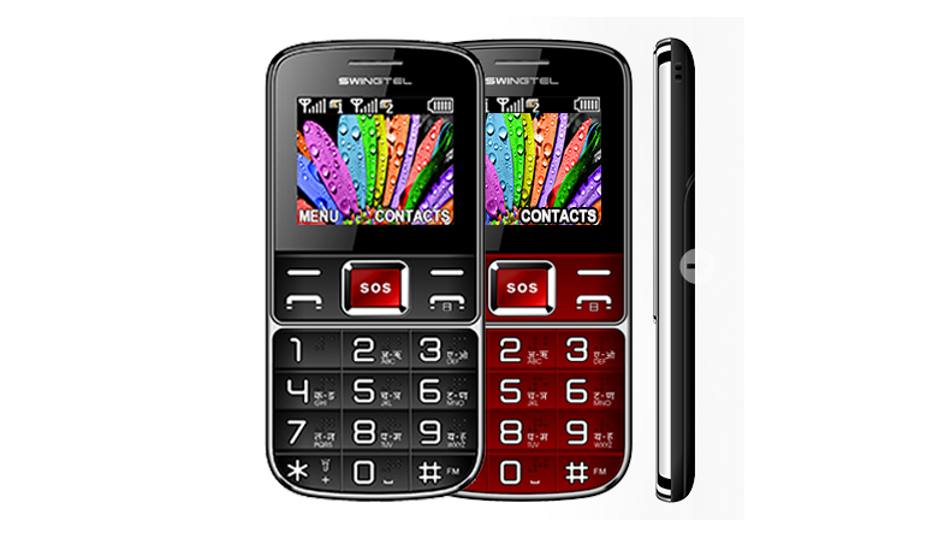 As per our estimation, this phone can provide a continuous talk time of about 6 hours.

Swingtel SW50+ is being retailed online for about Rs 1,950. If one takes out the SOS button, there is nothing of note in the phone. Of course, the presence of Braille on the keypad does makes it an add-on for visually challenged. Compared to this, the Micromax E390 smartphone offers a 2.8-inch resistive touchscreen display, 3G and pre-loaded Opera Mini browser which thus certainly looks like a better proposition for an average Joe.