WC 630 supports all devices which support the Qi standard and provides wireless charging at 15W. 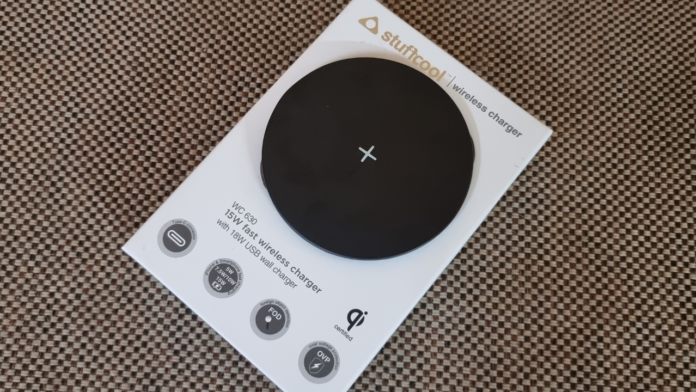 Not So super-fast charging

Stuffcool has been one of those rare brands in the Indian market that keeps trying to do something different. And it has done so once again with its new wireless charger, the WC 630. Now, on paper, the WC 630 seems to be pretty much your normal wireless charger – a charging disk with a USB type C port that connects to a power outlet. So well, the question arises: if it seems so routine, what is one paying Rs 1699 (that’s its price) for? After all, one can get wireless chargers for lower prices. Here is the review of Stuffcool WC 630.

Reasonably fast (do not expect warp or dash speeds, though)

There are some very good reasons for that price tag. To start off, the WC 630 supports all devices which support the Qi standard and provides wireless charging at 15W, which is impressive at this price point. Mind you, this speed is only with select Android phones, most notably the Samsung flagships like the Galaxy S21, the Galaxy S20, the Galaxy Note 20, and Note 10.

Devices like the iPhone 12 series get charged at a lower 7.5 W, and even the OnePlus series charge a little slowly. There is also a 5W charging mode for devices like the AirPods and AirPods Pro. Basically, most devices that support wireless charging can be charged by this gadget.

The charging speed is not the greatest, but in a neat touch, Stuffcool has bundled an 18W wall charger in the box as well as a USB type C to normal USB cable with it. Basically, this saves you the hassle of either buying a wall charger separately or borrowing one from your phone (provided it came with one).

At 18W, it is not a super-fast charger but it is a quick charger, and enough to power the wireless mat at upto 15W.

The disc-like charging mat itself is very sleekly crafted. It is slim and sleek and although made of plastic, has a very solid feel to it, with a tiny bump for the USB Type C slot on it. It is slim enough to easily slip into a pocket, although we do not think people will do so. And in an innovative touch, has a LED that changes colour depending on the level of charge in the device it is charging – red if not charging, blue if it is charging and green when it is charged.

It is a handy innovation and saves one from the need of switching on the display to see charge levels. Stuffcool also says that the charger comes with protection against short circuits, as well as voltage spikes and fluctuations, the importance of which cannot be understated.

In terms of usage, the WC 630 is the kind of charger that you can simply leave on your table. It is not super fast, but it is a great option for just placing your phone on it when you are not using it, allowing it to charge wirelessly (it can charge through thin phone cases). It is a bit like a refresh power option for your phone rather than a super-fast charger.

If you are the type that wants your phone to go from 0 to 100 per cent charge in an hour or even from 0 to 50 per cent in quick time, then this is not quite the solution for you (it takes more than three hours to charge an iPhone 12 from 0 to 100).

This is a charger for those who prefer to keep their phones ticking over nicely over a period of time, rather than those who want a mad dart or dash of super fast charging. It is important to stress that it has great build quality for its price (be it the charging disc, the cable or the wall charger) – the device feels solid and the ports and cable fit snugly. Pretty standard Stuffcool in that regard, and a bit of a rarity in the segment.