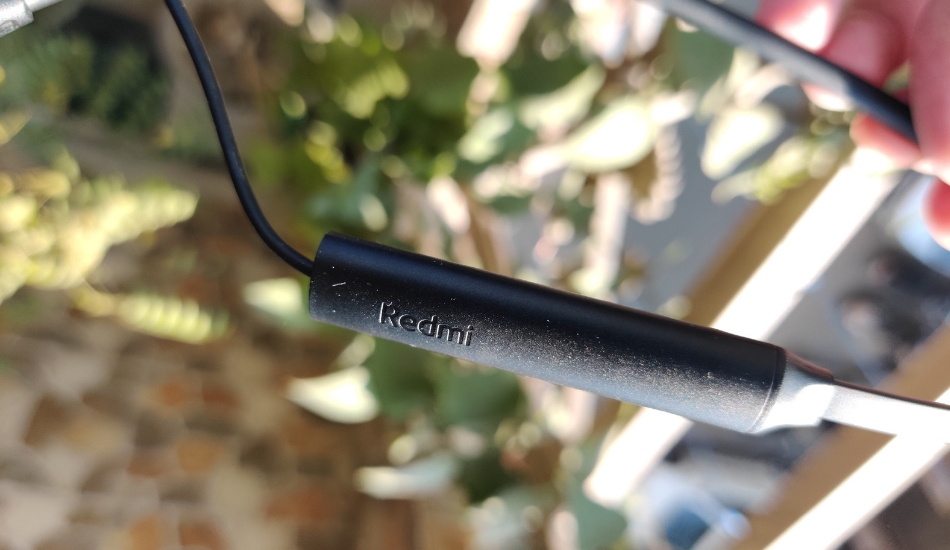 The Redmi Sonicbass wireless earphones have a cheap price tag but will they be able to hold up the brand reputation of providing good products at an aggressive price? In our opinion, it does.

The Redmi Sonicbass wireless earphones were launched by the brand about a month ago. The neckband style earphones compete in the budget segment as they are priced at Rs 1,299. The price tag is cheap following Redmi’s trend to keep the price of the product down while keeping the quality top notch. But are these earphones an exception to the trend or they continue it? Let’s have a look.

The design of the Redmi Sonicbass wireless earphones is quite simple. We have a flat type band to which the wires are attached. On the left side of the earphones, we have two controls including a power button that doubles as a multi-function button with which you can trigger the voice assistant on your phone, answer or end calls, switch to phone during calls, etc along with volume up and down buttons. 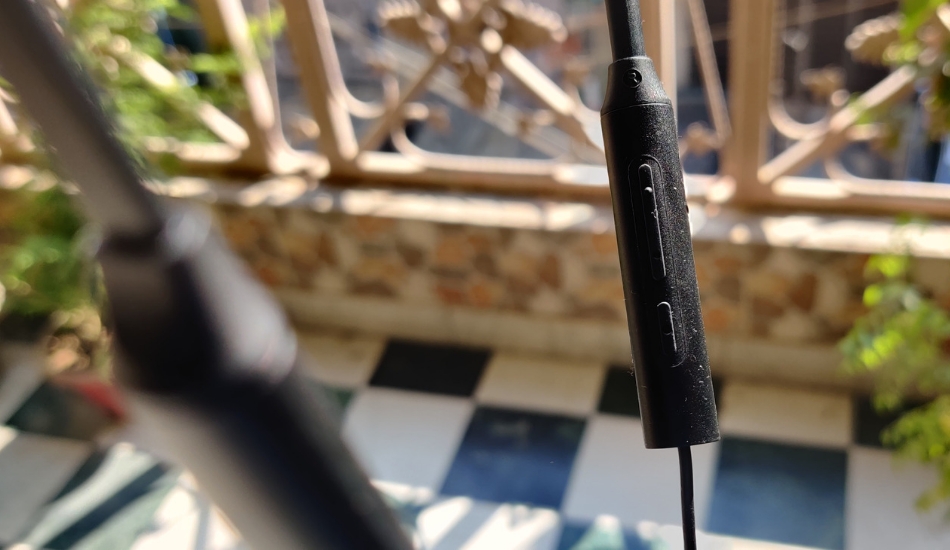 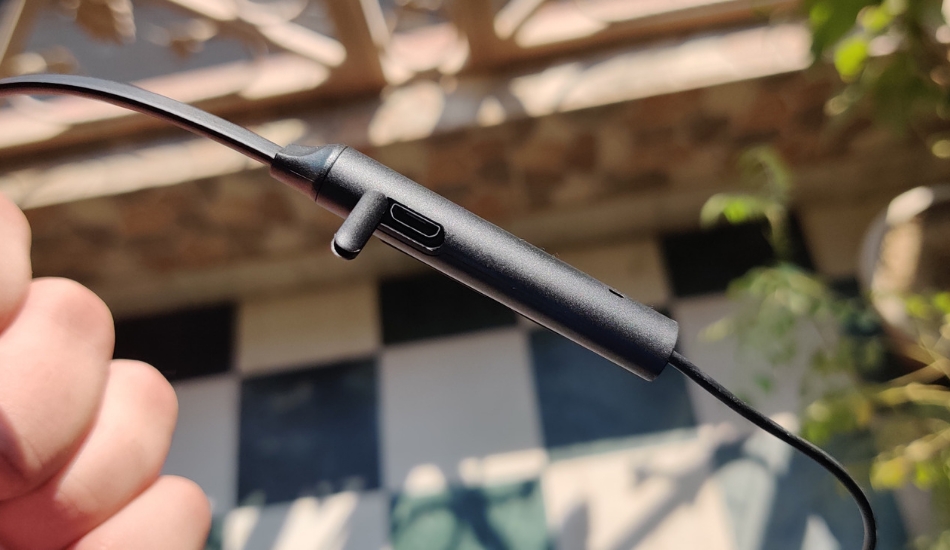 We also have a Micro-USB charging port along with a cap covering the port. The earphones are also IPX4 rated making them splash and sweat proof which is a nice thing to have at this price point.

The earphones also have magnets which means they can attach to each so they don’t tangle but you don’t get the functionality where you can attach them and the music stops and when you separate them, it connects to the phone. This means that the only way to power on or off the earphones is through the power button.

The earphones were comfortable to wear and are lightweight but I did notice that they dropped out of my ear quite easily.

Talking about the Sound Quality, it was a pleasant experience while listening to music on these earphones. The earphones have Bluetooth 5.0 and the sound quality is handled by a 9.2mm dynamic driver. As the name of the Sonicbaas wireless earphones itself suggests, the earphones are heavy on bass. 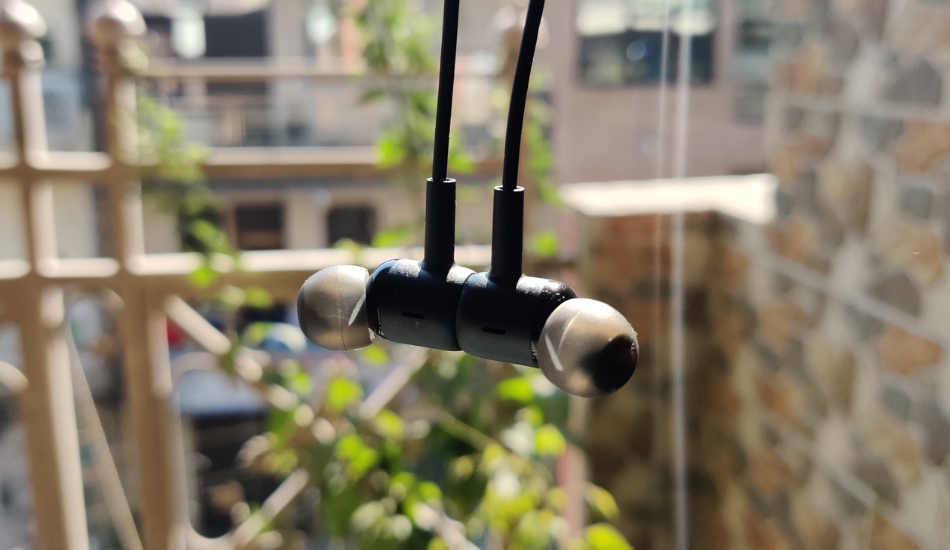 Every type of music had that thumping bass but because of this, the vocals did get a bit suppressed. The low frequencies were good while the mids and highs were just okay. But overall, it is a must buy for all the bass lovers out there.

Another thing I would like to point out is that the Redmi Sonicbass earphones support only SBC codec which is a disappointment. AAC Codec could have been the ideal one but unfortunately we don’t have that. And there was a noticeable latency lag while gaming which was expected.

The earphones also support Dual-Pairing multipoint connection which means you can connect the earphones to 2 devices at the same time. I tried connecting it with an iOS and an Android device simultaneously and it worked perfectly. When the song was played on iOS, the sound paused on Android and vice-versa. I didn’t lose connection in any of the devices and the experience was seamless. This feature can also work with laptops and an Android phone and you don’t necessarily need two mobile phones only.

The Redmi Sonicbass wireless earphones have a 120mAh battery that can last upto 12 hours according to company’s claims. During my testing, it lasted me more than 13 hours which included gaming with Voice Chat ON and listening to Music. This concludes that the battery life is insanely good with these earphones. The earphones do take a considerable amount of time to charge. It took around 1.5 hours to charge from 50% to 100%. 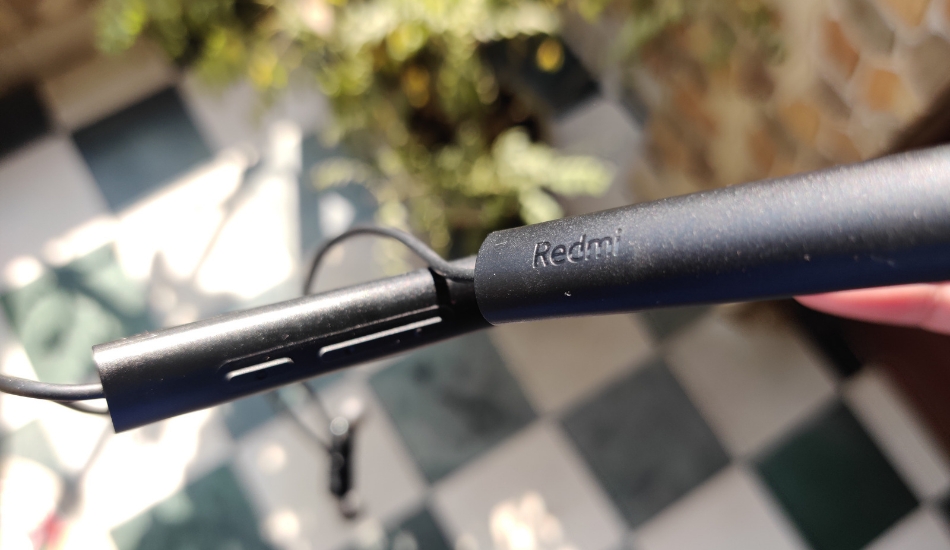 The earphones also feature dual-mic environmental noise cancellation while on call. So coming to call quality, the other person could hear me without any issues. My voice was clear on the receiving end. Background noise was not completely suppressed and it was present, but not on uncomfortable levels. And even I could hear the person loud and clear.

The Redmi Sonicbass Wireless Earphones are definitely made for bass lovers. The lack of a modern Bluetooth codec does make a difference in latency but the sound quality is top notch for its price and the earphones does hold up Redmi's reputation. These are surely worth Rs 1,299.