RealMe Narzo 20 Review: Does it have the intensity to take on Intense competition? 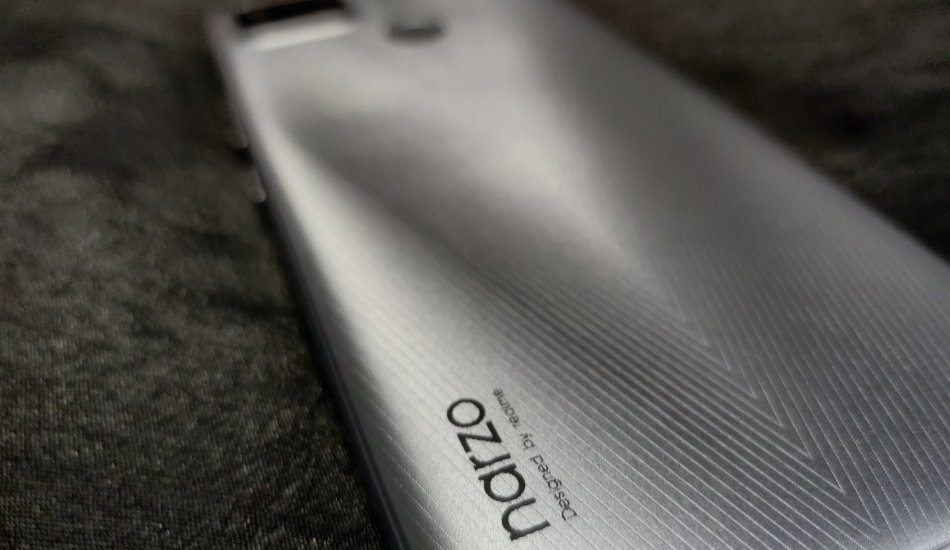 The RealMe Narzo 20 has been announced and is targeted at the budget range. Let's take a look at the device in deep through our review.

Realme has been launching smartphones in quick succession in the last two months. The latest addition is Narzo 20 Series which has three smartphones- Narzo 20, Narzo 20 Pro and Narzo 20A. If we closely look at the Narzo series, it overlaps Realme 7 series in many ways and even pricing is also almost identical.

In this write up we are going to present you the review of Narzo 20 which is a mid range budget smartphone from Realme and faces strong competition from Poco and Xiaomi smartphone, apart from Realme 7 Series. It comes in 4 GB RAM + 64 GB storage and 4GB RAM + 128 GB storage variants priced at Rs 10,499 and Rs 11,499 respectively. 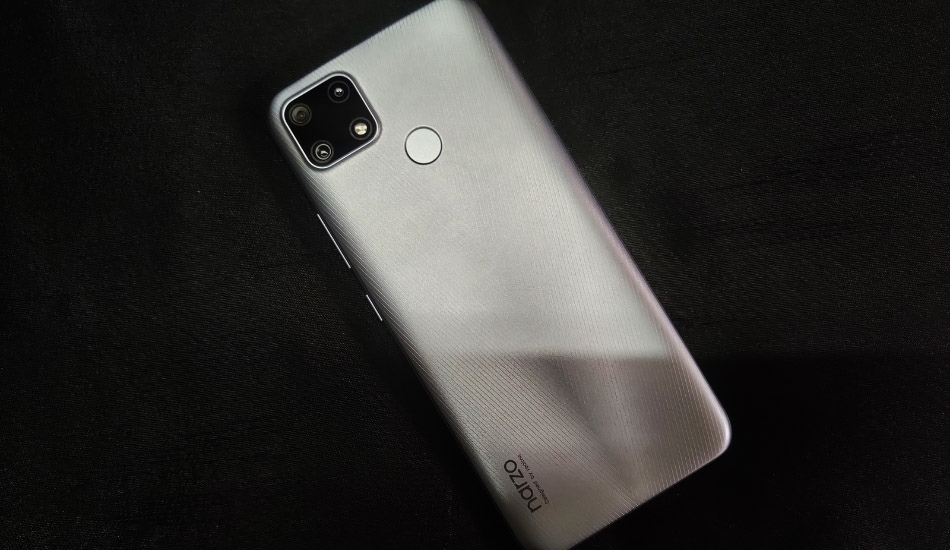 Realme Narzo 20 has a plastic build all around. The buttons, the sides, the rear, everything is made of plastic. In the past, we have seen Smartphones with polycarbonate body oozing premiumness but this one is nowhere near them, it looks pretty ordinary.

On the rear, we have the camera module, a fingerprint scanner which performs as expected and then we have the Narzo branding at the bottom left corner. 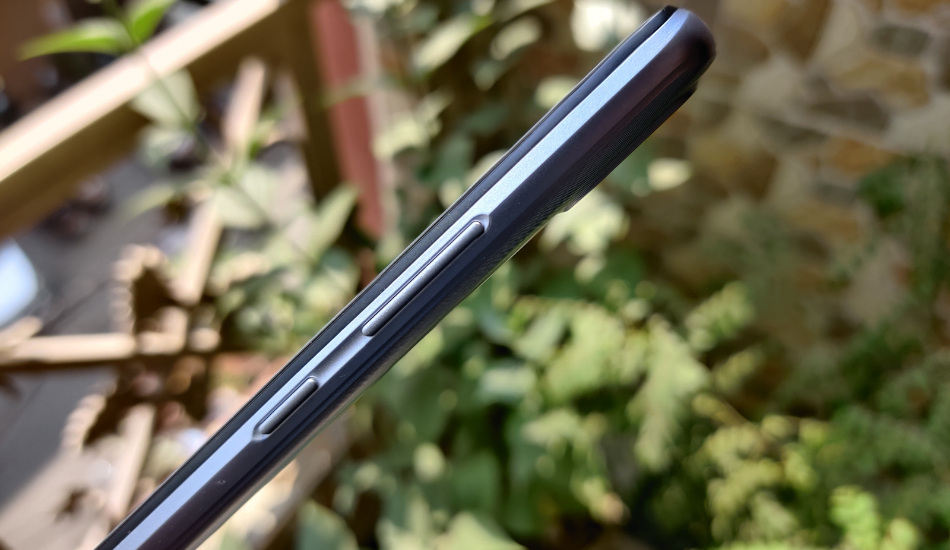 The real panel has a textured V style pattern all over it and the right side houses the volume rocker and power button. The buttons were clicky and tactile.

On the bottom, we have the Type-C charging port, a 3.5mm headphone jack, and a speaker which surprisingly sounded good. It wasn’t tinny, as I had expected. The sound was clear but could have been a bit louder. 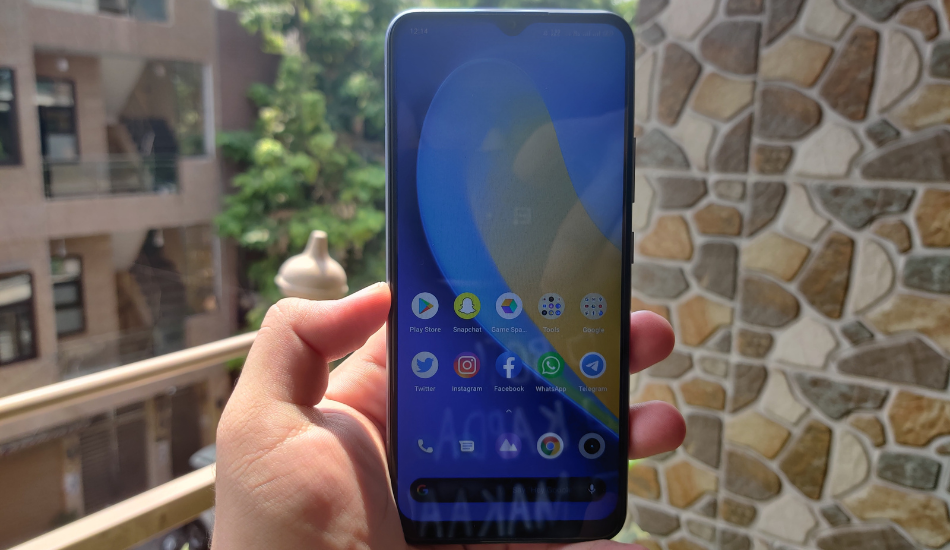 The front, on the top, we had the speaker grill for calls, and then a 6.5-inch HD+ LCD display with a resolution of 720 × 1600 (60Hz) with a water-drop styled notch on the top that houses the front camera.

I found the colours to be okay, but the brightness of the display is straight away insufficient. Even Indoors, I had to set the brightness to a value more than 50% while sunlight readability was below average. Redmi 9 Prime, which is priced lesser than this one has a better display.

The fingerprint scanner on the rear is flushed with the back, and there’s no raised up material near it, so it is hard to identify where it is when you pick up the phone. But you’ll get used to it eventually while using the phone so this shouldn’t be a problem.

The phone is on the heavier and bulkier side with thick sides because of the huge battery the device has.

Realme Narzo 20 is powered by the Mediatek Helio G85 paired with 4GB/ 6 GB of RAM. In the 4GB variant, the one which we reviewed, we have 64 Gb internal storage out of which 49GB available for use while the system took up the rest. 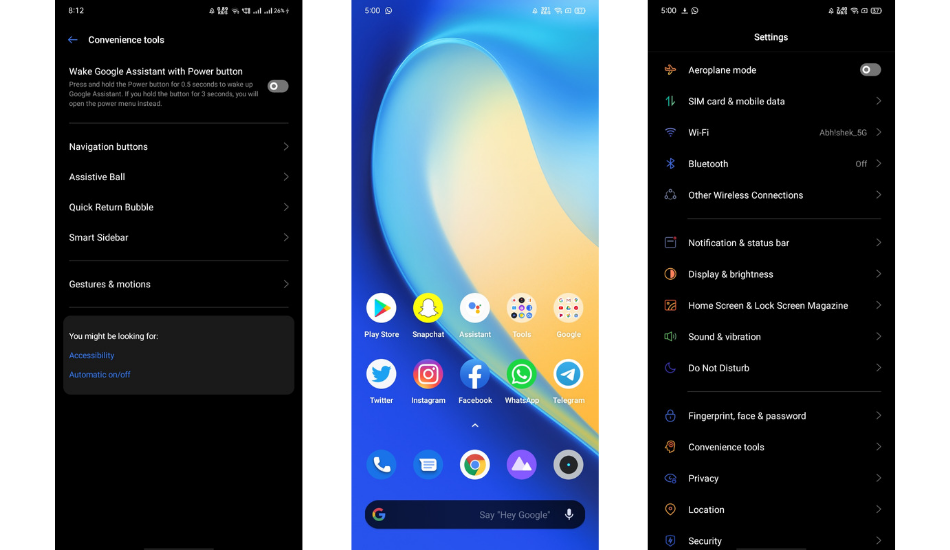 Narzo 20 performed well in day-to-day usage. I did notice minor lags while switching between apps and pulling down the notification panel. Hopefully, a timely update may help fix the issue.

The app launches were quick, except for heavy apps like Chrome, which did take a second to launch. Coming to RAM management, the phone did keep apps in memory for the most part, but the competition from Poco M2 which has 6GB of RAM offer better hardware at the same price.

The device is powered by RealMe UI 1.0 and is expected to receive the RealMe UI 2.0 soon.

Oppo’s ColorOS heavily inspire RealMe’s UI, and you hardly would notice a difference between them, except some more features are present in RealMe UI.

The ROM is feature-packed. You have features like Game Space, Off-screen gestures, Smart Sidebar, etc which work nicely and are a nice addition to the UI.

If you are into gaming, Mediatek’s Helio G85 is doing its part pretty nicely here. We played two games on the device. Call of Duty Mobile ran well on the device but the highest graphic setting available for the game is ‘Medium’.

The game looked fine and I regularly got 60 fps while playing the game. Asphalt 9, on the other hand, had some major frame drops while playing on High Graphics but the game was playable.

On medium graphics, even Asphalt 9 ran smoothly without any frame drops. The phone did get a bit warm during gaming but nothing alarming.

The RealMe Narzo 20 has 3 cameras on the back, including a 48MP primary camera, an 8MP ultra-wide camera, and a 2MP Macro lens. 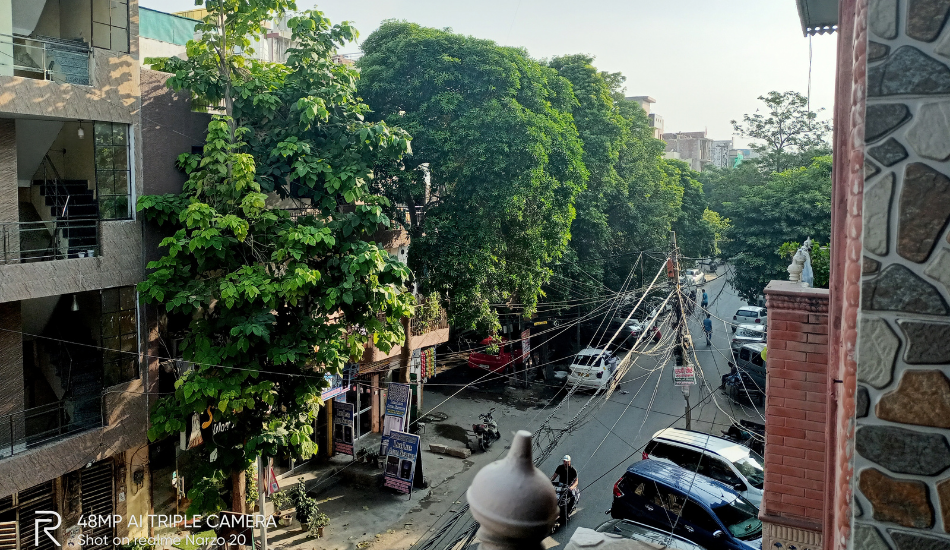 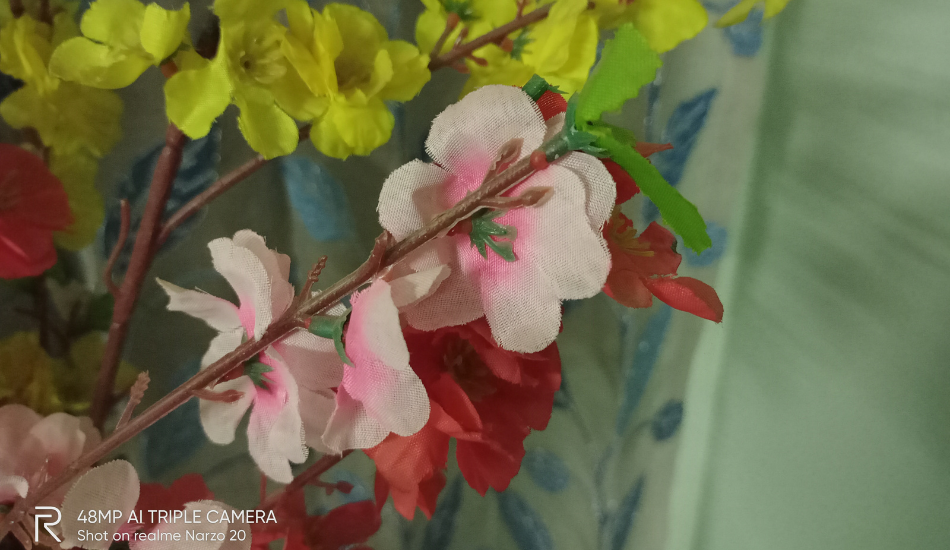 The camera performance in daylight was good. The colours in the pictures clicked with 48MP Mode and the normal mode came out to be good.

The pictures were detailed. Coming to low-light photography, the camera did struggle with the colours and photos looked noisy. The pictures looked soft but can be considered as doable. 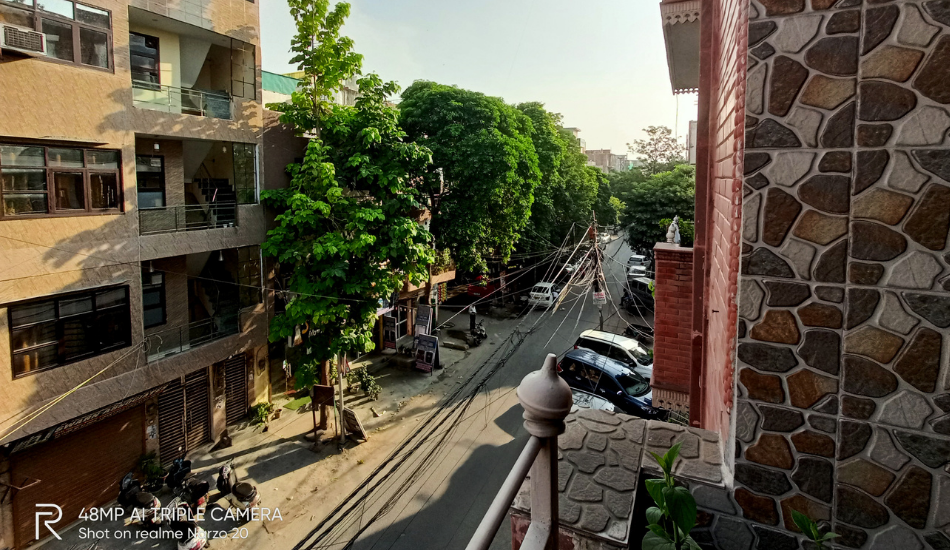 Pictures clicked with the wide-angle lens came out with over-saturated colours as you can see in the image above, the greens are over-saturated. Overall details were good.

Night Mode shots were pretty okay. The mode added more details and sharpness to the image while also brightening a bit at the same time.

Selfies were good looking, but when zoomed in, these looked soft too. The details looked to be missing.

The battery came down to 22% from 100% within almost 17 hours which includes 30-40 minutes of heavy gaming, 3-4 hours of WhatsApp Calls, and 5 hours of standby time, and the rest was covered by scrolling through Facebook, Instagram, etc. Which means with my type of heavy usage it gave me 10 hours of screen on time, and with light usage, this phone can easily last you 2 days or even more. 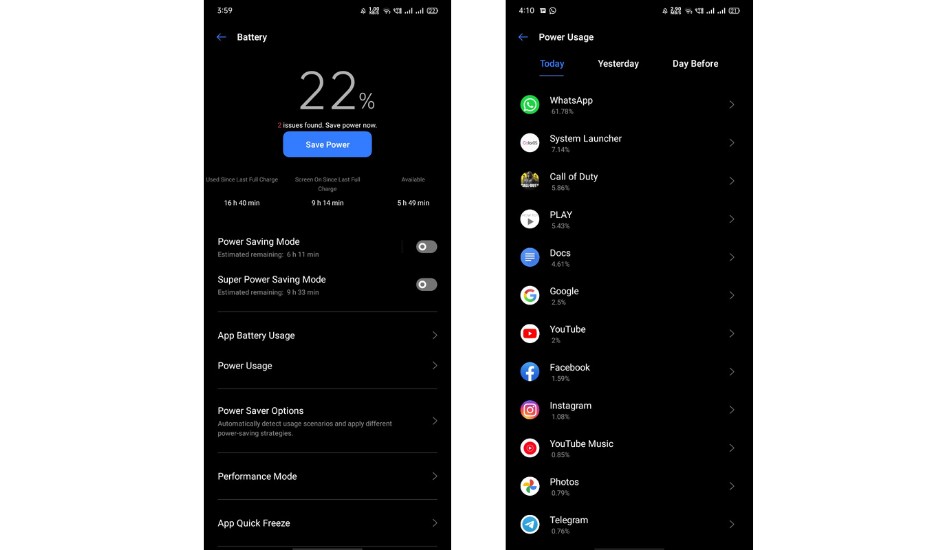 The thing that surprised me a bit is that the device took three hours to charge from 25% to 100%. RealMe could have provided a faster charging as the device has a whopping 6000mAh battery.

Narzo 20 has a fantastic battery, but the smartphone fails to surprise with its pricing, as Realme has done in the past, or with features. The competition is intense, and Narzo 20 lacks intensity.