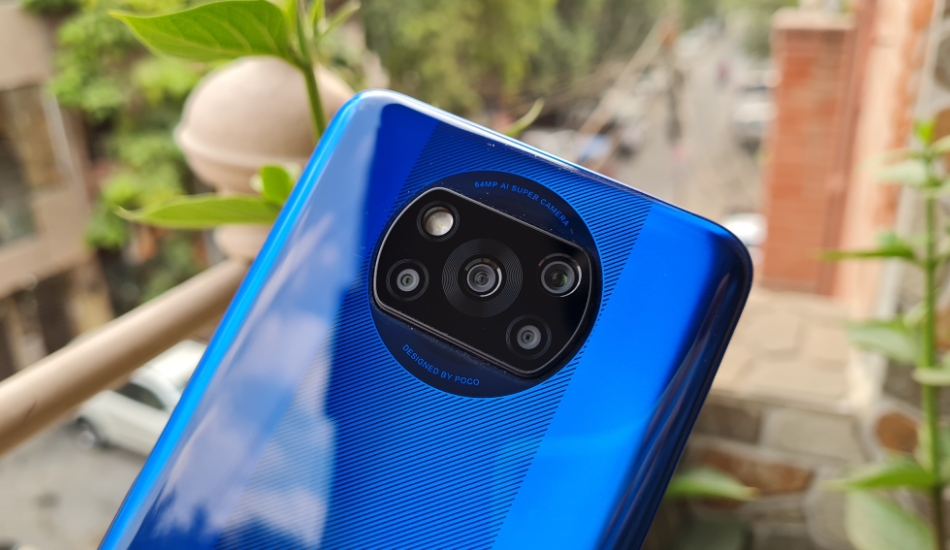 The Poco X3 which was launched a while back had some great specifications at a very reasonable price. The device was made to crush its competitors in the same price range, but was it successful in doing that? Let's take a look

Poco X3 is yet another offering from Xiaomi sub-brand Poco. it has been launched, at a time when people were expecting Poco F2. One may recall, Poco 1, which was launched last year, was well received appreciated for its overall performance.Unlike some other recent Poco smartphones that seemed to be heavily inspired by Redmi smartphones, the Poco X3 is different. It also boasts of the new Qualcomm Snapdragon 732G SoC and comes with a starting price tag of Rs 16,999. Is it worth buying, or does it meet the expectations from a mid-budget smartphone? Let’s find out in our review of the Poco X3. 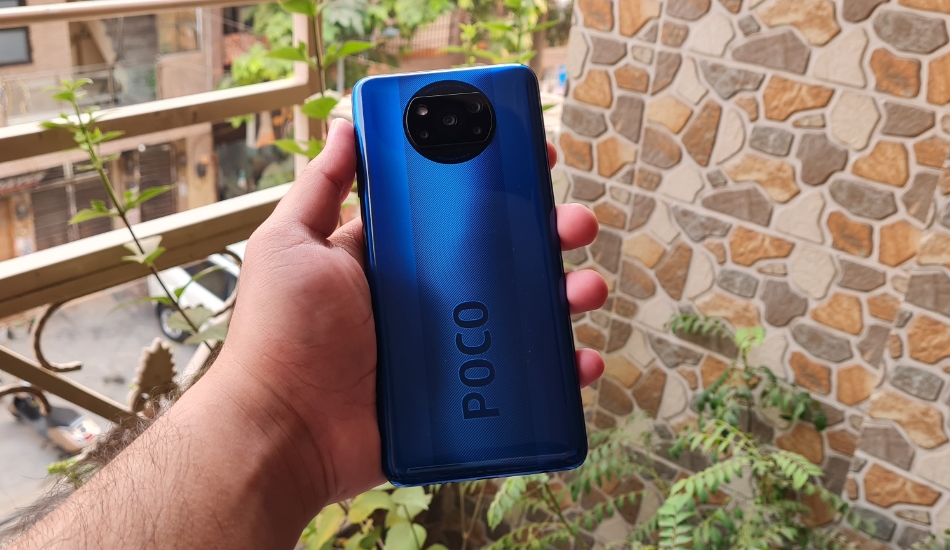 Right off the bat when you hold Poco X3 for the first time after taking it out of the box, you will feel how heavy and bulky it feels. Because the Poco X3 has a huge 6,000mAh battery, the device is on the thicker side, but Poco has managed to retain the premium feel. 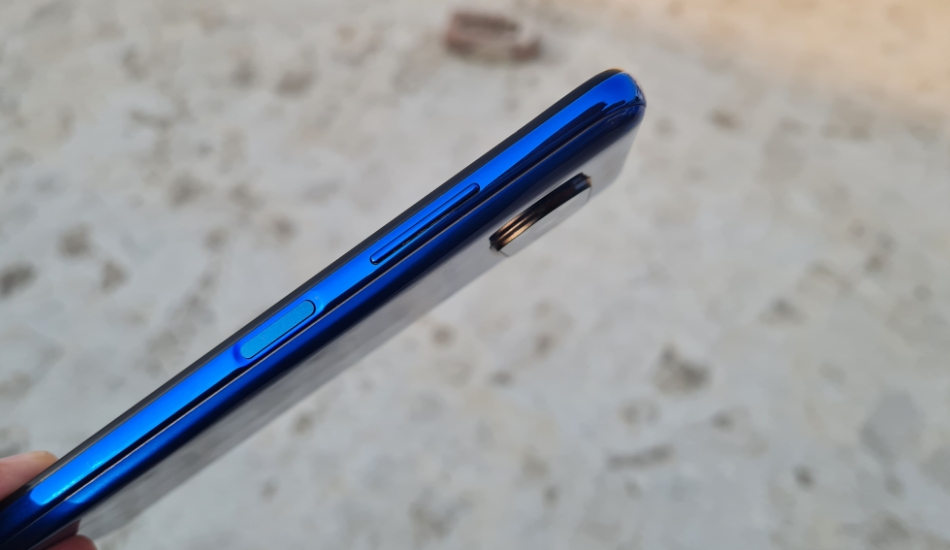 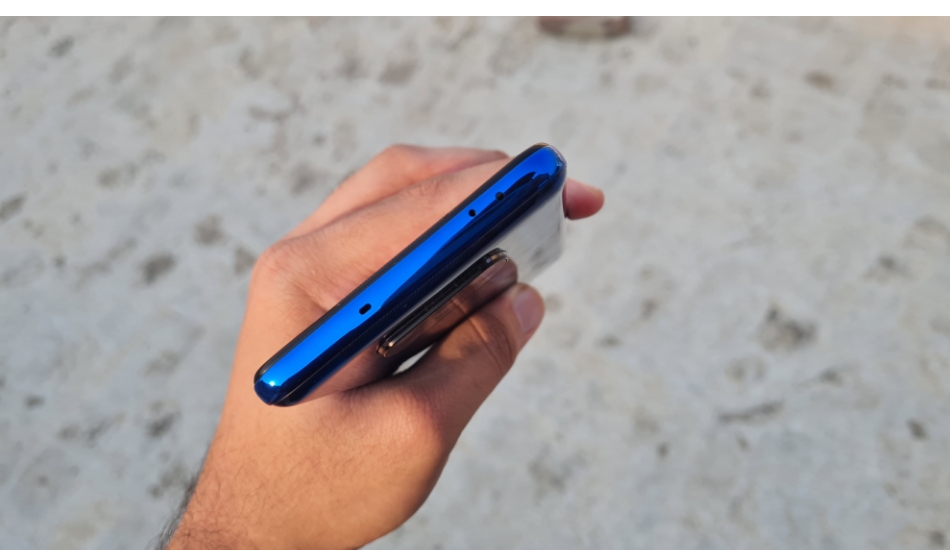 We have the volume rocker and the power button on the right, which also doubles as a fingerprint scanner that was quick in recognizing my fingerprint without any issues. On the left, we have the SIM Tray. On the top, there’s a mic, an earpiece for calls which also acts as a second speaker and a hard-to-find these days IR blaster so you can control other devices in your house. On the bottom, we have another speaker, a type-c port for charging and a headphone jack. 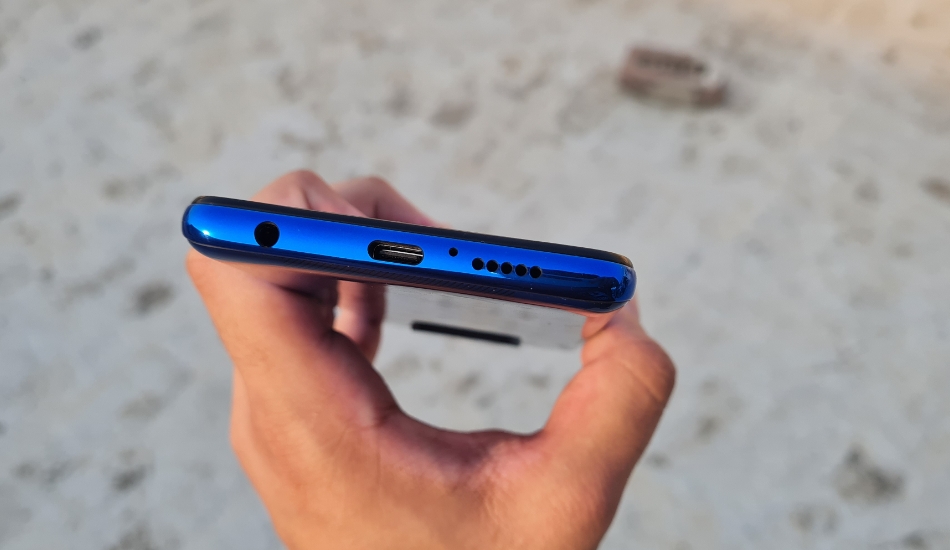 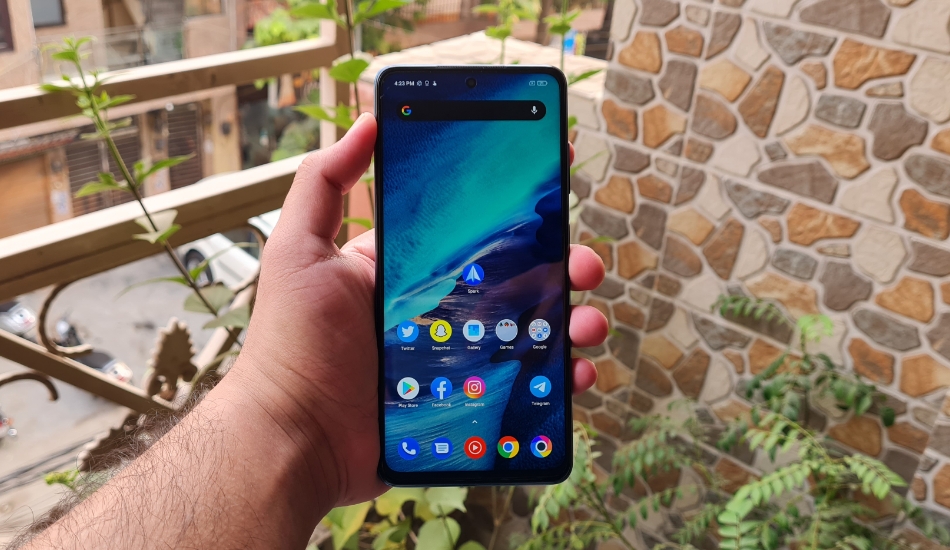 The Poco X3 has a 6.67-inch IPS LCD 1080p FHD+ display and it does look good. As it is an LCD panel, the brightness and outdoor visibility do take a hit, but for the most part, the display is quite nice to look at with that 120Hz refresh rate. The colours looked good and the display looked sharp.

The Poco X3 is powered by the Snapdragon 732G and our unit had 8GB of RAM and 128GB of storage. The device handled everything with ease which I threw at it. Be it RAM management or launching apps, the device was smooth with its animations and I would say that Xiaomi has done a good job with MIUI 12. The software had great animations throughout and is feature-packed from Game Turbo to floating app windows. 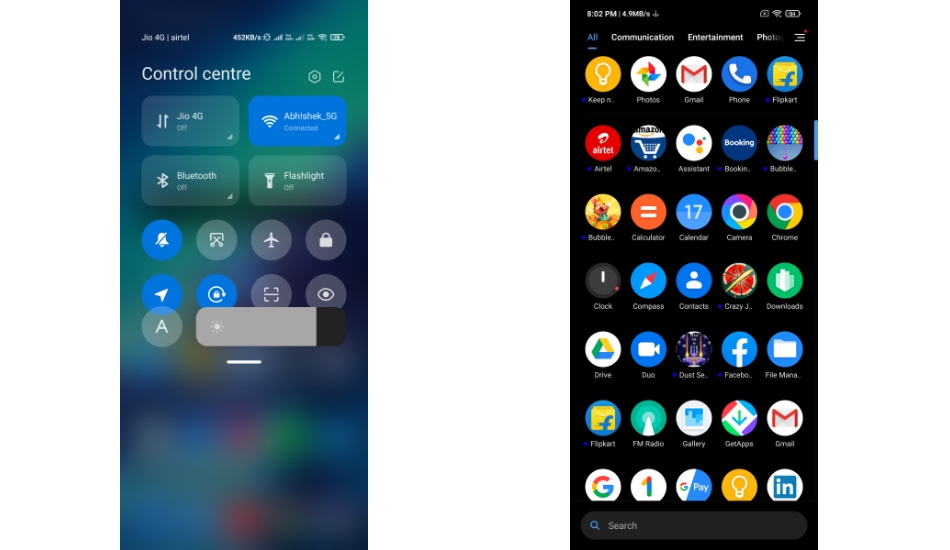 One thing I did face an issue with was the new control centre where it would just not appear correctly as the elements overlapped each other (above image). This was solved once I turned off the new control centre and turned it back ON but this means that some work still needs to be put in the development of the software. The phone was also filled up with a lot of bloatware which I uninstalled right after I set it up (2nd image). 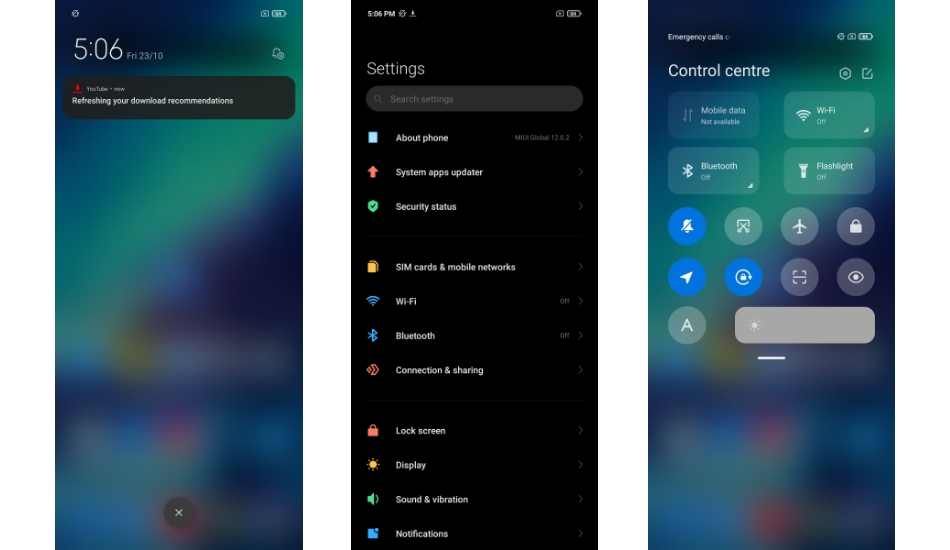 Another feature that impressed me was the haptics. The haptics on the device is the flagship level. The phone gives you haptic feedback even when you are scrolling or if you turn on a toggle for anything. The second impressive factor was the sound. The two speakers were super loud, clear and even gave a sort of bass effect while a song played which was great.

The device is backed by a huge 6000mAh battery with support for 33W fast charging and the fast charger is provided inside the box. 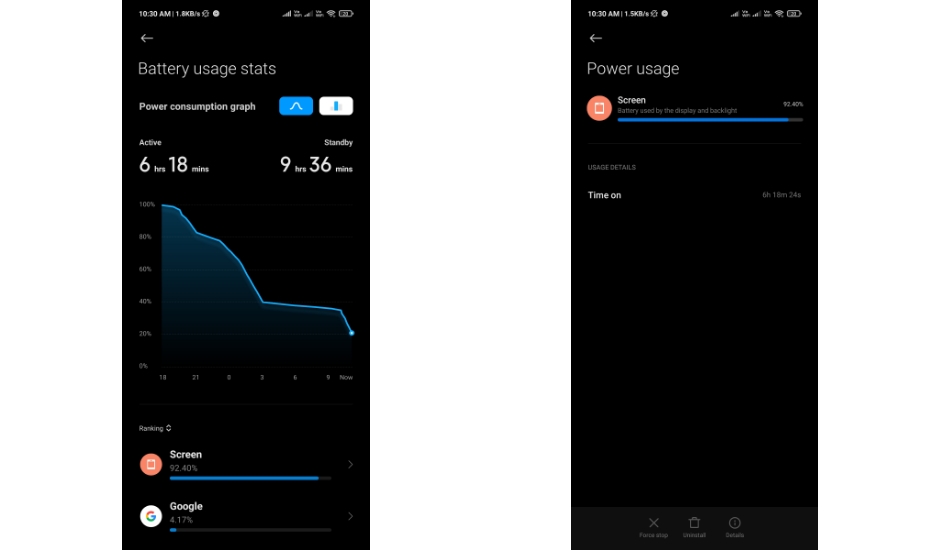 As expected, the phone gave me amazing battery life with constant 120Hz refresh rate with more than 6 hours of Screen-on time, standby time of 9 hours and a little bit of gaming. Most of my time was spent browsing chrome, listening to music on YouTube along with video streaming and WhatsApp Video calls. 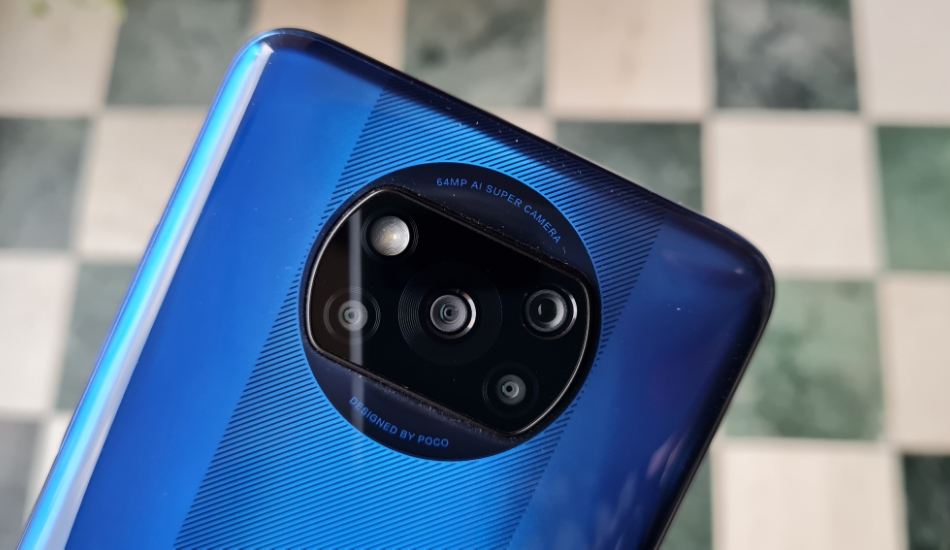 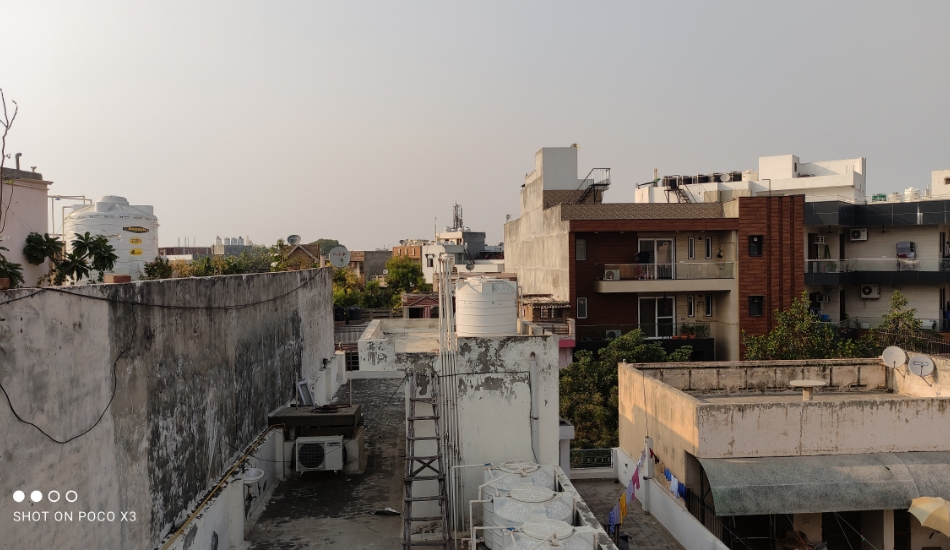 The cameras were able to perform well in good lighting conditions and outdoor shots. The dynamic range was fine and the sharpness of the picture was also great. What didn’t impress me much were the colours. The colours looked a bit dull in my opinion even though with AI scene enhancement switched ON which is supposed to boost the colours. 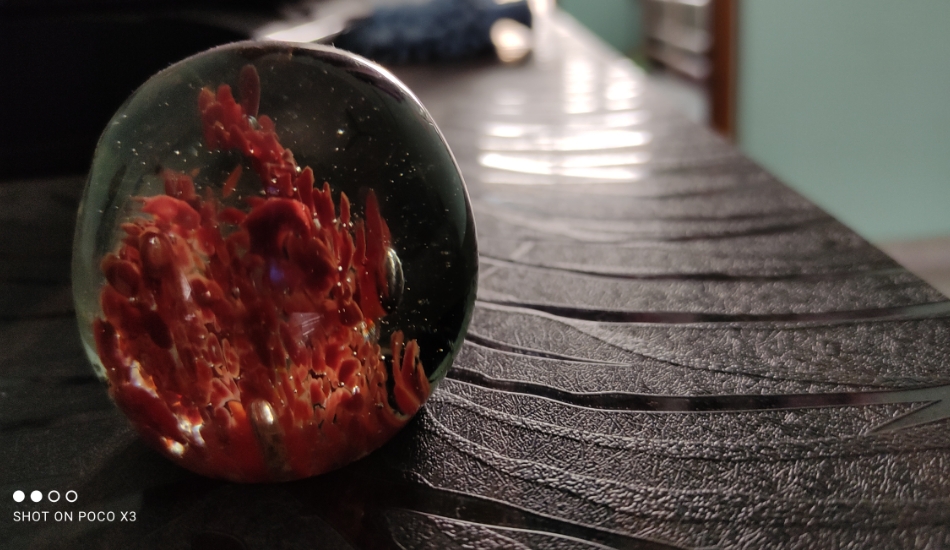 Close up shots had great bokeh effect and the device managed to click some great shots with average sharpness. But again the colours didn’t feel natural. 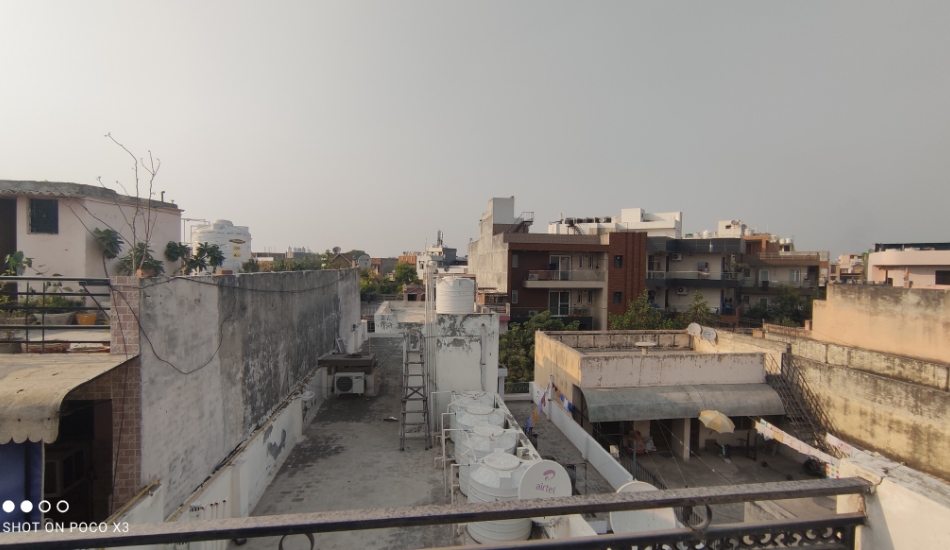 The wide-angle shots had a decent amount of colour shift when switched from primary camera but there was nothing disappointing here. The samples did have some distortion at the edges but are bearable. 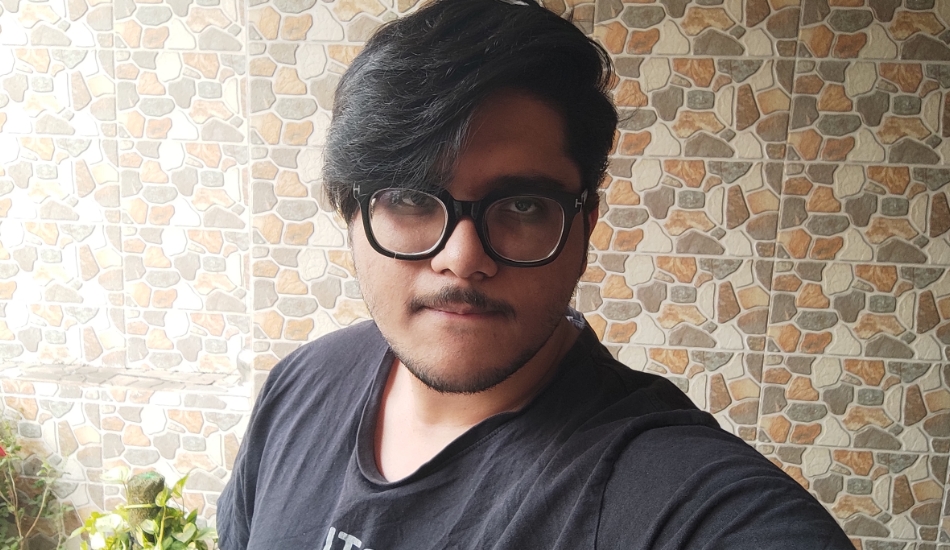 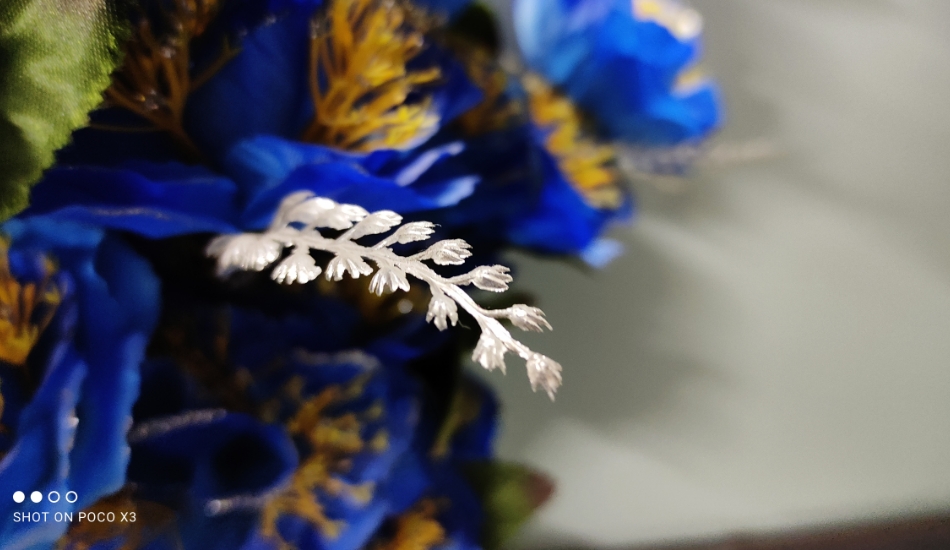 The selfies were nothing extraordinary. The phone clicked good selfies with above-average clarity and average colours. Under artificial lighting, the device produced images with great colours but the samples looked soft with less detailing.

The Poco X3 is a great device and definitely crushes its competitors like the Realme Narzo 20 Pro. The device is a bit bulky but has a premium feel and almost feels like a flagship.