Oppo Reno 5 Pro 5G Review: Is it an Allrounder? 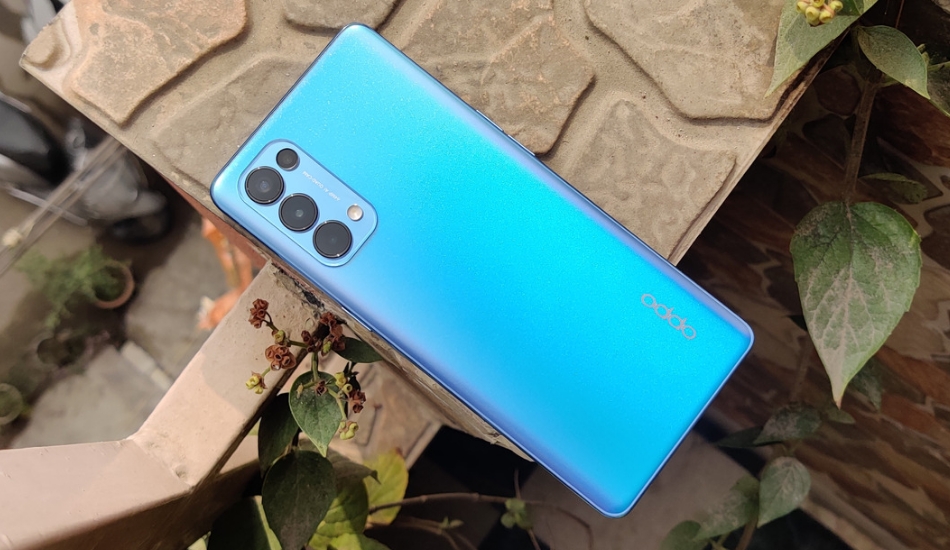 The Oppo Reno 5 Pro 5G is the first device in India to be launched with a MediaTek Dimensity 1000+ chipset and in our opinion, Oppo has built a solid device with great performance.

Oppo is making a run for success as the chinese manufacturer released the first phone in India to be powered by the Mediatek Dimensity 1000+ SoC and that is, the Oppo Reno 5 Pro 5G. It has a starting price tag of Rs 35,990

The flagship-grade chip is based on the 7nm fabrication process and does pump out a great level of performance in my opinion which we’ll get into detail later in the review. The Oppo Reno 5 Pro 5G comes with a great design, a quad camera setup, Oppo’s latest ColorOS 11.1 based on Android 11 much more.

I would specifically like to talk about the design of this phone because Oppo has done a great job designing this one. But first, let me tell what you get inside the box: 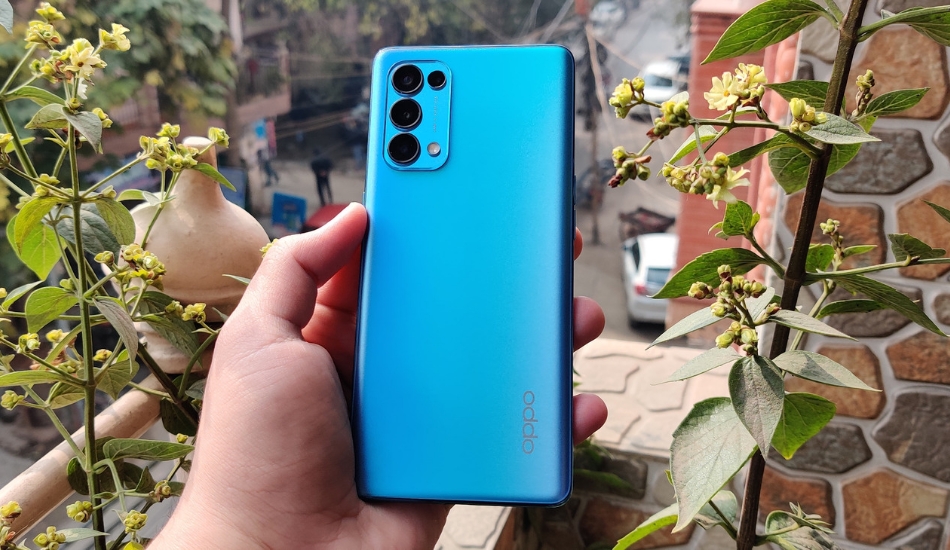 The one word that can define the design of the device is ‘Premium’. The device feels premium in every way from the haptics to the in-hand feel. We got the Starry Blue colour as our review unit and the colour definitely looks unique from the lot. It is not a regular Nebula Blue colour that we see in a lot of devices these days.

The colour shade is a lot in the Cyan-ish territory and obviously changes shades respective to the angle from which you look at it. As there is a matte finish on the back, the device doesn’t pick up fingerprints at all and the overall grip when you hold the device is impressive. 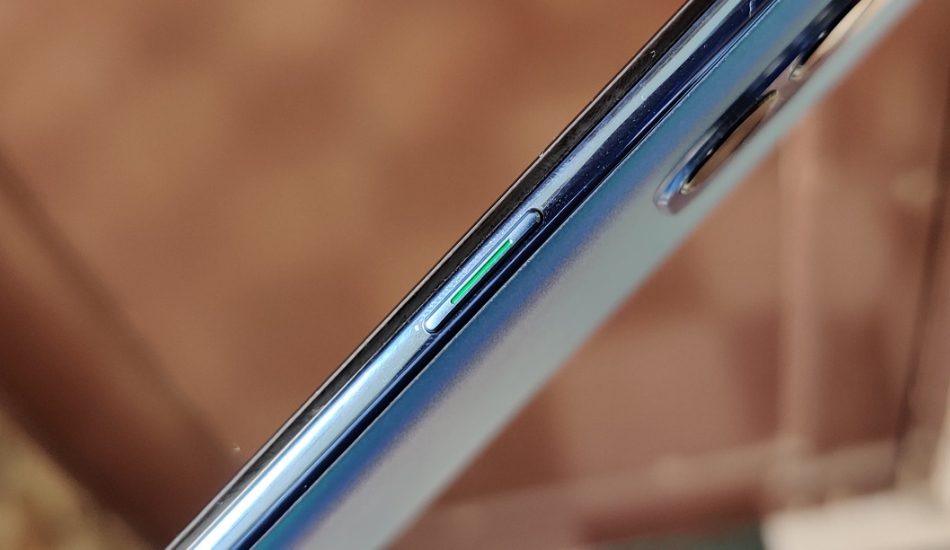 The rear then melts into the metal frame that makes it easy to hold the device. The power button on the right has a green tint to it that shows Oppo paid a good amount of attention to detail. 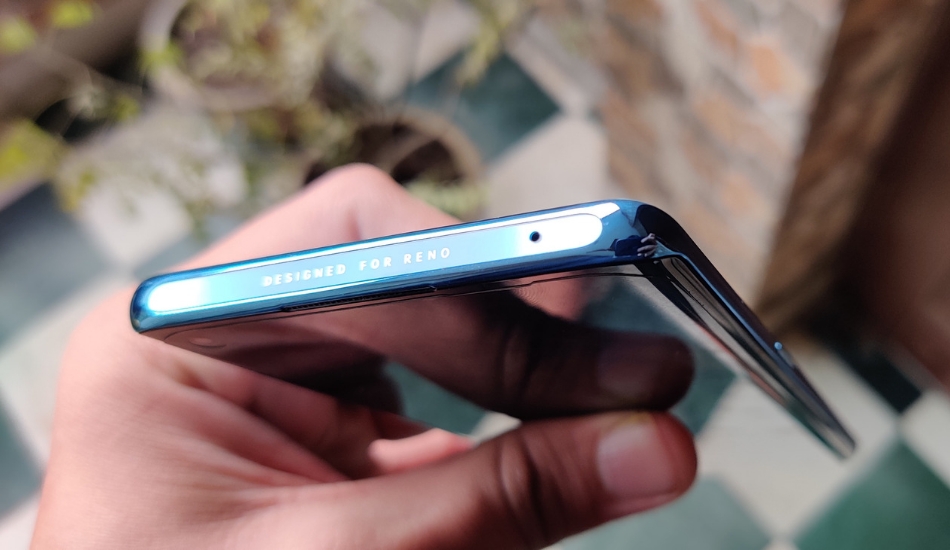 On the left we have the volume buttons and on the bottom we have the usual components including a speaker, Type-C port for charging, followed by a mic and the SIM Tray. On the top, there’s a mic and a strip made of different glassy texture than the other sides of the phone which says ‘Designed For Reno’ that actually looks good.

On the rear, apart from the matte finish glass, there’s the Oppo branding on the bottom right along with the quad camera array on the top left. In conclusion, the device definitely has a head-turner design that looks premium and beautiful at the same time. 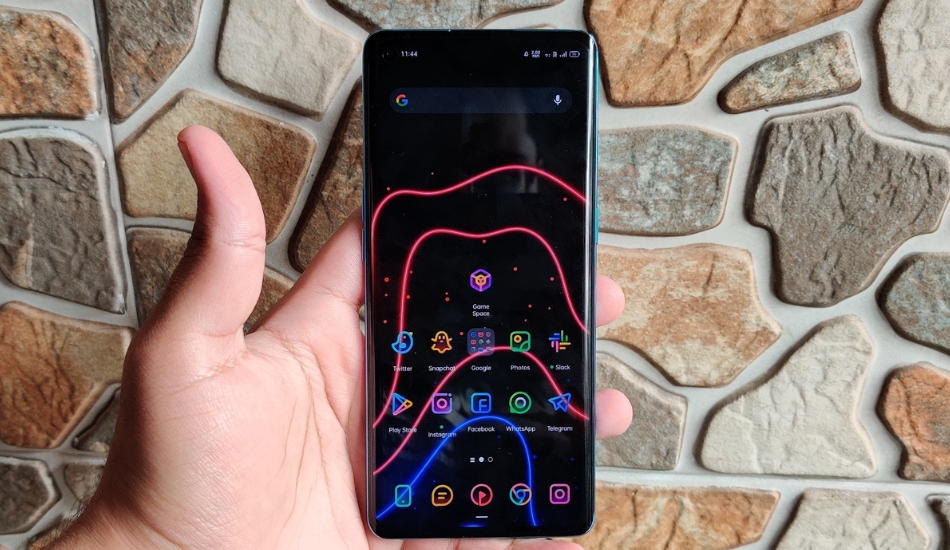 We can see how impressive these specifications look and the Reno 5 Pro justifies them in every aspect in real world usage too. The display on the smartphone produces punchy and accurate colours along with a good level of brightness. Even when indoors, I could comfortably view the display even at 50% value. Outdoor visibility was perfectly fine with high brightness.

The 90Hz refresh rate does level up the experience in its own way and to mention, I didn’t face any accidental touches with those curved sides of the screen. It is a treat to experience the display of the device every time you unlock the phone. 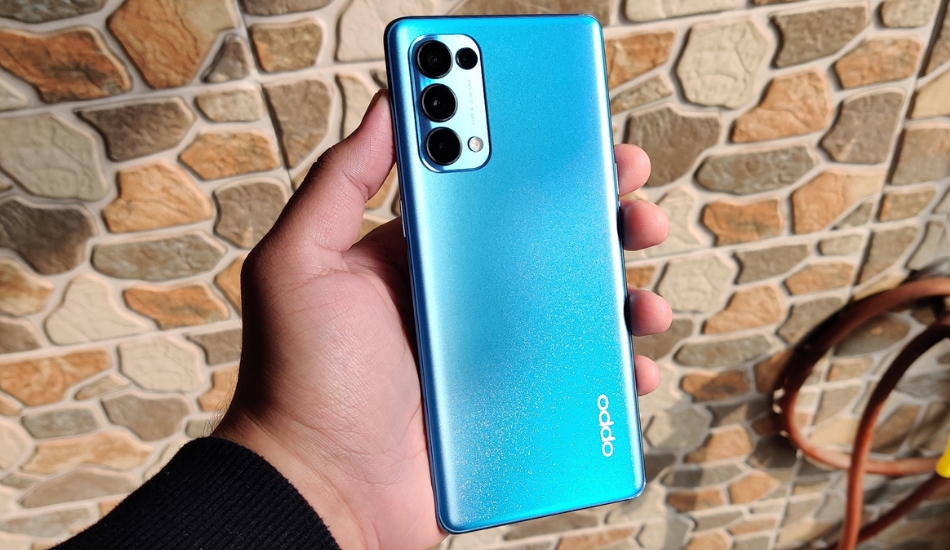 As mentioned in the beginning, the smartphone is powered by the MediaTek Dimensity 1000+ processor that is based on the 7nm structure and performs up to a highest frequency of 2.6Ghz. The processor is paired with the ARM G77 MC9 GPU for the graphical needs. It comes with 8GB of RAM alone with 128GB of internal storage.

The device runs on Android 11 out of the box and is based on Oppo’s new version of its skin, which is ColorOS 11.1. Talking about the features, we have a bunch of them in the software including Always-On Display, Game Space, Launcher Customization, Theming, Accent Colours and a lot more. 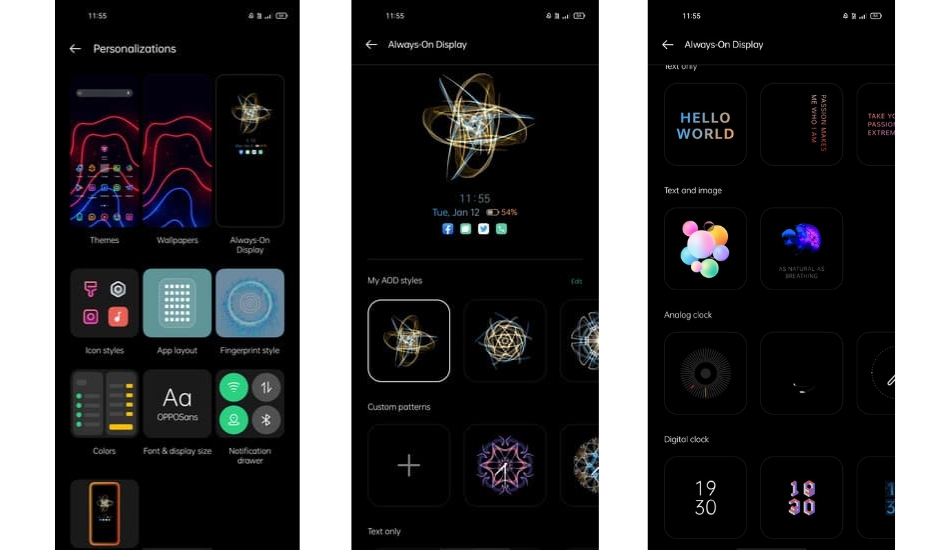 The level of customization Oppo provides with the Always-On display is really great. You can create custom patterns, enter the text of your choice, choose amongst a host of other pre-loaded styles, etc. We can see how Oppo’s software has matured a lot since its ColorOS 7 days. 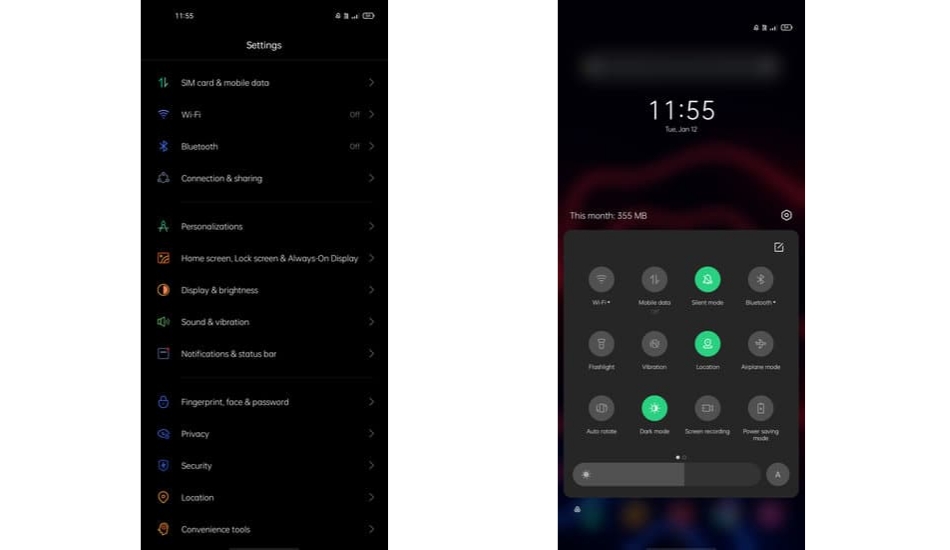 Coming to overall performance, the device didn’t disappoint in this aspect too. It just handled everything I threw at it very smoothly. The day-to-day usage was super good as I didn’t notice any lags in my 2 weeks of usage. RAM Management was great and app launches were fast as well. Switching between apps was a breeze and the experience was pretty

As far as gaming is concerned, we tried 2-3 games and well, the device continued its streak of performing well. Call of Duty, Asphalt 9, PES 2021 were easily playable at max graphics without any frame drops as such.

The Reno 5 Pro comes with 5G connectivity thereby following Industry standards. While we couldn’t test 5G connectivity for obvious reason, speeds at 4G VoLTE and call quality were fine. The Wi-Fi worked nicely with both 2.4Ghz and 5Ghz bands and the connectivity range was fine. 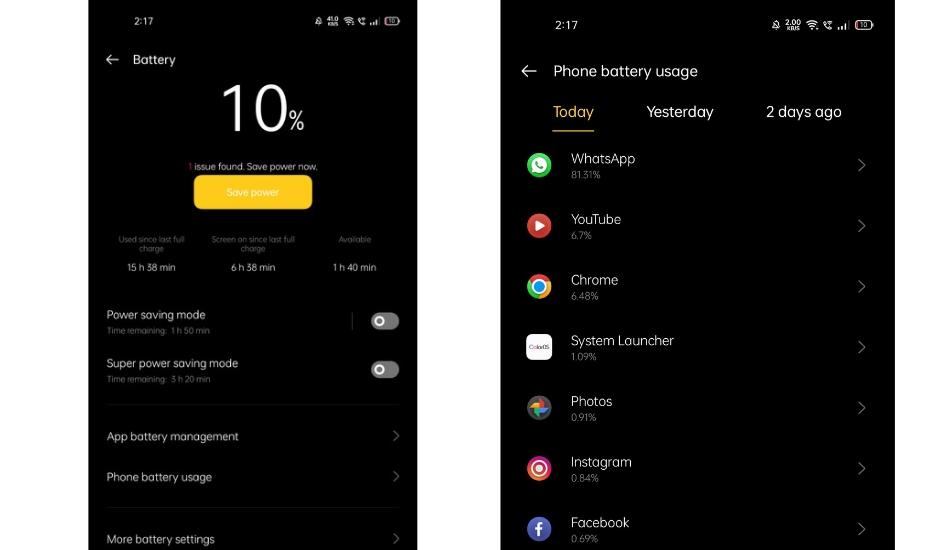 For battery life, the device once again managed to impress us as I was constantly able to get 6.5 to 7 hours of Screen-on time with heavy usage. While gaming, the screen-on time did reduce by 1 hour or so but that’s normal considering I was paying the games at high graphics.

The charging speeds are insanely fast as well at 65 watts. The smartphone went from 10% to 100% in about 30 – 35 minutes which is amazing in our opinion. It will have to be seen how the battery life degraded over time as charging your device at high speeds doea degrade the battery life faster than normal. 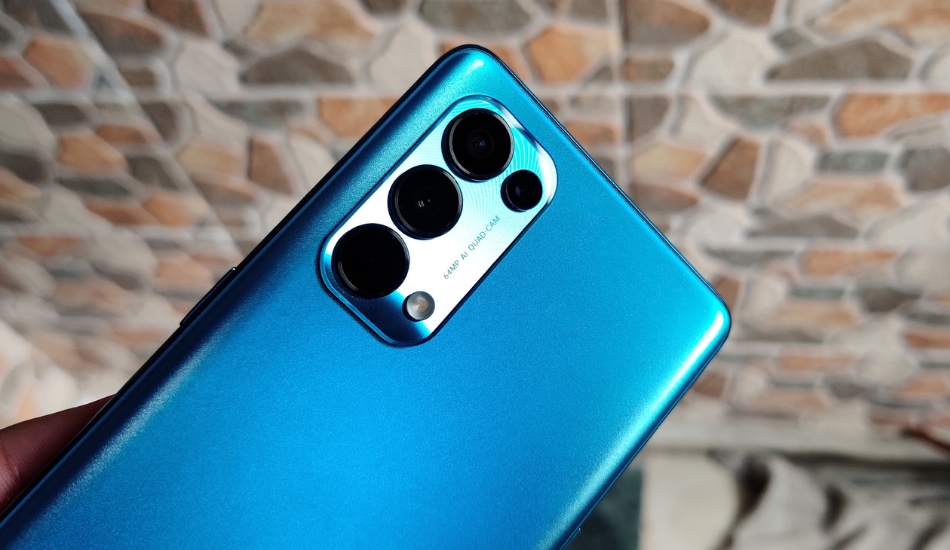 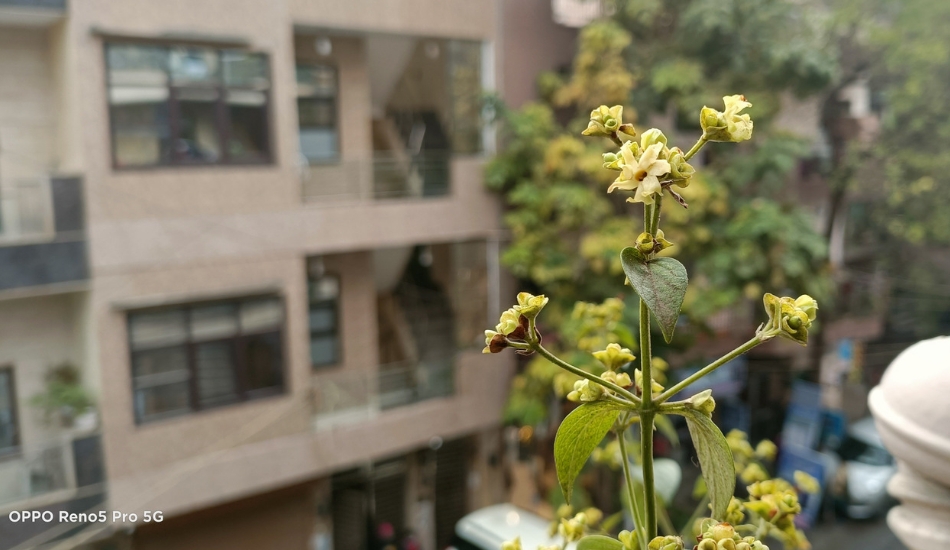 The camera experience for the most part was good. The primary lens performed nicely in outdoor lighting and instantly recognized the subjects on which I was aiming to focus. There was a nice bokeh effect along with natural colors. I feel the detailing in the picture could have been a bit better but there’s nothing disappointing. 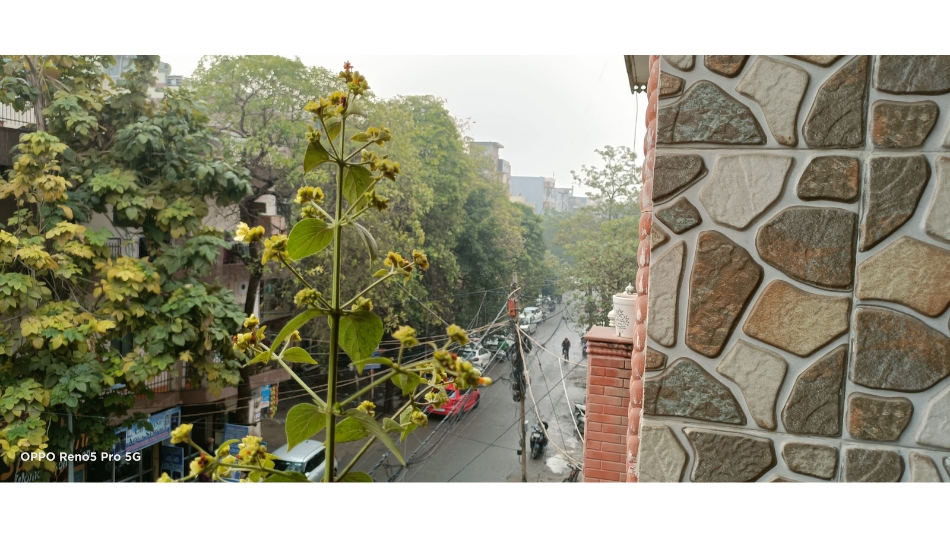 Wide-angle shots were nice as well with not much of a colour shift from the primary camera. The details of the pictures did fall again which should be improved in a future OTA update. 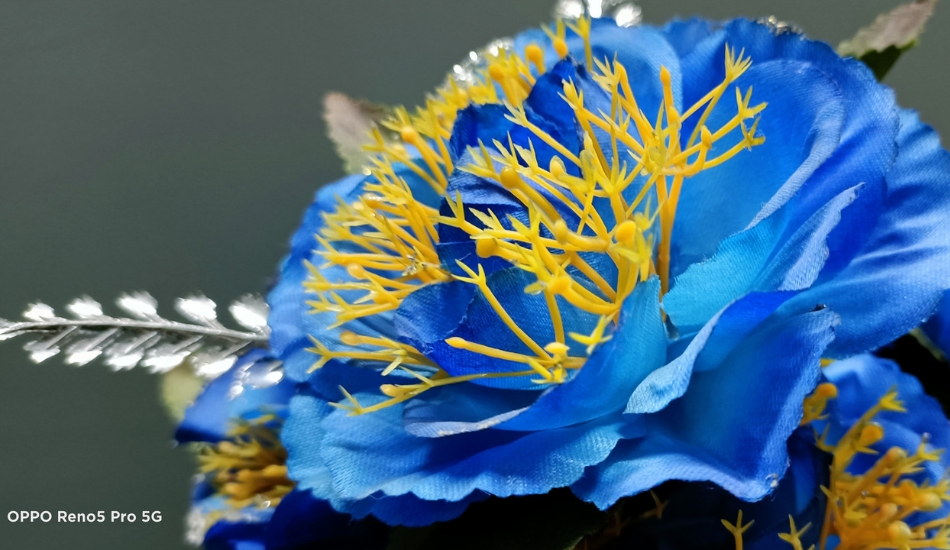 Under artificial lighting, the device didn’t seem to struggle much with average detailing but really good, punchy and accurate colours. Under low-lighting, the sharpness of the image was on the softer side. 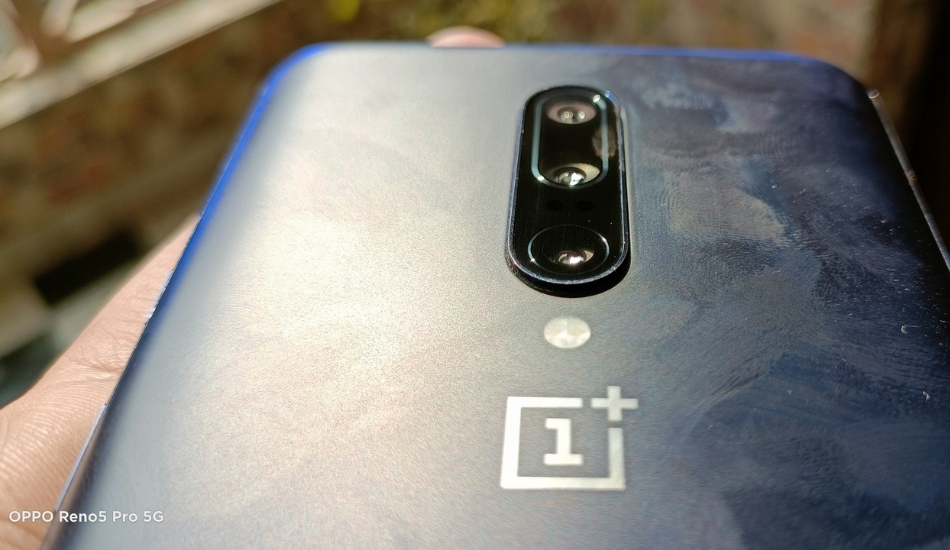 The macro shots from the device came out to be really impressive with a good amount of details and accurate colours and I must say it is one of the strongest points in the camera department. As you can see in the picture above, one can clearly observe the dust particles along with the detailing of the fingerprints and even the dust particles around the camera module of the phone. 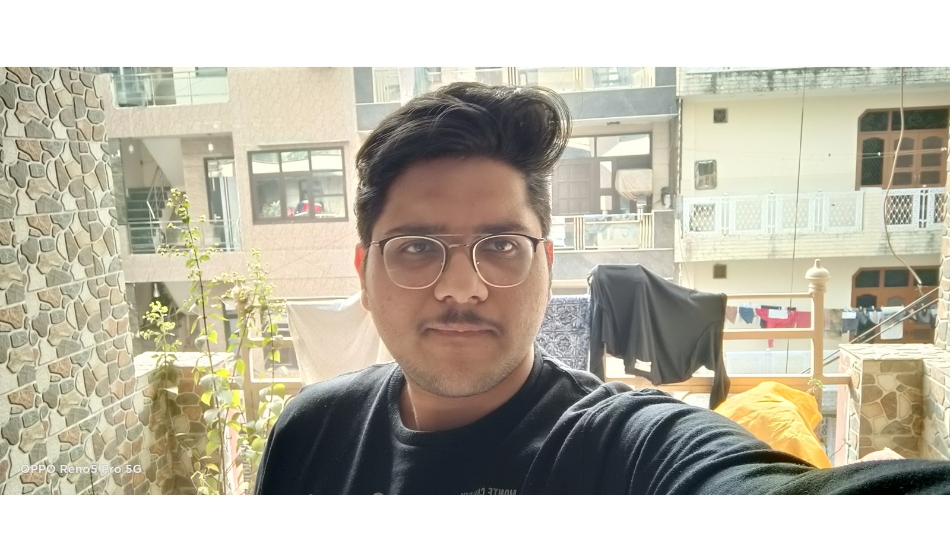 The selfies could have been better with the device as I felt it missed out on colours and sharpness as well. 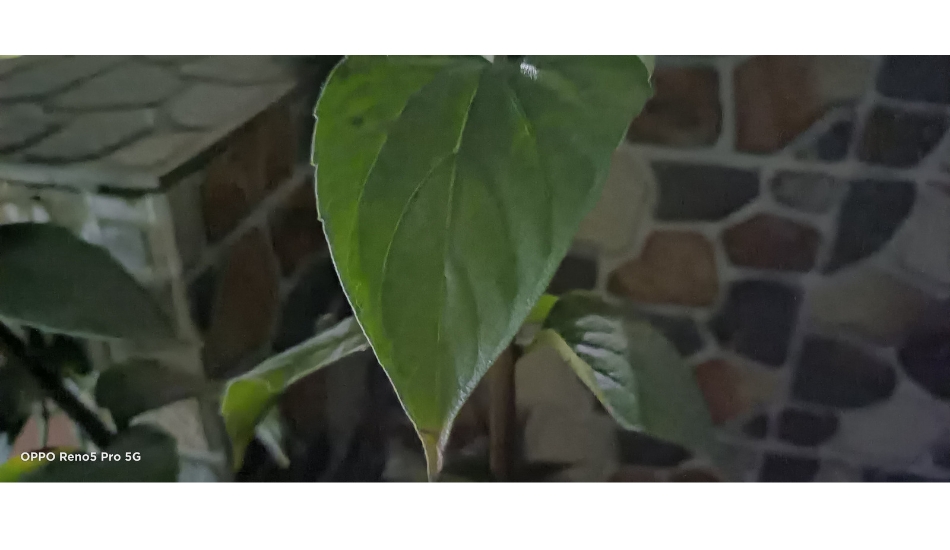 The night mode shots were nice as well as the camera continued to sacrifice details for an increased level of brightness in the picture. The following image of the leaf was taken in pitch dark and you can see that it has no detailing but the brightness of the picture is adequate.

Oppo Reno 5 Pro 5G seems to be an allrounder package. The camera is a bit on the average side which might get better with updates but the performance is trouble-free.