Here's a review of the Nokia C20 Plus which comes as a budget offering from Nokia. It is powered by a Unisoc chip and has a 6.5-inch HD+ display. 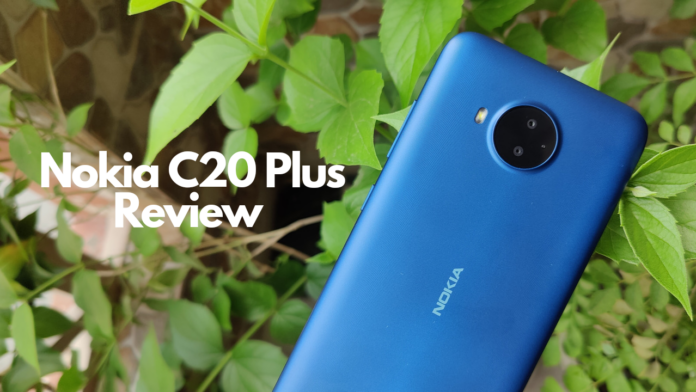 The budget category of smartphones in India is filled with many options, including those from Xiaomi, Realme, Samsung, Nokia, and more. Out of these, Nokia recently launched a new budget smartphone called the Nokia C20 Plus for Rs 8,999. The device comes with a UNISOC SC9863a processor and has a dual-camera at the back. While we do have some decent options in this category, let’s look at what Nokia has to offer.

The Nokia C20 Plus has a plastic build, and the only piece of glass you will find on the phone is at the front. There’s a circular camera array at the back housing dual cameras. To the left of the module sits the flash. There’s the Nokia branding in the centre, and at the bottom right, there’s a single mono speaker.

The power and volume buttons at the right are clicky enough. It’s really a big phone to hold in one hand, and you will need to use your second one to reach the top of the display. At the top, there’s a 3.5mm headphone jack as well. Nokia also provides a case inside the box to protect the smartphone from drops.

You get a 6.5-inch HD+ display on the front with a screen resolution of 1600 x 720 pixels and a 20:9 aspect ratio. Below the display is the Nokia branding. The display has good clarity with decent colour accuracy. The sharpness could have been better, but it’s decent for the price. It gets bright under outdoor conditions, but it’s not the brightest in its price segment.

As mentioned, a UNISOC SC9863a processor powers the smartphone along with 2GB of RAM and 32GB of storage. The memory can be further expanded up to 256GB via a microSD card slot. To make things run smoothly, the Nokia C20 Plus comes with Android 11 Go Edition. The Go Edition of Android is tailored for entry-level devices meaning the operating system isn’t much resource-heavy.

Usually, 2 gigs of RAM isn’t enough for Android to run smoothly, but thanks to Go Edition, the smartphone didn’t face any hiccups. What I did notice was that it came with 0.5x animation speed as default which means the animations were uncomfortably quick. So I changed it back to 1x speed and things looked smooth. However, at times, apps like Facebook and Instagram did take time to launch. So you might want to install the Lite variants of these apps, which worked without any issues.

You cannot expect to run heavy games on the smartphone for obvious reasons. Light gaming including games like Subway Surfers, Clash Royale, etc worked fine. The UI is free of any clutter but does come with a bit of bloatware that is fortunately uninstallable. You get a stock Android experience which is great. Secondly, there’s no fingerprint sensor on the smartphone.

The only means of security to protect your data are software-based, including PIN, Password, Pattern, and Face Unlock. The Face Unlock functionality on the smartphone isn’t the fastest and takes a second to unlock but gets the job done. The phone also gets a 3.5mm headphone jack with the help of which you can get access to FM Radio.

The Nokia C20 Plus gets a 5000mAh battery cell with 10W charging support. With a smartphone with such low powered resources, I expected the battery to last long and met my expectations. Even with heavy usage including streaming, browsing, and more, the battery easily lasted me a day. With light usage, it can easily get you more than a day of battery backup.

However, it still has a Micro USB port for charging. It would have been better if it was a Type-C port but we don’t have that. The phone easily takes 3 hours to top up from below 10% to a full 100% of charge. This was expected considering it only has 10 watts of charging power support.

The Nokia C20 Plus comes with a dual rear camera setup. There’s an 8-megapixel rear camera with LED flash and a 2-megapixel depth sensor. For the front, there is the 5-megapixel shooter. Shots with the primary camera looked decent when given enough light. Under outdoor conditions, the detailing was average, while the colours looked a bit faded.

When clicking portraits, the depth sensor does come into play and helps in accurate edge detection. But again, the colours look faded with average detailing. The sharpness, however, was below average.

Night shots were worse, and there was little to no details. Night mode does help in improving the brightness but not much. Selfies had okay-ish colours, but the pictures had a smudge effect. When zooming in, one can easily notice a lack of details and sharpness.

Shots under artificial lighting missed out on details and were very noisy. WIn addition, whencapturing in low lighting, the camera struggles to focus on the subject. This problem persists even under medium lighting conditions. However, edge detection and sharpness was good enough. 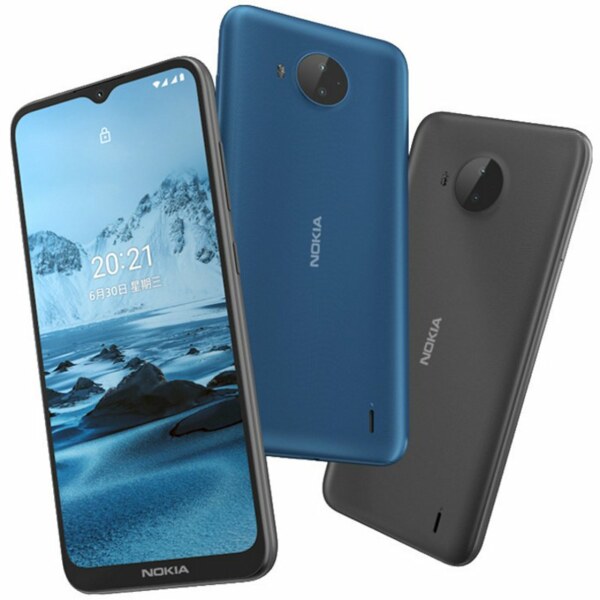 Load more
Nokia C20 Plus is a value for money smartphone but it has some serious competitors. The software experience was good but the camera was just decent.Nokia C20 Plus Review: Can this be the ideal budget option?