A good looking Android smartphone that is full of surprises.

The 5 inch device category is one of the most popular these days, and the reason is simple. Users get more utility with a bigger display while keeping the portability quotient high as well. Lenovo’s S890 is its latest Android smartphone that features a 5 inch IPS display and the goodness of Google Android Jelly Bean. While the device gets the regular set of hardware specifications the features that the company has included in the device really make it stand out from the crowd. But how good the Lenovo S890 really is, let’s find out.

Lenovo, without question, has designed a beautiful looking product with the S890. The device, with its glossy white finish and metallic trimmings on the sides, looks great and classy as well. The glossy back panel need not be a cause for worry as Lenovo has included a magic flip cover inside the box.

The magic flip cover actually enables the auto display turn on and off feature for the Lenovo S890. What that means for the user is that he no longer needs to manually lock the device by pushing the hardware button; all he needs to do is close the flip cover and the device goes into standby.

We won’t say the device is lightweight, but it is still manageable at 170+ grams of total weight that includes a bigger 2250 mAh battery pack. The lack of hardware buttons on the front gives this device a sleek and clean look, which makes it a cool object to hold. 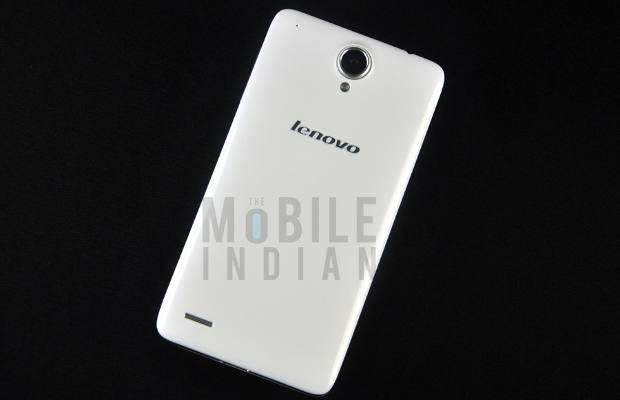 The earpiece of the Lenovo S890 features indicator lights, which light up when you get a notification and while charging, and are easily visible through the flip cover as well. 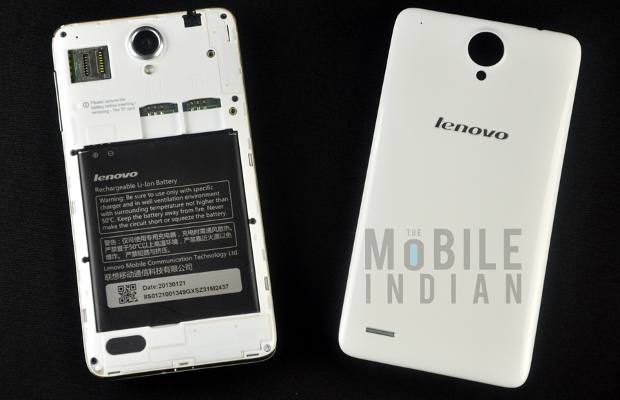 The resolution of 540 x 960 pixel on a 5 inch display is enough for most applications and usage while the color reproduction on this device is excellent. Its brightness level can go really high but it consumes battery and puts a lot of strain on the eyes as well. 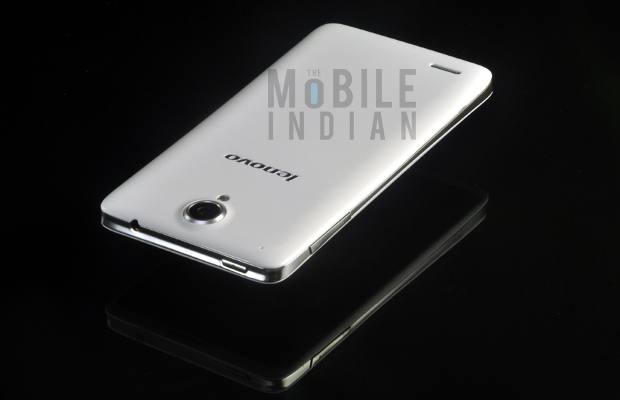 Even with the display the magic cover comes as a boon. The moment it is closed the display goes off, contributing to huge savings on the battery backup. The Lenovo S890 features a slim side bezel design that makes the device look even better, plus compared to other 5 inch display based devices it feels smaller and more comfortable.

The Lenovo S890 utilizes a MediaTek 6577T chipset that includes a 1.2 GHz dual core processor along with a PowerVR SGX 544 GPU. All in all the combo works well for this phone offering fluid touch operations and faster execution of commands and application requests.

The device performs well and fluid thanks to Android Jelly Bean’s Project Butter and along with that the hardware combo has also been optimized for performance. 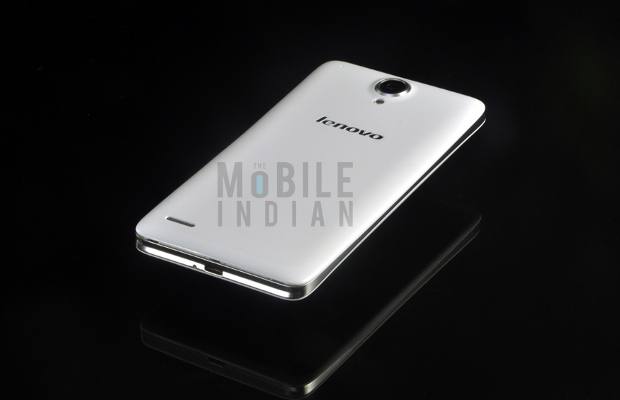 On the gaming front too the phone is capable of doing justice to most games, even the HD ones run smoothly on the Lenovo S890. We played a zombie killing game Dead Trigger on it for hours and it never hung or froze.

The phone also features 1 GB of RAM and 4 GB of internal storage or ROM memory, which works well with the dual core processor and enhances the user experience.

Although out of the 4 GB memory users only get to use 2.7 GB, it’s still good for most users and can be expanded by another 32 GB as well using memory cards.

Lenovo S890 comes with the latest version of Android: Jelly Bean. While the operating system brings most features and applications to this smartphone, Lenovo has made a number of customizations to the stock user interface with its IdeaDesktop user interface. IdeaDesktop brings a whole new set of icons, transitions and look and feel for the Lenovo S890, which is functional as well. Overall, software optimization for the device is great and complements the hardware in every way. 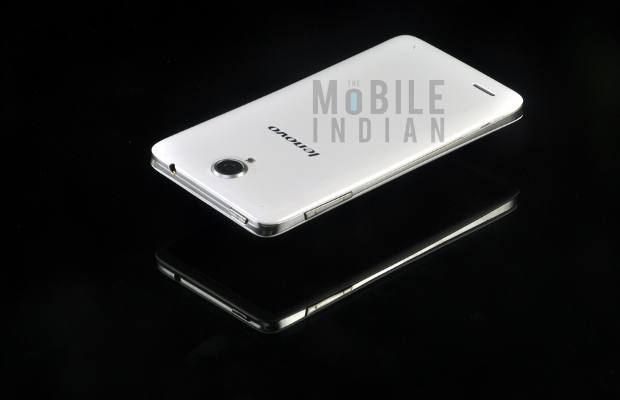 Along with that the user interface comes with a number of themes with separate icon packs adding to the customizability of Lenovo S890.

The Lenovo S890 offers decent all round performance that makes this device fun and easy to use. During the review the device underwent a lot of application testing and stressing but it never hung or froze. Too many applications open at the same time might result in slightly degraded performance but unless you are a hardcore user you won’t feel the difference, plus you can always install a task manager application like GO task manager EX to overcome this issue. The 5 inch display is a major plus point of this device. Even the touch sensitivity is very accurate and all the inputs are accurately registered and translated by the device.

The onscreen keypad, which by default is Touchpal, is nice and offers great utility as compared to the stock Android keypad. Although fat fingers might have slight discomfort while using this device this problem can also be overcome with a capacitive touch stylus that comes as an additional accessory and can be purchased with the device. 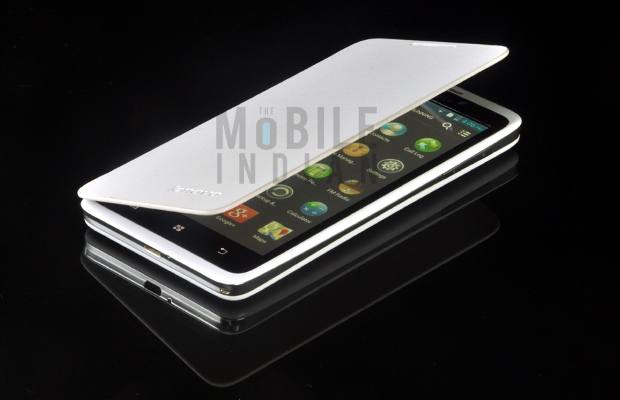 The call performance of this device is also a major plus point for it. Calls are received and made without any issue. The earpiece and loudspeaker volume is abundant and the microphone offers clear sounds to the receiver.

In a world where smartphone cameras are going into double digits the Lenovo S890 comes with a humble 8 megapixel camera with LED flash for additional illumination. Plus, the auto focus is great and captures everything with the best possible sharpness. 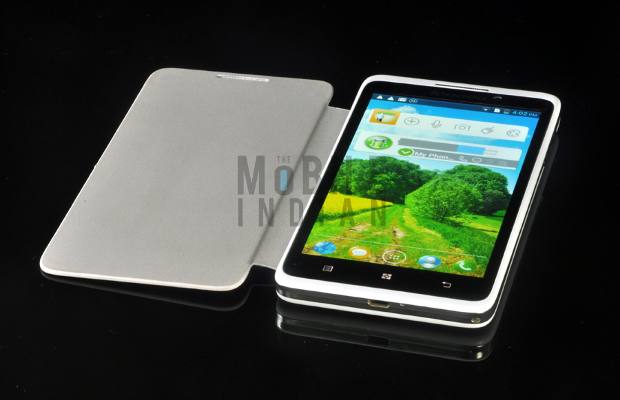 The image quality of the camera is good in both outdoor and indoor modes and the light provided by the flash is sufficient. Colors are captured nicely with details, but indoor pictures capture some noise, which is a turn off. In terms of video recording the device captures 720p high definition video at 30 frames per second and the videos are good and smooth at all times, but with other devices getting full HD 1080p recording at 30 frames per second 720p videos feel like a bit of a downer for the Lenovo S890. The device features a 0.3 megapixel front facing camera that is good for video calling and that’s about it.

On the multimedia front this device supports all generic video formats plus like on any other Android device there’s a plethora of applications available at the Android marketplace to extend multimedia capabilities.

One of the major advantages of the Lenovo S890 is its battery backup. With normal gaming, audio-video use and web browsing over both 3G and WiFi the device usually lasts for two days between full recharges. The 2250 mAh battery pack might sound small for the big 5 inch display but in reality the device’s hardware has been fine tuned to balance power consumption and performance. 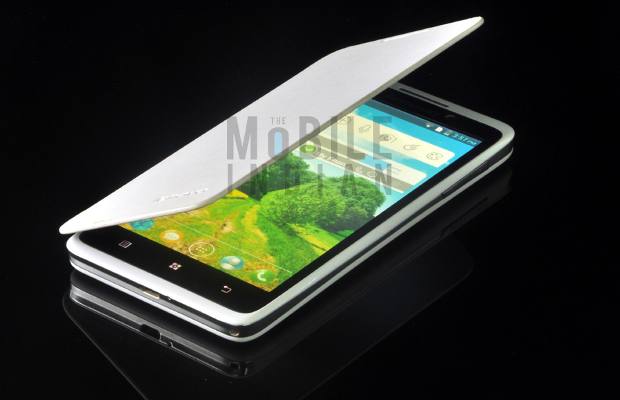 The power save feature works brilliantly and for light users the device will definitely just refuse to die. Overall the battery backup more than pleases users and the magic flip cover is also a key factor in saving battery as it quickly kills the display so that power can be saved for the times when you need it most.

While the Lenovo S890 impresses on some fronts, and disappoints on a few the price of this device is what might scare off a few buyers. The Lenovo S890 is priced at Rs 20,899 at which it competes with the Samsung Galaxy Grand but both devices are unique and have their own set of advantages, though the Lenovo S890 is more attractive. 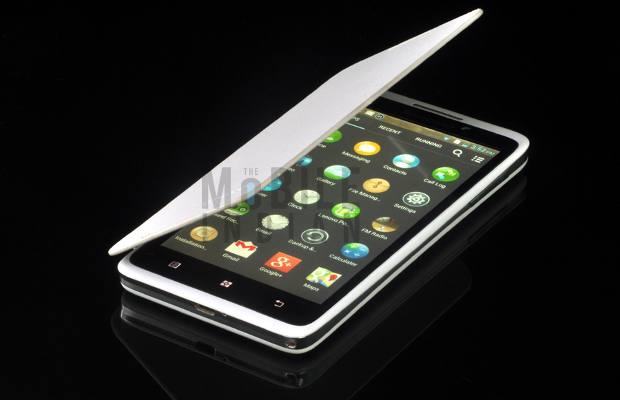 Yet the device is not flawless. The full HD video receding feature is missing, which is a big turn off and its weight is on the high side. Although Lenovo has managed to keep the device as much in the conformable range as possible it still does not overshadow the higher weight. 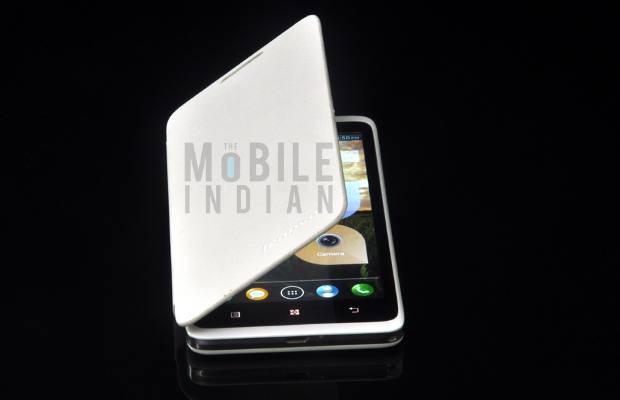 Overall, the Lenovo S890 performs well and offers a great level of customization. Plus the magic flip cover and battery life are like stand out features of this device. If only Lenovo could reduce its device, this phone would be much more admirable.