The budget or low cost Android devices market is seeing a number of new products and manufacturers have to try different ways to differentiate theirs. Itâ€™s no longer a fight to offer the biggest display with quality and performance for a low price. Chennai based Android device maker iBerry, which started its operations in India in 2011 had announced the launch of the iBerry Auxus Nuclea N1 smartphone in the Indian market earlier this year and itâ€™s the companyâ€™s first ever Android smartphone as well. The Auxus Nuclea N1is a 5 inch full HD display based Android smartphone coming from the iBerry brand and to make things interesting it features a quad core processor as well. The Auxus Nuclea N1 is aimed at performance enthusiasts while the price of the smartphone keeps it in the affordable range. But how well does the Auxus Nuclea N1 perform? Lets find out.

Considering that the affordable Android smartphone segment is quite saturated, iBerry has left no room for errors with the Auxus Nuclea N1. The device features a 9.6 mm slim body along with 73.5 mm width edge to edge, allowing this big 5 inch smartphone to fit easily in the palm and still leave room for single-handed operations. The black color finish suits the device and makes it look sleek. iBerry has decided to go in for a thinner bezel making the device sleek, and to add color the company has even included free back panels inside the box. 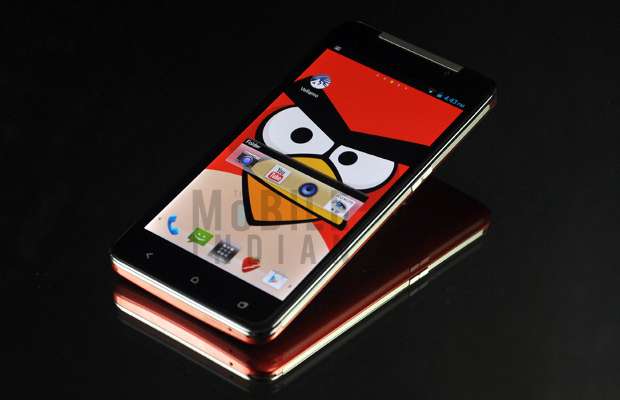 The body of Auxus Nuclea N1 features rounded edges and the display window has a slight taper towards the corners that makes the device comfortable for the userâ€™s ears too. The top features a metallic strip that gives it a distinct look. The right side placement of the power/standby keys really makes them easy to access. The left hand side houses the volume rocker, which is a bit off for right handed users. 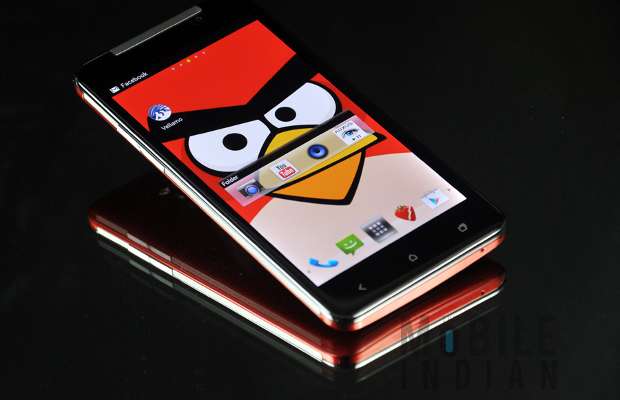 The front of the Auxus Nuclea N1 has a clean finish that looks great on the big device. Along with that the earpiece is accented with a metallic strip that breaks the monotony of the otherwise flat front of the device. The sides feature metallic accents that give a fake impression of speaker grills but have nothing to do with it.

Overall, the build quality of the device is sturdy and it can survive minor accidental falls quite well. The company has used Corning Gorilla Glass 3 with the Auxus Nuclea N1, making the device less prone to damage during falls and scratches. This is the cheapest device to feature Gorilla Glass 3. 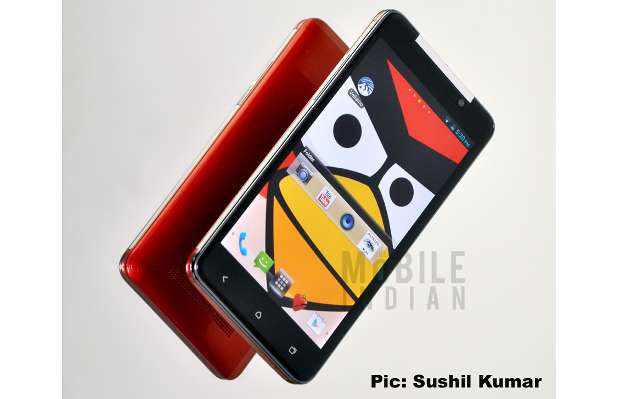 The display on the Auxus Nuclea N1is built using Active matrix technology, which has been combined with One Glass solution in order to improve its performance. Native resolution supported by the device is full high definition 1920 x 1080 pixel at 5 inches, making it great for viewing HD movies as well as playing HD games. The display on the Auxus Nuclea N1 works brilliantly and has great contrast as well as color vibrancy. The maximum brightness supported by the display makes it usable in sunlight as well. As one of the key USPs of the device the display impresses at every possible time. 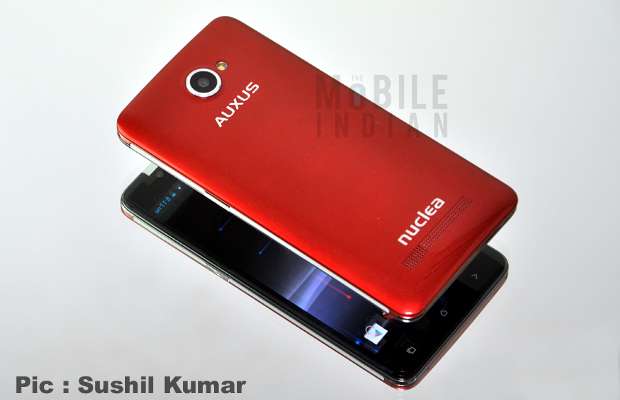 The device features a multi point input system featuring capacitive touch input method for up to 5 points. The touch of the device is very accurate and sensitive. Along with that the use of One Glass solution makes a big difference.

The viewing angles offered by Auxus Nuclea N1 are wide and image reproduction is great. 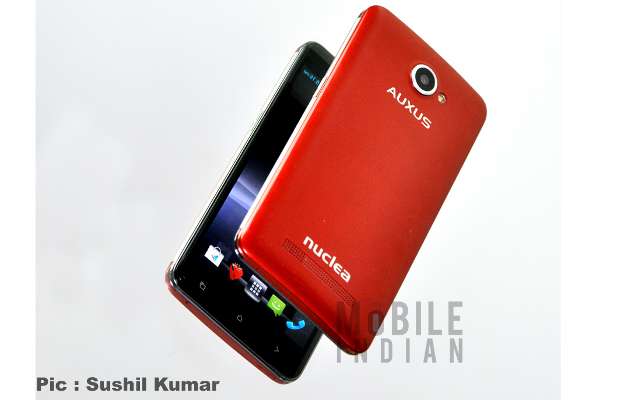 The Auxus Nuclea N1 utilizes a faster MT6589 (Turbo) quad core 1.5 GHz chipset from Mediatek that includes a Power VR SGX 544MT dedicated graphics processor as well. Although itâ€™s not the fastest chip on a smartphone itâ€™s faster than the chip that powers devices like Micromax Canvas and it works well with the 1 GB RAM that has been added to it. 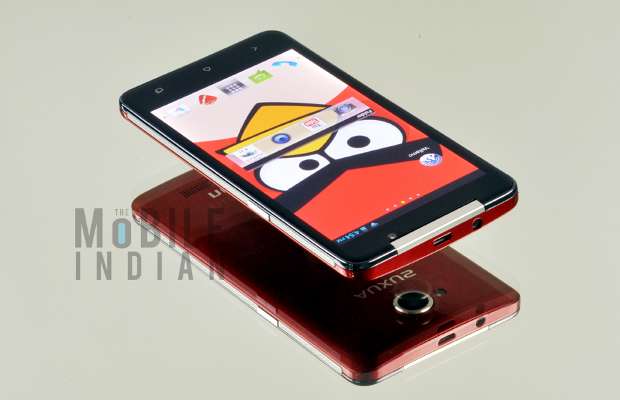 1 GB of RAM is definitely great for the device and working in tandem with Android Jelly Bean the device offers a smoother graphics user interface and better application execution as well. On the gaming front even the HD screen runs brilliantly. We had no issues playing Shadowgun but the quad core chip and graphics units heat up faster. As applications get faster and more performance oriented the quad core chip does fairly well and offers some leg room for the future. 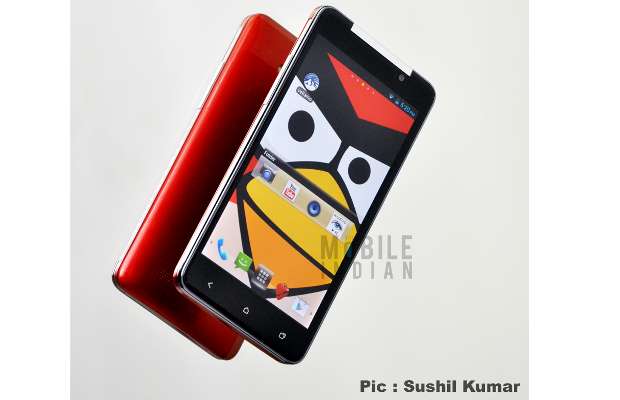 Sadly, one major point of concern is the small 4 GB internal memory considering the muscle that the device has and the kind of performance it is capable of offering. Most HD games come with a 1 GB plus setup leaving hardly any room for applications to be installed on the device.

During the course of the review we did a lot of application testing and stressing but the device never hung or froze. The 5 inch display is a major plus point of this device, and even its touch sensitivity is very accurate. 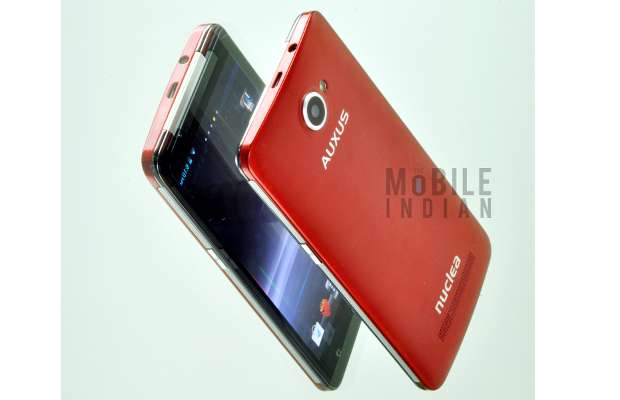 On the performance front the Auxus Nuclea N1 scores 12,540 on the Antutu benchmark. This in simpler words puts it in terms of performance above the older Samsung Galaxy Note and even the Google Nexus 7 tablet. To further stress test the hardware we used Vellamo from Qulacomm in which the device neared Samsung Galaxy S3 with 522 points in metal or hardware while scoring 1532 points in the HTML 5 test on which most web applications work these days. Overall the device offers ample performance but the puny internal storage is a big turn off. 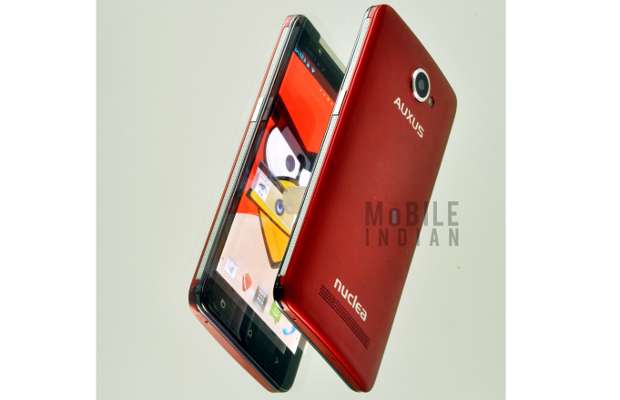 The call performance of this device is also a major plus. Calls are received and made without any issue. The earpiece and loudspeaker volumes are abundant and the microphone also makes sure the receiver gets to hear every word loud and clear. The dual SIM performance is also good and there are no call drops or signal issues whatsoever.

The 13 megapixel camera on Auxus Nuclea N1 offers good image capture quality with tight focus and LED flash compensating for brightness wherever the need arises. Also, the device has a backlight sensor so low light pictures are well lit, and even with a little illumination better results are produced. However, the pictures are grainy in low light but bright light conditions turn things around. 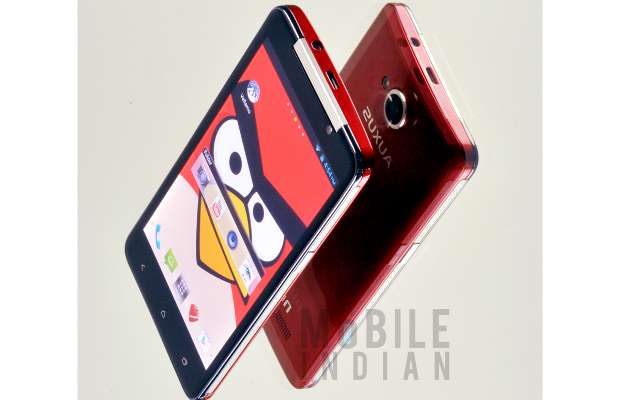 For videos the Auxus Nuclea N1 can take 1080p HD video, which is great. But continuous focus is a good feature and the camera constantly keeps seeking the best focus. Although the focus mechanism is not the fastest it still does a good job.

The image quality of the camera is good outdoors while indoor photography is best avoided. The LED flash comes into play wherever needed but is only effective for close objects and it tends to give subjects a yellowish hue too. 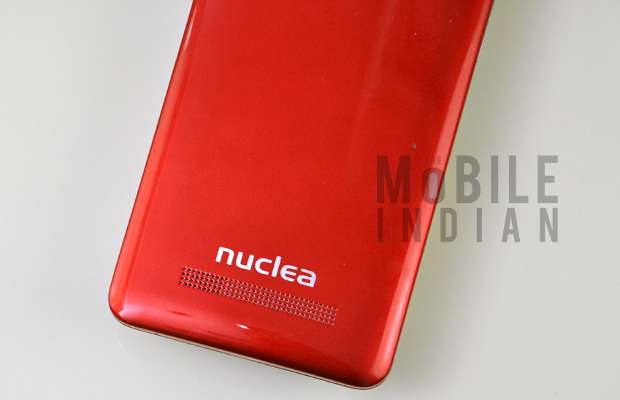 On the multimedia front this device supports generic Android formats, plus like on any other Android device thereâ€™s a plethora of applications available on Android marketplace, which is now called the Google Play Store. The Auxus Nuclea N1 comes with a preloaded look away player that tracks the userâ€™s eyes so it can pause the video the moment the user looks away. Along with that there is a gesture player for media as well, so just hover the hand over the device to control calls, media and so on. But the application needs to be run manually and that is one bad part about it. 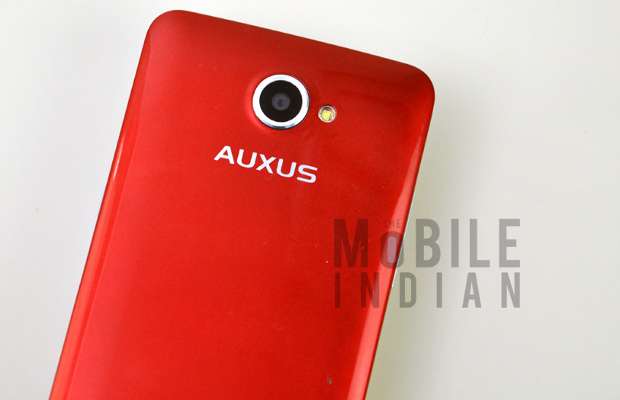 Battery backup is a major plus for the iBerry Auxus Nuclea N1. The device easily lasts for 1-1.5 days between charges with normal use. Heavy users can drain the battery while playing high definition games faster but even doing that the device manages somewhere close to 4-5 hours. Overall the battery backup of this big screen device is good, and even with a 2800 mAh battery the device manages to weigh under 121 grams. 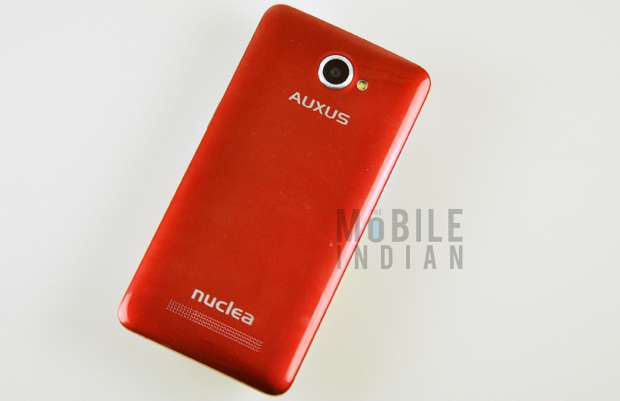 The Auxus Nuclea N1 is a performance oriented Android smartphone that impresses with its features, performance and brilliant display. Competing with the Micromax Canvas 4 and the Spice Pinnacle FHD, it suffers merely because of a smaller chunk of internal storage but in all other aspects it is better, be it in terms of performance, battery, camera quality and even build quality. The addition of Gorilla Glass 3 and a backlit image sensor gives the device some additional brownie points making it a high recommendation considering the internal memory can be expanded up to 32 or 64 GB with the use of micro SD cards. 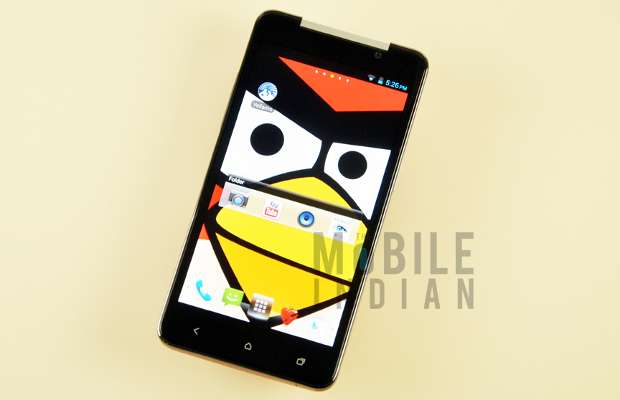 So if you are willing to spend Rs 15,990 then the Auxus Nuclea N1 is certainly one of the top contenders on the list.