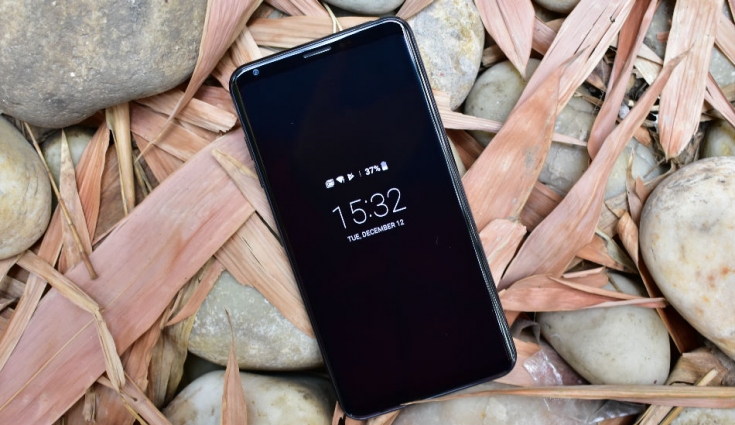 Contrary to the earlier practice, LG has this time launched their latest smartphone, LG V30+, in India quite soon. The gap between the international and Indian availability is just around two months.The device comes with a price tag of Rs 44,990 is available on Amazon.

LG V30+ is the first device from LG camp that comes equipped with an OLED display panel and it is the second flagship device from the brand to bear the new 18:9 bezel-less display. We have been using the smartphone as our primary device for quite some time now and here is our review inthe SWOT ( Strenght, Weakness, Opportunity and Threat_ format.

Let’s first have a sneak preview of the specification of LG V30+. 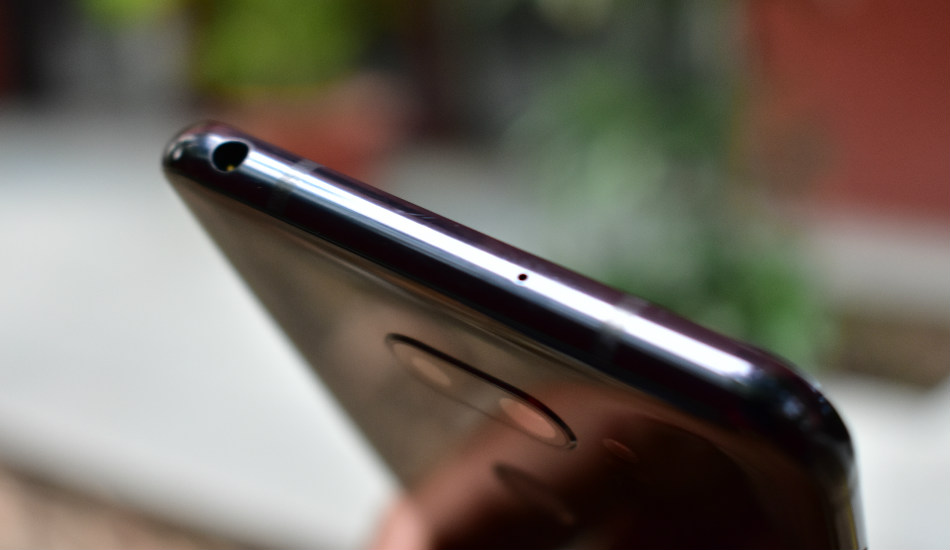 The LG V30+ is an exceptionally slim device with curved glass in front and back. It is quite light as well. The metal rim adds to oomph factor. Regarding design, it is among the best premium devices. It even feels better than Samsung Galaxy S8.

In terms of placements, the front is dominated by a bezel-less display with top and bottom bezels kept at the minimum. One the right there is a SIM slot, while the left bears volume controls. The top houses 3.5mm audio jack, while at the base, you will find USB Type-C port and single speaker grille. At the back, there is a dual-camera setup situated at the top-centre position and just beneath it is the fingerprint sensor. The fingerprint scanner at the back doubles up as a power button as well. It is one standard that LG has been able to implement it all its flagship smartphones continuously. Initially, we did take some time to get used to it, but after that, it was a smooth sailing.

The V30+ sports a 6.0-inch QuadHD+ OLED FullVision Display with a screen resolution of 2880 x 1440 pixels and an aspect ratio of 18:9. The display is quite bright and delivers some vivid colour output. Also, unlike other V-series smartphones, LG decided to skip the Secondary display and instead has opted for a floating bar can be customised with up to five apps for easy access to the most used applications. Then there is Always-On Display, which lets you see the time and some notifications, without having any significant impact on battery.

The camera UI is pretty clean and comfortable to use. You get a bunch of interesting features and one of them is the cine videos. In this mode, users get to apply different filters like romantic, comedy and mystery among others. Then there is Point Zoom option, which zooms in and out smoothly without any jerk. Then there is manual video mode through which you can control different setting for shooting a video.

The device is water resistant and dustproof with IP68 certification so it can quickly take in that sudden rain but surely not a dive in a swimming pool as IP68 translates into a water-resistant in 1-meter deep water for 30 minutes. 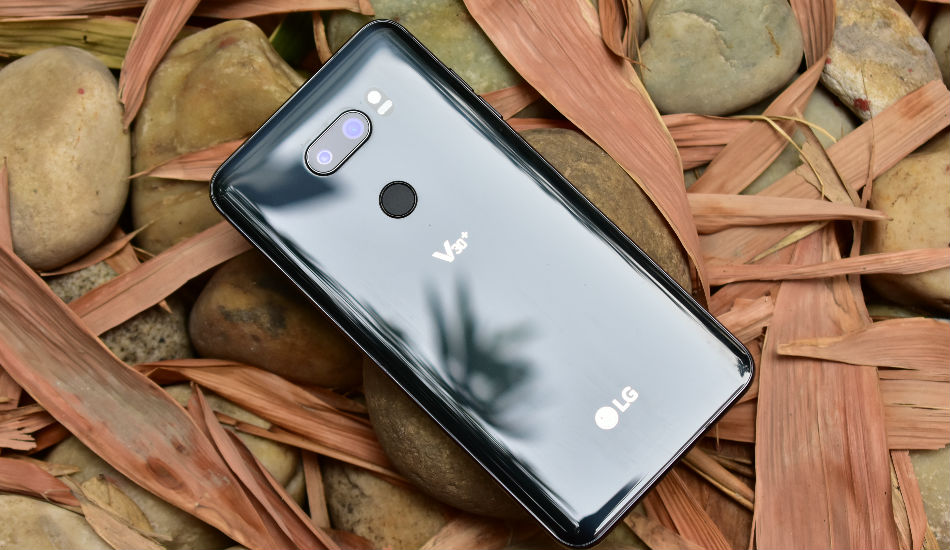 In the initial phase of review we did encounter heating and freezing of the device, but after a couple of days of usage, we didn’t confront any such issues. The performance of the LG V30+ is consistent and we didn’t face any problem while playing games or doing multitasking.

The user interface comes features like a built-in smart doctor that optimise the overall performance of the device. Then you the option shrink the size of the display with Mini View and KnockON screen unlock feature. One can also choose between having an app drawer interface if you not a fan of IOS like interface. There are templates for the always-on display using which customisation can be done. One can even change the order of the navigation buttons and also add an additional shortcut as per liking.

As far as Video recording is concerned, it goes up to 30fps at 4K, and you can switch between cameras in the middle of a shoot.

The LG V30+ is backed by a 3,300mAh battery along with Quick Charge 3.0, which can charge the device from zero to 50 percent in around 30 minutes. But, on heavy usage, one can’t get more than 8 hours of back up.

Photo quality was a disappointment. The quality of pictures could have been better. Shots taken in good lighting condition were good, but colours seemed to be over saturated. In low light shots, the noise was visible and sharpness dropped considerably.

On the software front, the device still runs on Android 7.1.1 Nougat based with company’s custom UI running on top of it. If the company can release Android 8.0 as promised by Jan 2018, it will be a welcome move. The company could have provided a protective case along with the device to add an extra layer of security to the device.

Lg V30+ suffers from colour shifting issues which one will notice while tilting the device. Whites take on a light to dark blue tint depending on the angle you hold the phone. Apart from the display issues, it is a fingerprint magnet and it is very slippery.

In this device, LG has gone ahead with one standard and one wide-angle lens for the dual camera setup which seems to be a bit off as it doesn’t support portrait mode. In daily usage, there are very few instances when one requires clickinglarge group shots where wide angle lens comes handy, but in regular usage, the portrait mode is the most sought after feature which is absent in V30 +.

Finally, It seems LG has woken to the fact that mobile business in India cannot be ignored any further. LG V30 + is the best device that the company has been able to come out till date. It is elegant and is a work horse. Pricing is bang on target and will not disappoint. Having said that, LG needs to work in improving the camera department which was below expectation in V 30 +. Also, issues with display have to be addressed if LG wants to make a mark in the over crowed smartphone market.