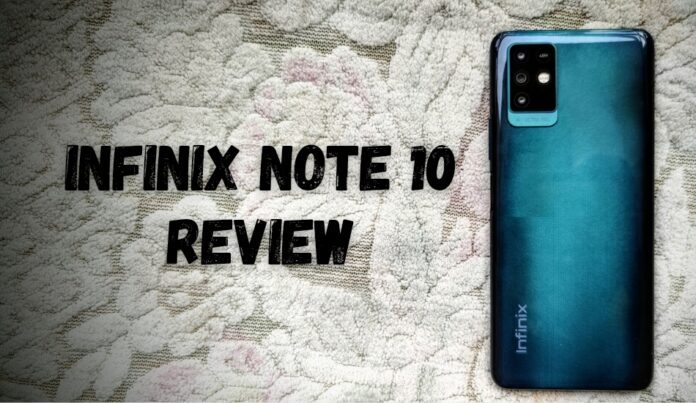 Infinix has launched the Note 10 in India as its newest offering in the budget segment. The phone comes with a FHD+ LCD panel and is powered by the MediaTek Helio G85 SoC. Can it take on the existing budget champions in the market?

Infinix has been launching smartphones regularly in India off late, and the latest one to join the list is the Infinix Note 10. The smartphone shares the same processor as the recently launched Infinix Hot 10S, while the other specs completely differ.

The Infinix Note 10 is yet again entirely made of plastic as the Infinix Hot 10S, but there’s a dual-tone design on the back with a dark green colour that looks eye-catching. As the back curves and melts over the edges, it is easier to hold this big phone. 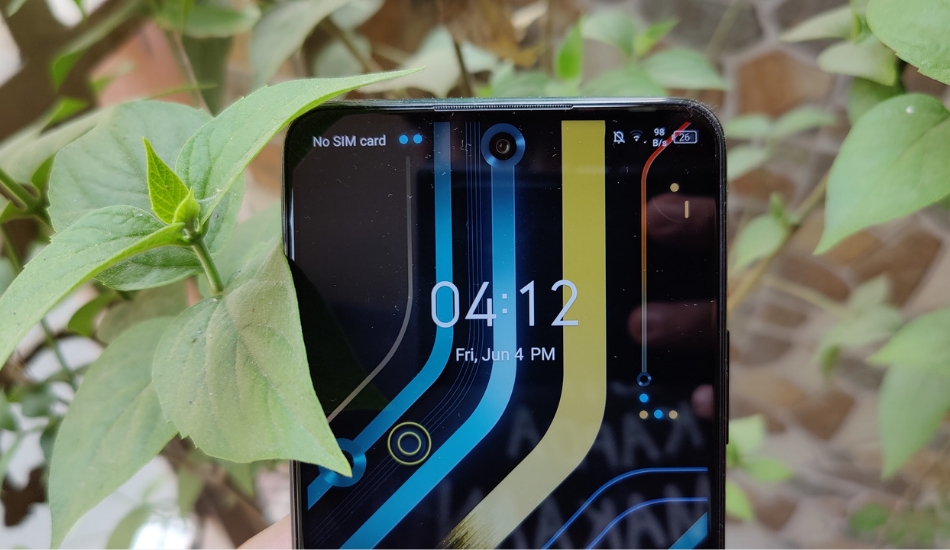 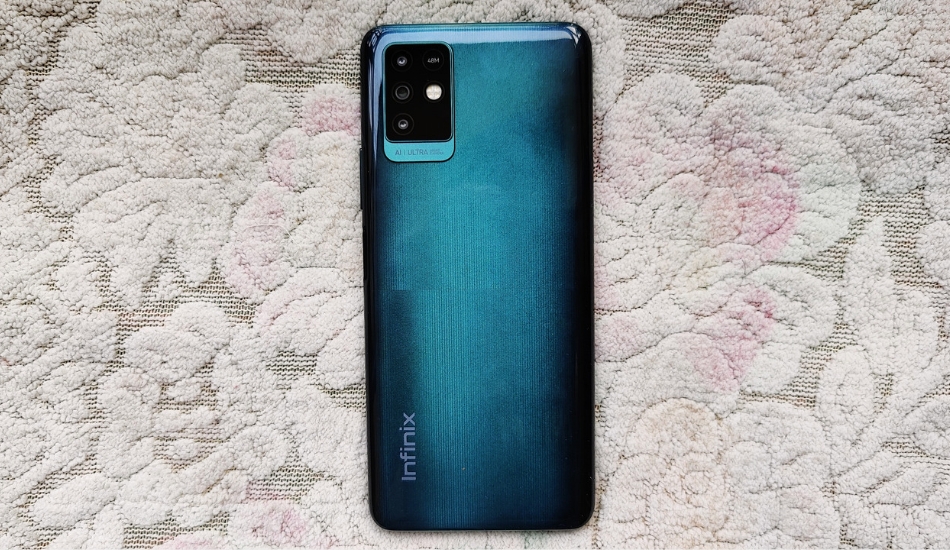 You get all the essentials on the bottom, such as a Type-C port charging, a mic and a 3.5mm headphone jack. Surprisingly, there’s a stereo speaker setup on the Infinix Note 10, which gets loud enough and sounds impressive with vocals. There’s a fingerprint sensor on the right integrated into the power button along with a volume rocker. Dividing the review into two segments, let me get you through the pros and cons of the device. 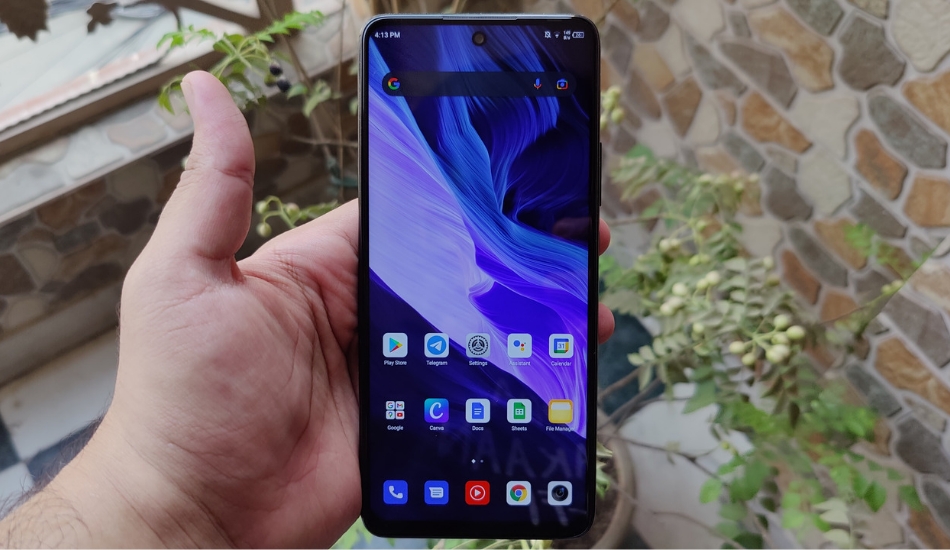 The Infinix Note 10 has a 6.95” FHD+ (1080 x 2460 pixels) panel with a 60 Hz refresh rate. This is surprising as the international variant is getting the display with a 90Hz refresh rate. But as it’s a full-HD 1080p screen, you might not miss it much as the display is sharp in producing colours and renders satisfactory images. However, the brightness is on the lower side, and I did face some issues under direct sunlight. It is appreciable that Infinix went with an FHD+ display instead of a 720p screen found on Infinix Hot 10S. 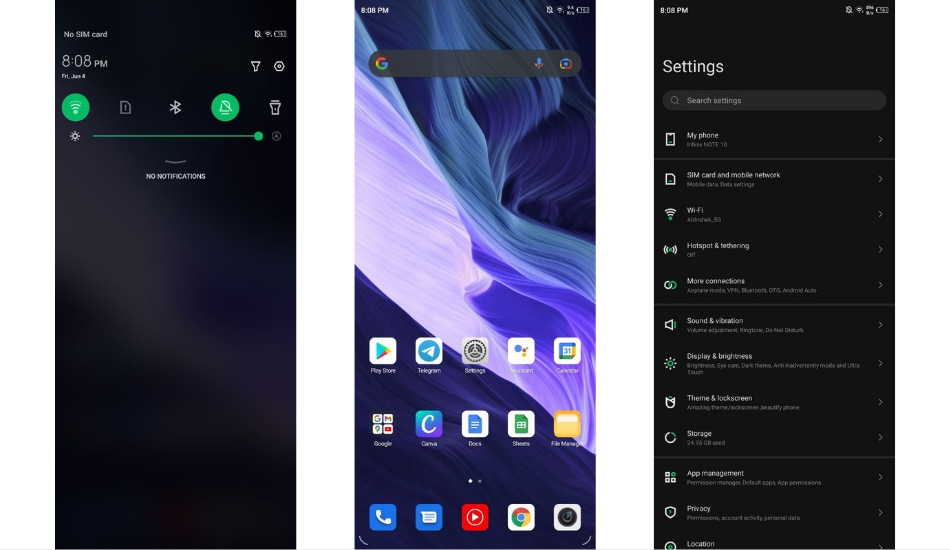 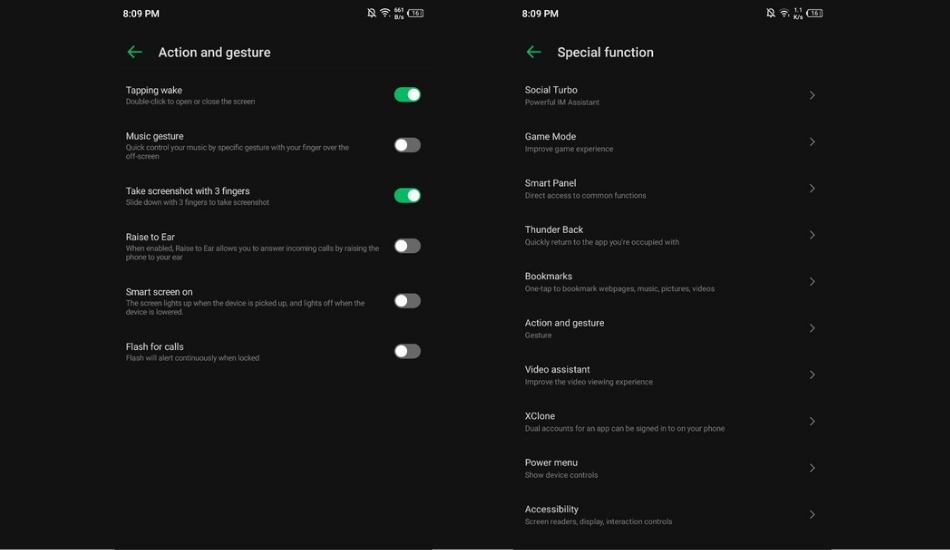 Browsing through the phone in daily usage wasn’t pain either, and the phone handled everything decently. Along with this, Call Quality and connectivity over Wi-Fi and Mobile Data worked fine without any issues. But the software is not something I liked much, and I will talk about it later in the review. Even though it’s not the best thing you would find in this Infinix Note 10, the software is loaded with many features, including WhatsApp call recording, a dedicated gaming mode, a Smart panel, gestures, and much more.

Stereo speakers on the Infinix Note 10 add to the experience if you want to consume media on the phone. Dual speakers along with a 6.95-inch screen is a combination that is a treat for the users who are looking for a smartphone specifically for media consumption.

Gaming performance on the Infinix Note 10 is acceptable, considering it is equipped with a budget processor and GPU. I could play Call Of Duty Mobile at medium graphics with a high refresh rate, and the experience was smooth with fps being stable and no major frame drops. 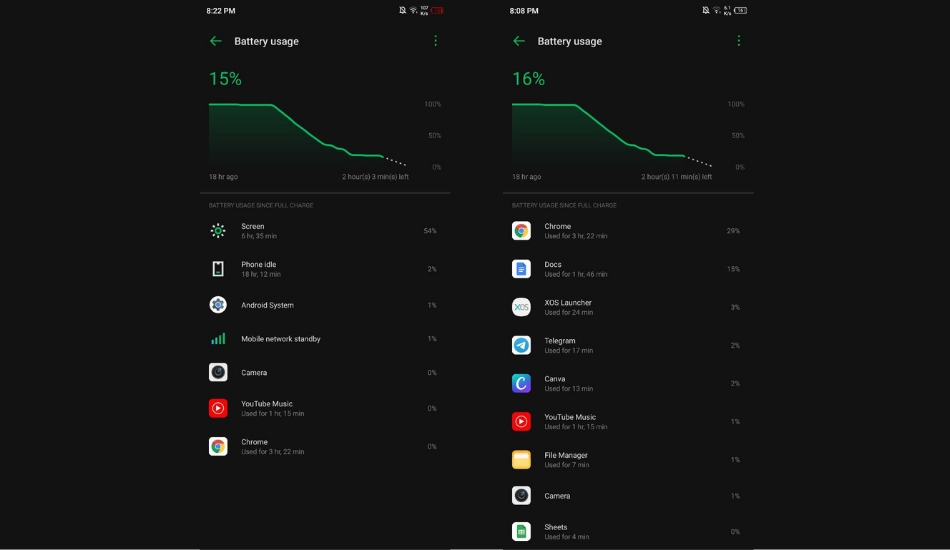 Battery life is where the phone excels the most, as it lasted me an entire day on light usage. You may even be able to get two days max if you are not streaming or gaming on it. My usage included lots of browsing on Chrome and listening to music, typing on docs and using other photo editing apps. The screen-on time I got touched 6.5 hours at the end of the day with still a bit of battery left that could stretch the screen-on time further to 7 hours or even more. 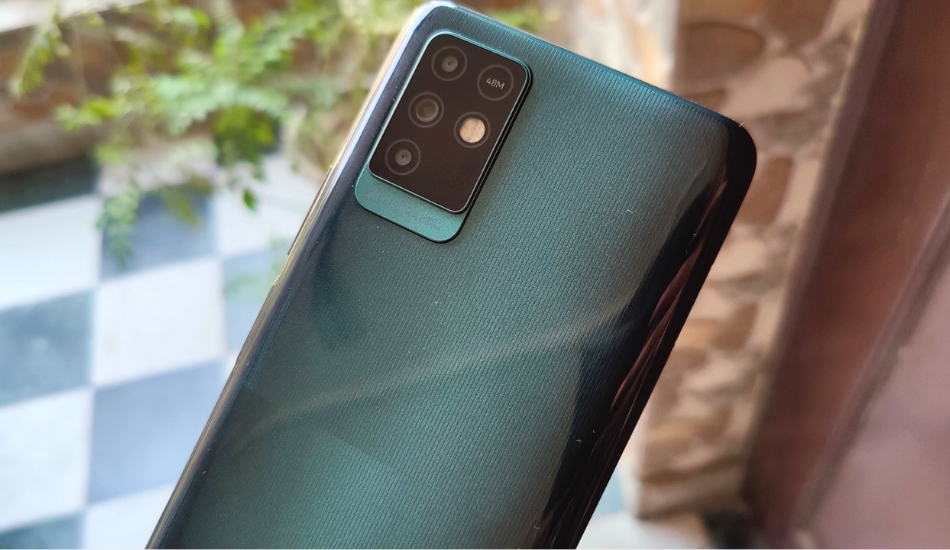 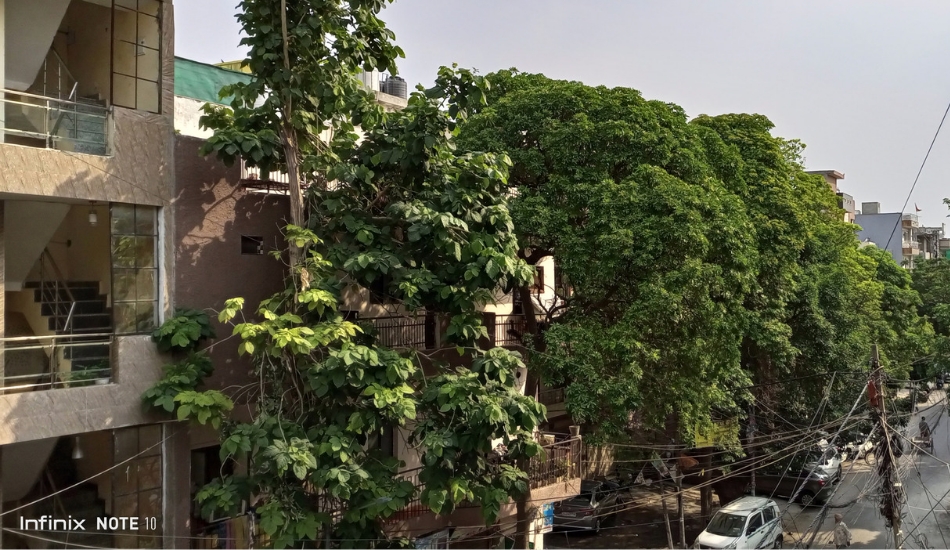 For the price, the cameras on the Infinix Note 10 perform fine except for the Macro sensor, which I will talk about in a while. The primary 48-megapixel sensor can shoot some impressive looking pictures with high sharpness and good colours. When zoomed in, the detailing in the picture is retained. 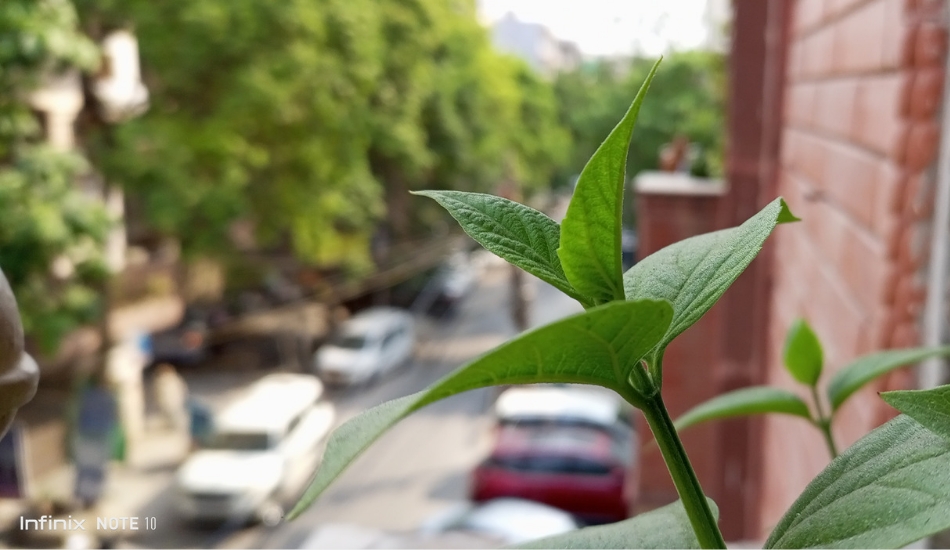 There’s no wide-angle sensor, but the 2-megapixel depth and 2-megapixel macro ones are present. The depth sensor can create some fine bokeh effect with accurate edge detection. However, at times, the colours looked over-saturated, thereby losing the natural tone of the scene. The detailing is still present in portraits, and they didn’t disappoint. 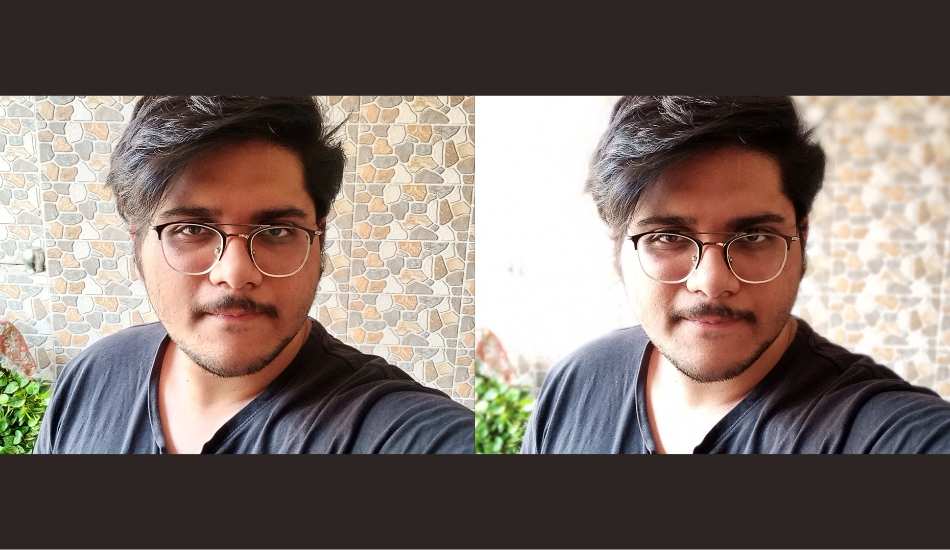 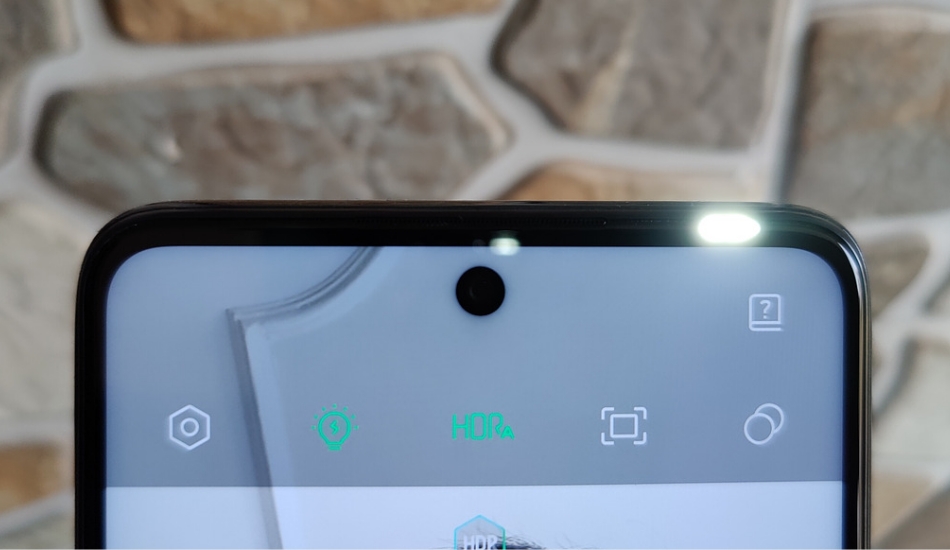 The selfies were also pleasant looking when it came to sharpness and details, but the colours aren’t playing well with the shot. The background sometimes got overexposed, while the colours looked a bit overdone. But something rare to find these days is an actual front flash on the top. It also lights up while you charge the phone. 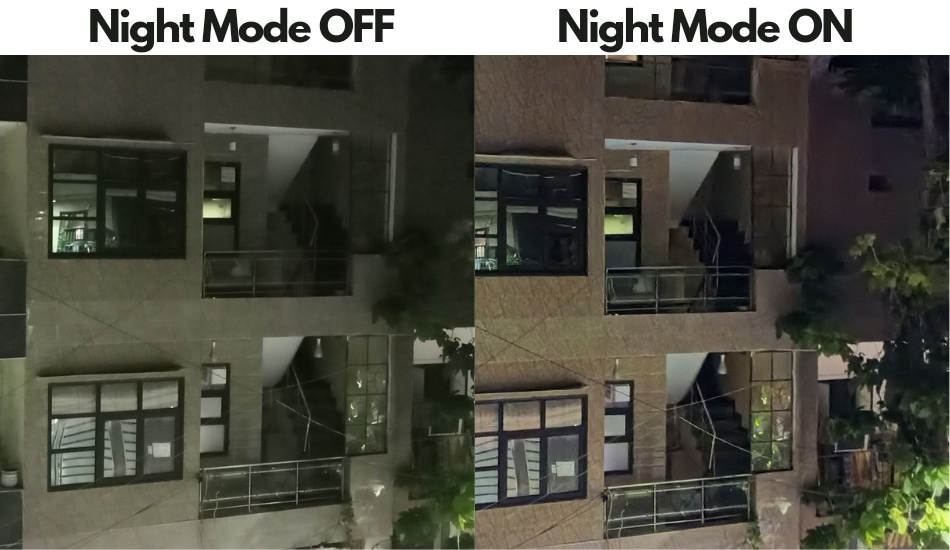 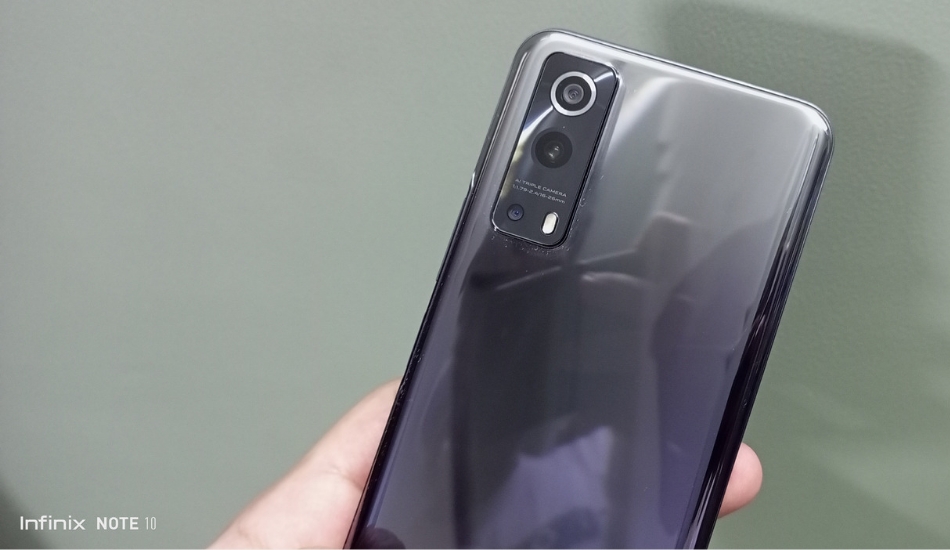 Night shots and shots taken under low-lighting and artificial light came out to be decent. The colours rarely got inconsistent when taking shots repeatedly, but surprisingly, the pictures didn’t lack detailing. Under night circumstances, the night mode did bring back the colours compared to photos taken with normal mode. You can’t expect much detailing, but the overall shot looked fine.

Talking about the software first, the XOS 7.6 has not been the most user-friendly skin I have tested on Android. The UI elements look odd on such a big screen, and there are some minor bugs and a load of bloatware. The phone comes preloaded with apps like ShareChat, which for the most part, are removable.

Secondly, Infinix still hasn’t provided the latest security patch, which is essential nowadays, considering other companies are paying a lot of attention to security and are providing bi-monthly security patches. On Infinix Note 10, we still have the March 2021 patch, and that is just disappointing.

As the phone is entirely made of plastic with no matte finish as such, it does not feel the most premium in hand. The plastic makes it feel cheap, but on the brighter side, it makes the phone feel light even with such a big battery, and there are fewer chances of your phone getting shattered.

Even though the battery life is impressive, the charging time really isn’t. With 18W fast charging, the phone took almost 2h 20m to charge from 10% to 100%. So it might be a good idea not to let the battery go below 50%. 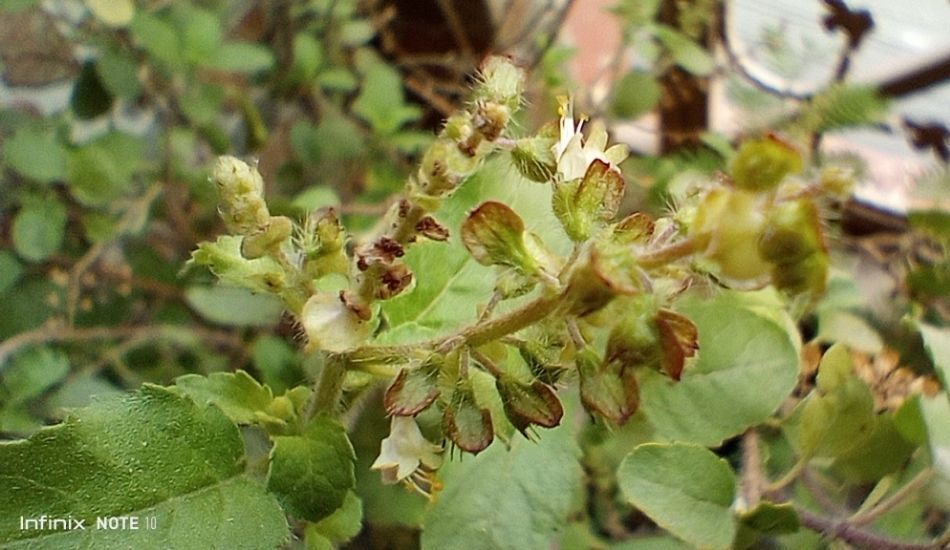 The Macro shots from the Infinix Note 10 were average at best, if not mediocre. There was very little to no detail, and the shots were noisy as well. The blur looked odd, while edge detection also took a hit.

The Infinix Note 10 is a decent choice for the price, but tradeoffs like charging time and bloatware are something one will have to deal with.