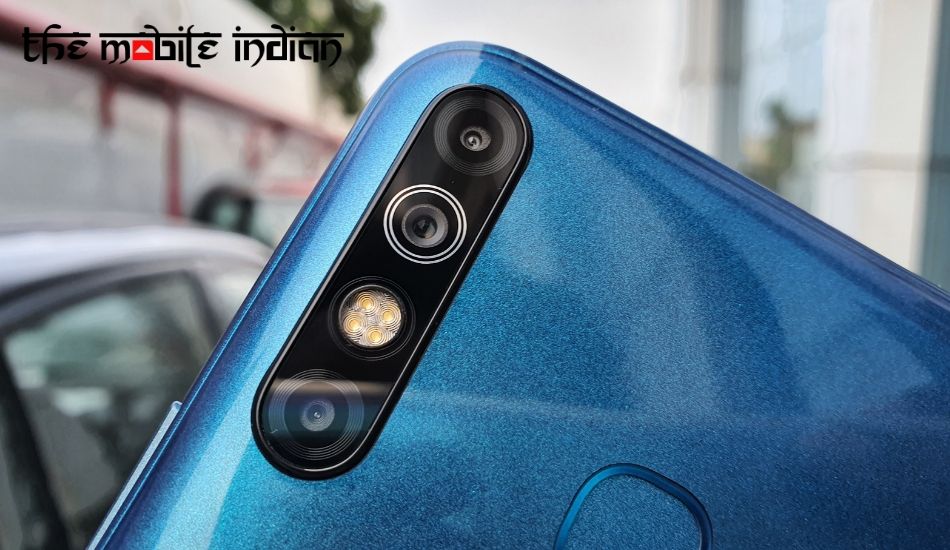 We spent some time with the Infinix Hot 8 and here are our first impressions.

Infinix has today announced the launch of its latest budget-centric smartphone, the Infinix Hot 8, in India. The smartphone comes with a price tag of Rs 6,999 and it will be available for purchase from Flipkart.

With this, Infinix is leaving no stone unturned to make it a worthy option for the customers. The smartphone features a big display along with a premium design and some competitive hardware. So, does it make any sense to go with this device? We spent some time with the Infinix Hot 8 and here are our first impressions. 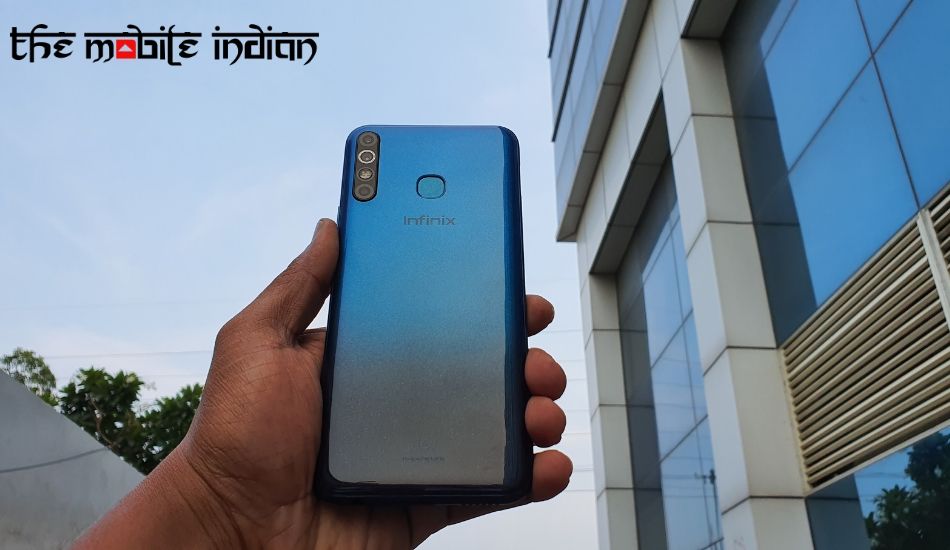 Starting with the design first, the Infinix Hot 8 comes with a gradient finish at the back panel, which sure looks attractive in nature. The phone is available in Quetzal Cyan, Cosmic Purple colour options. The smartphone is surely one of the best-designed smartphones from Infinix at this price range. It is comfortable to hold in hand, though some might find a bit difficult to reach the corners of the display with one hand usage.

The front sports a large 6.52-inch display and it also features a waterdrop notch design, which is now a common phenomenon in this price range. Interestingly, the company has added a front flash at the edge of the top of the screen, which is a welcome change. The left side of the device features a dual SIM slot. The base panel features micro USB port along with a speaker grille and a 3.5mm audio jack, while the top is left blank. The back panel is loaded with a triple-camera setup along with a quad-LED flash and there is a fingerprint sensor at the top-centre position. That said, the Infinix Hot 8 is a well-designed smartphone for this price range. 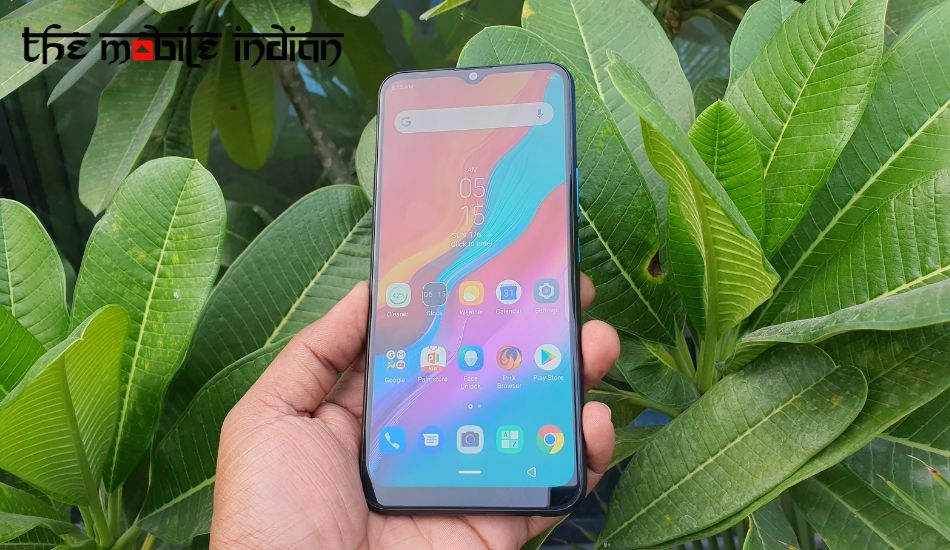 Coming to the display, the phone is loaded with a 6.52-inch HD+ Drop Notch display with a screen resolution of 1600 x 720 pixels, 20:9 aspect ratio and 2.5D curved glass. The display comes with a 90.3 per cent screen-to-body ratio and bears 269ppi pixel density. In our initial testing, we found out that the display delivers some good viewing angles, though the colours looked a bit off. We will talk more about this in our upcoming review.

Talking about its performance, the Infinix Hot 8 is powered by an octa-core MediaTek Helio P22 chipset along with 4GB of RAM and 64GB of internal storage. The memory can be further expanded up to 256GB via dedicated microSD card slot. Although it is too early to comment on the hardware performance of the device, judging by its sheer specs sheet, it will face stiff competition with the likes of Xiaomi Redmi 7A, Realme C2, and more. 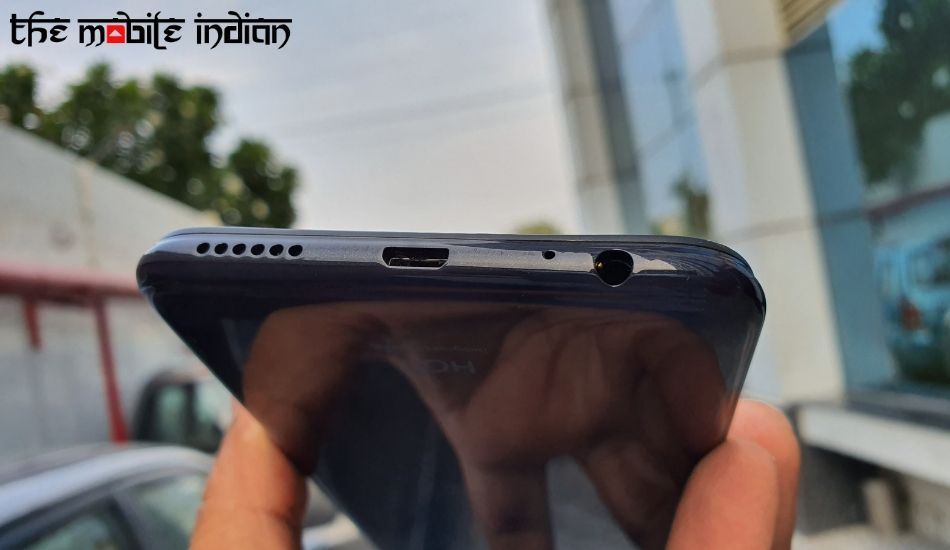 Talking about software, the Infinix Hot 8 runs on Android 9.0 Pie with the company’s custom user interface, XOS 5.0 running on top of it. The user interface comes loaded with a host of features. There is support for the app drawer, which is a good thing. Then there is Smart Panel, which is basically a floating window that shows shortcuts to different settings and apps. Then you have different gesture-based navigation controls and more.

The major highlight of the Infinix Hot 8 is its cameras. The phone is loaded with a triple-camera setup, which comes with a combination of 13-megapixel primary sensor with f/1.8 aperture, 2-megapixel depth sensor and a low light sensor. For the front, there is an 8-megapixel shooter with f/2.0 aperture 81-degree field of view, 4P lens for selfies and video calling along with a front flash. 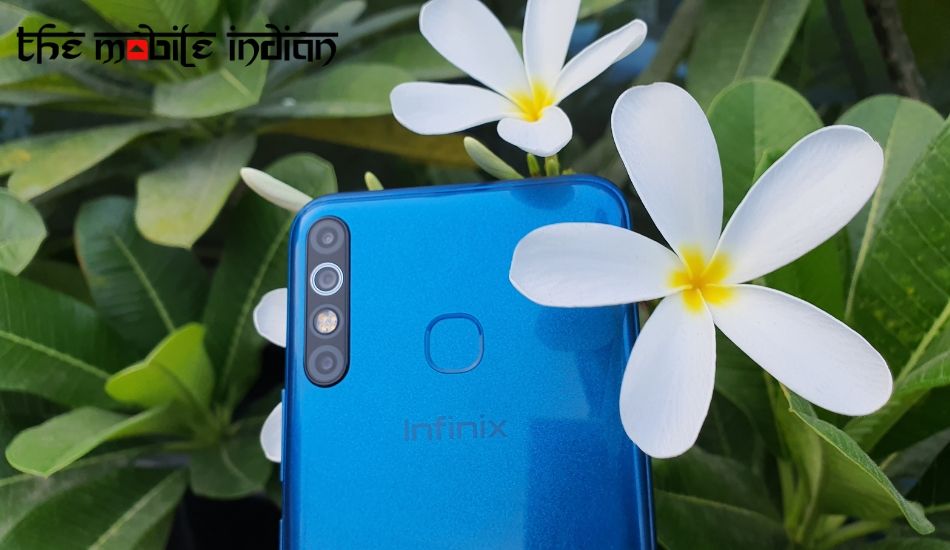 The camera app comes with different modes like AI CAM, Beauty, Bokeh, AR Shot, Panorama and Video. The camera performance does not seem to be great in our initial testing. The photo came out to be a bit dull in nature, though detailing was decent. The selfie performance is slightly better in our opinion. We will talk in-depth about the camera performance of Infinix Hot 8 in our upcoming review.

On the battery front, the Infinix Hot 8 is backed by a 5000mAh battery, which the company claims to deliver 22.5 hours of talk time, 22.5 hours of music playback, 14 hours of video playback, 18.6 hours of web surfing, 11.4 hours of gaming and 25.4 days of standby time. The claims are yet to be tested out, though considering power-efficient processor and low-res display, one could expect a battery backup of almost one and a half-day. In terms of connectivity, it sports 4G VoLTE, Bluetooth 5.0, dual-SIM, 3.5mm jack, FM Radio, OTG, micro USB, GPS and WiFi. The phone measures 165 x 76.3 x 8.7 mm and weighs 179 grams.

The Infinix Hot 8 is a good-looking smartphone that gives a premium feel when you hold in your hand. The display is large, which might excite those who watch and stream lots of video content. The hardware seems to be decent considering the price range and the software comes with some good features. The battery backup looks impressive, though it is yet to be tested out. The cameras seem to be the weak point at the moment, though we need to test it in different lighting conditions. Lastly, as per competition is concerned, it will go against the likes of Xiaomi Redmi 7A, Vivo Y90, Realme C2 and more.