Infinix Hot 10S Review: Can it make an impact in budget segment? 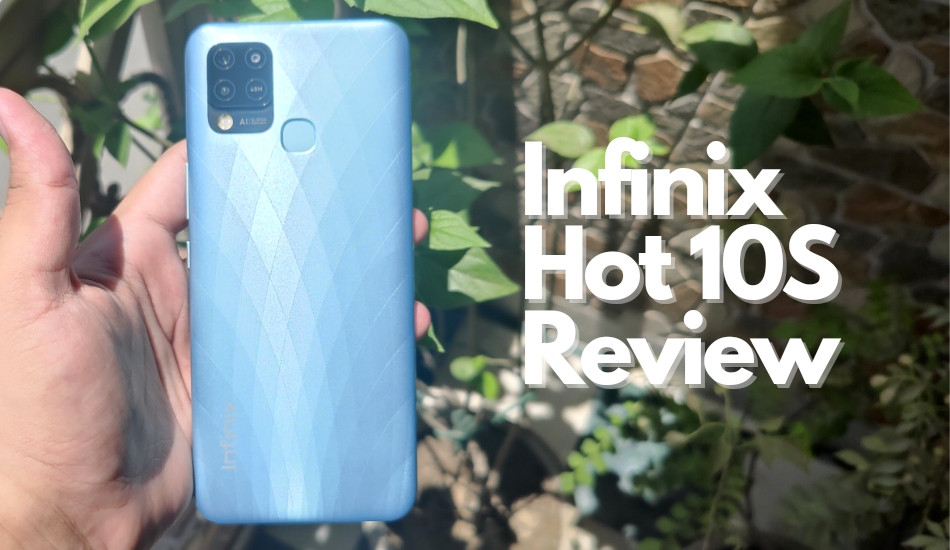 The Infinix Hot 10S is the latest budget offering from the company that competes with the likes of Xiaomi, Realme and Motorola. But does it successfully stand out of the crowd?

Infinix launched the Infinix Hot 10S in India a while back and has positioned it in the budget segment with a price tag of Rs 9,999 for the 4GB/64GB variant and Rs 10,999 for the 6GB/64GB variant. It is the first smartphone by the brand to run on Android 11 with XOS 7.6 skin on top.

Infinix is trying to capture the market where Realme, Xiaomi and even Motorola have a stronghold. The Infinix Hot 10S competes with Xiaomi’s Redmi Note 10, Realme’s Narzo 30A and Motorola’s Moto G30 and G10 Power. Along with the review, let’s also compare the Infinix Hot 10S with its competition in the same price range.

Design & Display: Good for the price

Out of the 4 colours the device is offered in, we got the Morandi Green colour with 4GB of RAM and 64GB of storage. The Infinix Hot 10S is entirely made of plastic which is normal at this price range. The smartphone has a textured back which gives it a nice feel. Although, the phone feels too big when held and is definitely not viable for one-hand operation. 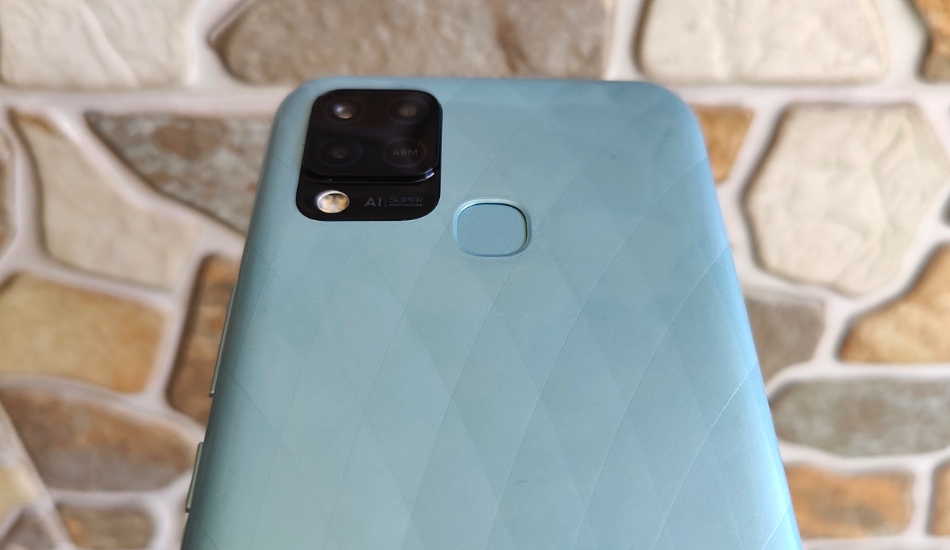 You also get a fingerprint sensor at the rear, which is fairly quick in unlocking the phone. And there’s the Infinix branding at the bottom left and a triple camera array at the top left. 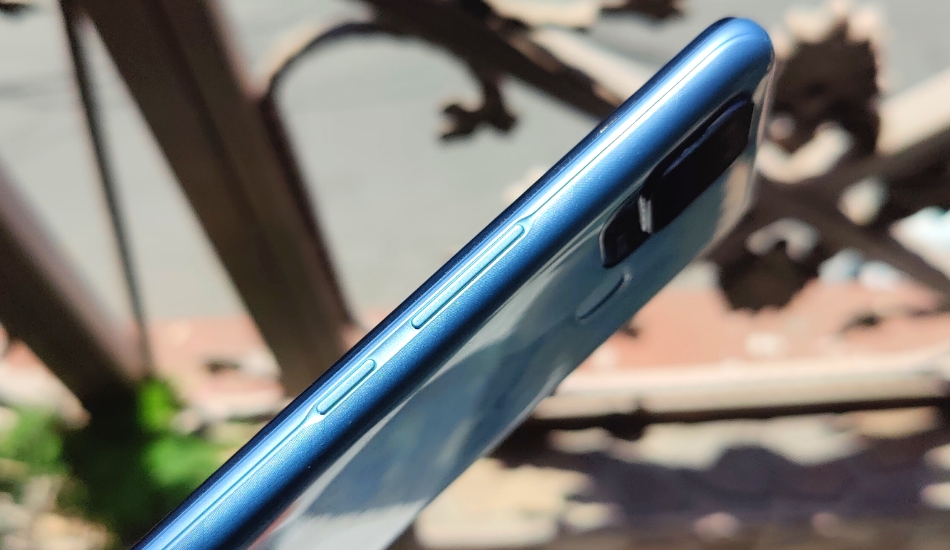 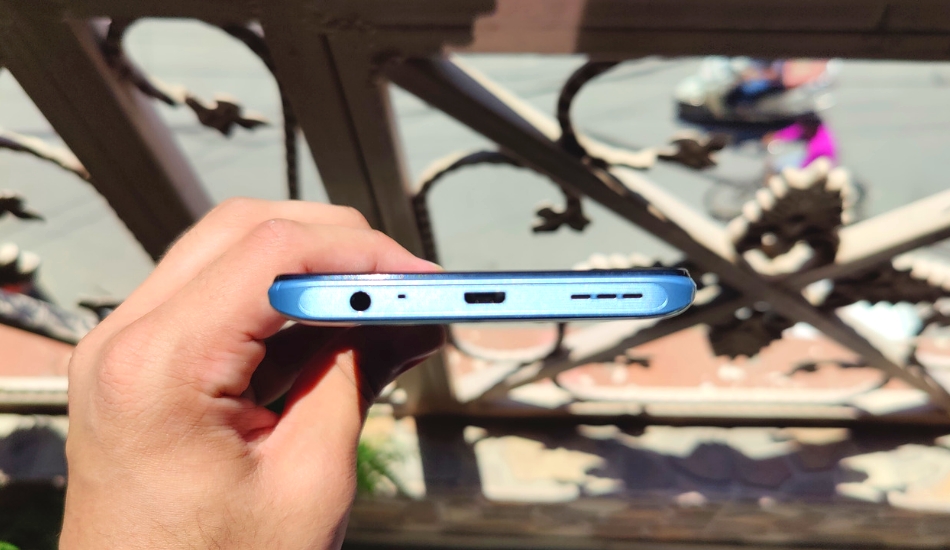 You get the power button and the volume keys on the right with and there’s a speaker, mic, a 3.5mm headphone jack and surprisingly, a micro-USB port. Infinix Hot 10S competitors, including Moto G10 Power, G30, Redmi Note 10, and Realme Narzo 30A, have a USB-C port for charging, which is mostly standard across the smartphone industry. 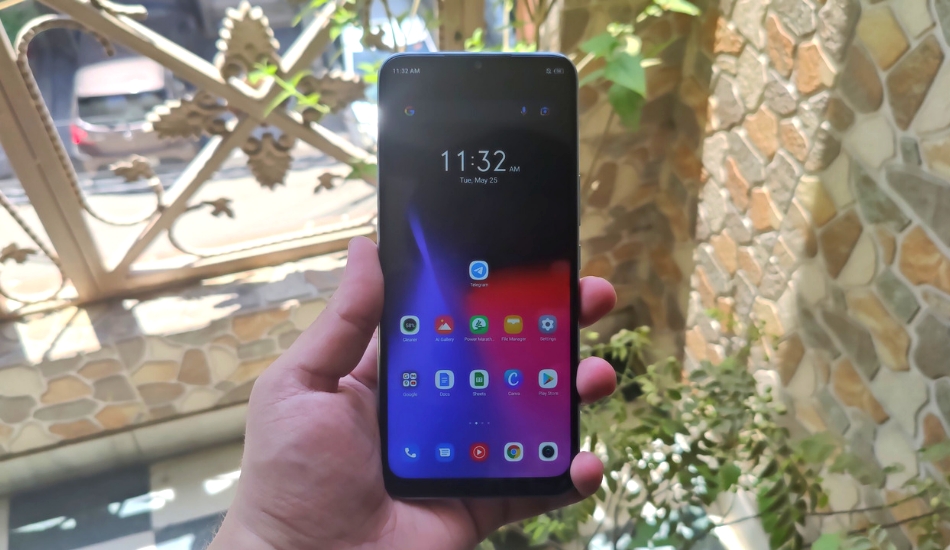 On the front sits a big 6.82-inch display for which Infinix is sacrificing resolution in exchange for a refresh rate. It is a 720p HD+ screen with a 90Hz refresh rate. Despite being so big in size, I couldn’t notice any out of the place pixels or less sharpened elements on the screen.

As it’s an LCD panel, the brightness is on the lower side, where I had to keep it at almost 80% value while indoors for comfortable viewing. Outdoor viewing can be a bit tough at times under direct sunlight. The viewing angles look fine, though the HD+ panel might bother you a bit while watching movies, shows or videos on YouTube. Infinix gives you features like Adaptive brightness and eye care within the software to better suit your needs.

Software: One step ahead, two steps back

The Infinix Hot 10S runs on the company’s own XOS 7.6 custom skin based on Android 11 and draws power from a MediaTek Helio G85 chip. While I appreciate the company adopting the latest Android version available to the OEMs, it seems like the brand still hasn’t worked on polishing its software user interface.

The same quibble I had with Infinix Hot 10 persists here as well, where the UI looks a bit old-fashioned now. The software also has some bugs, such as when I try to change the font of the smartphone using the in-built theme manager, the app crashes. To top it all, the phone had a lot of bloatware, which is uninstallable for the most part. 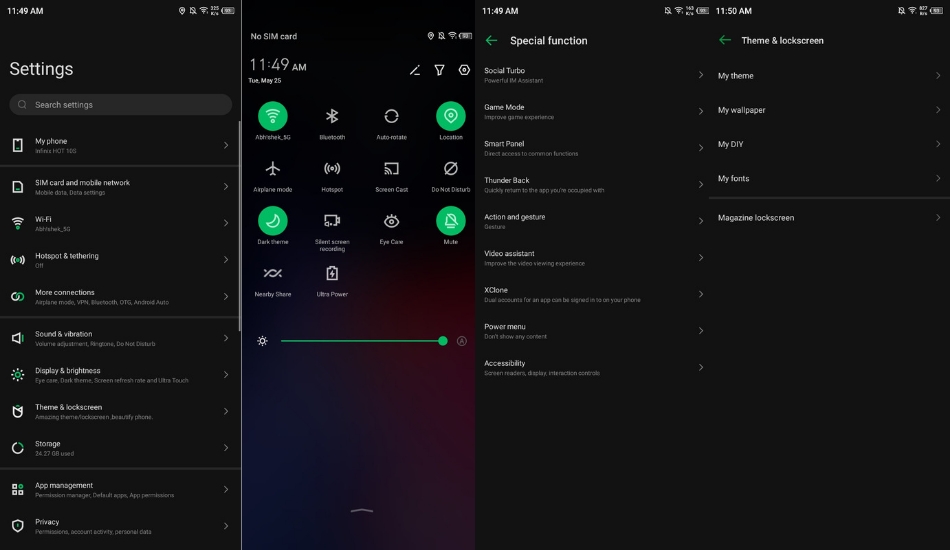 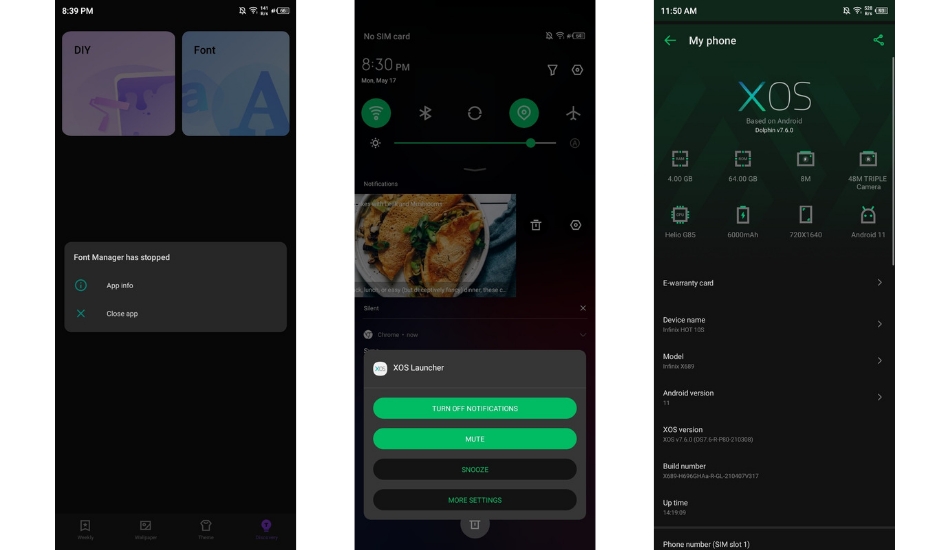 I faced some minor stutters while switching apps and pulling down the notification shade, but the UI was responsive for the most part. For some reason, we still have the March Android security patch considering we are sitting in May-end right now. The launcher on the phone even gave some ads which don’t provide a pleasant experience. On a positive note, the phone is filled with features including Special Turbo, Gaming mode, XClone, Smart Panel and more.

The phone even allows you to record WhatsApp voice calls which a majority of OEMs, as well as WhatsApp itself, doesn’t allow. Connectivity wasn’t an issue with clear call quality, and while using Wi-Fi and Bluetooth, I didn’t face any problems.

Coming to audio, the phone has a single mono speaker at the bottom, which is easy to block with a finger while holding the phone in a landscape position. Thanks to DTS Audio support, it doesn’t get much loud, but the vocals sounded clear and crisp. Even while listening to music through the headphone jack, the experience was decent.

For gaming, Infinix has introduced a new Dar-Link Game Boost Technology, which as per the company, reduces screen tearing, elevates touch panel response, and also enhances colour reproduction. So to test it out, I tested Call Of Duty: Mobile on the Infinix Hot 10S and the max graphics available were of ‘Medium’ quality in the game with high frames per second. The phone was able to handle the game without any issues and frame drops. The device didn’t even heat up but got a bit warm, which is very normal.

Battery Life: One of the best

The Infinix Hot 10S packs a 6000mAh battery cell, and we get a 10W charger in-box which is quite disappointing. The Redmi Note 10 comes with 33W fast charging while the other competitors have a minimum of 18W of fast charging speed. As a result, the phone took almost 2 hours to charge from 17% to 100%. 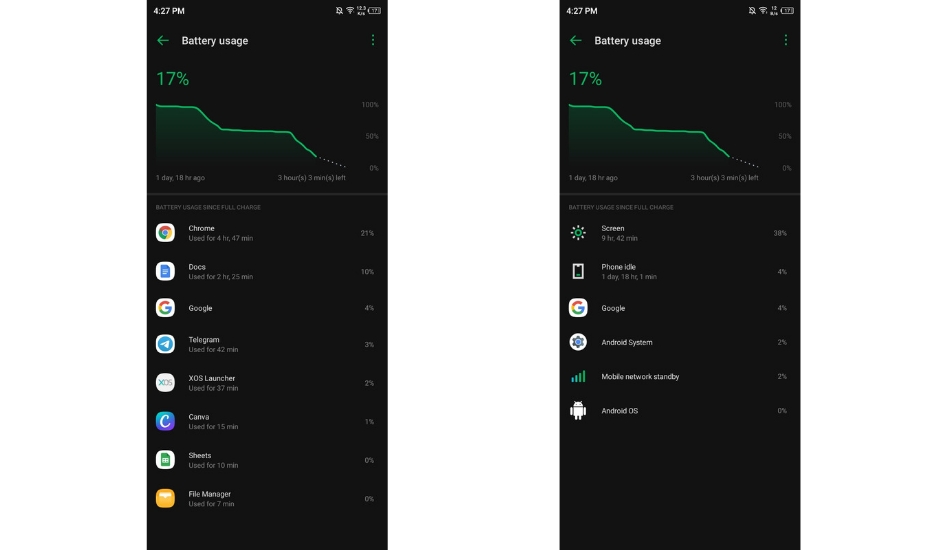 As slow as it was to charge the phone, even the battery depleted at the same impressive rate. Considering the 6000mAh cell has to power a 720p screen and is coupled with a battery efficient SoC, the battery life I got with the Infinix Hot 10S was admirable. The device got me through almost 2 days of light usage with a screen-on time of 9 hours 42 minutes. My usage included browsing, watching videos, typing on Docs, and more.

Even at this stage, there was 17% battery available which could have easily lasted me another hour or more. The standby drain was just 1 – 2% which was decent again. Long story short, you won’t be able to drain the phone in a single day, no matter how heavy a task you perform. 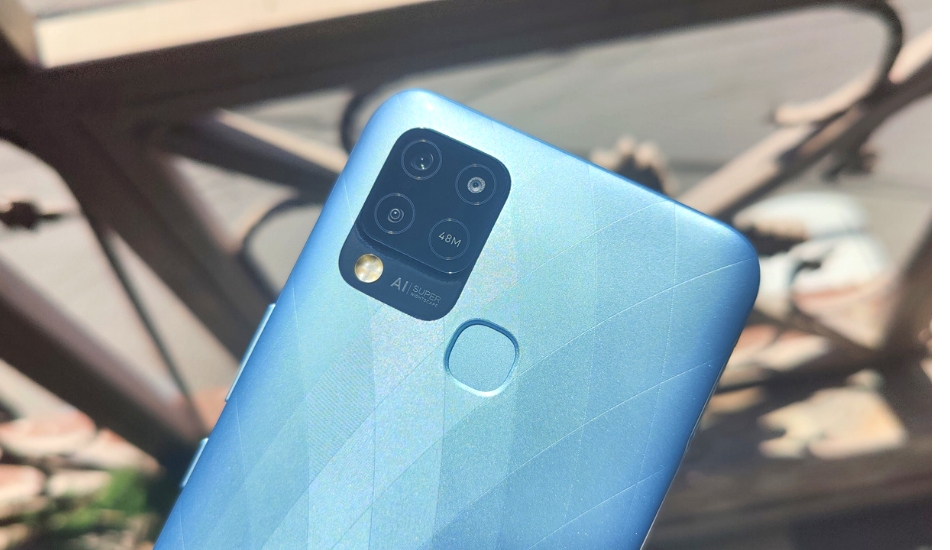 The Infinix Hot 10S gets a triple camera setup, including a 48MP primary lens with f/1.79 aperture, Quad-LED flash, a 2MP depth sensor, and an AI camera. On the front, there is an 8MP selfie camera with an f/2.0 aperture, dual-LED flash.

While I would have appreciated it if Infinix had equipped the phone with a wide-angle sensor which most of its competitors have, the existing setup is decent. The AI Lens doesn’t serve a bigger purpose compared to a wide-angle sensor, but it’s present whether you like it or not.

The camera app on the Infinix Hot 10S has quite a lot of features, including slow-motion, time-lapse, Document mode, Beauty mode, etc. The shutter speed was also blazing fast, and the phone saved the image as soon as I clicked the button but took some time for post-processing. There’s a dedicated 48-megapixel mode as well that separately uses the primary sensor to capture the shot. 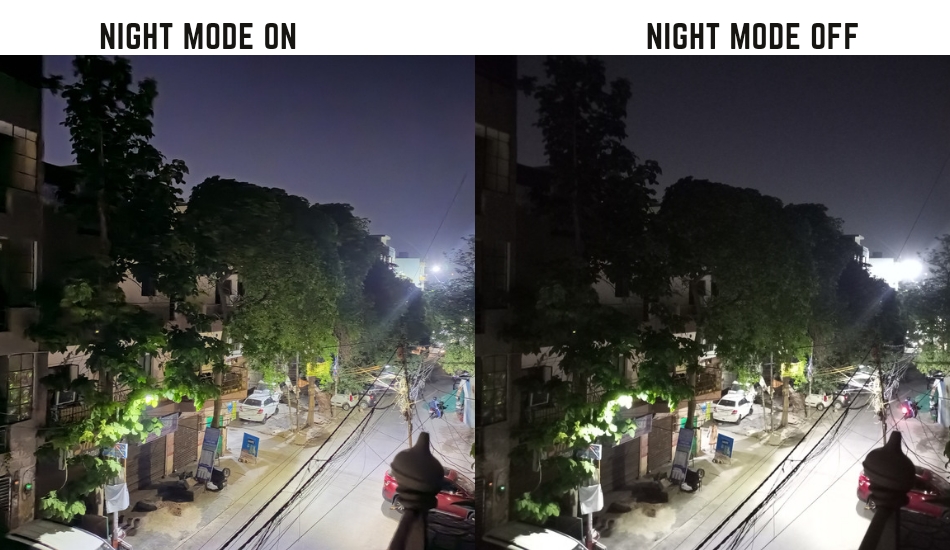 The night mode shots did differ from the ones clicked with the mode off in terms of colours. The colours on the night mode shot were more saturated than the normal shot, but there was no improvement in details. The details in night shots were almost non-existent, and the pictures were soft. 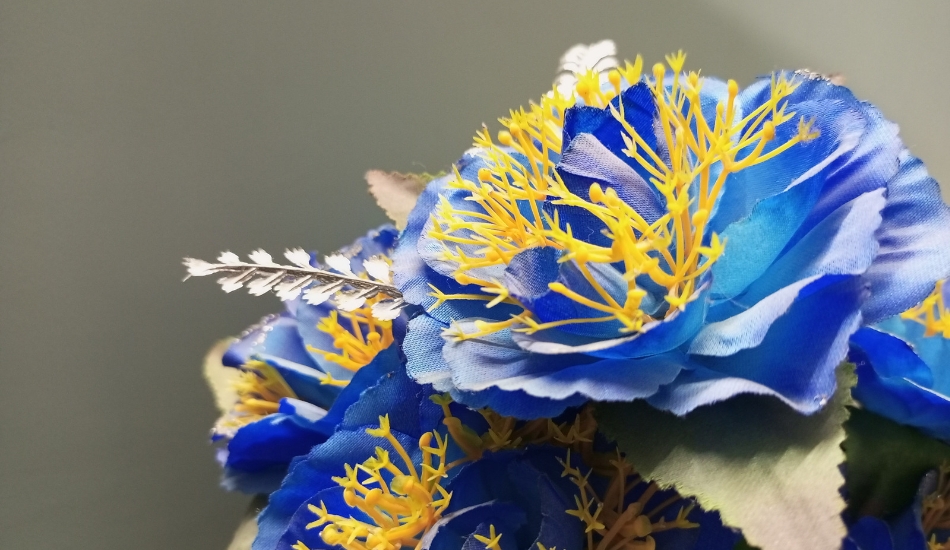 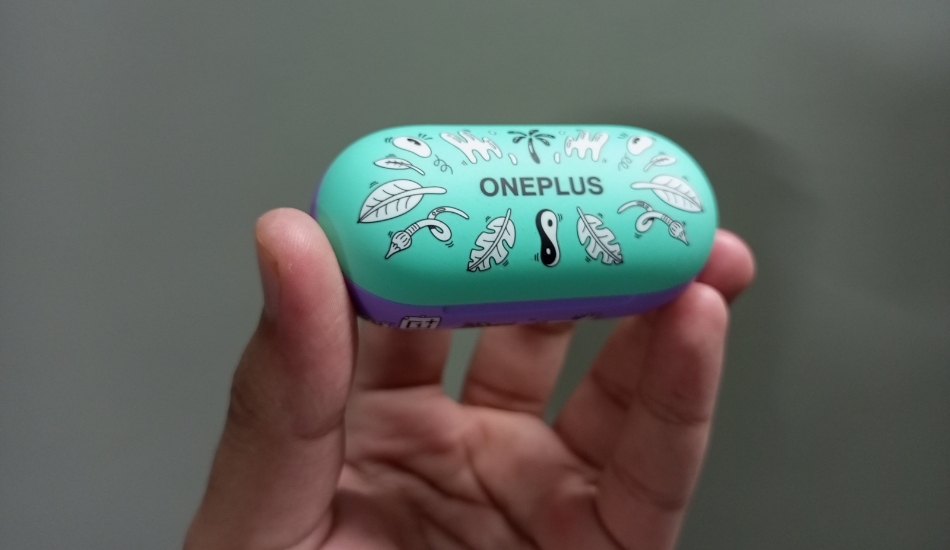 Under artificial lighting, though, things changed up a bit, and I could get some decent shots with an average amount of detail. But the colours were inconsistent for some reason. For example, in the two shots above, the leaf colours are not exactly what they look like in real life, but the colours of the Buds Z charging case are almost identical to the real-life colour. The pictures were a bit soft, but then the final output looked decent. 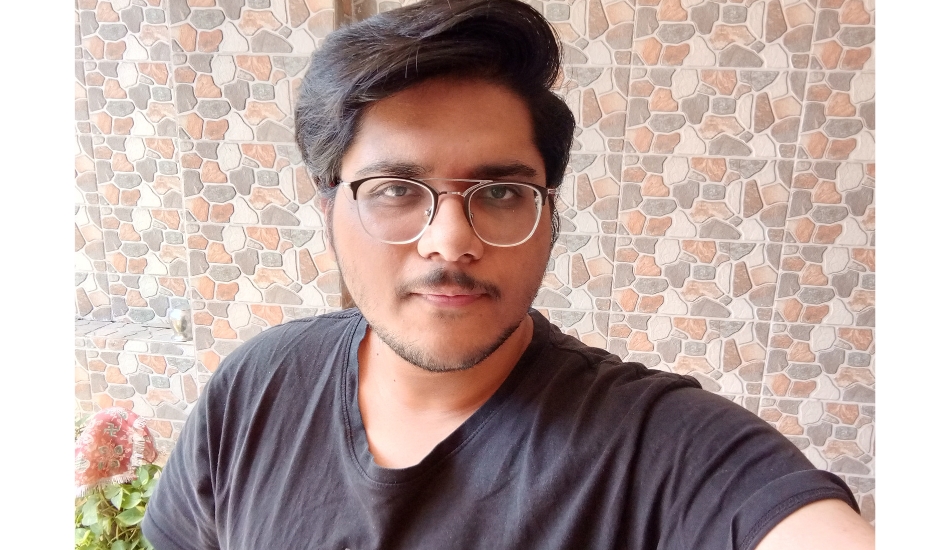 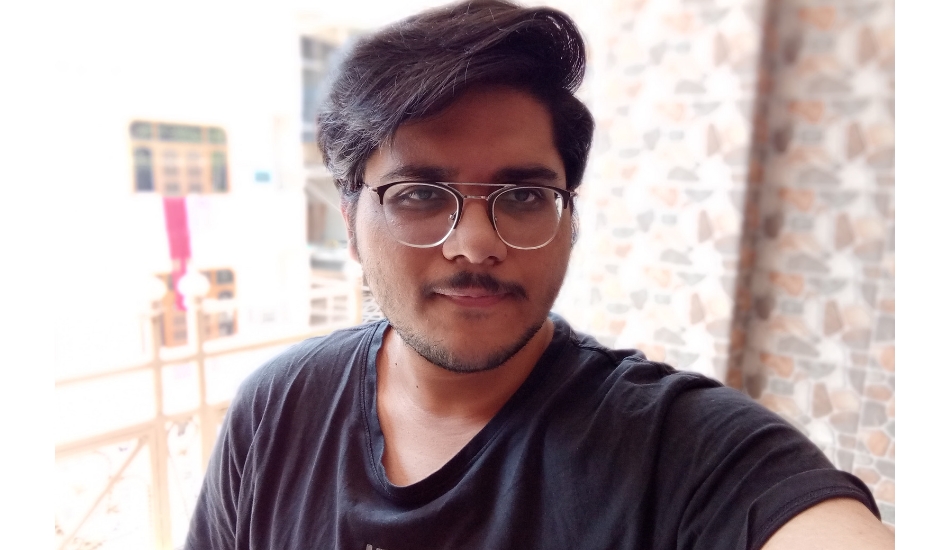 The selfies clicked from the Infinix Hot 10S came out to be a bit soft. When zoomed in, you can notice the edges look softened while the skin tone is kept natural, which is how it should be. With a bright background, the camera tends to struggle a bit, and the exposure isn’t handled in the best way possible. The edge detection while clicking portraits was accurate, and the amount of blur was decent as well. You even get dual flash on the front for selfie lovers, which work well in brightening up the shot in the pitch darkness. 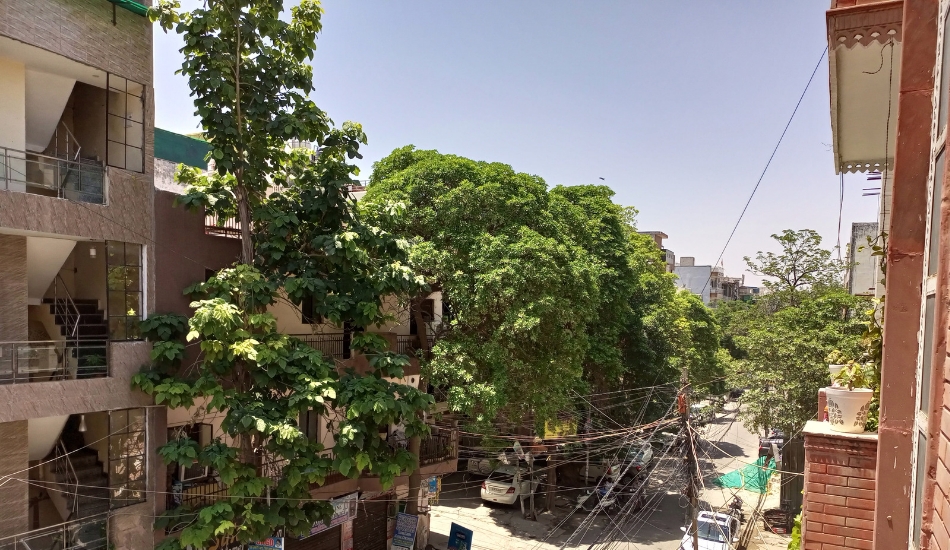 Shots clicked in broad daylight were impressively bright and with decent dynamic range. Even the colours in the shots were accurate to how they actually looked. While zooming in, the details were retained without any issues, and the picture was sharp enough. 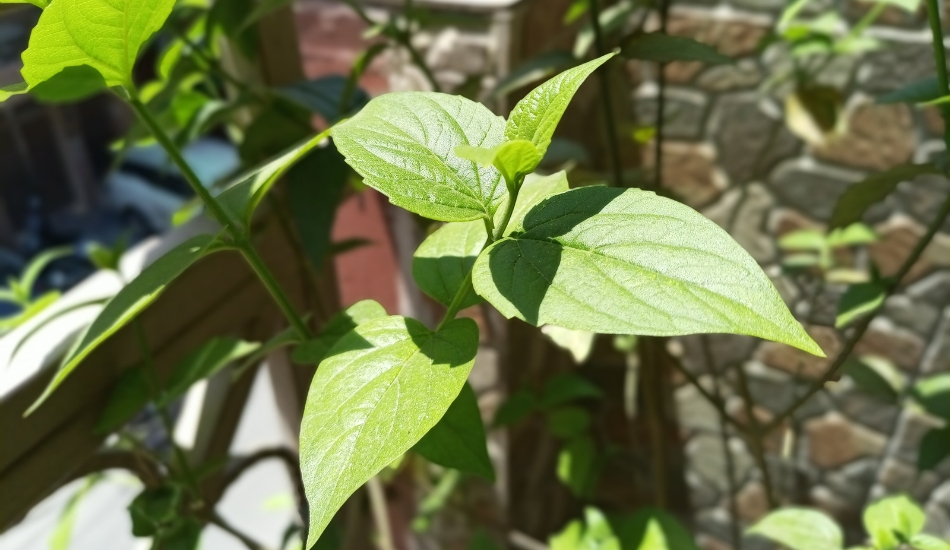 However, when taking portrait shots of close up subjects, the colours were a bit over-saturated, in my opinion. But again, the picture didn’t miss out on any details and sharpness. The edge detection was accurate enough with a good amount of bokeh effect.

The Infinix Hot 10S is an optimal choice for those who are looking for a good camera and overall performance in the budget segment. You may have to bear the software experience based on your liking, but the cameras and the 90Hz display won't disappoint you.