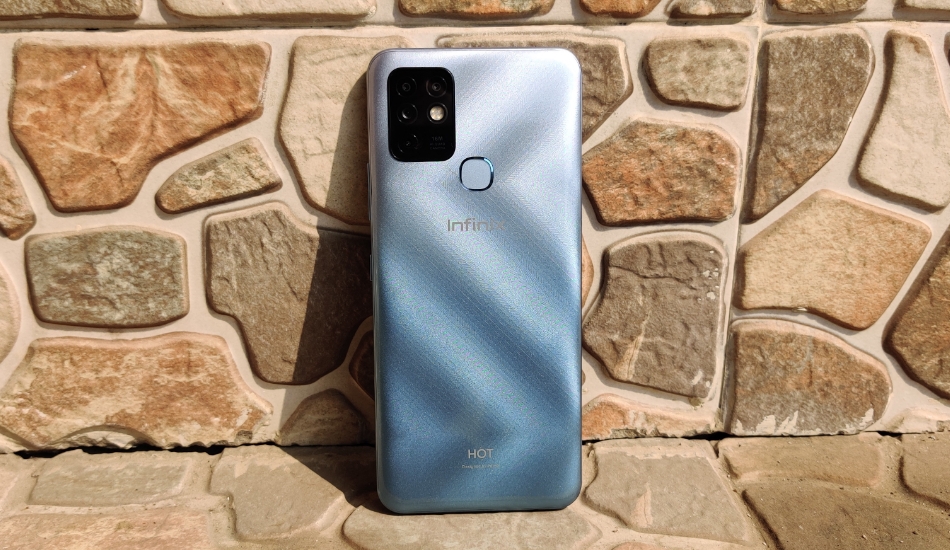 The Infinix Hot 10 which was launched by Infinix a couple of weeks looked impressive with the specifications it offered in a price range below Rs 10,000. But is it worth it?

The Infinix Hot 10, a budget contender that is providing much more than its competitors as per the specifications, has been with us for a few days now. The device straightaway competes with some of the phones from already established brands in India such as Xiaomi, Realme and even Samsung.

With a plastic body and frame, the device definitely feels big with the 6.78-inch HD display on the front along with a punch-hole camera up top. 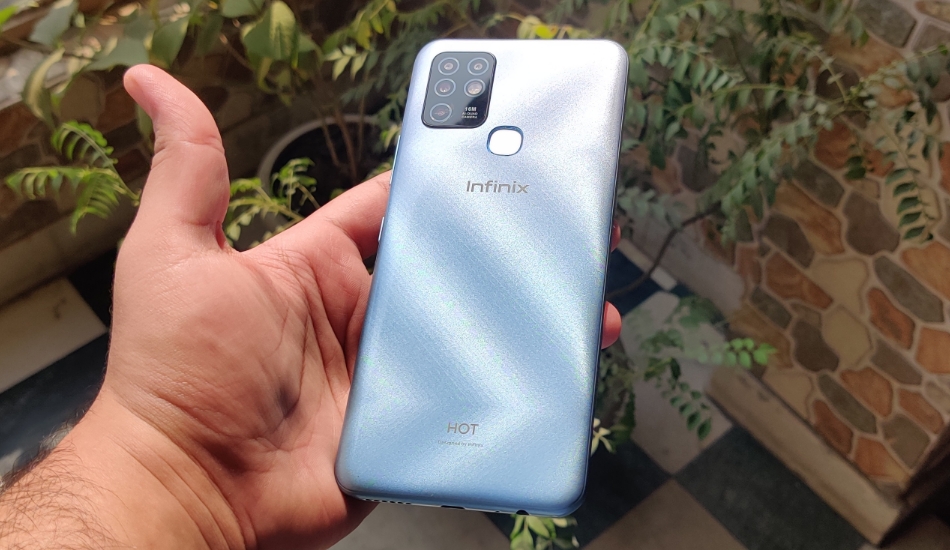 Also,Infinix Hot 10 is definitely not made for single-handed usage. You will have to use both the hands to reach the top of the screen.

Even though it is equipped with a 5200mAh huge battery, the device doesn’t feel heavy in any way. Although, you can say goodbye to the premium feel if you were expecting any because as its plastic, nothing in the device feels premium of any sorts. 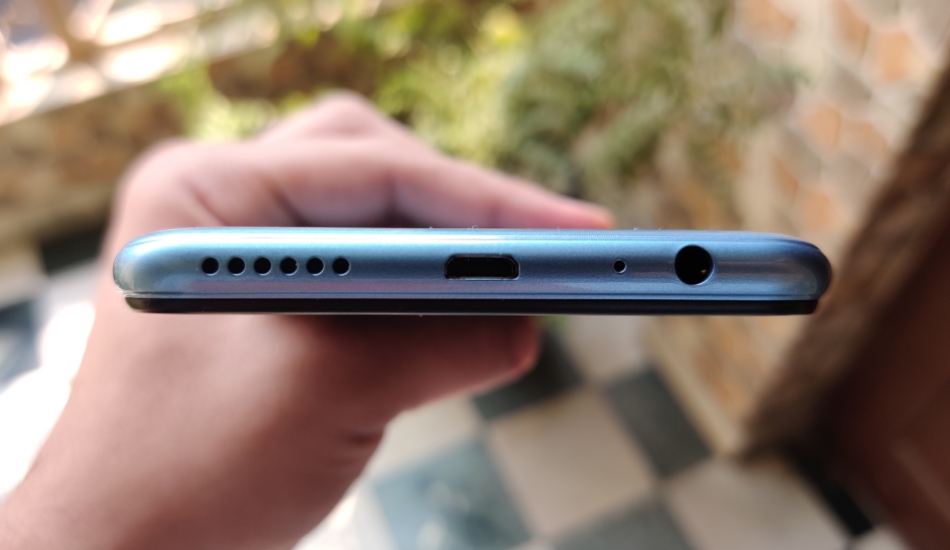 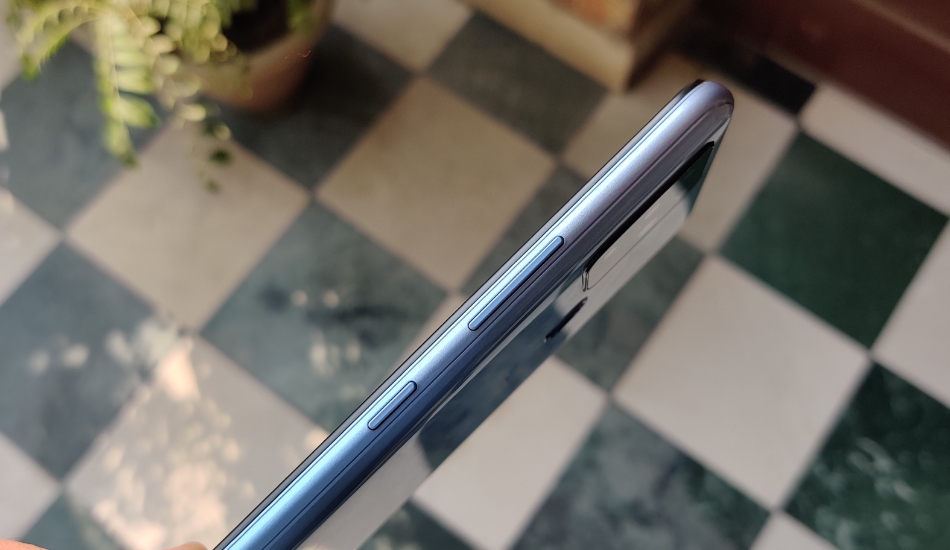 We have a quad-camera array along with a fingerprint scanner on the back which performed really well and quickly unlocked the phone without any issues. On the right, we have the volume and power button, and on the left, there is the SIM tray with dual SIM support along with a dedicated memory card slot. Down below, we have a 3.5mm headphone jack, a mic, surprisingly a micro-USB port for charging, and a single mono speaker. 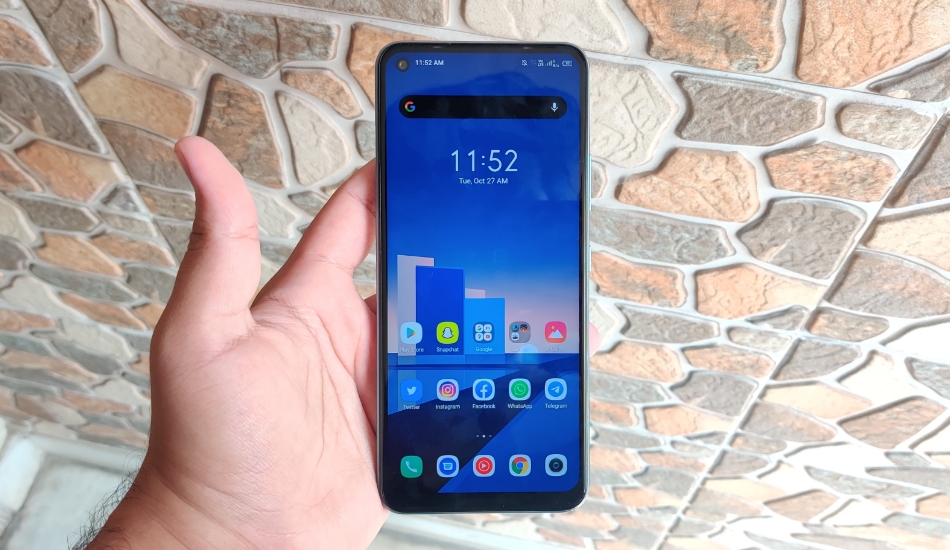 Infinix Hot 10comes with a 6.78-inch HD display with a resolution of 720×1640. The display is big and bright but isn’t bright enough and outdoor visibility is definitely on the lower side. Even indoors the brightness feels low around 75% value. I had to keep it at a value of more than 80-85% for comfortable viewing in any scenario.

The overall experience on Hot 10 s good when you have such a big display in your hand but then the resolution is just 720p which if we compare to the competitors, proves to be enough. But all of the competitors such as the Redmi 9 or Narzo 10A have a smaller display. And 720p resolution on a display this big definitely hurts.

Performance-wise, the device was quick and responsive to the commands I gave it. Be it multitasking or opening an app, the device did it in an instant. RAM management was also good with fast app launches.

The only thing that bothered me was the UI. The device runs on XOS based on Android 10 and I am definitely not a fan of the UI. The user interface felt a bit cartoon-ish and unfinished to me. 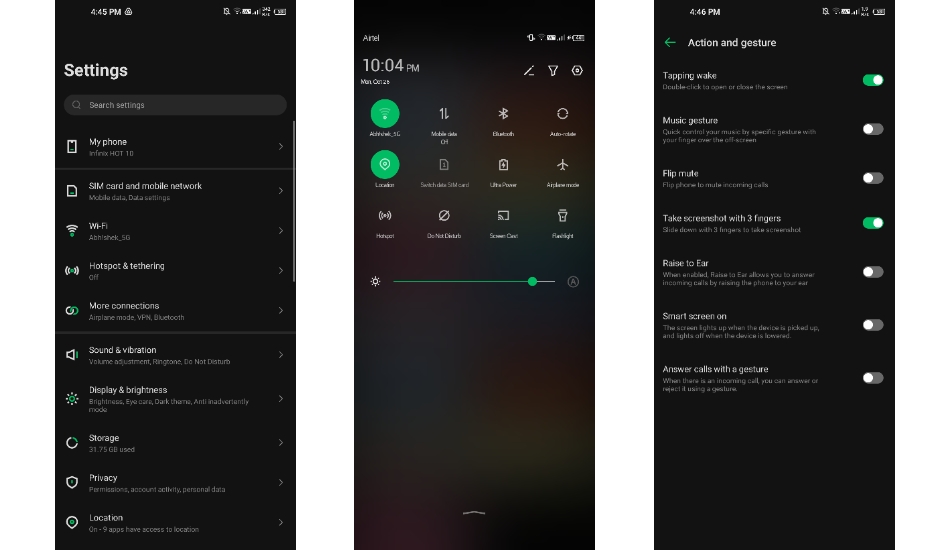 The elements were overlapping each other and the animations also sometimes feel choppy. The device doesn’t feel as modern as it should when compared to the competition. Although it’s a personal preference, but the UI definitely didn’t impress me enough. Though the device does have features like gestures, gaming mode, peek mode where you can see deleted WhatsApp messages, social turbo, and much more. 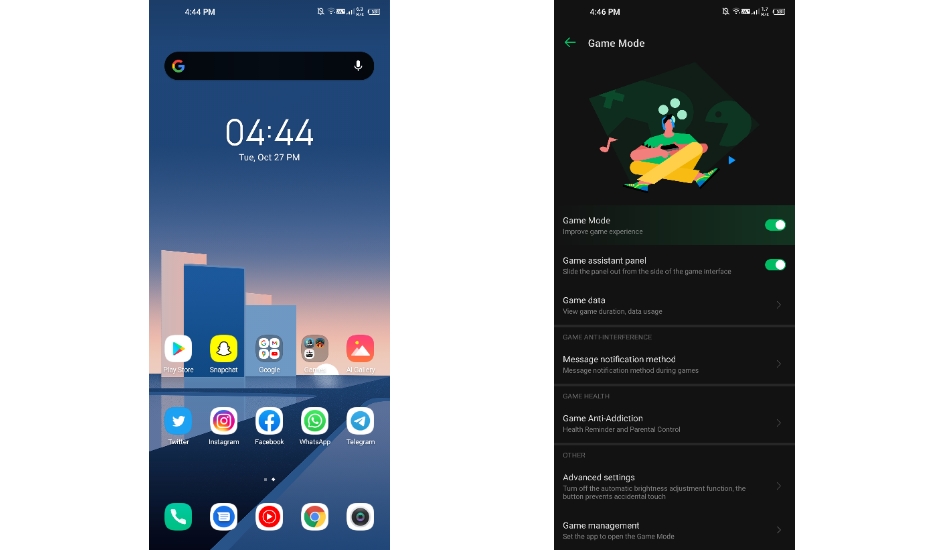 Coming to the gaming performance, the device surprisingly handled Asphalt 9 at max graphics with much ease. There were some frame drops but it did handle the game pretty well and was playable at constant 30-35fps. Talking about Call Of Duty Mobile, with this game too the device was able to run it smoothly at the maximum graphics settings available for the device which was ‘Medium’ with constant 60fps. 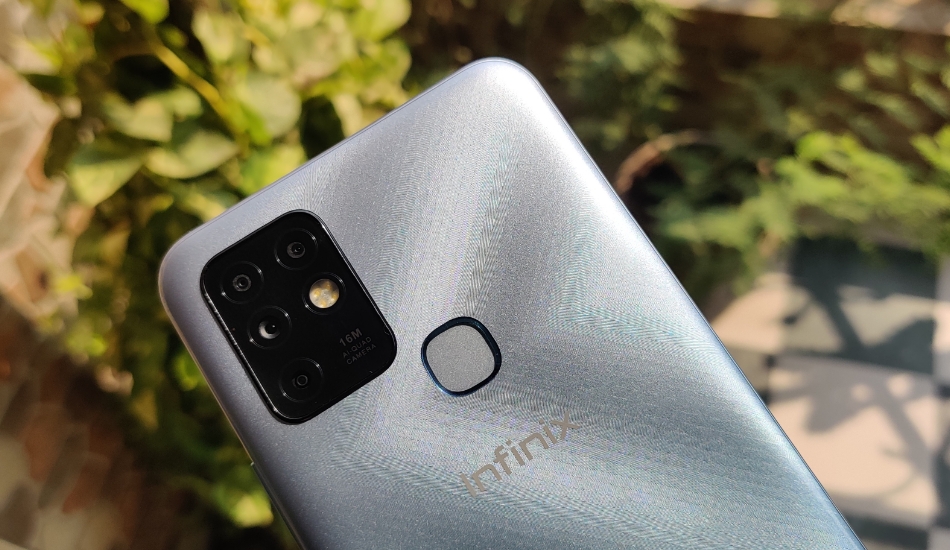 For the optics, Infinix Hot 10has a quad camera setup including a combination of a 16-megapixel primary sensor, two 2-megapixel sensors, and an AL lens. For the front, there is an 8-megapixel sensor housed in the hole-punch cut.

The pictures clicked in good lighting conditions were average or even below that. The colours looked fine with below-average dynamic range. Some amount of sharpness was present but it wasn’t up to the mark. 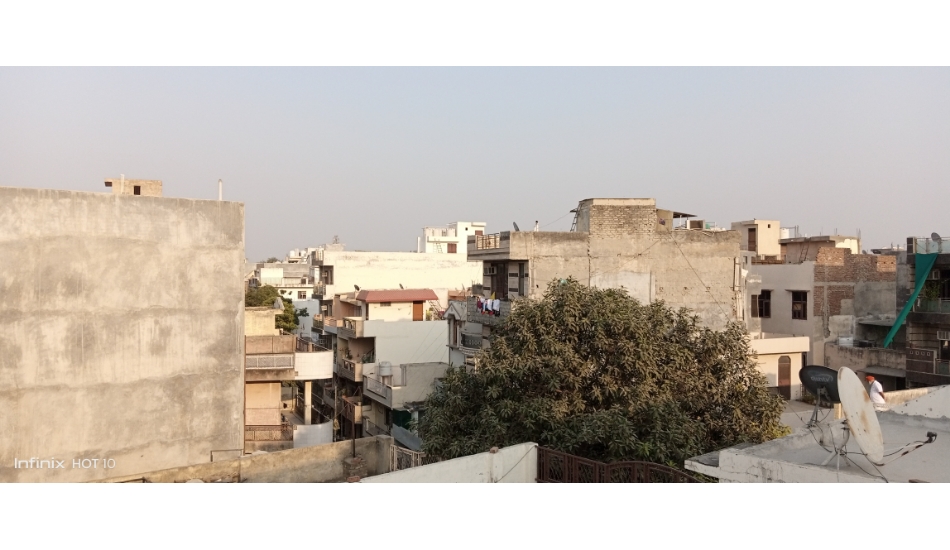 Portrait mode shots and close up shots looked good with decent edge detection and a good amount of bokeh effect. But the details and sharpness in pictures were missing and they looked quite soft. 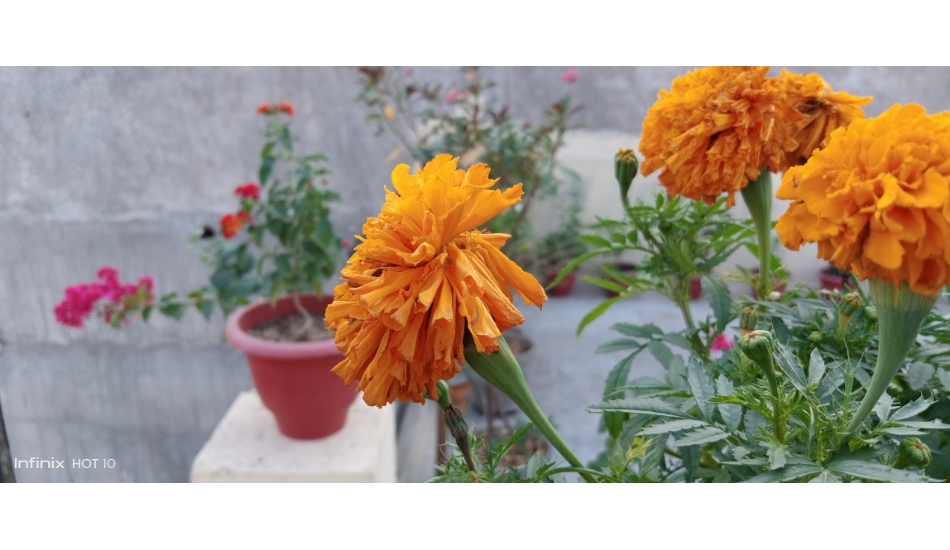 The super macro mode does pick up details in a super close up shot which I took of an OnePlus Nylon cover (below) as it does show the threads used in the case, but again the image was soft and a bit blurry when zoomed in. 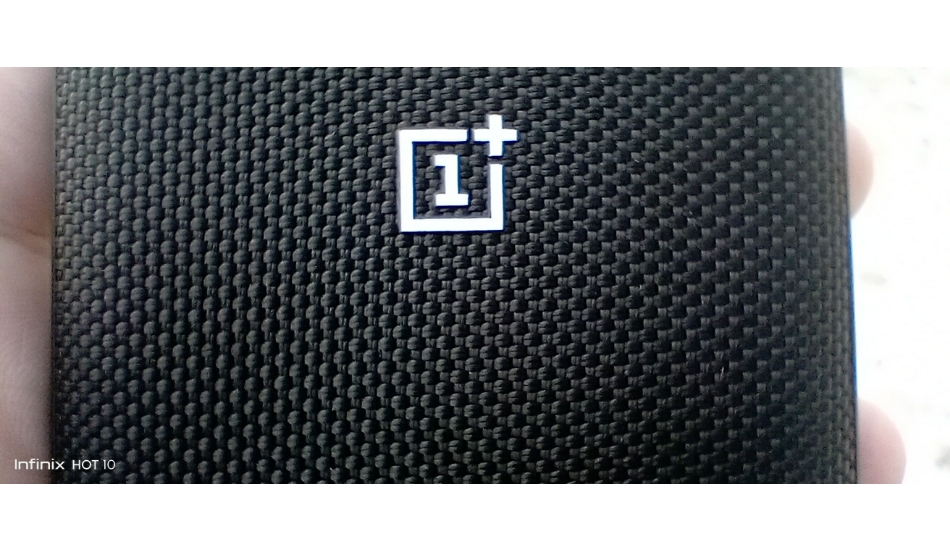 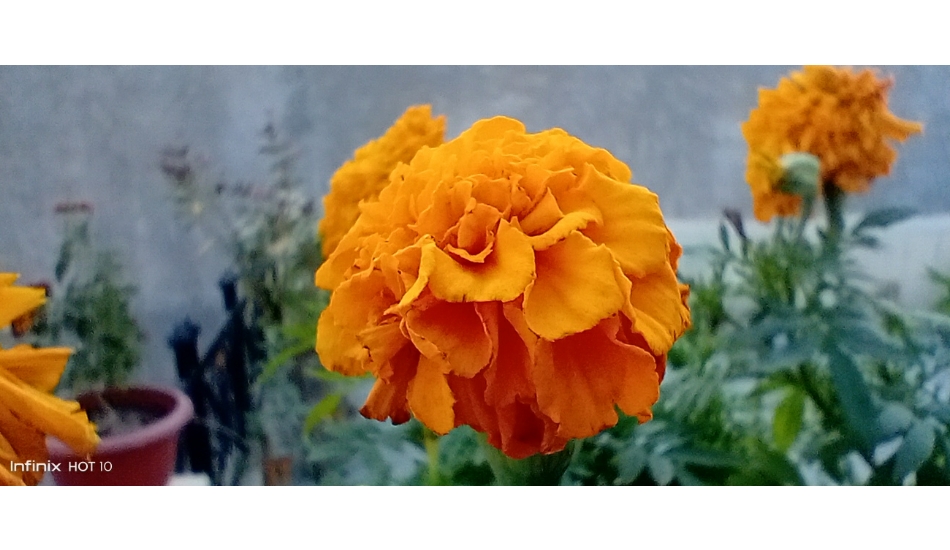 It is a big No when it comes to clicking selfies on Hot 10. The exposure is on the higher side and the picture comes out to be too bright with little to no colours. The picture turned out to be too soft and all the colours were too faded. In our opinion, do not buy the device for selfies as the selfies are not even shareable. 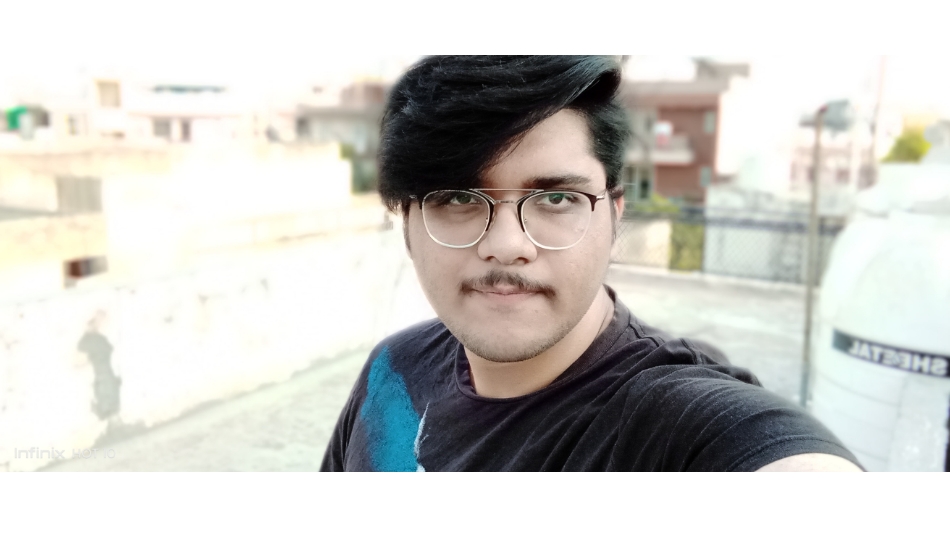 The device does have a unique feature which you won’t find in any smartphone at this price or maybe at any price point, which is, dual front flash that looks something like in the image below. 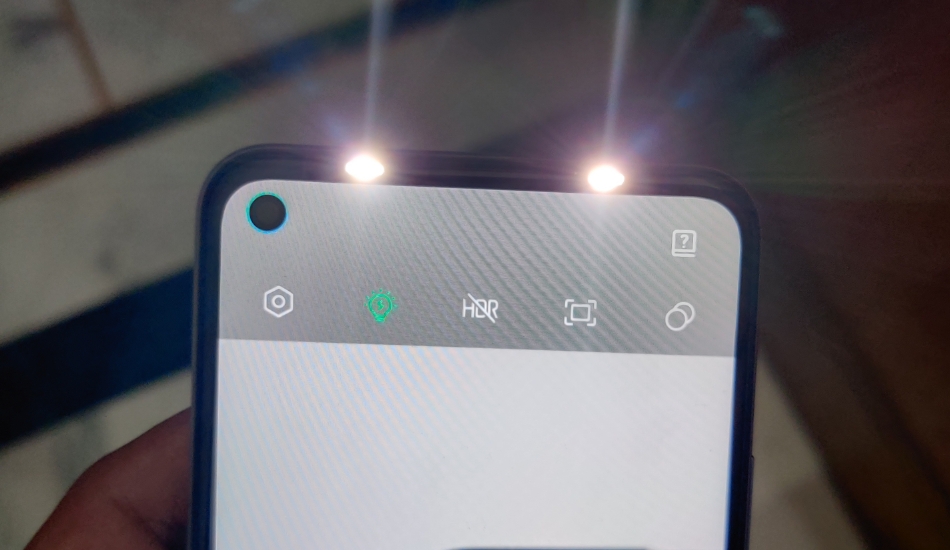 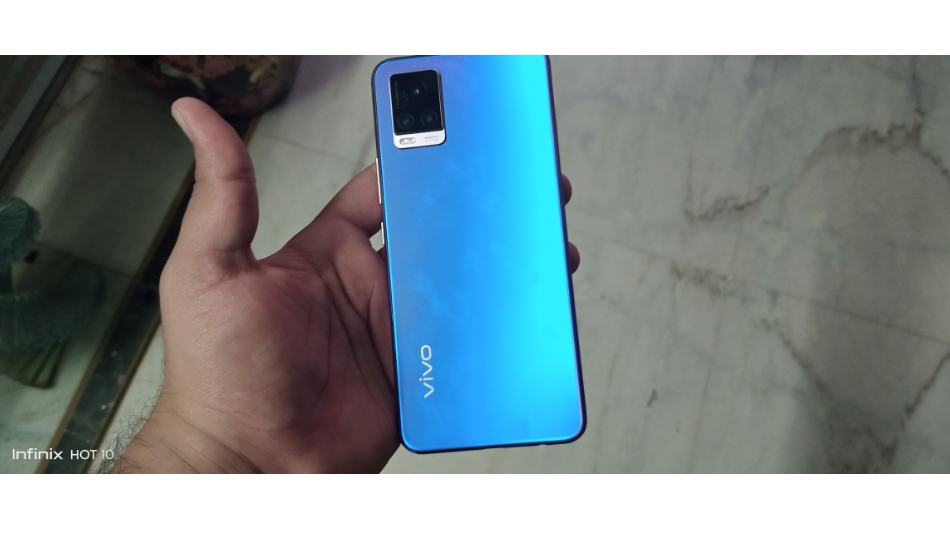 Under low-lighting and artificial lighting conditions, the camera even struggled further as the shots turned out to be too noisy and soft with faded colours and very less details. 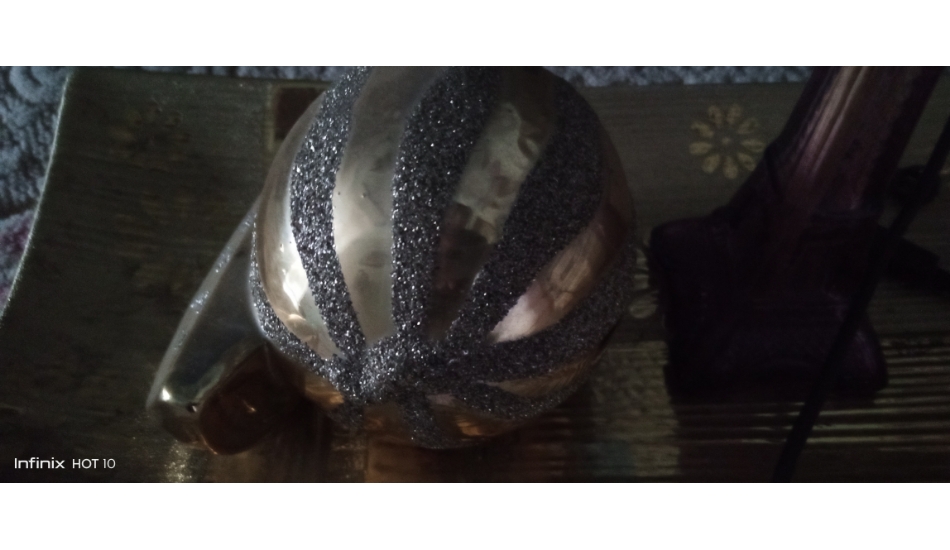 Infinix Hot 10is backed by a 5,200mAh battery with 10W charging which is provided in the box. It has a micro-usb port for charging which is surprising as the world moves on to Type-C ports. But considering its competitors are providing the same, it was kind of an expected move.

The battery life on Hot 10 was great. The big battery just has to power a 720p display and that coupled with a power-efficient processor, just takes the battery life to another level.

After 24 hours of usage which include around 1 and a half-hour of gaming, 5-6 hours of standby, YouTube and YT Music streaming along with browsing Chrome, Instagram, Facebook, etc, the device still had 22% left and gave me a screen-on time of 8 hours 40 minutes. Presumably, it would have easily given me an hour and half or even more if I hadn’t put it to charge at 21%. 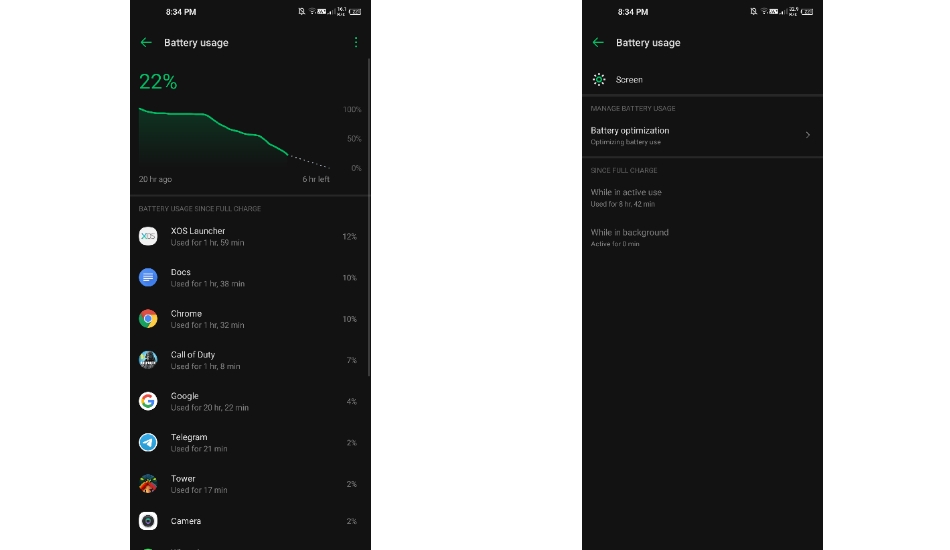 With light usage, the device can easily last 2 days or even more.

With a price tag of Rs 8,999 for the base model, Infinix Hot 10 s a good option if you end up liking the UI and compromise with the cameras.