HTC 10 Review -It is good but seems overpriced 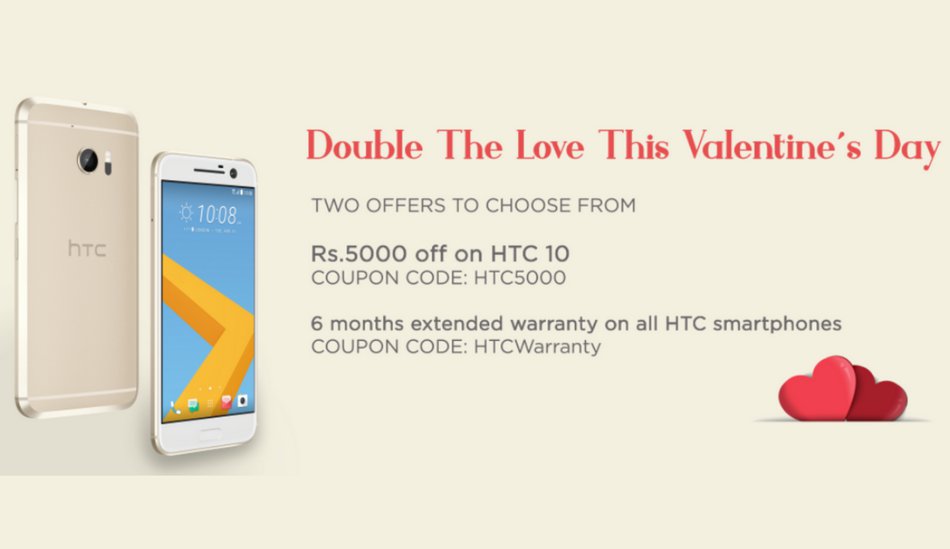 Screen prone to scratches Average battery back up

HTC needs no introduction; it used to be a leading name in the smartphone industry. Though it has not the market share it used to boast earlier, but HTC still is a renowned name and has several great looking handsets. Its latest flagship, the HTC 10 is arguably a great looking phone but is it worth Rs 52,990 – its current market price? Let’s check out.

HTC never went wrong in this department (especially with its flagships). The HTC 10 won’t disappoint you either. It is bold and beautiful. With the metal body, it feels quite tough and its compact size means no one will struggle to hold it. I felt it bit slippery but the big disappointment was the display.

Even before my use, I saw some micro scratches (perhaps it was used by some other reviewers). And towards the end of my review, it got many more.

The HTC 10 has a dedicated micro SD card slot along with a separate SIM slot. Another good thing about HTC 10 is its power button which has tactical design so the moment you touch it you will be aware of it, hence no accidental press.

The two soft touch keys on either side of the home button are backlit. There is an option to keep them on whenever the screen is on. Note that the home button also works as a fingerprint scanner.

In short, the HTC 10 is well designed phone barring the screen which needs a screen guard for sure.

The HTC 10 has a 12 megapixel main camera. Its 1.55 um pixel size is less than what HTC One offer (2 um) but it is still better than many phones (iPhone 6S has 1.22 Âµm pixel size while Samsung Galaxy S7 has 1.4 Âµm pixel size). Besides, HTC 10’s rear camera has Optical Image Stabilisation, BSI sensor, Laser Autofocus, f/1.8 aperture and Auto HDR. This camera can shoot pictures in RAW mode and there is a pro mode as well. With slow motion, panorama, 4K video recording facility with Hi-Res audio, there is plenty of features to go creative with HTC 10.

Expectedly, it didn’t disappointed me. The rear 12 megapixel camera is fast and offers plenty of colours as well as plenty of resolution.

HTC 10’s front 5 MP camera also has OIS, auto focus, BSI sensor, f/1.8 aperture, live make up, Auto HDR, auto selfie mode, and full HD video recording ability. It is one of the best front cameras out there but I felt the captured images were a bit dark.

The HTC 10’s 5.2 inch touchscreen is perfect in terms of size. While I find screens below 5 inch too small, devices with 5.5 inch display feel too big to handle. But 5.2 inch devices are just fine even for gaming and videos.

The HTC 10 is a powerhouse with its 4 GB of RAM and 64 bit, 2.2 GHz Snapdragon 820 processor. I used to run more than a dozen tasks including emails, social accounts, couple of e-retailers apps and a high end game â€“ all at the same time â€“ but it never flinched, even once. However, it does have heating issues. Ofcourse, it does not get heated up in normal tasks but during gaming its temperature does go up, though not to alarming levels.

With 32 GB of internal memory and a dedicated 2 TB SD card slot, it is also one of the few flagships to offer so much storage space.

The HTC 10’s fingperprint scanner is as best as one could expect. It was quick to set up and worked flawlessly every time.

The HTC 10 has all the connectivity features that you could expect in a high end phone. It offers NFC, Bluetooth 4.2, WiFi (ac), Chromecast, DLNA, AirPlay and Miracast. It has a USB Type C port and 3.5 mm jack. It offers 4G VoLTE but it has only one SIM slot. Its voice calling is also one of the best I had experienced.

With the USB Type C port, it does gets quickly charged but I felt its battery back up a little on the lower side. With one SIM and constant WiFi, I had to charge it twice a day.

HTC 10 has a great spec sheet. But it has few cons as highlighted above which weakens it case a bit. Also it doesn't have any iconic innovations like a dual camera or an edge screen. With a price of above Rs 55,000, the HTC 10 also seems a bit overpriced but with new competitors coming into the market, there could be a revision in its price. So it is advisable to wait it out.