Time to be the ultimate killing gang, but everything you do is for the money.

Not for Windows Phone

Windows RT has come out to be rather nice, helping device makers create slimmer and more portable devices, and helping users with utmost portability. With Windows RT Microsoft’s gaming arena, Xbox has also entered Windows OS, making these devices the ultimate tool for gamers, offering massive action packed games on portable devices. Guns 4 Hire is a free to play game for Windows 8 RT or Windows 8 based devices. The game is a combination of strategy and RPG wherein players are required to control four guys who are out to kill everything that comes in the way of their completing a mission and achieving their goals.

The game is based on a war scenario, somewhere in the streets of a city run by rebels and criminal lords. And as a team your role is to guide the team of L.T., Faraday, Burns and Boomer to complete missions you take up for money. The game puts users in the middle of the battlefield, where they have to strategies and outsmart the enemy to be victorious. Players can choose to go defensive or can also go out in full offence, but be wary that the enemy is not a bunch of knife slinging hooligans but include flame throwers, gun slingers and even suicide bombers aiming right at you and your team to stop you from reaching your goal. 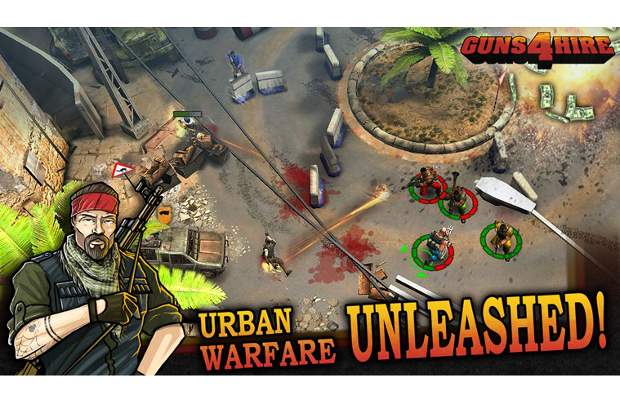 With this game users get to experience every front of the war with 17 missions to unlock across three locations. But that’s not as easy as it sounds as the game throws newer challenges in every mission. Every time you complete a harder or more difficult mission you get more money, which can be used to upgrade players and their armor. 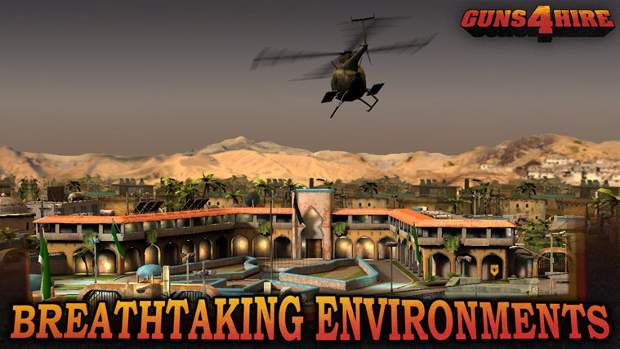 Every location comprises of most wanted criminals that are spread across missions and difficulty levels. Kill all of them and you get to kill the big boss; or get killed if you are not equipped properly. 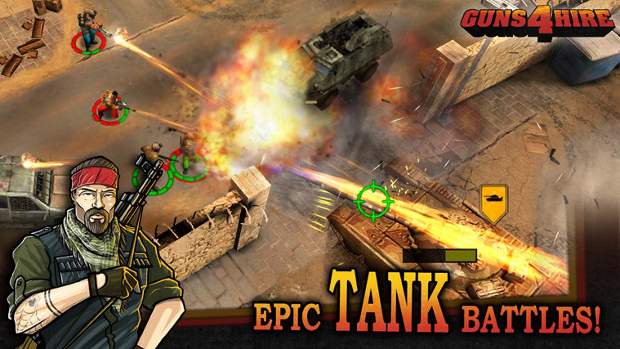 The storyline is simple yet intriguing with action starting from the very basic of missions. Users only fight on foot, but that too has its limitations. Players shoot with rifles, flamethrowers, heavy machine guns and rocket launchers, and every weapon has its weakness and strength so being careful really pays. 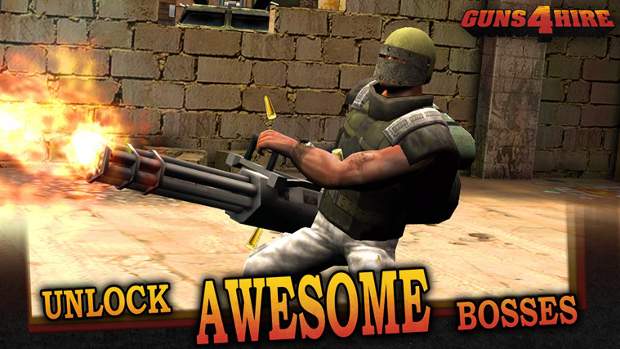 Overall game quality is superb and the audio and graphics are commendable. With this game Gameloft has created a full console gaming experience on mobile devices and that too for free, making this a must have game for anyone and everyone who can play it on their device.

As we mentioned earlier the game requires around 90 MB of data download so make sure you are connected to the internet using WiFi while downloading the game. The game also offers in app purchases for users if they wish to get past missions easily or faster, but that said, playing it at a regular pace is really fun.

The game is available for download from Windows Marketplace and can be downloaded by following this link only on Windows 8 or Windows 8RT based devices.