Don't be fooled by the 2.5 MB download size mentioned on the Android Market - the total file size of this game goes around 1 GB!

Role playing games or RPGs, as we call them, have become quite popular on Android and especially with the increase in the graphic and processing qualities of the device.

Gun Bro’s is a great example of this coming from Glu Mobile a popular application developer. This game is a story of the fight between the TOOL (Tyrannical Oppressors of Life) and the FRAGGED (Freakishly Rugged Advanced Genetics Galactic Enforcement Division) forces and as gruesome as it sounds the game gets a few more brownie point being absolutely free to play.

First of the game is a massive download so make sure you have WiFi and a lot of free space on your device and another thing – don’t be fooled by the 2.5 MB download size mentioned on the Android Market – the total file size of this game goes around 1 GB!

###PAGE###
You play as the FRAGGED solider whose sole mission is to scout the planets and rid the TOOLs. The game play involves shooting and making some clever moves when the heat seeking missiles and plasma bursts come your way. The newest addition to the game is the real multiplayer capability which a player can use to play with a fellow Bro both in online and offline modes. 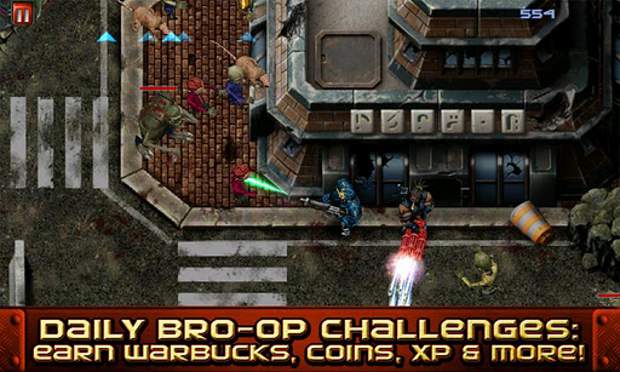 In Online mode, the player can control the character and get support from other players in the fights while offline the player is a mere assistant but anyway two is better than one, isn’t it? 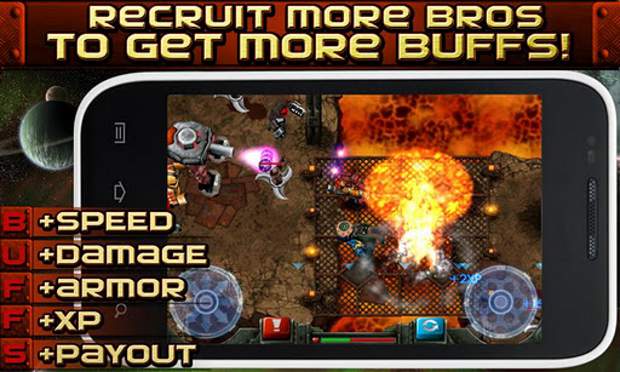 The game modes are played in the form of waves and the more you play, the harder it gets to kill the TOOLs and of course harder opponents come with each stage. The game has the option to upgrade your player to make it stronger but it costs a lot of money in the form of Xplodium that can only be earned after killing enemies. The Xplodium is then fed to the transformers that give you cash in exchange. 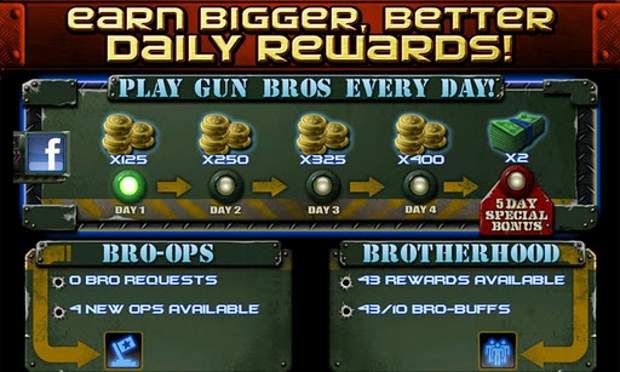 The quality of graphics of the game is top notch but make sure if you are downloading this game you have a faster device ( minimum 1GHz processor) otherwise the game will not perform well thus spoiling the fun of the game.
###PAGE###

The game starts with the basic levels first but as you gain experience you open up newer and more difficult stages. Keep in mind that if you do not upgrade your player, there you have to be satisfied with the basic levels. But at the same time do not get carried away with the design of the gun as sometimes smaller guns inflict more harm than the dangerous looking big guns. 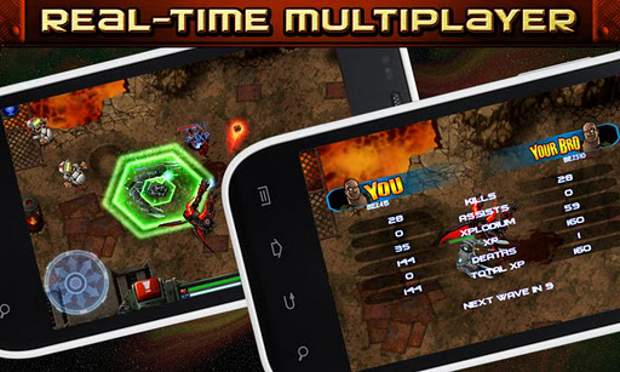 The game is a free to play game with optional in app purchases of super weapons and armors but you can easily play the game without them as well. You can search for the game in the Android Market or can also click here to get link to download it. And just one more thing is left to be said, Happy Fragging.