Galaxy A52, Galaxy A72 Review: Worth the price? 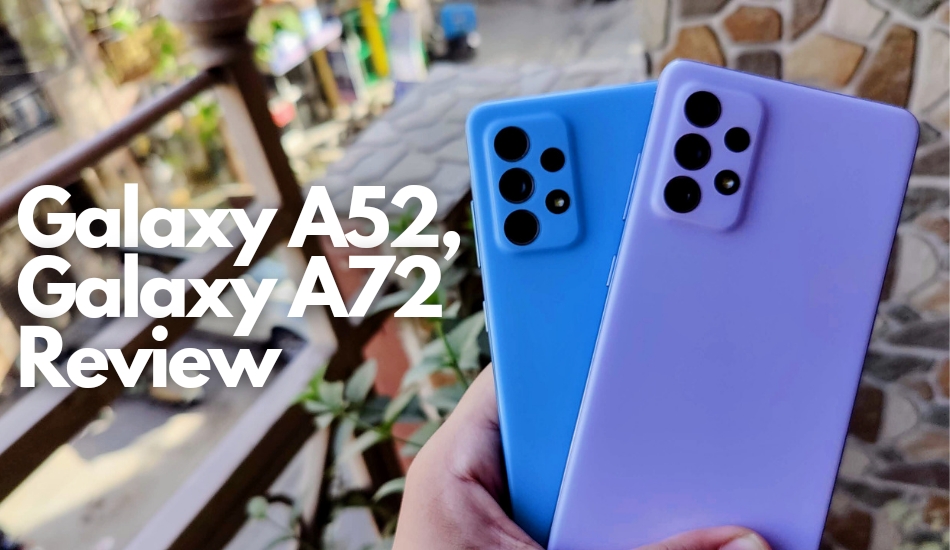 The Galaxy A52 and the Galaxy A72 are the newest addition to Samsung's A-series family. One of them aims for the lower mid-range segment while the other one goes up high. Are they worth the price? Let's find out

The Samsung Galaxy A-series saw a couple of new members some time back that included two new phones – Galaxy A52 and Galaxy A72. The phones have a lot to offer based on how they are priced and advertised. The Galaxy A52 price starts at Rs 26,499 while the Galaxy A72 starts at Rs 34,999.

This will be a combined review of the Samsung Galaxy A52 and the Galaxy A72 where we put them to test and check whether the phones have fallen short on their claims or have risen above the competition. Both the phones share a lot in common and that’s why we tested them side-by-side to help you choose which one of them is worth your money. 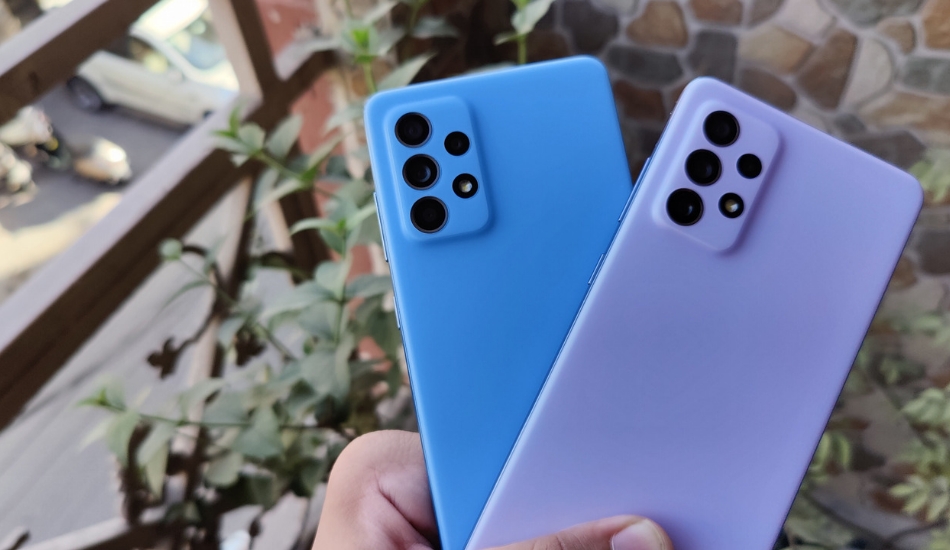 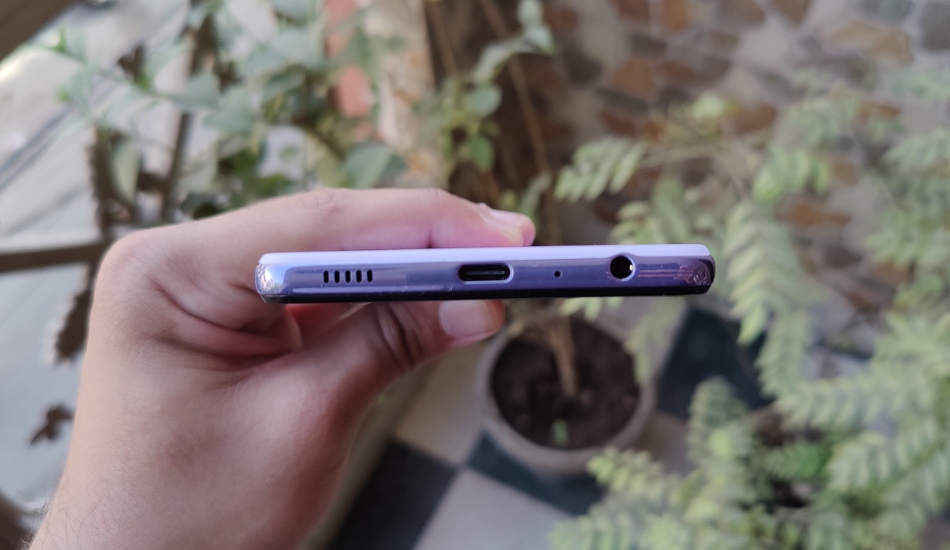 Both the phones have a plastic make but they didn’t feel cheap at any point during my usage. On the back, there’s a quad-camera setup that is slightly protruded. The button and port placement on both of the phones are exactly the same. 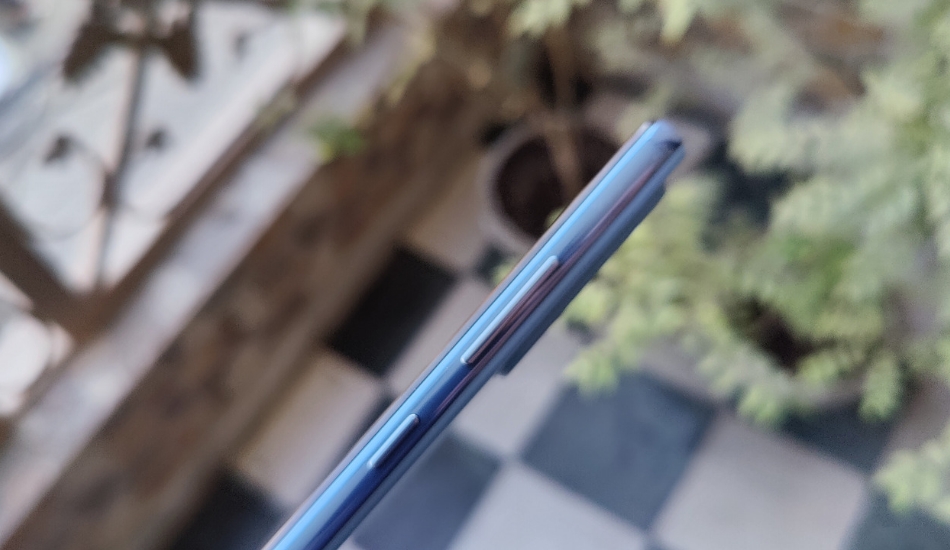 The only difference here is that the Galaxy A72 feels a bit bigger in hand and the display isn’t reachable with one hand, while on the Galaxy A52, it’s vice versa. It feels more compact to hold and is reachable with one hand easily. The matte finish on the plastic gives off a premium feel. But this quality tends to get dirtier over time considering the finish as well as the light shade of colours Samsung is offering.

We are not sure whether it was an issue with our unit or is present across all, the side rails on the Galaxy A72 were flimsy and felt loose. The rails pressed inwards when I held the phone and this is kind of a noticeable issue with quality control which we don’t expect from Samsung. 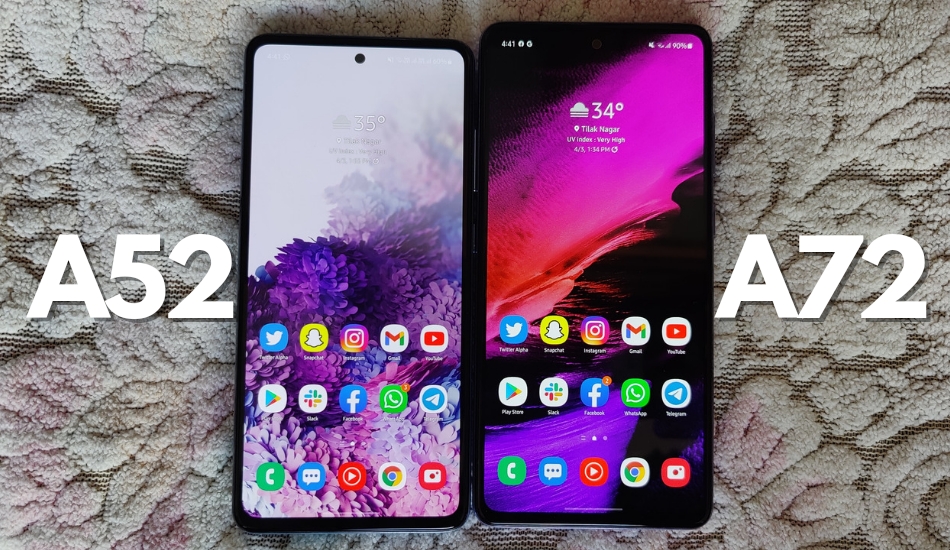 The Samsung Galaxy A52 sports a 6.5-inch FHD+ Super AMOLED display with a 90Hz refresh rate, 800 nits of peak brightness and Gorilla Glass 5 protection. The Galaxy A72, however, has a slightly bigger 6.7-inch display with the exact same specifications. Both have them also have an In-display fingerprint sensor. 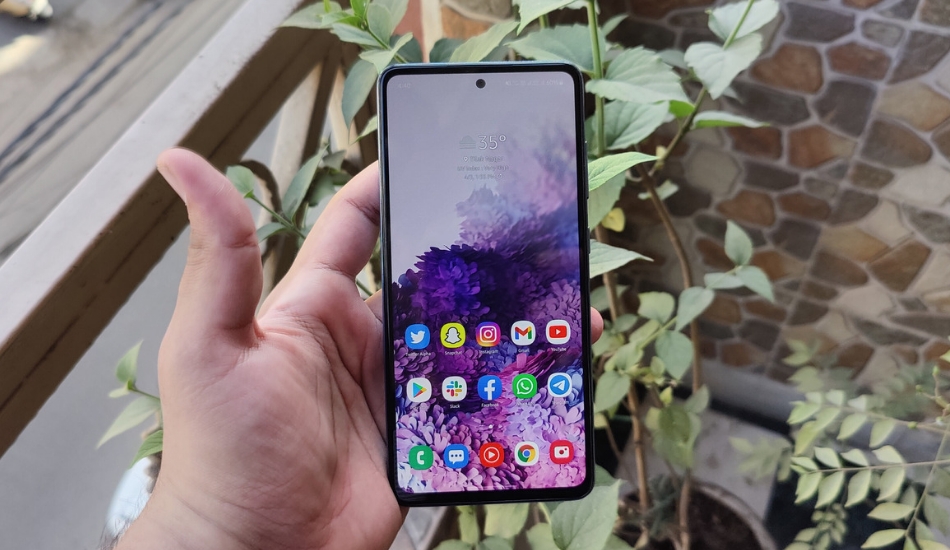 The display on both Galaxy A52 and Galaxy A72 is beautiful to look at. Samsung displays have always had a good reputation in the past and the brand has maintained it this time around as well. The displays get bright enough outdoors with good visibility. The colours look sharp, vivid and are well saturated. As it’s a 90Hz panel, the smoothness on offer was something I liked the most. 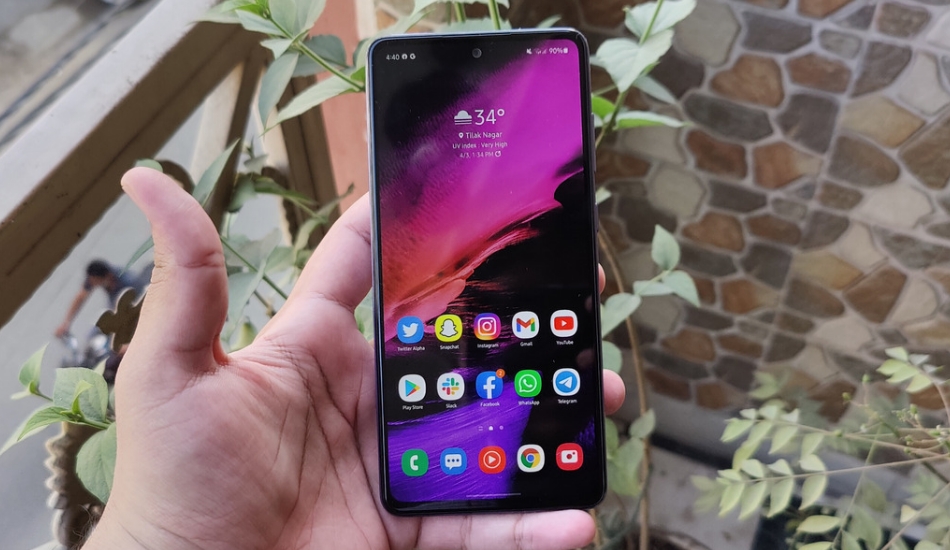 The Samsung Galaxy A52, as well as the Galaxy A72, are powered by the same octa-core Qualcomm Snapdragon 720G SoC but the variants we got had different amounts of RAM. The Galaxy A52 came with 6 gigs while the A72 had 8 gigs. However, RAM management wasn’t an issue on either of them as the apps were quick to load when I intended to start them. 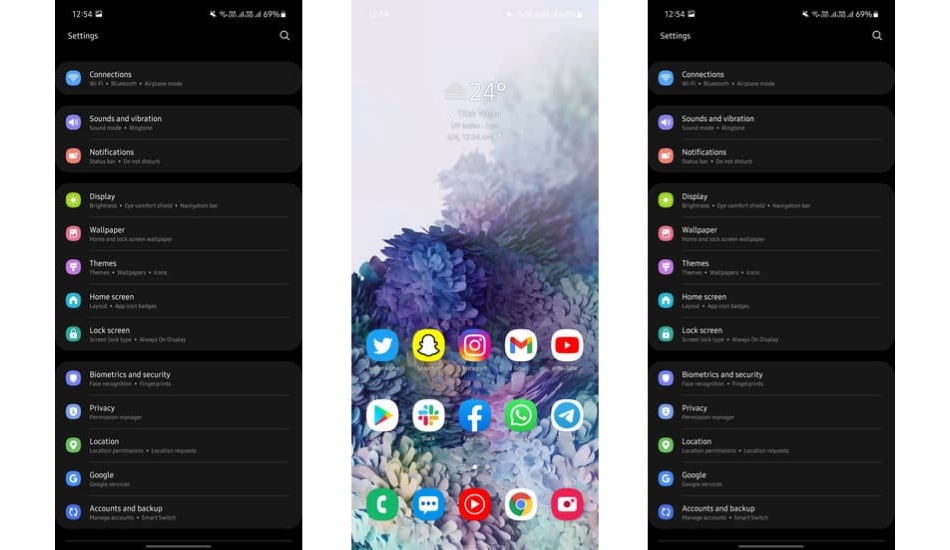 Both the phones run on OneUI 3.1 based on Android 11 and Samsung has improved on its UI and performance a lot compared to the previous version of OneUI. We get all the latest features from Android 11 here including bubbles, a dedicated conversations section in the Notification shade, new privacy settings, notification history and more. The software experience was exactly the same on both phones.

The second issue I faced was with Google Chrome. At times, Google Chrome was super slow to respond to my touches and even crashed a few times. This issue was more visible and occurred more often on the Galaxy A72 compared to Galaxy A52, but was present on both. 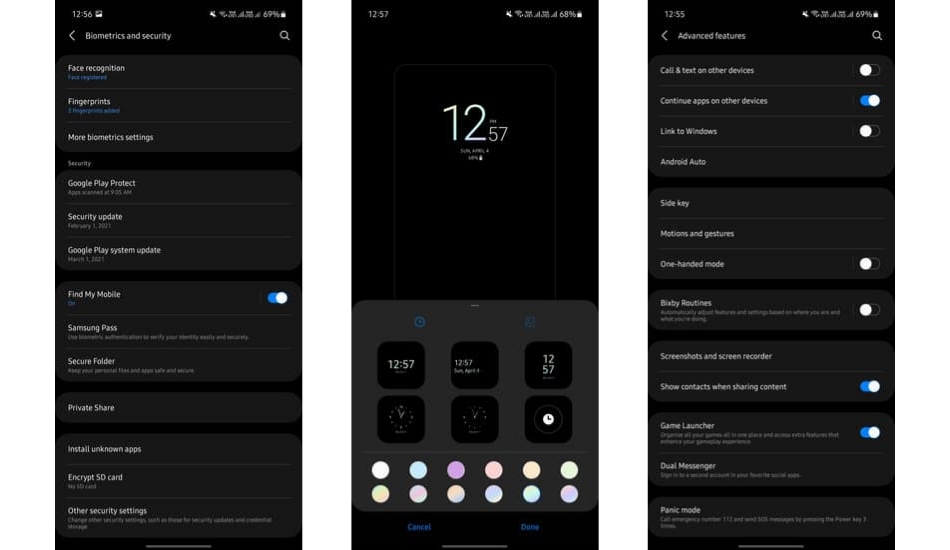 Apart from the ones mentioned above, I didn’t face any issues and the performance on both phones was a breeze. The fluid animations with Samsung’s deep level of customization in its software pays off well when you start using the device.

For gaming, the devices were able to handle Call Of Duty Mobile at high graphics (that were available for the phone) with some frame drops. Although, at medium graphics, things looked much better. Both the phones are also equipped with a dual stereo speaker setup which sounds great. It gets loud enough and the lyrics sound super clear with the bass being on the lower side.

The Call Quality was fine and the person on the receiving end had no issues hearing me. The Wi-Fi range on the 5Ghz network was quite low to my liking and I found the wifi signals dropping often when I held the device in a certain position while in the landscape. The Bluetooth range was fine but for some reason, the phone didn’t connect to Audio playback sound with my Enco M31 and only connected for calls. I had to disconnect and reconnect to enable Audio playback or had to turn it on manually by going into settings. I faced this issue only on the Galaxy A52 while with the Galaxy A72, it was fine. 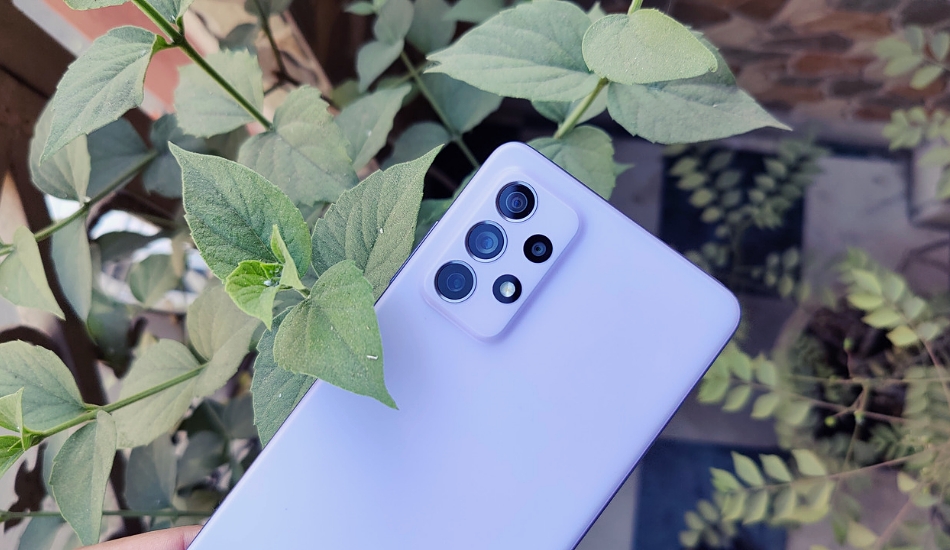 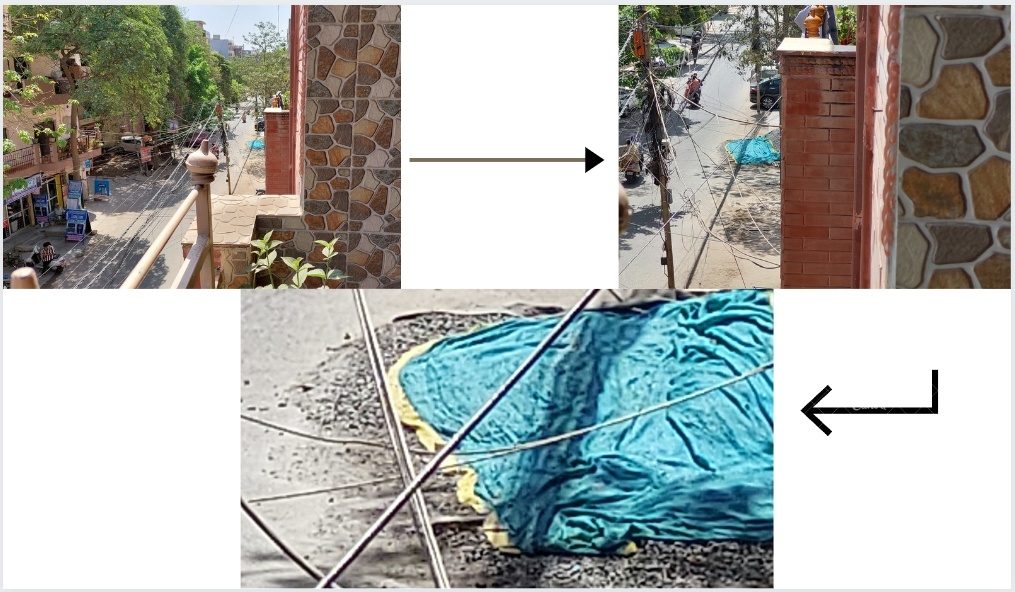 The Galaxy A72 only replaces the 5MP depth sensor on the Galaxy A52 with an 8MP f/2.4 telephoto lens that outputs up to 3X optical zoom, has OIS and PDAF support. Thanks to this sensor, you can zoom up to 30X on the Galaxy A72 compared to the zoom being restricted till just 10x on the Galaxy A52. However, when clicking pictures that are zoomed in to the maximum level (30x in A72, 10x in A52), you can’t expect a decent shot because the image just looks like a picture that was oil painted by someone. There’s no detail in a shot that is zoomed in to the max value, but the functionality is just present if you ever want to use it for some reason.

As the Galaxy A72 allows up to 3x optical zoom, the 3x zoomed shots came out to be better on A72 in comparison with the Galaxy A52. Galaxy A52 lost a good amount of details in the same shot. 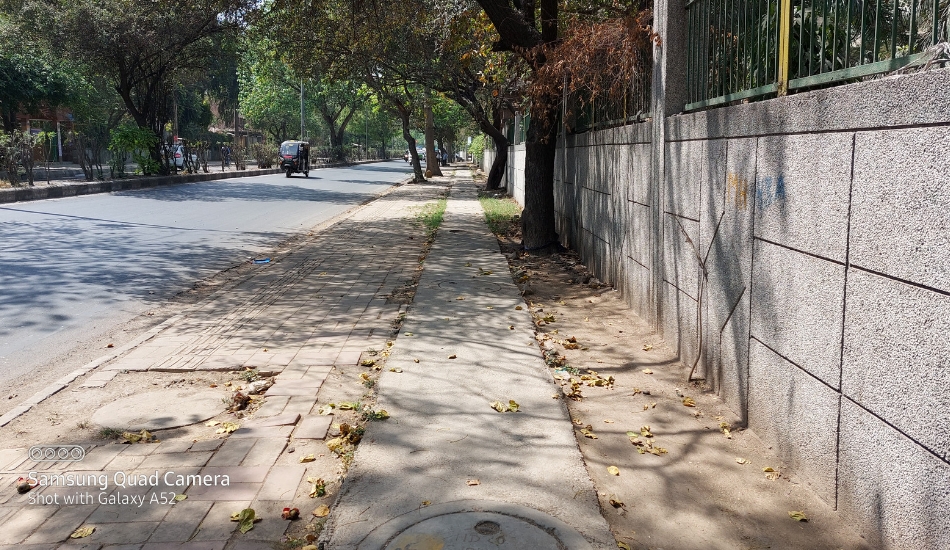 The camera app is fairly simple to use on both phones. The shots clicked under good outdoor lighting came out to be nicely detailed with a good level of sharpness and accurate colours. As the primary sensor on both the smartphones is the same along with the same level and intensity of software optimizations, the shots were mostly identical to each other. The dynamic range was also good on both of them but it was even better in the dedicated 64MP mode that also bumped up the details a little bit. 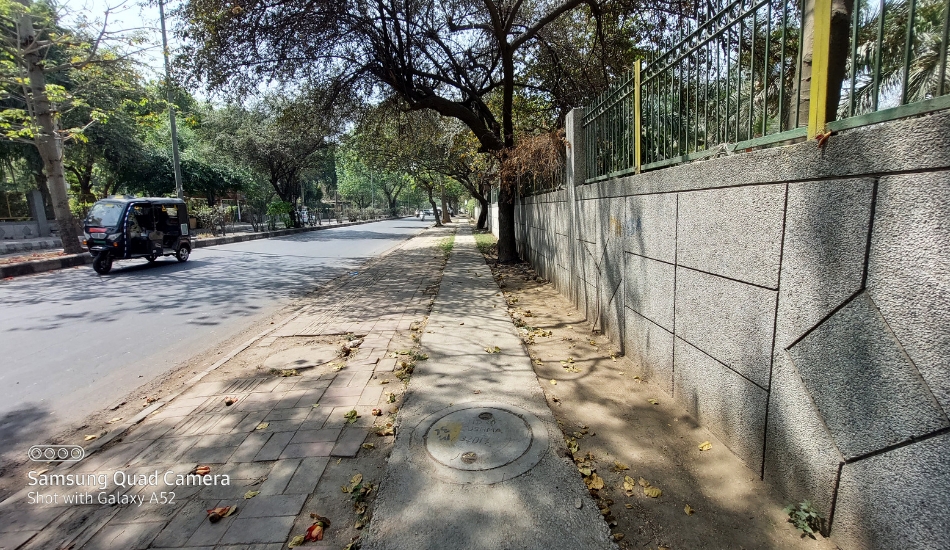 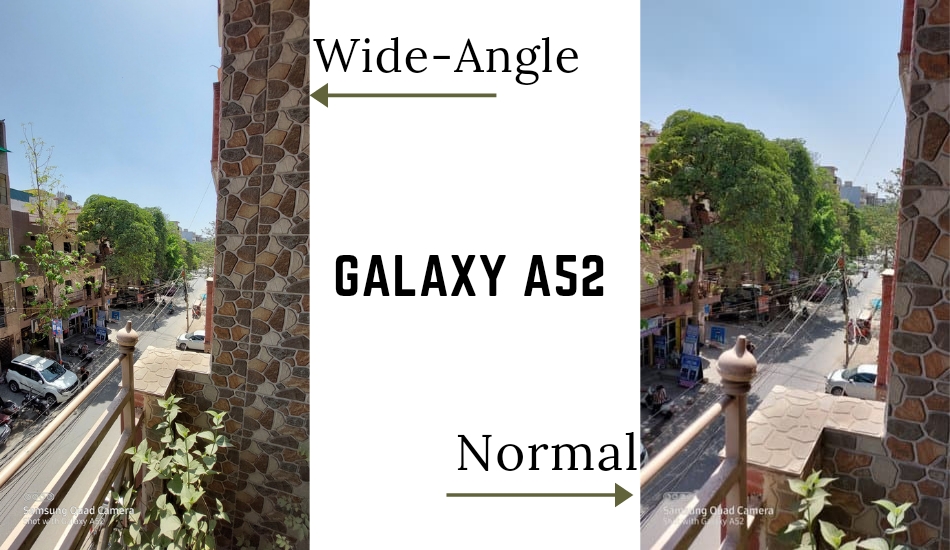 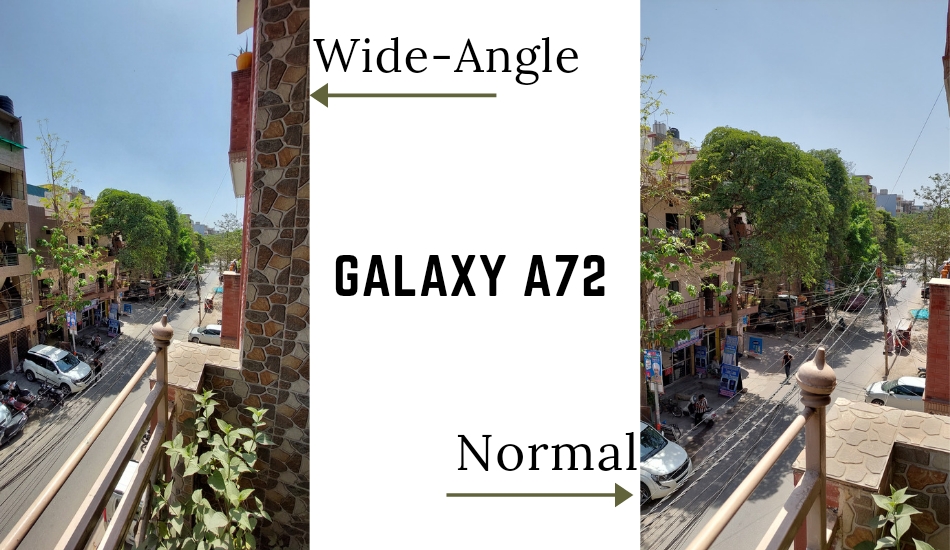 With wide-angle shots, I feel the HDR was a bit overdone that changed the overall tone of the picture drastically. But the final output had a good amount of detail along with good colours. The colours could have been a bit more natural, as I told about the HDR. 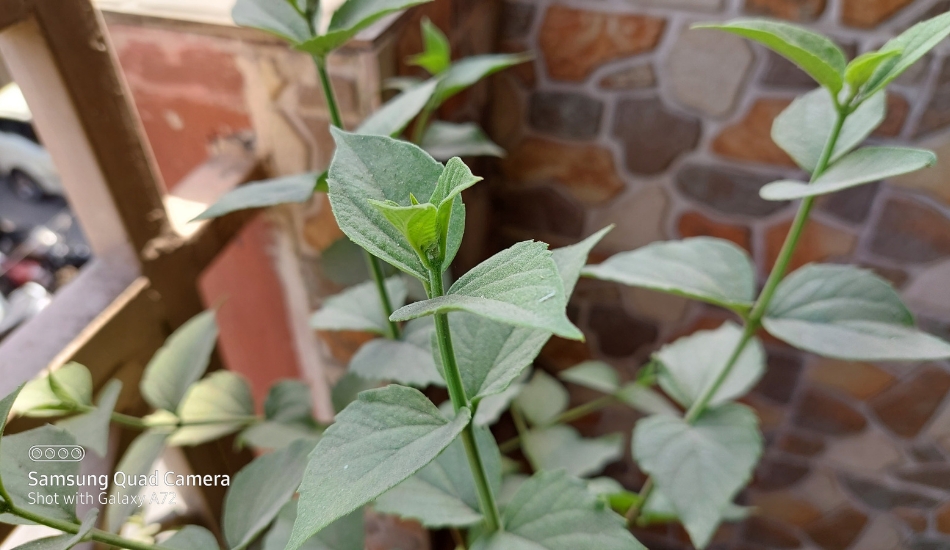 For portrait shots, both the phones performed equally well and clicked a shot that was well-detailed with a nice amount of bokeh and accurate edge detection. The AI colour enhancement mode further made the picture look better. The object focusing was also quick and accurately done. 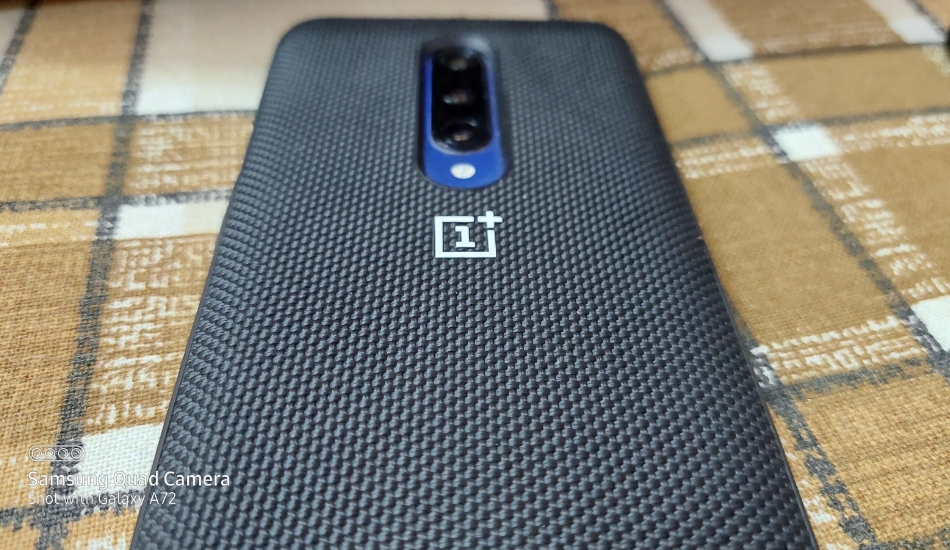 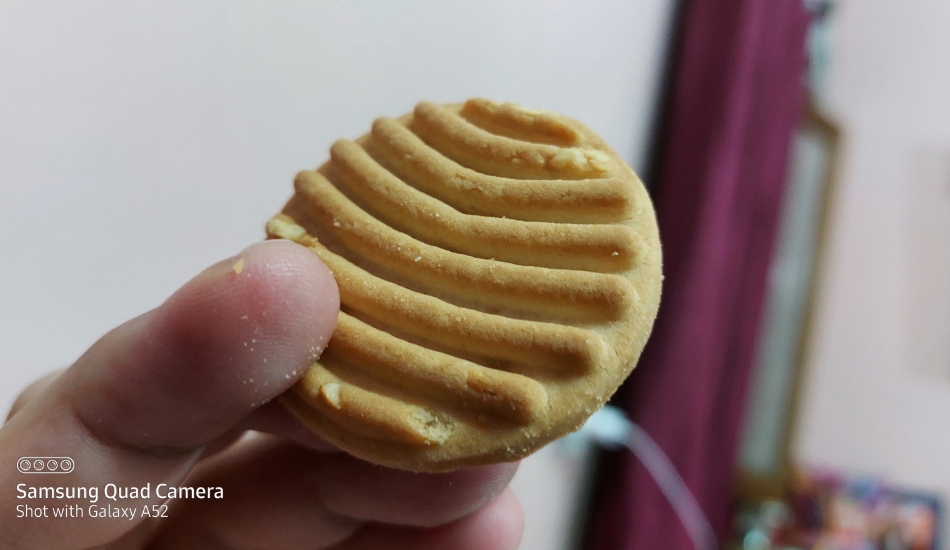 Under low-lighting, the detailing in the pictures took a hit while the colours remained natural and good-looking. Subjects under artificial lighting were quick to focus on with a great amount of detail. Even the colours looked close to natural and the final shots were really impressive. 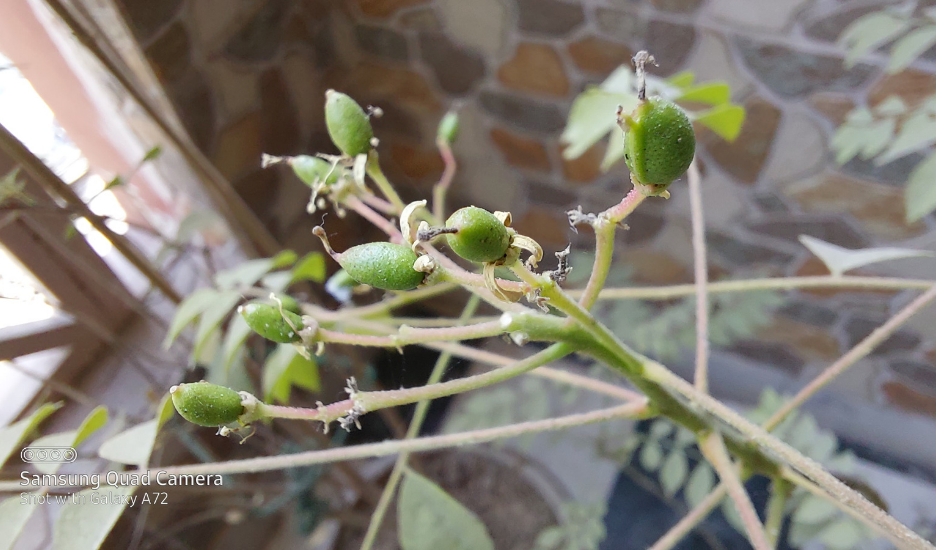 The macro shots from both Galaxy A72 as well as the Galaxy A52 looked pleasing to the eye with plenty of details, sharpness, along with a natural colour shade in all the samples. 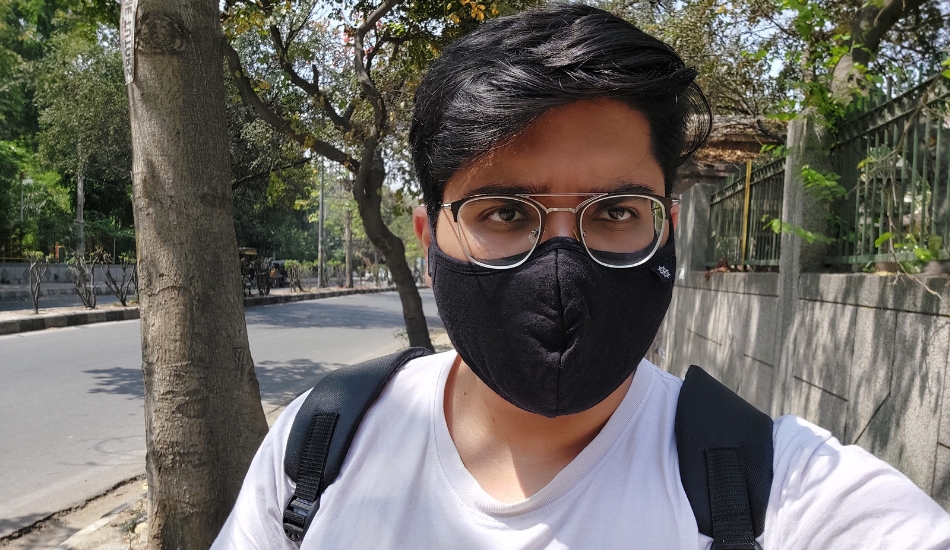 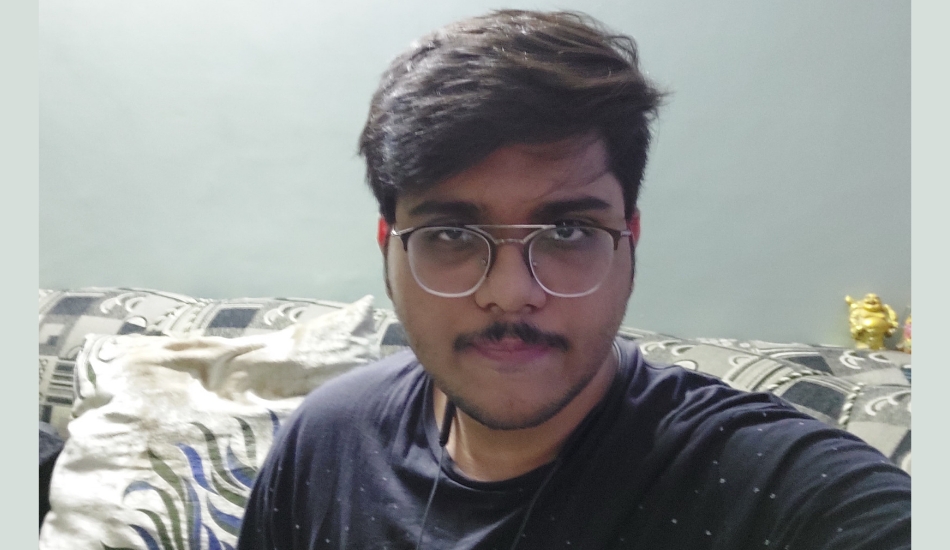 The 32MP sensor on the front did quite well under outdoor conditions. It picked up details even under shadows with colours that looked as good as they did in the real world. There’s even a wide mode that widens the capture area just a bit so you can capture more of the scene. Sharpness in the pictures was also on point with this shooter and you can definitely rely on both these phones when it comes to clicking selfies. Under artificial lighting though, the picture became a bit noisy and the level of details dropped. However, the colours remained intact. 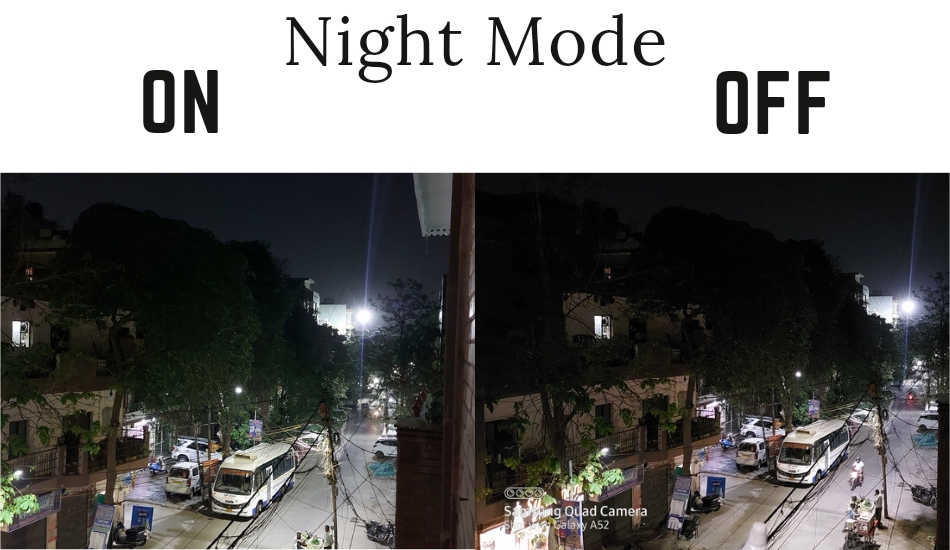 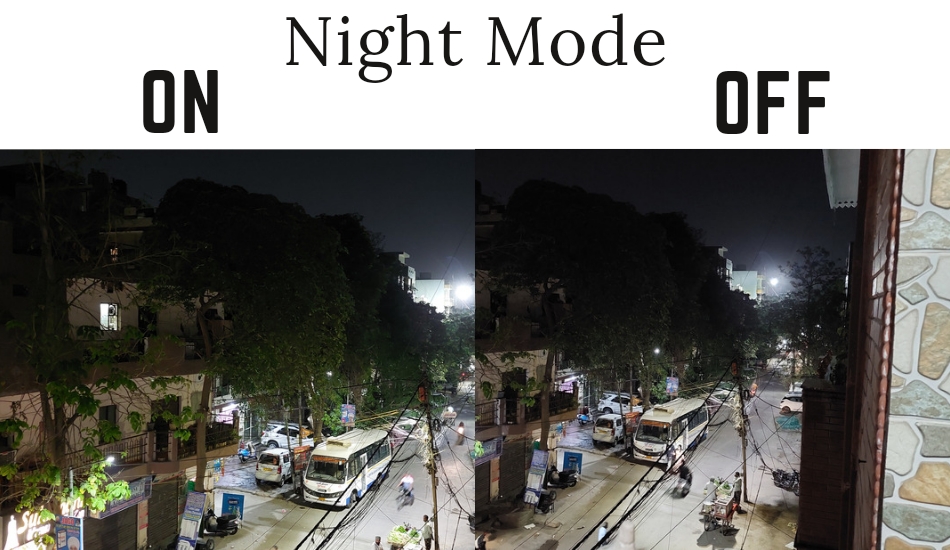 For night shots, the pictures were again identical on both the phones. The camera sacrifices the details for more colours. With night mode off, the colours look somewhat off than what they actually look. With night mode ON, there’s no change to details but the colour problem is solved as this mode bumps up the brightness and colours for a more natural-looking experience.

In our opinion, where brands are still giving 33W or even 65W fast charging bricks with their phones that cost much less than the new Galaxy A-series phones, Samsung should have gone ahead and given a 25W fast charger even with the Galaxy A52 but it is what it is.

Now, talking about battery life, the Galaxy A72 amazed me where I was able to get more than 8 hours of Screen-on time with a lot of Chrome browsing, listening to music, WhatsApp texts, browsing social media apps such as Instagram, Facebook and more. I even had the Always-On display switched on and the brightness was always above 60 percent. This phone can easily last you more than a day with light usage. 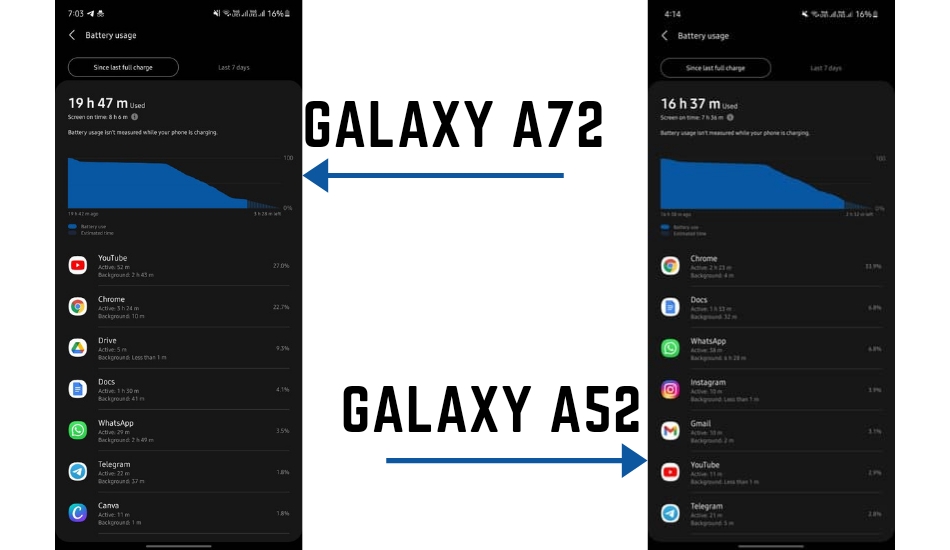 With the exact same amount of heavy usage, the Galaxy A52 gave me around 7.5 hours of SOT at 16% whereas it was 8 hours on the exact same percentage on Galaxy A72. Considering the Galaxy A52 has a 500mAh smaller battery, this amount of battery backup shows how much optimizations Samsung has done with its software to achieve this.

The Galaxy A52 took around 1.5 hours to charge from 25% to 100% with the 10W charger provided in the box. With the 25W charger, the speeds bumped up and the phone charged from 25 to 100 within an hour. The Galaxy A72 took approximately 1h 20m to charge from 17% to 100% which isn’t bad by any means. But for some reason, both the devices heated up while charging. Getting warm is normal but the phones were getting hot even though the charging speeds were just 10W and 25W.

In our opinion, the Galaxy A52 is a much better pick than the Galaxy A72 as both of them have almost everything in common except a camera sensor, and display & battery size. The Galaxy A72 is also a decent phone but at that price, you have better options and even the differences between the two are not worth spending Rs 8500 more on the Galaxy A72.