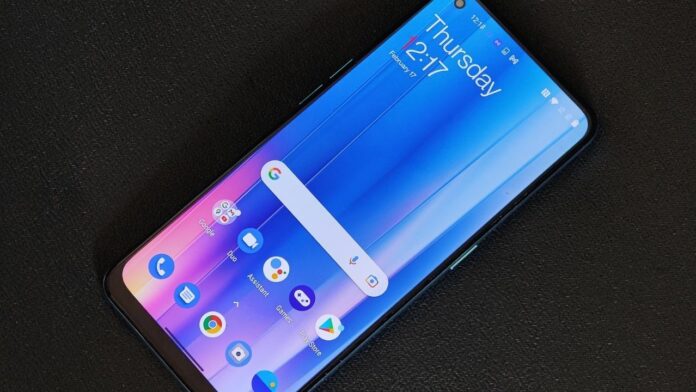 There is a new OnePlus in town and contrary to the buzz, it isn’t the OnePlus 10 series. All the headlines may be raving about the OnePlus 10, which is supposed to launch shortly, but OnePlus has actually launched a phone already. This one is not your regular flagship or even flagship killer phone that OnePlus is a master of but comes from a lineup that claims to bring “Core Experience” to the table and from a segment that the brand has started exploring very recently.

Design that goes with the trend

The OnePlus Nord CE 2 5G may be an upper mid-segment device but the phone emits premiumness. The phone is a classic modern-day device when it comes to the front. It brings a tall AMOLED display with really thin bezels around three sides while a comparatively thicker chin sits below it. Going with the front fashion at the moment, the display of the OnePlus Nord CE 2 5G brings a punch hole notch placed on the far left side of the display on the top. The notch is home to the phone’s front camera. All of this is nothing out of the ordinary when it comes to the front of most smartphones in this price range, but the back of the phone helps it stand out from the crowd.

The OnePlus Nord CE 2 5G dons glass on the back, giving it a very premium look and feel. We received the Bahama Blue colour variant which is basically light/ sky blue. There is no colour gradient which we are kind of happy about simply because colour gradients are a little more 2019-2020 and a design trend we think deserves to stay there. Owing to the glass, the back of the OnePlus Nord CE 2 5G is quite a fingerprint and smudge magnet and just holding the phone once makes it all messy. The glass is also very reflective and has ample shine which comes through even when the phone is covered in fingerprints.

Taking a page out of Samsung’s A series design book

But what really separates the phone from the usual crowd is the contoured camera unit. There is a rectangular camera unit on the top left side of the back but unlike most other camera units on smartphones that have a sharp bumped up rise, the edges of the camera unit on the OnePlus Nord CE 2 5G are pretty much blended into the rest of the back. Reminds us of Samsung’s A series but with a coating of reflective glass.

There are two big sized lenses in that rectangular camera unit while a tiny lens and LED flash sit right next to the big ones. There is a OnePlus logo bang in the middle of the back in black while the rest of it is plain. That is pretty much it when it comes to following the latest trends for the OnePlus Nord CE 2 5G. The flat back and the flat edges fashion is yet to come on a OnePlus which means the phone brings a back that curves on the sides paired with rounded sides. The sides are the same shade as the back but have a metallic touch to it, making the frame metallic light blue in colour.

The phone’s left side carries the volume buttons and the dual SIM card tray while the right side is home to the power/lock button. This is also the first phone from OnePlus to come with the option to expand storage. The phone even has a dedicated microSD card slot in there along with SIM card slots. The top of the phone is bare, while the base holds the 3.5 mm audio jack (an element still alive on this OnePlus phone), the USB Type C port and the speaker grille.

While the curves of the back give it a very familiar hand feel, the smoothness of the glass makes it slightly slippery to hold and use. We would advise you to use it carefully if you have particularly sweaty hands because it will slip out quite easily. The OnePlus Nord CE 2 5G is quite slim at 7.8 mm and at 173 grams the phone does not feel heavy either. While these two factors make it pretty easy to hold and use for prolonged periods, the phone is 160.6 mm tall and 73.2 mm wide, making it strictly two phone hand business.

There is no second-guessing the fact that the OnePlus Nord CE 2 5G looks good but the phone actually punches well above its price weight in design terms and can easily walk into the premium smartphone crowd and be at home there.

…That are not backed by too powerful specs

The Nord CE as the name suggests is supposed to deliver Core smartphone experience at a relatively affordable price, but the specs of the phone are not quite in sync with that idea. Do not get us wrong, the phone has a decent spec sheet but nothing there will make you go wow.
The phone has a tall, 6.43 inch AMOLED full HD+ display with a 90 Hz refresh rate. While the 90 Hz refresh rate is a step above the basic 60 Hz refresh rate, there are phones with 120 Hz refresh rate available at same or even lower prices. The display is also home to an in–display fingerprint scanner. We are all for physical fingerprint scanners that are making a comeback on the side of smartphones but this seems to be doing okay so far too. The front is protected by Corning Glass 5.

Powering the OnePlus Nord CE 2 5G is the MediaTek Dimensity 900 which is strictly mid-segment and might turn out to be a headache for the new OnePlus considering devices powered by MediaTek Dimesity 1200 lurk in the vicinity.

The chip is paired with 8 GB RAM and 128 GB storage. There is a 6 GB/ 128 GB variant of the phone available as well. As it comes with the option to expand storage, you can use a MicroSD card, you can take up the storage all the way up to 1 TB.

The triple camera setup on the phone’s back is led by a 64-megapixel main sensor and is backed by an 8-megapixel ultrawide sensor and a 2-megapixel macro sensor. In the best OnePlus tradition, there is a 16-megapixel sensor on the front.
It is backed by a 4,500 mAh battery which comes with support for a 65 W SuperVooC charge. There is a 65W charger in the box. The phone brings 5G connectivity to the table as well.

The OnePlus Nord CE 2 5G misses out in a few spec departments. First, the phone does not bring stereo speakers which is likely to hit its multimedia performance because let’s face it, no matter how clear or loud the sound maybe, a single speaker is unlikely to have the same immersive effect that stereo speakers have. Then there is no dust and water resistance on the phone which is not unusual for OnePlus devices, but we still would have liked some resistance considering many competing devices have it. But the biggest flaw in this spec sheet comes in the UI department– the smartphone runs on Android 11 which is topped with OxygenOS 11. Both are a disappointment considering both updates have been delivered to the OnePlus 9 series devices.

The spec sheet of the OnePlus Nord CE 2 5G does not suggest that it is the most value for money device in the market and might actually disappoint some, but hopefully, the phone will perform better than the numbers suggest it would.

Needs to rise above the Core

At the starting price of Rs. 23,999, the phone actually finds itself surrounded by some stiff competition. Leading the challengers is Xiaomi’s recently launched Xiaomi 11i, which comes with a larger 5,000 mAh battery, a 108-megapixel camera and a Dimensity 920 processor. Those willing to spend slightly more will also be tempted by the likes of the Realme GT and the Poco F3 GT, both of which come with Dimensity 1200 chips, and very eye-catching designs. At the end of the day, a lot is going to depend on how well the OnePlus Nord CE 2 5G actually performs. It has the looks, but with those specs, needs to deliver more than just a core experience to make it big in the category. 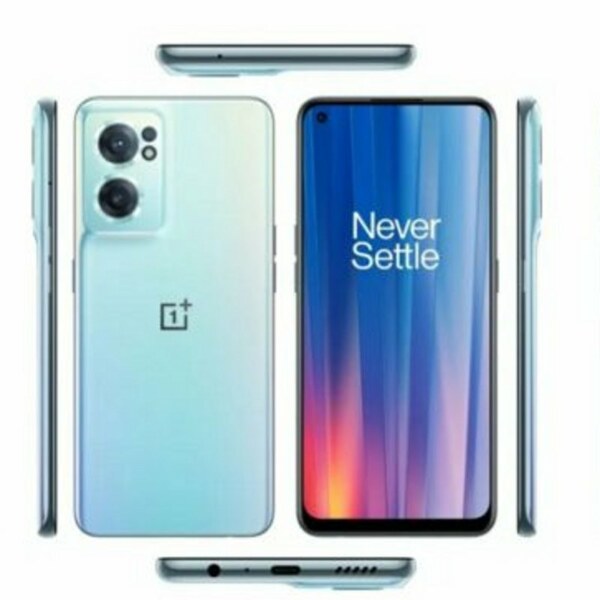