This is the first phone of Karbonn to come with Mediatek's octa core processor as well as with the latest Android KitKat operating system. 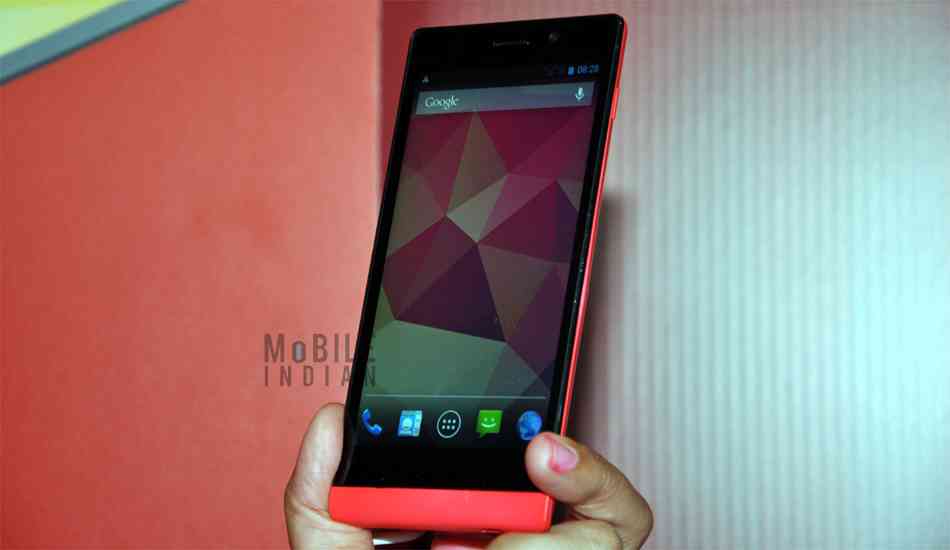 At the launch event in New Delhi yesterday, we had used the Karbonn Titanium Octane for a breif period and here is our first impression of the phone.

To start with, at the launch event, Karbonn showcased the red colour Titanium Octane and calling it an eye-ball grabber would not be an exaggeration. Unlike the other two new Karbonn handsets, the Titanium Octane has a curved bottom panel while the side panels have enough thickness for a comfortable holding. The rear panel has a very smooth matte finish which gives an extremely good grip. The matte finish does not hamper its looks and is not a fingerprint magnet. It does not get scratches easily as well. 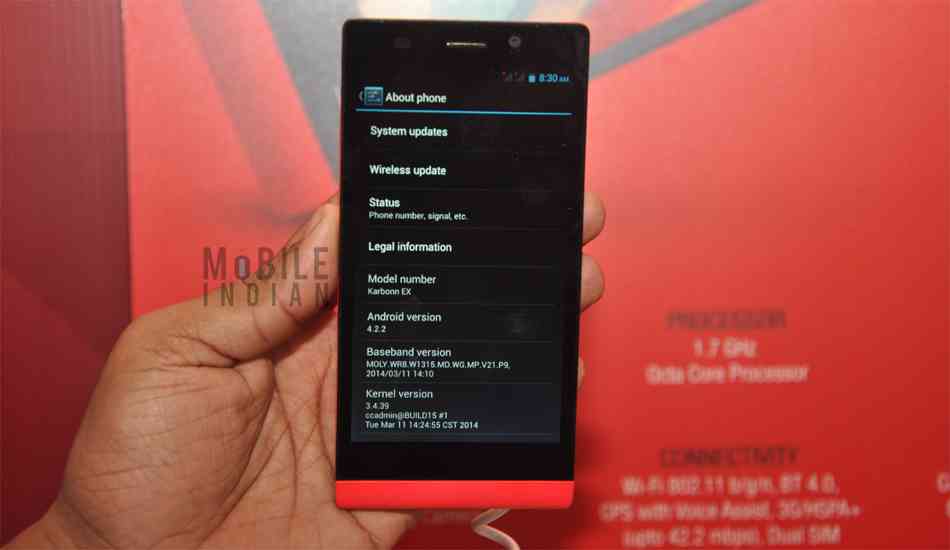 The phone measures 145.7 x 71.2 x 7.9 mm (height, width, thickness). Though Karbonn has not revealed its exact weight, the phone felt a lot lighter. The key placement is also decent with the power button in the right top side, 3.5 mm jack at the top, and volume rocker on the left hand side, and the micro USB port at the bottom. Below its display, there are three on-screen soft buttons – Home, Return, Setting – as well.

In the unit, which we saw at the launch event, the back panel was a little bit loose towards the bottom but that was a demo unit and a spokesperson of the company said that the retail unit will be free from any such issue.

The Karbonn Titanium Octane comes with a 5 inch touchscreen. This display has high definition (1280×720 pixels) resolution which makes it a decent display. This display is said to be an IPS screen and it does have decent viewing angle. Touch response was quite smooth. The on screen buttons though were not that responsive but remember that the unit was a demo unit and hence we expect the retail one would not have any such issue. 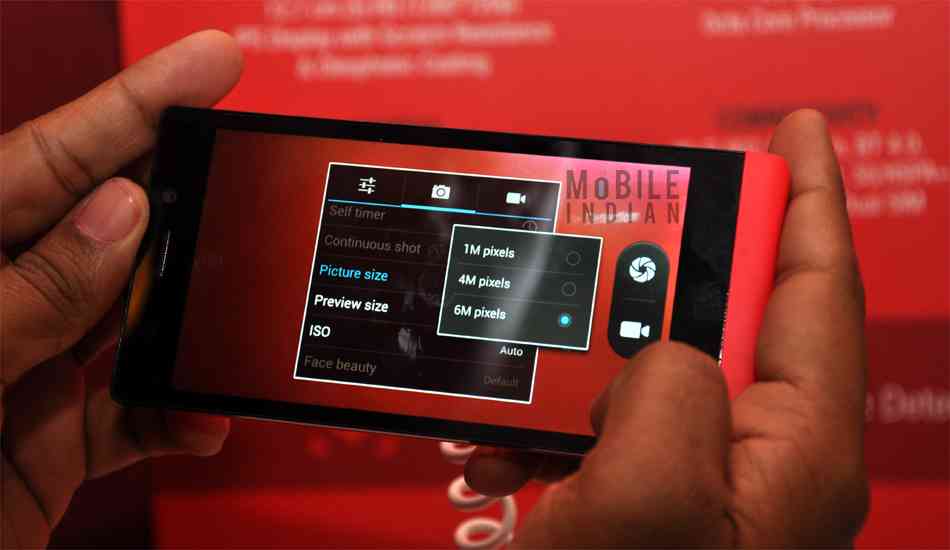 In auto brightness mode, the phone’s display looked quite bright indoors but we will talk more about its sunlight legibility during its in-depth review later.

The Karbonn Titanium Octane comes with a 13 megapixel auto focus rear camera. There is an LED flash in the back panel as well for low lighting photography as well. Besides, the Titanium Octane also has a front 5 megapixel camera. The camera looked much better than many of its competitors, especially in low light. The front camera is also quite good and is able to capture colours as they are. But a verdict regarding the cameras cannot be announced before its in-depth review which we will do later. 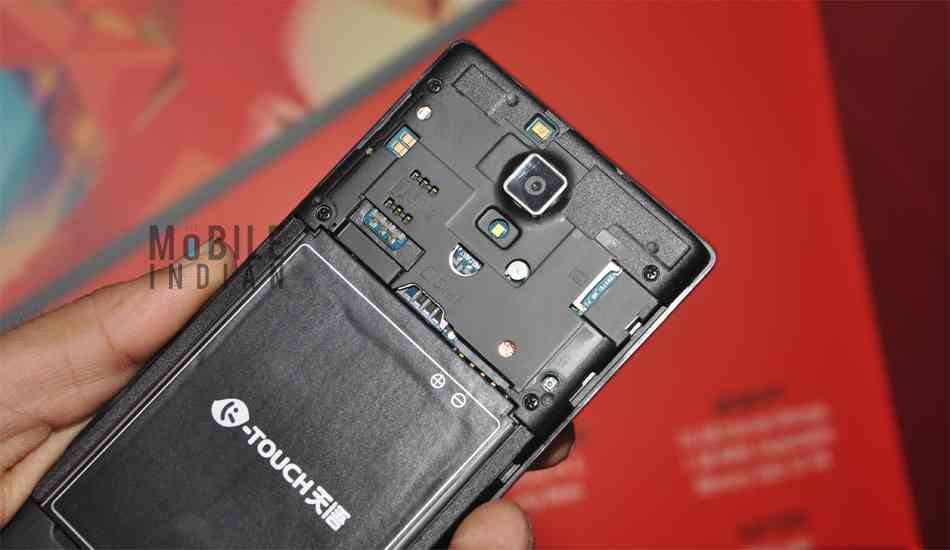 In terms of storage, the Karbonn Titanium Octane is an outright winner with 16 GB internal storage and an expandable storage slot that can accommodate up to a 32 GB micro SD card.

The Karbonn Titanium Octane comes with the 1.7 GHz Mediatek MT6592 octa core processor. There is 1 GB RAM in the handset as well. But most importantly, the phone comes with the latest Android KitKat operating system. With this combination, the phone is expected to be quite fast. During our short interaction, the phone managed to boot up and switch between applications without any delay. However, note that the display units are demo ones and only during in-depth review its mettle can be gauged. But prima facie it looks like a powerful smartphone. 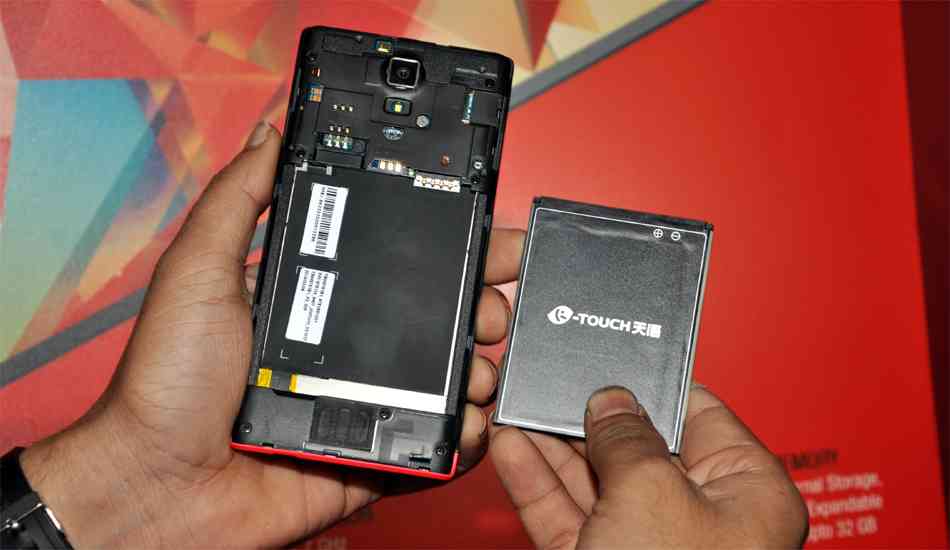 The Karbonn Titanium Octane comes with a 2000 mAh Li-Ion battery. Karbonn has not revealed its back up but from our experience we can only assume that this battery would be just enough but would not give much better batter back up than its competitors. However, this is our guess only and we can only say this for sure once we had the unit in our hands for a thorough review.

The Karbonn Titanium Octane at Rs 14,490 is the cheapest octa core phone in the market. Morevoer, it has the latest Android KitKat operating system which is not even available for many high end phones, leave along the budget ones. Moreover, it has better features than most Android handsets like 16 GB internal storage, 32 GB micro SD card slot, 13 megapixel rear camera etc. It has also the looks to impress young and old alike. Stay tuned for a detailed review of the Karbonn Titanium Octane.