With the launch of Android 4.0 the Indian market has seen the launch of Ice Cream Sandwich low cost tablets from almost every known brand. Recently, iBerry, an affordable-Android tablet brand, announced iBerry Auxus AX02 tablet based on ICS. This is the company’s fourth Android tablet. 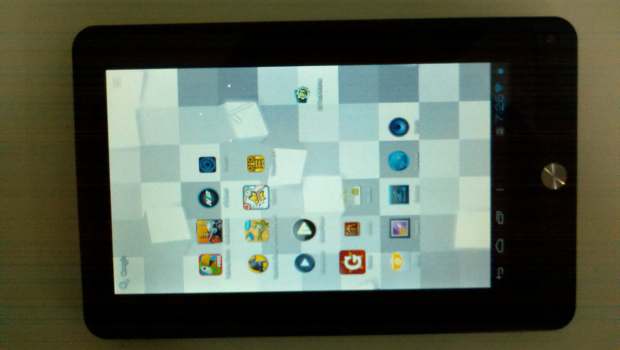 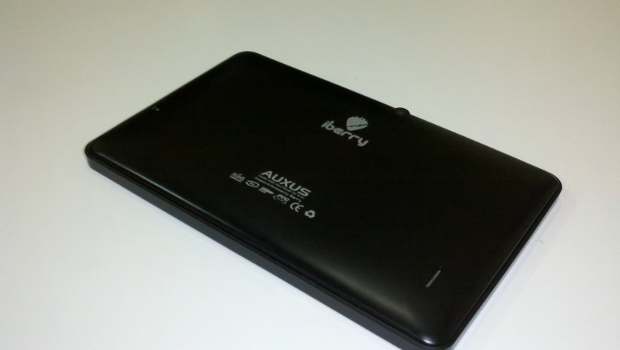 We got the device in our test center and here’s what we have to say about it.

The adoption of Ice Cream Sandwich operating system for devices has done one wonderful thing for devices, and that is the removal of hardware keys for giving a nice clean front to devices. When it comes to 7 inch tablets there isn’t much that designers can do to make their device look different. The iBerry Auxus AX02 comes in carbon graphite colour, which looks great and gives a very bold and professional appearance to the device. Another good thing about the design is that the surface has been given a matte finish, which guards against fingerprints and minor scratches. 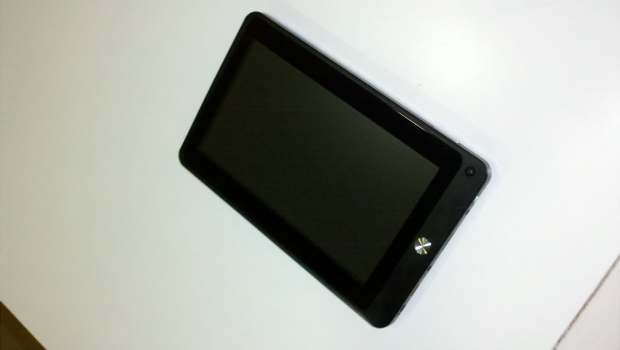 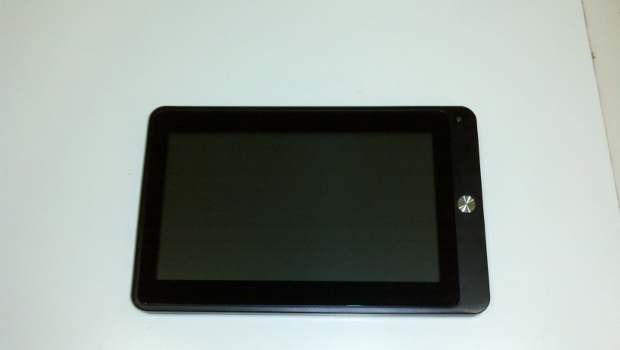 The body is made of poly carbonate plastic that gives it strength and makes it lightweight too. Just like the Nokia Lumia range of devices the plastic used to make the casing of the tablet is of a single colour throughout, so even after months of use it will not show signs of fading. Also, the company has provided a soft microfiber cloth sleeve with the tablet, which is zero in terms of protection from falls, but can help protect the device from dust and scratches while it is kept on the table.

The design of the device is very similar to any other 7 inch tablet out there. But the device is without doubt slim and lightweight, making it easier to hold and carry for longer periods. The device just features a single home screen button and keeping in mind the weather in India, the keys have a brushed metal finish that looks great and is very useful too. 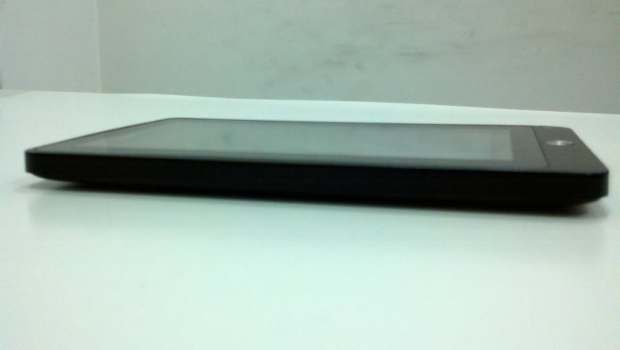 The display utilises capacitive touch technology and therefore there is no recession in the screen bevel. The front of the device has a flush and even finish. The volume rocker keys have been placed on the lower right side of the device keeping in mind ease of use, which is very important for a device with a big screen. 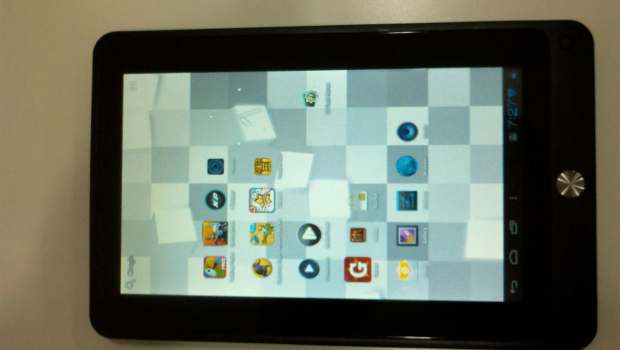 The ports, connectors and power button are right at the bottom of the device so that the looks of the device are not spoilt, plus it also makes the device easy to use while charging.

The display is a standard 7 inch one with 800 x 480 pixel resolution, but its pixel density is on the high side and that allows users to read even the smallest fonts with ease. In terms of colour reproduction the display is great and quite vibrant but the brightness is not impressive. Although in normal conditions the display is fine, against bright light the display picture quickly becomes hard to see. 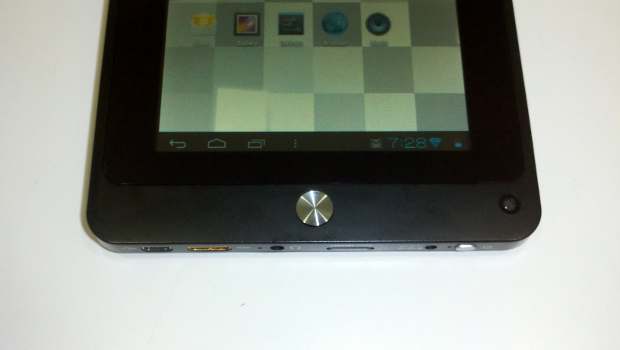 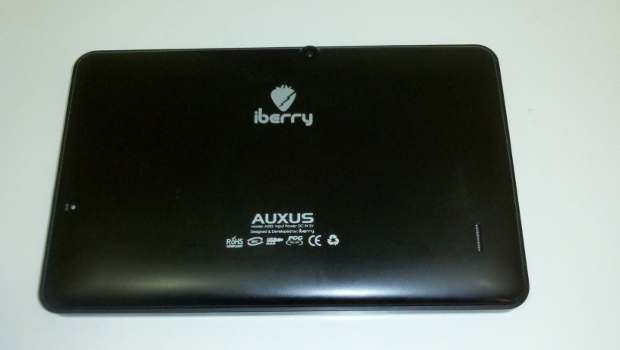 The capacitive touch supported by the device is truly five point. This is especially useful for action games. We had no issues playing Temple Run and completing 2,000 meters in the first few tries. Touch is in general quite responsive and very accurate, making it particularly easy to select links while browsing. 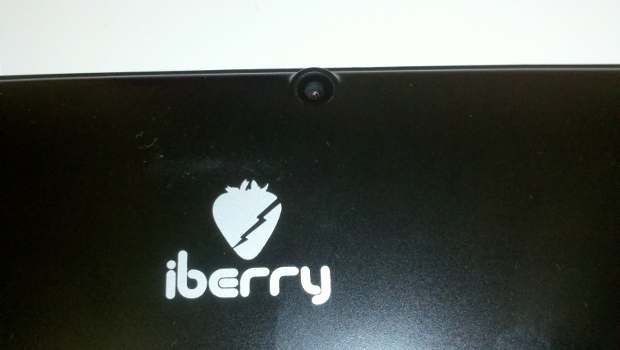 The tablet’s CPU is capable of a clock speed of up to 1.5 GHz, but clock speed has been kept low for stable operation. During the course of review, which is more than ten days of heavy application and game usage, the device hardly froze. One thing to be mentioned here is that the CPU tends to tire under a lot of temperature and we did notice the tablet slowing after 1.5 hours of continuous graphic intensive gaming at around 35 degrees C ambient temperature.

For internet connectivity the device features WiFi and USB cellular dongles. WiFi is speedy. 3G speeds are decent while 2G is better. There is a mini USB port, and a female mini USB to male USB connector is provided in the box for connecting pen drives and cellular dongles. 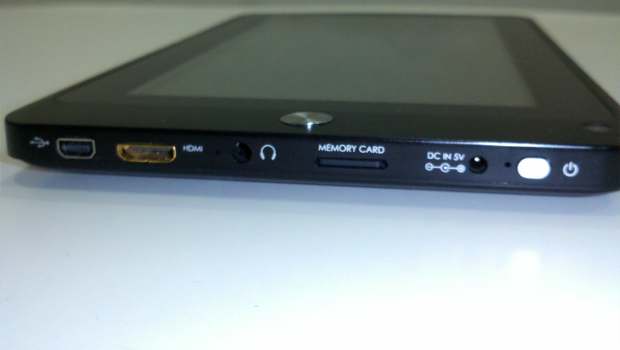 Apart from that the AX02 features USB 2.0 connectivity. The onboard HDMI is a great addition and is capable of playing 1080p resolution videos on a bigger screen, though users will have to buy an HDMI cable separately.

The device supports most audio and video codecs natively, plus users can easily download applications from the Android marketplace. The device features 4 GB of internal memory, which can be expanded up to 32 GB via SDHC cards. 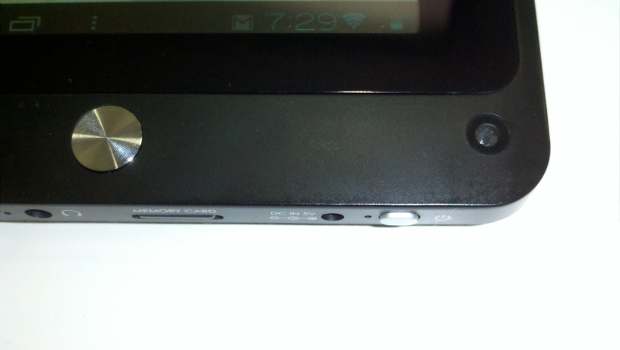 AX02 features a 0.3 megapixel front facing camera that is good enough for video conferencing and that’s about it. At the rear there’s a 2 megapixel camera, which is better than the front facing one and can record VGA resolution videos as well. The quality of the camera is good in bright to medium light conditions while in low light the camera automatically adjusts the shutter speed to compensate for brightness loss, but the low resolution really kicks in, making it useless for taking pictures and videos alike. Ultimately, it works as a camera for occasional snapping and nothing beyond that.

Battery life on the iBerry Auxus AX02 is one of its major advantages. Under nominal usage the tablet lasts for 1 to 1.5 days with occasional gaming and net browsing over WiFi. 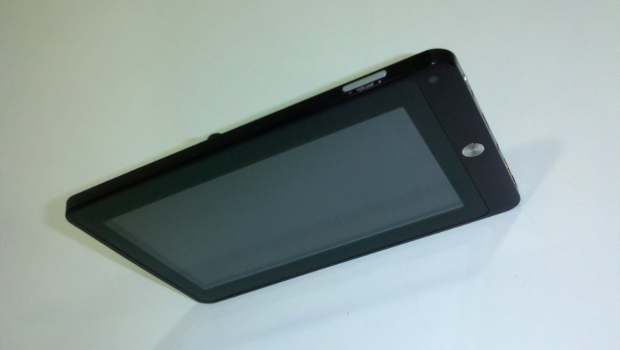 3G usage though has adverse effects on the battery and reduces battery backup considerably as power from the battery is used to power the device also. Overall, the 4000 mAh battery pack has enough juice to put this device in the good battery backup category.

Although the iBerry Auxus in contrast with other affordable Android tablets like Buzz, Micromax and HCL is on the more expensive side, it has its own set of advantages. First the 1 GB RAM, in comparison to 512 MB offered by most brands, comes in real handy, adding better performance to this tablet. Along with that a bigger battery pack and under powered processor add to better battery life too. 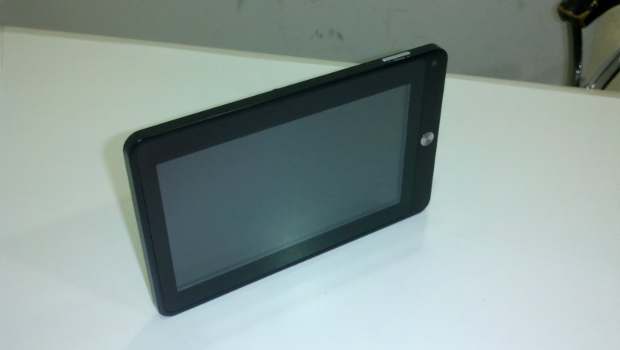 Although its display is not as bright as others’, at the end of the day the overall package that is offered by the iBerry Auxus is great and worth paying the price of Rs 10,000 for. The device comes with doorstep warranty for a whole year.