Bose SoundLink Color Review: One of the best Bluetooth speakers under Rs 12,000 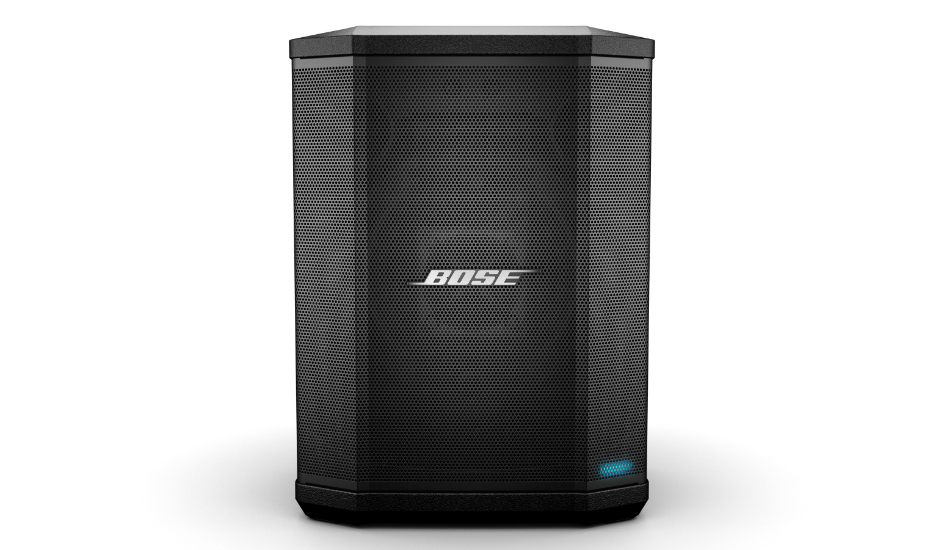 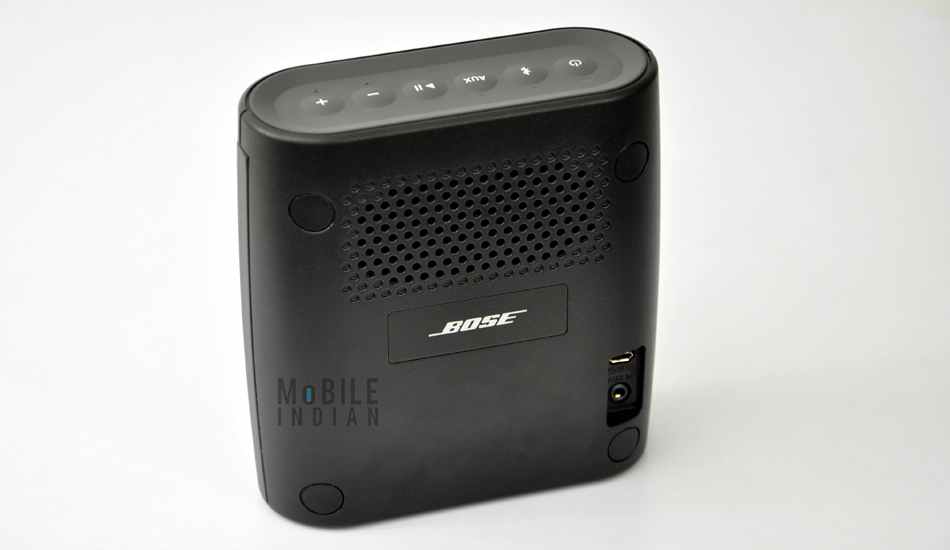 But the biggest issue with most Bluetooth speakers is that they are too bulky for a portable device and those which are portable do not offer the kind of desired output. When I received the SoundLink Color, I was not that enthusiastic either looking at its box (its a bit big). However, the moment I laid my hands on the actual speaker, I was astonished how compact and lightweight it was. It is very much portable thanks to its compact profile â€“ the speaker weighs just 0.057 grams, is 5.3 inch tall, 3 inch wide and 2.1 inch thick. Ofcourse you can’t keep in pockets but in handbags or in a backpack it can be easily kept.

The speaker comes with a fixed battery so it is truly mobile (many need a charger to operate) and the wall charger has a pretty big cord (1.5 meter) too. A special carry case too is available but you have to shell out some extra cash to get that one.

Coming to the speaker, the Soundlink Colour has a small sub-woofer on it back side while the main speaker is in its front. Four small rubber pillars are at the bottom of the speaker to keep it steady on the surface while a rubber band run around its sides and the bottom panel that makes it easy to hold it. The upper panel has all the switches â€“ power, Bluetooth, Aux, play/pause, volume down, and volume up. LED indicators are placed above the power and Bluetooth keys to let the users know about their status. The micro USB power cable and the Aux port are located below the sub-woofer in the back side. 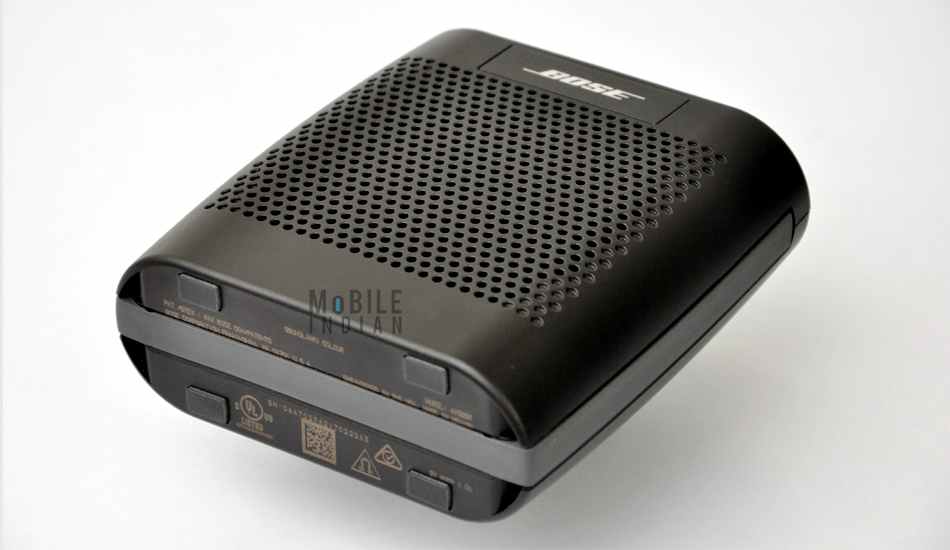 What’s more, it is available in attractive Blue, Mint, Red, Black and White colours. You can use any USB charger to charge it as well. While charging if the battery LED glows in Amber, it means the battery is charging while red means that the speaker is low on charge. Upon fully charged, it will glow in green. 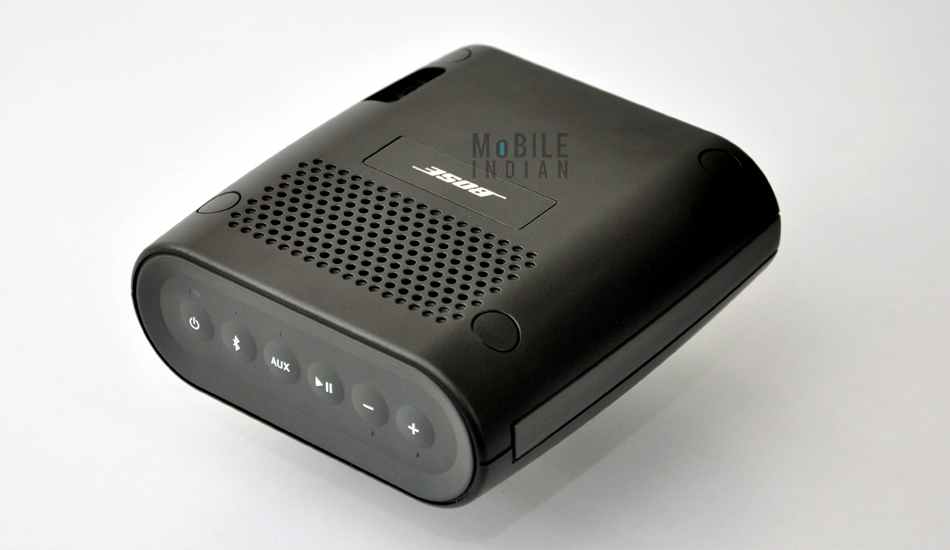 The voice prompt comes to rescue while connecting to Bluetooth devices as well; it reads out the identity of the devices to be linked with the speaker. You can switch off the voice prompts by pressing and holding the volume up and down buttons together till you hear a confirmation of the same.

Bose SoundLink Color can either be linked to your device (mobile, tablet, PC, Laptop) either via Bluetooth or via an Aux cable. To connect it via Bluetooth, first you need to turn on your device’s Bluetooth; after that just switch on the speaker and press the Bluetooth key. The LED indicator above the Bluetooth button will blink in blue suggesting that it is ready to pair. A voice prompt will tell you the same as well. Now, you just have to select “Bose SoundLink Colour” on your device’s Bluetooth segment to let them pair; the voice prompt will confirm the same too. 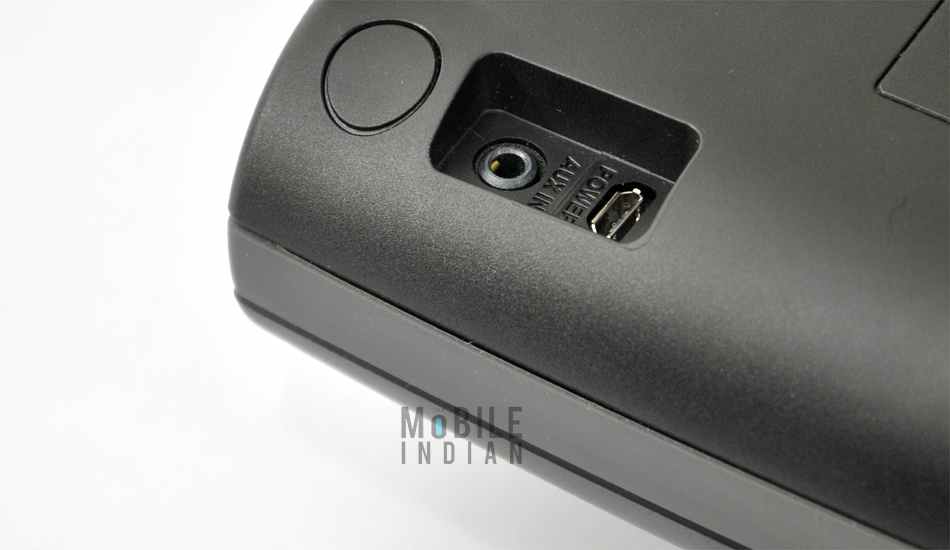 Now the comes the big part â€“ the speaker’s sound output. The small size initially made us apprehensive about the speaker’s output but all our doubts vanished the moment we switched it on.
Despite the small woofer, the SoundLink Color of Bose is perfectly able to create the deep bass which the users always desire. However, for better bass output, you should keep the speaker with its sub-woofer (the back side) facing a wall. 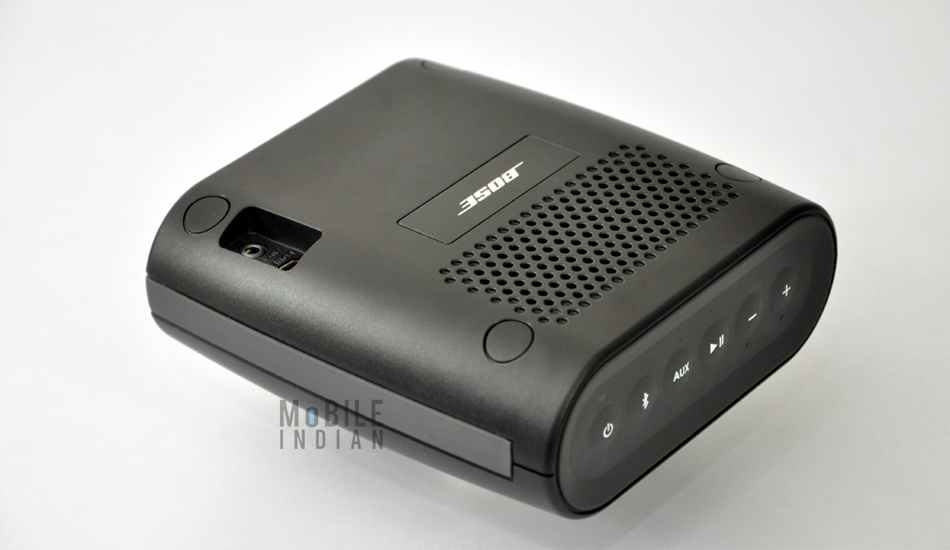 Apart from the deep bass, the SoundLink Colour also doesn’t miss out on the subtle notes which often get missed in cheap speakers.

At full volume, there is a bit of distortion but that is the case with most speakers. Its better to increase the volume from the device’s end while keeping the volume of the speaker in the mid range which will result in a quality sound. You could even get a quality sound at very high volume but just a bit lower than the extreme.

There is no information about the size of the battery of the Bose SoundLink Colour. However, it offered us about eight hours of back up as claimed by Bose. 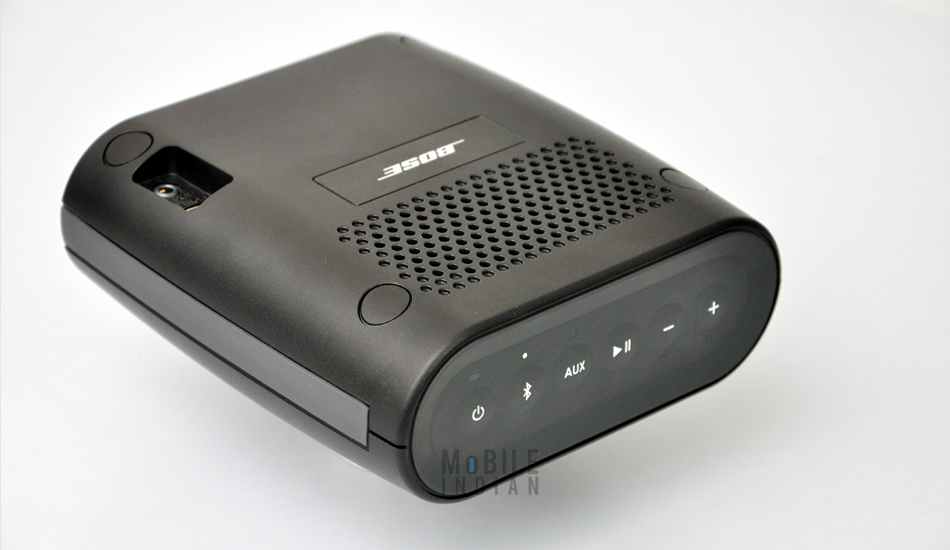 The standby is even better; it can hold onto charge for days together.

The speaker has to be kept within a distance of 30 feet from the source which is pretty normal, though solid objects like walls do cause a bit of interference.

Off late, the speakers have become quite big in size while the cheap portable speakers are often lack quality. The Bose SoundLink Color however not only quite compact and light but also it continues the legacy of Bose of offering true sound without any distortion. It has however no Aux cable nor it comes with a carry case. Also, it doesn't double up as handsfree. Despite these few shortcomings, the Bose SoundLink Color seems a pretty good Bluetooth speaker at Rs 11,138.