10.or D First Impressions: Is it a worthy competitor of Xiaomi Redmi 5A?

We got the chance to use the device for a brief time and here is our first impressions of 10.or D.

10.or (pronounced Tenor), a new brand from Amazon under its latest programme ‘Crafted for Amazon’, has announced a new budget-centric smartphone, D, in India. The device comes with a price tag of Rs 4,999 for the 2GB RAM and 16GB storage option, while the 3GB RAM variant is priced at Rs 5,999.

With this, Amazon is trying to foray into smartphone market without taking up the full ownership of the smartphone itself. The phones are manufactured by Longcheer, while the 10.or E and 10.or G were developed by Huaqin Technology. The company says that it wants to provide products to cater local customer demand. But with the latest budget-centric smartphone, will it be able to create an impact in the highly-competitive budget segment? We got the chance to use the device for a brief time and here is our first impressions of 10.or D.

To start with the design first, the smartphone looks like just another smartphone available on the market. This means you get a polycarbonate unibody, which does not feel cheap when you hold it. Further, the brand has added anti-fingerprint coating at the front, which should keep it smudge free. We liked the fact that the company has added a fingerprint sensor, especially at this price point, as not many smartphones are available with this feature. 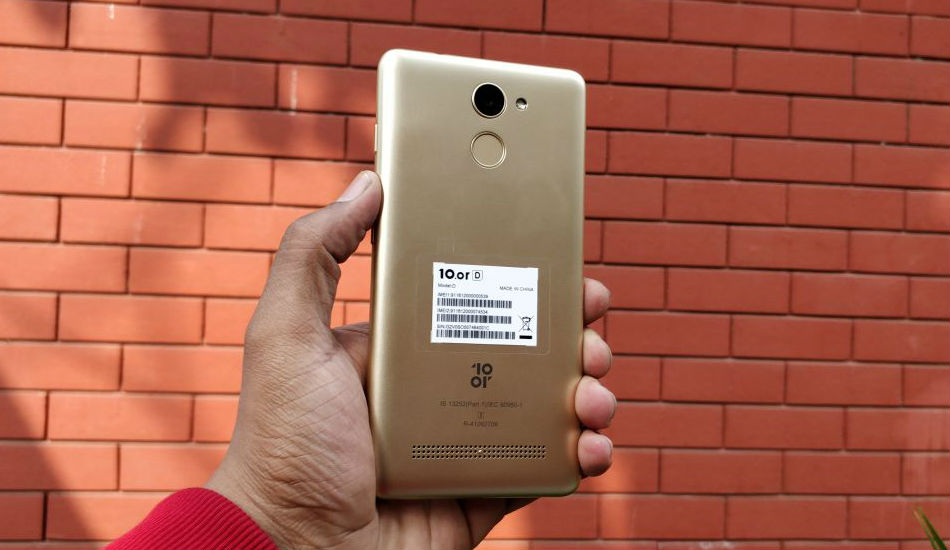 Talking about some key design aesthetics, the screen comes with some thick bezels around the display. The front-facing camera is at the top along with earpiece, while the navigation controls are on-screen. The right houses a power on/off button and volume controls, while the left sports dual-SIM and a dedicated microSD card slot. At the top, you will find a headphone jack, while at the base, there is micro USB port. At the back, there is a primary camera and just beneath it, you will find fingerprint sensor. At the base of the back panel, lies the speaker grille. That said, the smartphone does look good and it will surely give tough competition to the Xiaomi Redmi 5A in terms of design. 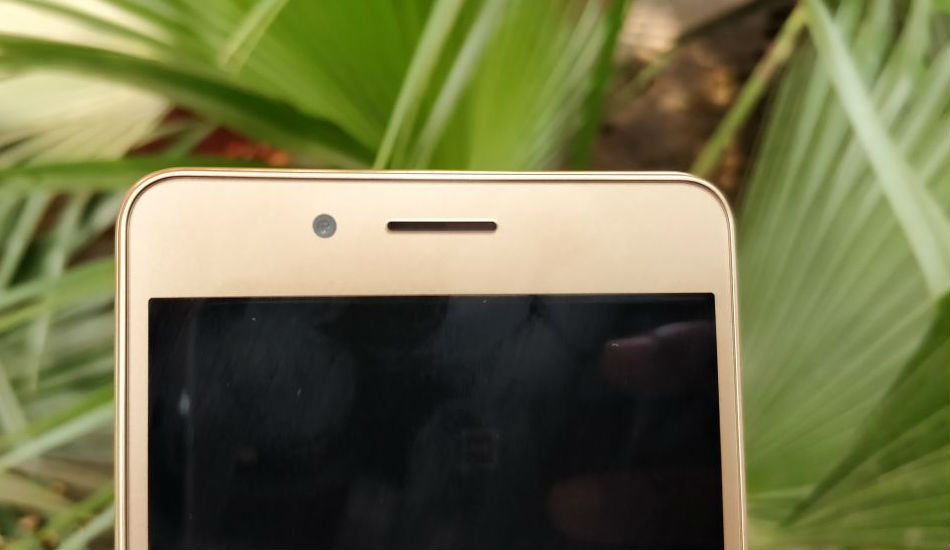 Coming to the display, the phone sports a 5.2-inch HD screen with a resolution of 1280 x 720 pixels. The device also comes with anti-fingerprint coating, though still there some noticeable smudges on the screen. The display looks good as well and it comes with some interesting viewing angles. We will talk more about this in our upcoming review.

Coming to hardware specifications, the 10.or D is powered by a 1.4GHz Qualcomm Snapdragon 425 processor along with Adreno 308 GPU. The device comes in two configurations: 2GB RAM + 16GB storage and 3GB RAM + 32GB storage. This is where it gets interesting. The brand has priced has the phone at a very competitive price and it is in direct competition with the Xiaomi Redmi 5A. The phone gives a neck-on-neck competition to Xiaomi’s budget-centric smartphone as both of them sports almost similar specifications. However, Xiaomi has a strong channel of after-sales support, but same cannot be said for 10.or. 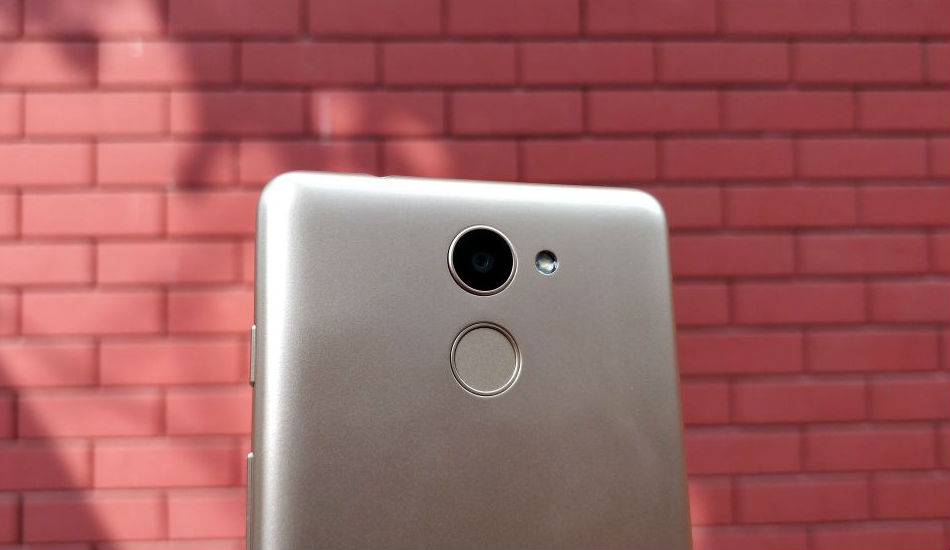 Amazon has decided to keep the stock Android experience for the 10.or brand. And same is the case with 10.or D. The smartphone runs on Android 7.1.2 Nougat and it comes with minimal bloatware. The apps you will find is the host of Amazon apps that can be easily accessed via single sign-in method after booting for the first time. However, it would be interesting to see whether the smartphone is able to perform well or not.

On the camera front, the 10.or D sports a 13-megapixel rear camera with LED flash, while there is a 5-megapixel selfie camera on its front. The camera UI is pretty simple and you different Scene mode including Auto, HDR, Portrait, Landscape, Flowers and some general filters to play with. 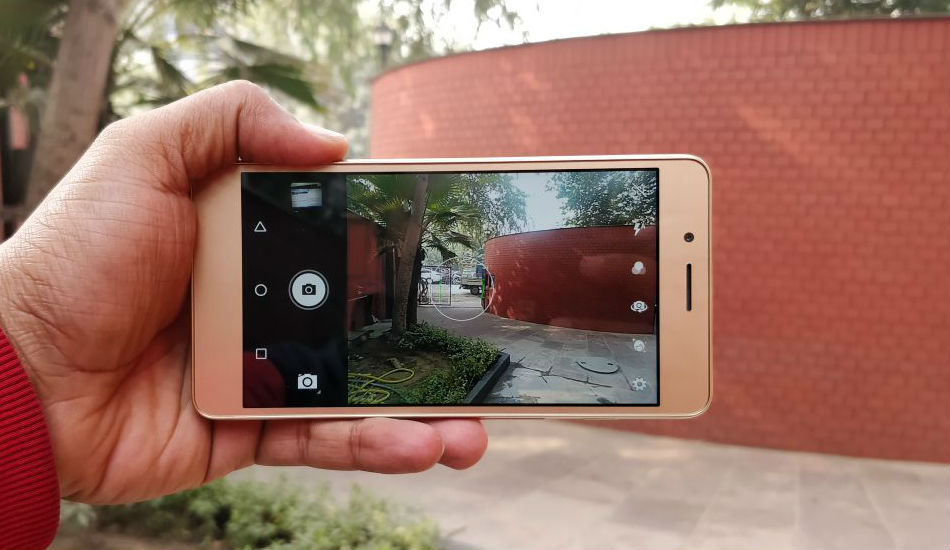 The performance of the cameras seems to be pretty much average as one can find certain yellowish hue in the pictures. The front camera does an average job as well and it seems that camera is not the strongest point of this smartphone.

The 10.or D is backed by a 3500mAh Li-polymer battery that the company claims to deliver up to 70 hours of MP3 playback time, up to 25 hours of talk time and up to 10 hours on the internet. On the connectivity front, it supports 4G, Bluetooth, WiFi, dual-SIM, GPS, micro SD card slot and micro USB port.

To wrap up, the 10.or D looks a pretty interesting device as it the value for money proposition for the customers and it seems to be a worthy contender of the Xiaomi Redmi 5A which too has a 2 GB and 3 GB models at Rs 4,999 and Rs 5,999 respectively. So, stay tuned for a detailed review of 10.or D to know whether it is a worthy option to consider or not.