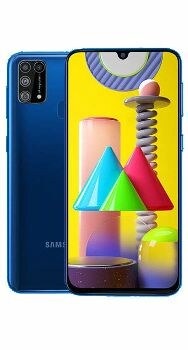 Samsung Galaxy M31 features a 6.4-inch FHD+ Super AMOLED Infinity-U display with 1080 x 2340 pixels resolution. Under the hood, the phone will be powered by the Exynos 9611 octa-core SoC, coupled with 6GB RAM and either 64GB or 128GB of onboard storage. Additionally, you will also be able to expand the storage via a dedicated microSD card by up to 512GB.

The phone has a massive 6000mAh battery with 15W charging support and it runs on Android 10 which is based on OneUI 2.0. It also supports fingerprint sensor at the back and face unlock feature.