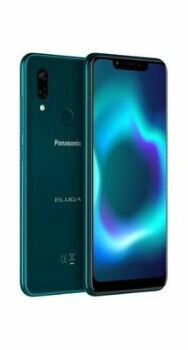 The Eluga Ray 810 features a 6.2-inch HD+ display with a screen resolution of 720 x 1500 pixels. It’s powered by an octa-core MediaTek Helio P22 processor that clocks in at 2Ghz and is paired with 4GB of RAM and 64GB of onboard storage. The device packs in a 4,000mAh battery and runs on Android 9 Pie OS. The phone also comes with an option to expand the storage up to 128GB via microSD card.

On the camera front, it has a dual-rear camera setup with 16-megapixel as the primary sensor and a 2-megapixel secondary sensor along with LED with Flash. On the front, the smartphone employs another 16-megapixel selfie sensor alongside an LED flash. Further, the device comes with ARBO Hub AI support and has a rear-mounted fingerprint sensor. Connectivity options include VoLTE, MicroUSB port, GPS with A-GPS, GLONASS and 3.5mm headphone jack. The phone weighs 158 grams.