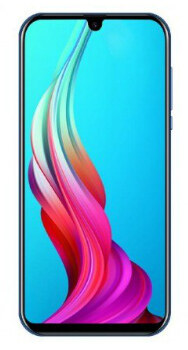 Coolpad Cool 3 Plus is backed by a 5.71-inch HD+ display with a screen resolution of 1520 x 720 pixels. The smartphone is powered by an octa-core MediaTek Helio A22 chipset. The handset is backed by a 2GB/3GB RAM and 16GB/32GB of internal storage. The memory can be further expanded up to 128GB via microSD card slot.

On the camera front, the Coolpad Cool 3 Plus is equipped with a 13-megapixel rear camera with LED flash. For the front, there is an 8-megapixel shooter for selfies and video calling. The smartphone runs on Android 9.0 Pie and it is backed by a 3,000mAh battery. The smartphone features a fingerprint sensor at the rear panel and also comes loaded with face unlock feature. On the connectivity front, it supports 4G VoLTE, Bluetooth, WiFi, GPS, GLONASS, OTG support, dual-SIM and a micro USB port.