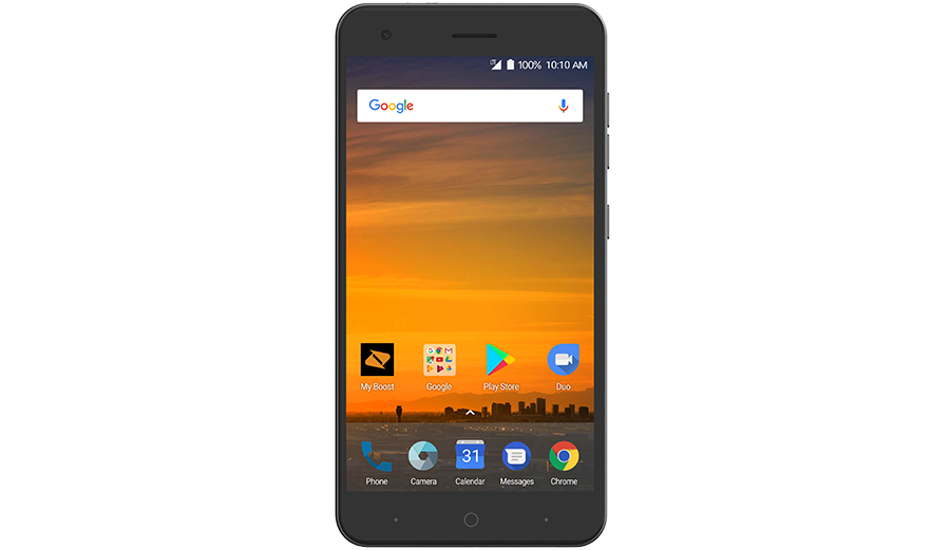 The phone has a 8-megapixel rear camera and a 2-megapixel front-facing camera for selfies.

ZTE has announced its new smartphone in the US, which is named as ZTE Blade Force. The smartphone is priced at $130 and is available exclusively for sale through Boost Mobile.

ZTE Blade Force features a 5.5-inch (720 x 1280 pixel) display. It comes with the 1.4 GHz quad-core Qualcomm Snapdragon 430 processor, which is paired with Adreno 306 GPU and 2GB RAM. The smartphone runs on Android 7.1.1 Nougat operating system out of the box and is backed by a 3000 mAh battery which claims to offer up to 23.5 hours of talk time.

The ZTE Blade Force comes with 16GB of internal storage, which can be further expandable memory of 128GB via a micro SD card. The phone has an 8-megapixel rear camera and a 2-megapixel front-facing camera for selfies. Besides, the phone offers 4G LTE, WiFi (802.11 ac/b/g/n), Bluetooth 4.2, GPS/AGPS, 3.5mm audio jack and micro USB port.