The smartphone is expected to launch in India by end of May 2017.

Zopo is reported to add another member to its Speed series with the launch Zopo Speed X smartphone in India. Just before the official launch, we now have some official renders of the upcoming smartphone along with some key information on the camera department. The smartphone is expected to launch in India by end of May 2017.
To start with the design, the official renders show that the device will come with a metal unibody design. The front has a minimum side bezel, and there are physical navigation buttons at the base, while the top sports front-facing camera coupled with an earpiece and most probably a LED flash. The back houses dual-camera setup along with LED flash and beneath it, you will see a square-shaped fingerprint sensor. At the base, there is a microUSB port flanked between speaker grille and headphone jack. 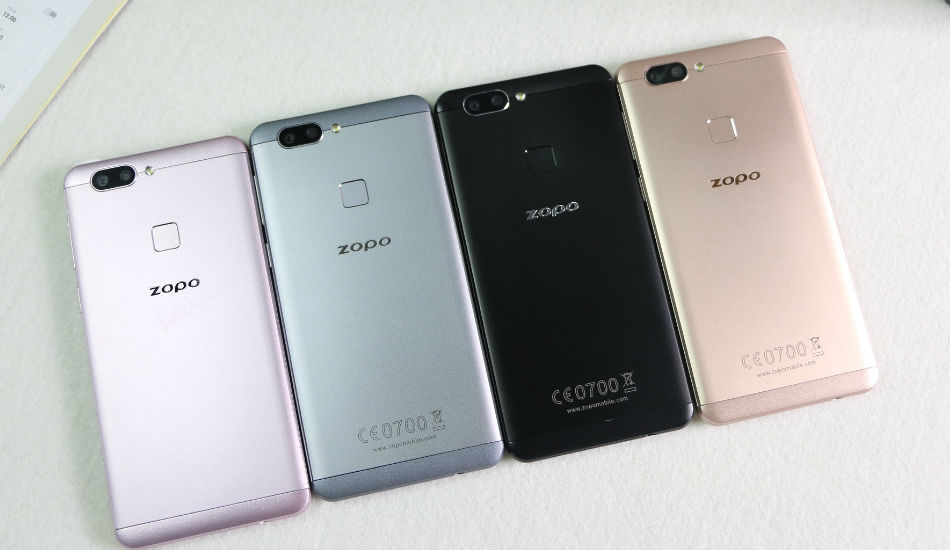 Coming to camera department, the dual-camera setup at the rear has a 13MP primary camera and a 2MP secondary camera that allows you to take pictures with bokeh effect. There are different modes as well including face beauty mode, timelapse mode, and much more. There is also a 13MP front camera with soft LED flash, which would help taking selfies in low light conditions.
However, little is known about the processor and other specifications of the upcoming, though one can guess that the smartphone will be available in Black, Blue, Gold and Rose Gold colour options.