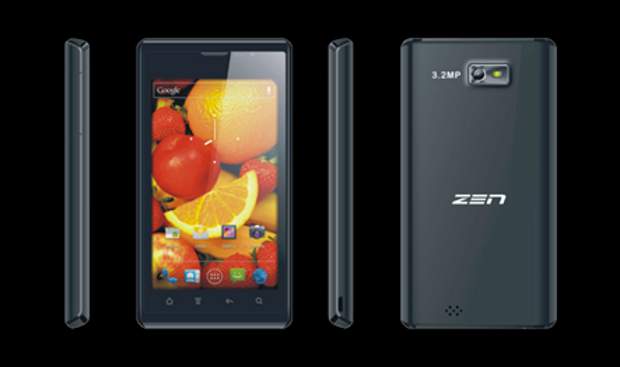 Zen Cinemax 2+ is available on Shopclues.

Zen Cinemax 2+ has a 5-inch IPS (800 x 480) display and is powered by a 1.3 GHz quad core processor which is coupled with 1GB of RAM. The dual SIM based smartphone runs on Android 5.1 Lollipop operating system and comes packed with a 2900 mAh Lithium-ion battery, which the company claims to offer up-to 7 hours of talk-time and upto 200 hours standby time.

The Zen Cinemax 2+ comes with 8GB of internal storage, which can be further expanded by upto 32GB via a micro SD card. The smartphone has a 5-megapixel rear camera with an LED flash. For selfies, the smartphone has a 3.2 megapixel camera is in its front.