Xolo One smartphone launched for Rs 6,599; upgradable to Android 5 Lollipop

The Xolo One comes in six colours and offers a leather finish back panel.

Xolo has launched an Android 4.4 based smartphone, named as Xolo One. As per its name, it seems like an Android One handset like the Spice Dream Uno, Micromax Canvas A1, and Karbonn Sparkle. However, it is merely a coincidence and not an Android One device as confirmed by a Xolo spokesperson to The Mobile Indian.

Nonetheless, Xolo is promising that the phone is upgradable to the latest Android 5.0 Lollipop operating system. The Xolo One is listed on the company’s webpage for Rs 6,599. 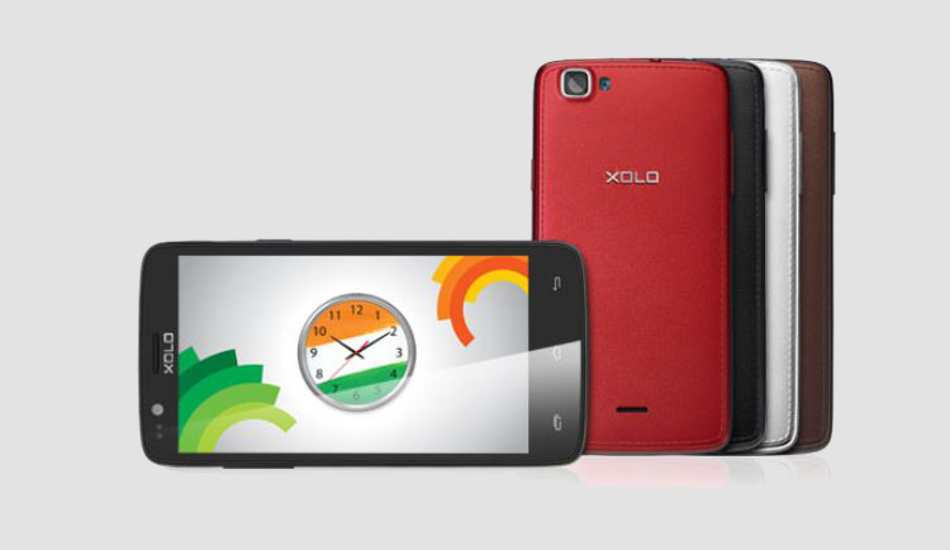 As per the listing, the Xolo One comes with leather finish back panel and is available in six vibrant colours. The handset measures 128 x 64.3 x 9.3 mm and comes with a 4.5 inch display. This IPS screen has 5 point touch support and has 480×854 pixels resolution.

The Xolo One runs on Android 4.4.2 KitKat operating system and is upgradable to Android 5.0 Lollipop. To run the operating system, the handset has a 1.3 GHz quad core processor, Mali 400 MP2 GPU, and 1 GB RAM. The phone has also decent 8 GB internal storage and a 32 GB micro SD card slot.

Besides, Xolo One comes with a 1700 mAh battery that promises 8 hours of 3G talktime. This handset has a 5 megapixel rear camera besides which lies an LED flash light. In the front it has a VGA camera. The cameras are of fixed focus in nature. The Xolo One has two SIM slots offering 3G connectivity, micro USB 2.0 port, Bluetooth 4.0, and WiFi.