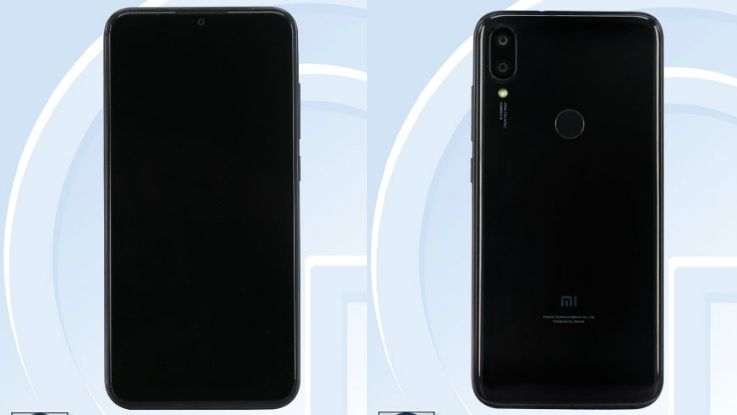 The back panel seems to be made of glass body and it features vertically-aligned dual rear cameras along with LED flash.

Xiaomi is reportedly working on a new smartphone that will feature a waterdrop notch. The upcoming device has been spotted on TENAA revealing its key design language.

The TENAA listing shows the phone from all angles. Starting with the front, one can see a waterdrop notch at the top of the screen and just above it is the earpiece, while the base comes with minimal bezels. The right of the device sports volume controls and power on/off button, while the left features dual-SIM slot.

The back panel seems to be made of glass body and it features vertically-aligned dual rear cameras along with LED flash. Just beneath it, one can see AI dual rear cameras written, which simply means that the upcoming phone will be loaded with some AI capabilities. Moving on, there is a fingerprint sensor located at the centre and MI branding is situated at the base. That said, it seems that Xiaomi has started following other manufacturers for providing a waterdrop notch on its upcoming smartphone. Finally, the listing reveals that the phone will feature a model number M1901F9T.

Meanwhile, Xiaomi has started rolling out MIUI 10 Stable ROM update for Redmi 3S, Redmi 3S Prime and Redmi 4 smartphones. The new update is currently rolling out the users in India as well and it brings Android 8.1 Oreo to the table. Xiaomi is rolling out MIUI 10 V10.1.1.0.NAMMIFI update and it weighs around 1392 MB. The MIUI 10 update for Redmi 3S/3S Prime comes with version number V10.1.1.0.MALMIFI and it weighs around 1.3GB.