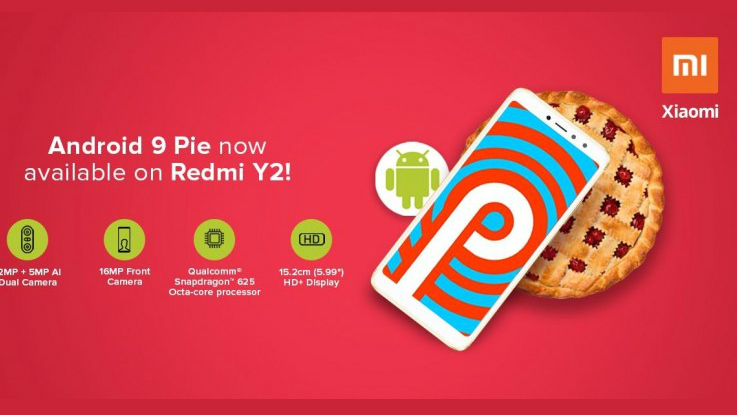 The new update comes with version number 10.3.5 and it is currently rolling out in batches.

Xiaomi recently rolled out Android 9.0 Pie update to its budget-centric smartphone, the Redmi Y2, in India. However, the company suspended the update due to some bugs and issues.

Xiaomi has now revealed that it has once again started rolling out Android 9.0 Pie update to the Redmi Y2. The new update comes with version number 10.3.5 and it is currently rolling out in batches. However, it is important to note that Redmi Y2 users, who have downloaded the previous build, will not receive this update. The company has clearly mentioned that the update is rolling out to those who did not download it previously.

The latest update is about 178MB in size and it comes brings the Android Pie experience to the smartphone. The update also adds latest September 2019 security patch to the Redmi Y2. The update also brings some new features to the smartphone. To start with, users will get a customizable lock screen along with dual VoLTE support. It also adds system-wide dark mode and ability to use face unlock to unlock apps. In order to check for the latest updates, one can go to Settings > About Phone > System Update.

It is powered by a 2GHz Snapdragon 625 octa-core processor with Adreno 506 GPU. It comes with 3GB/4GB of RAM and 32GB/64GB of internal storage, and expandable storage up to 256GB via microSD. On the camera front, the Redmi Y2 sports a dual rear camera of 12-megapixel primary camera with PDAF, LED Flash and 5-megapixel secondary camera for AI portrait shots. It has a 16-megapixel front-facing camera for selfies.