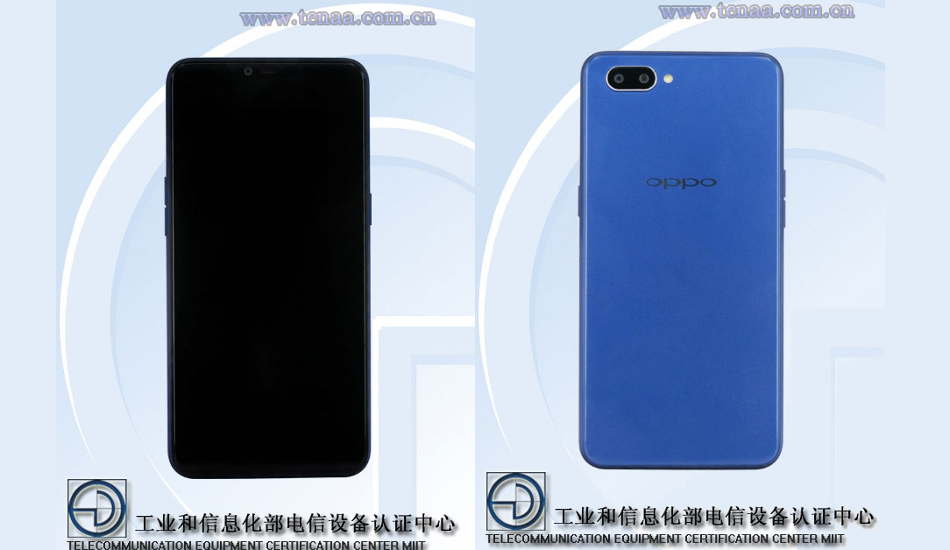 Oppo PBAM00/ PBAT00 run on Android 8.1.0 Oreo operating system and are fueled by 4100 mAh battery. They are powered by a 1.8 GHz octa-core processor which is coupled with 4GB RAM.

Two new Oppo smartphones with model numbers PBAM00 / PBAT00 have been spotted on TENAA certification website. The listing not only has images of the phones but it also carries the major specifications of the devices as well.

Both the smartphones have an exactly same set of specifications listed on the certification website. It is now expected that the devices might be the two variants of the same Oppo smartphone. As per reports that listed devices are said to be the upcoming Oppo R15s and R15s Pro smartphones.

As per the listing, Oppo PBAM00/ PBAT00 feature a 6.2-inch display that has FullView display with 1520 x 720 pixel resolution. They are powered by a 1.8 GHz octa-core processor which is coupled with 4GB RAM. They offer 64GB of internal storage, 256 GB expandable storage via a micro SD card, dual camera setup of a 13-megapixel and 2-megapixel rear camera with LED flash and an 8-megapixel front-facing camera.

The dual SIM phones run on Android 8.1.0 Oreo operating system and are fueled by 4100 mAh battery. Connectivity options of the smartphones include 4G-LTE with VoLTE, Bluetooth, WiFi, GPS/A-GPS and a micro USB port. The dimensions of the phones are 156.2 x 75.6 x 8.2 mm and it weighs 168 grams. The devices are listed in Powder, light blue, dark blue, purple colour options. The phones have Gravity sensor, distance sensor, light sensor as per the listing.