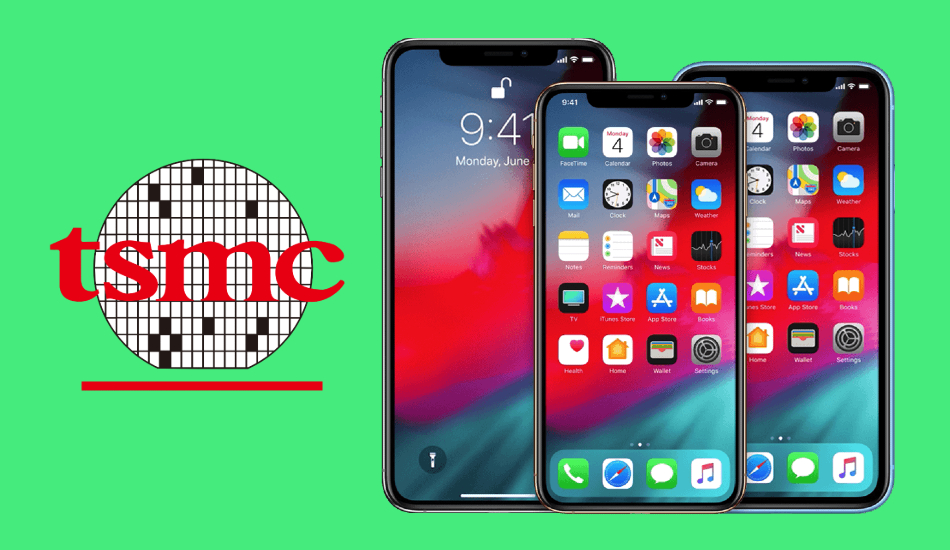 The 5nm chipset from TSMC will deliver 15 percent speed boost on an ARM Cortex-A72 core performance with a 1.8X logic density and reduction in analogue area. Additionally, it’ll come with process simplification provided by EUV lithography and superior SRAM.

As Apple looks at options to devise a 5G modem for their 2019 iPhones, TSMC (Taiwan Semiconductor Manufacturing Company) which happens to be Apple’s sole supplier of A-series chips has now announced the release of its new 5nm chipset design infrastructure for high-end phones.

While 7nm chipsets only arrived on smartphones by the end of last year, TSMC has secured plans for the future as it remains the first to have developed a 5nm manufacturing based chipset for high-end smartphones of 2020.

The 5nm chipset from TSMC will deliver 15 percent speed boost on an ARM Cortex-A72 core performance with a 1.8X logic density and reduction in analogue area. Additionally, it’ll come with process simplification provided by EUV lithography and superior SRAM.

TSMC has also announced that its 5nm chip is already in preliminary risk production and will be mass produced for the high-end devices of next year. This means the latest 5nm-based chip will what will be featured on next year’s iPhones. This chipset will likely be labelled as Apple’s A14 Bionic, considering that the Cupertino company launched the A12 Bionic chipset last year and might also announce a new A13 Bionic chip later this year.

The Taiwanese manufacturer isn’t stopping at developing 5nm chips either. It’s also reportedly working on its own 3nm process chips which it aims to bring to smartphones by the year 2022.

To get an idea of the partnership between TSMC and Apple, here’s a brief story. TSMC’s 16nm process went on to be named the A10 Fusion, the 10nm chip became the A11 Bionic and last year’s 7nm chip was labelled the A12 Bionic. With a 5nm chip coming next year, Apple’s A13 chips will likely be based on 7nm+ dye technology.