It runs on the Android 4.2 Jelly Bean operating system and has a 1.3 GHz quad core processor and 1 GB RAM.

Hong Kong-based Sunstrike Telecom, which earlier used to sell features phones under Rage brand and had in 2012 launched a smartphone series under OptimaSmart range, has announced a new smartphone in the OptimaSmart series. The handset, named as OptimaSmart 45Q, is

The OptimaSmart 45Q has a 4.5 inch display with qHD resolution. It runs on the Android 4.2 Jelly Bean operating system and has a 1.3 GHz quad core processor and 1 GB RAM. There is 4 GB internal memory and a 32 GB micro SD card slot. 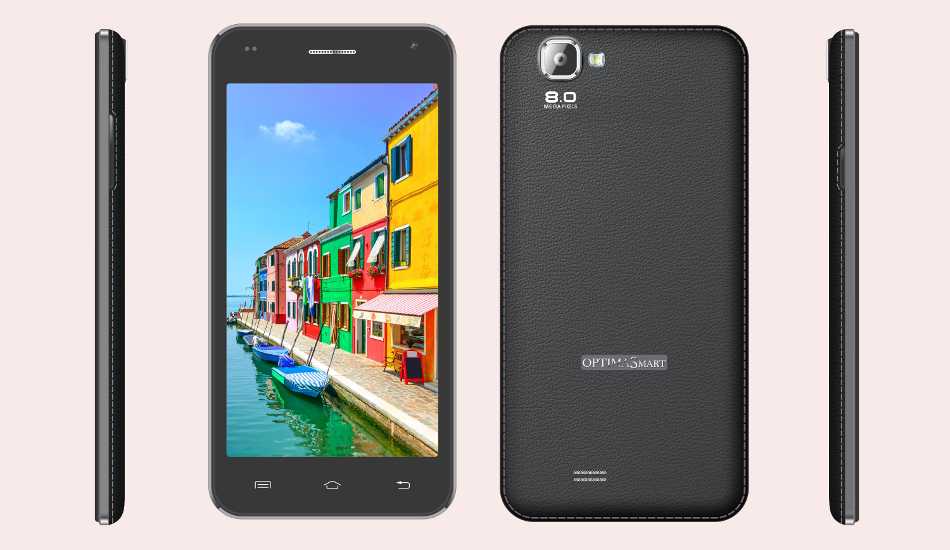 The OptimaSmart 45Q has an 8 megapixel rear camera and a 2 megapixel front camera. This dual SIM phone has 3G connectivity and comes with WiFi as well.

“Sunstrike has been introducing products with features which serve the needs of our target audience. OptimaSmart 45Q will be a best buy for those who have been searching a trendy phone with unmatched features at that too at cost-effective prices. Our target group wants to stand out from the crowd and this phone fuels his inherent desire to look stylish and be smart. Their phone is a reflection of their ambitions, a go-getter attitude and passion,” said Chanpreet Singh, managing director, Sunstrike.

It is available in two colours -Black and White – and comes with magnetic leather case for protection.