Spice Android One: Stepping stone from feature phone to smartphone

Spice android One is a decent budget Android smartphone that can be explored by mobile users who want to have a hang of Android operating system.

In a move to bring majority on Indian on the smartphone hight way Google along with a couple of handset players launched Android One program. The bottom line of the programs was to launch affordable android operating sysatem smartphones for the masses. 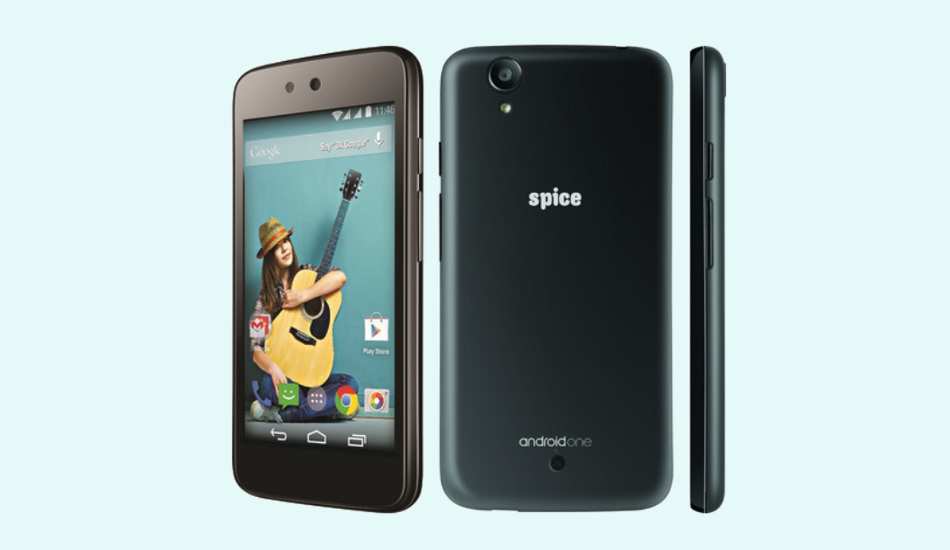 Spice being a part of this initiative they also launched Android One a few weeks back.

The build of the phone is sturdy and durable. The phone feels good to hold due to the soft rounded edges. The front is a glossy bezel featuring a 4.5 inch FWVGA screen and a 2 megapixel camera. The glossy finish of the front contrasts well with the rubberised matt finish of the rest of the body.

Ofcourse, this is the USP of the phone. Unlike most budget Android smartphones who never or hardly get any OS updates, the Spice Android One being a Google product will get the future Android updates including the latest Android 5.0 Lollipop version.

Currently the Spice Android One is based on the Android KitKat version. The vanilla Android OS means it is snappy and quick to use, without complications.

The 5 megapixel primary shooter features a LED flash and auto-focus functionality. The camera does very well in bright light and even manages low light pictures thanks to the flash. The front camera is perfectly placed for selfies and the 2 megapixel front shooter is more than capable.

The Spice Android One comes equipped with a Mediatek MT6582, which is a 1.3 GHz quad-core processor, a Mali 400 GPU and 1 GB RAM. This combination was used to keep costs low, and performance steady. Web browsing and moderate gaming is taken care of with ease, and switching between apps is a snappy experience.

The 4.5 inch FWVGA screen is a responsive and vibrant screen. It projects colours very well, and the contrast is very good too. The screen is legible in bright environments as well and offers a wide range of viewing angles.