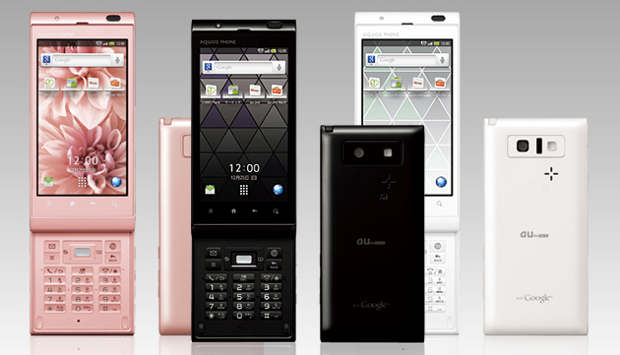 Sharp Aquos IS14SH may be released for other regions in the coming months but at the moment it is available only in Japan. The device has a 3.7 inch touchscreen display with qHD (960 x 540 pixel) resolution and support for 260,000 colors. There’s no information about the processor used in the handset but the phone houses 512 MB of RAM and 4 GB on-board storage. The touchscreen panel slides up to reveal a multi-tap keypad.

Aquos IS14SH features an 8 megapixel camera that can record 720p HD videos. Under the hood lies a Bluetooth 3.0 sensor with WiFi (802.11 b/g/n) capabilities.

Surprisingly, Sharp has packed only a 1030 mAh battery with this smartphone, which may last about 6 hours. Sharp has designed and styled this Aquos IS14SH handset as a feature phone and it may work with the youth, who are still struggling to move from a feature phone to a smartphone.