Samsung Z1 Tizen coming to India but can it compete with cheap Android devices?

Samsung Z1 Tizen is expected to be launched in India in January via both offline and online stores.

Samsung is expected to launch, Z1 – the Tizen operating system based smartphone, in January (next month) in India. The handset is expected to be available with an affordable price tag and hence would be pitted against the budget Android devices including Google’s Android One smartphones. According to The Korea Economic Daily, a Samsung official has revealed that the handset will be launched on January 18, 2015, in India – where it was initially supposed to be introduced this month.

“Samsung Z1 Tizen will be be available in both offline and online stores,” the Samsung official further revealed. 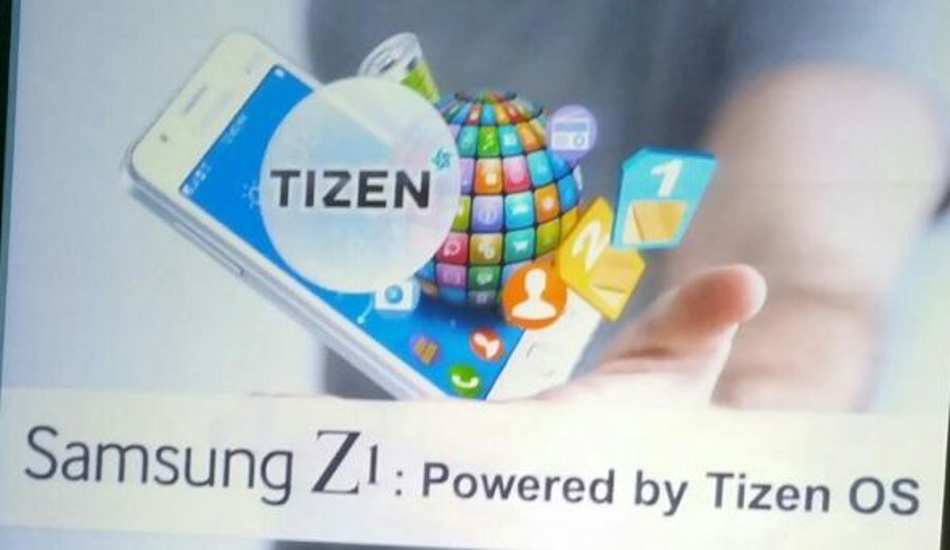 Meanwhile, PhoneArena too has said that the Samsung Z1 will be an entry-level smartphone. It further claimed that the Z1 will feature a 4-inch display with 480 x 800 pixels and a dual-core Spreadtrum processor clocked at 1.2 GHz. The handset is also said to have 3G, WiFi, dual SIM capabilities, a 3.2 megapixel rear camera, VGA front-facing camera, and 512 MB of RAM.

But the big question here arises is that can the Z1 take on cheap Android devices, especially the Google backed Android One smartphones? Ofcourse a lot will depend on its pricing. If it indeed comes with features mentioned above, then the Samsung Z1 should not have a price tag of more than Rs 6,000. Even at this price tag, it will have to face devices with better features including quad core processor, 1 GB RAM, and even 8 megapixel rear camera.

Tizen mobile platform is based on the Linux Kernel and is being backed by Samsung and Intel together.Way back in June this year Samsung had introduced the first Tizen mobile platform based smartphone – Samsung Z. It has a 4.8-inch HD Super AMOLED display and ran on Tizen 2.2.1 operating system. The quad-core powered Samsung Z was first introduced in Russia.

Checkout the comparison of Samsung Galaxy Note 4 with other Smartphones here.