The devices are water and dust resistance and are based on Tizen mobile platform. 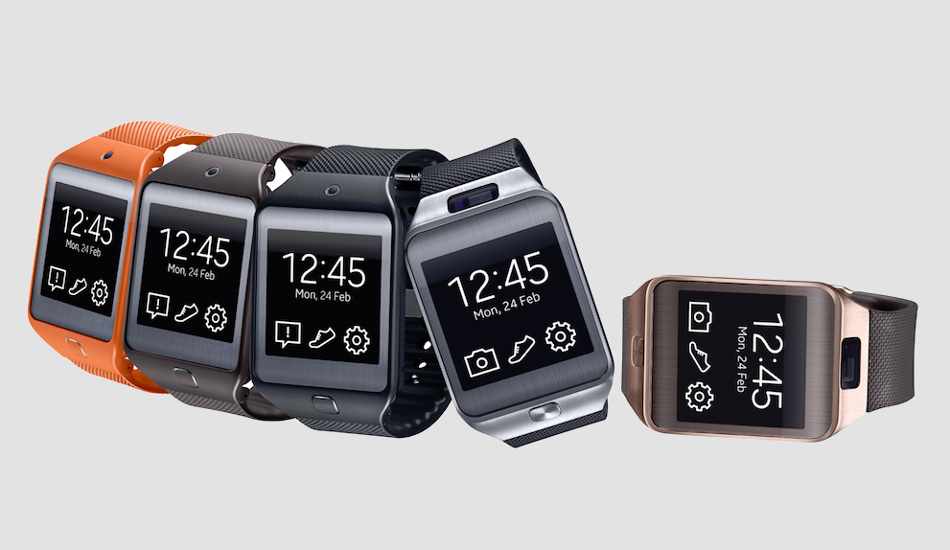 Samsung Gear 2 and Gear 2 Neo marks the debut of the Tizen wearable platform. Samsung loaded both the smartwatches with host of features and made some essential changes in the design. The most notable change is that the camera has been moved to the SmartWatch body instead of strap. The Gear 2 and Gear 2 Neo have same set of features except that the Gear 2 Neo does not have a camera. The Gear 2 has a 2 megapixel camera which is capable of shooting full HD photos and HD videos.

Let’s take a quick look at the specifications of the Gear 2 and Gear 2 Neo.

Samsung has packed the 1.63-inch Super AMOLED display in both smartwatches and the screen supports 320×320 pixel resolution. The smartwatches come with 1 GHz dual-core processor and 512 MB RAM. 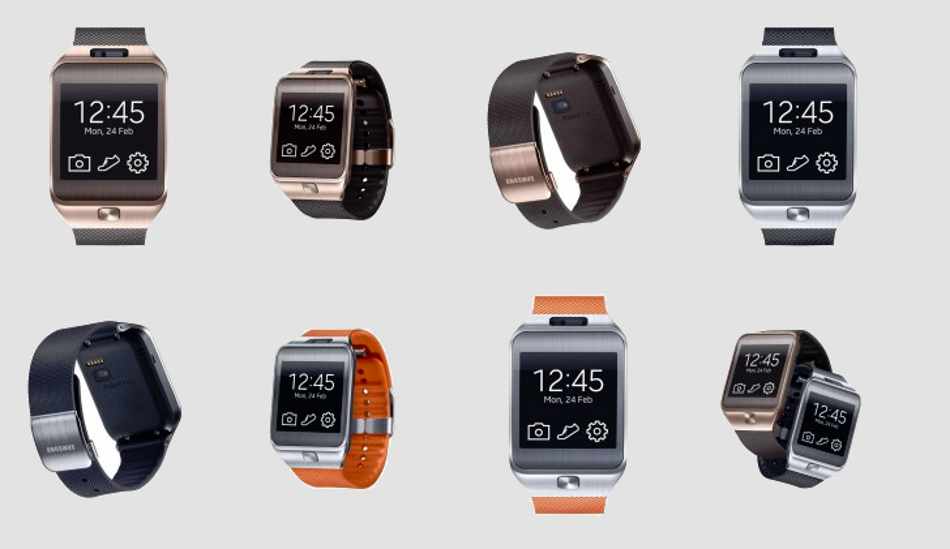 The devices come with 4 GB on-board storage and 300 mAh battery. This battery claims to offer run time of about 2-3 days. Samsung has also integrated Infrared port to turn the Gear 2 or Gear 2 Neo as a mediator control for TV through the WatchON application.

The 10 mm thick devices offer plethora of fitness tracking features such as Heart Rate Monitor, Pedometer to count steps, Exercises and even monitor sleep as well as stress ratios with downloadable apps. Samsung installed accelerometer, gyroscope and heart rate sensors to take care of the fitness features. Rest of the connectivity and features such as acting as multimedia control is taken care with the Bluetooth 4.0 Low Energy version. 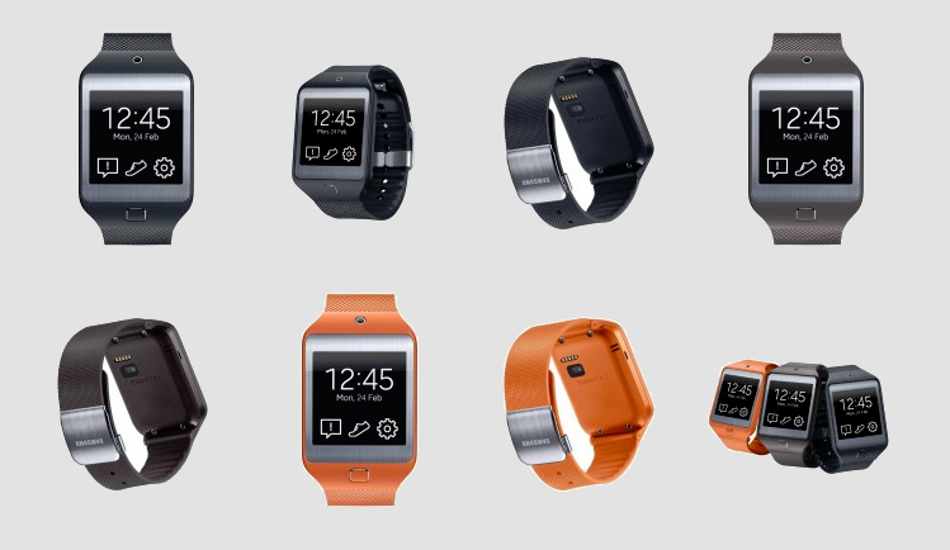 Most interesting aspect is that both are IP67 Certified which means they are resistant to dust and water. Do note that water and dust resistant means that there is limit to which the smartwatch can resist water or dust. The Gear 2 and Gear 2 Neo support the Samsung Apps and will come with access to wearable specific apps.

Samsung Gear 2 and Gear 2 Neo will be sold in April through interchangeable strap colour options such as Charcoal Black, Wild Orange and Golden Brown (Gear 2)/Mocha Grey (Gear 2 Neo). Samsung remains tight lipped about the price of the Gear 2 and Gear 2 Neo. The Samsung Galaxy Gear smartwatch retails in Indian market for about Rs 14,990 which is as much as a good mid-range smartphone. For instance, the Moto G 16 GB dual SIM costs Rs 13,499.