The phone will boast a dual-camera setup at the rear panel which will feature two 12-megapixel dual pixel sensor coupled with optical image stabilisation. 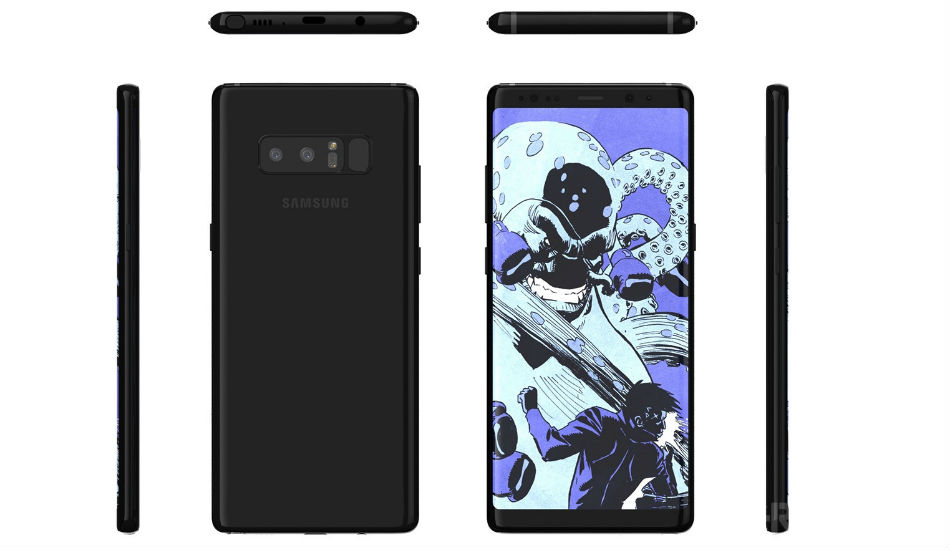 Meanwhile, some new renders of the upcoming phablet have been leaked online. According to the press renders shared by BGR website, the smartphone has been shown from all angles. The images show that the smartphone will follow some similar design aspect as we have seen in the Galaxy S8 and Galaxy S8+. However, unlike both the flagships, this one comes with a dual-camera setup and we might also uncomfortably position fingerprint scanner.
Recollecting some key specs, the smartphone is reported to come with a 6.3-inch Quad HD+ Super AMOLED display and it will maintain a similar aspect ratio of 18:5:9 as we have seen in the Samsung Galaxy S8 and Galaxy S8+. The smartphone will come loaded with the latest Qualcomm Snapdragon 835 processor and there will be a separate variant with company’s in-house Exynos 8895 chipset as well.
You might also like this:
Further, the phone will come loaded with a 6GB of RAM and some reports also mention that there will be a variant with an 8GB of RAM. On the storage front, the smartphone is rumoured to come in 64GB and 128GB of internal storage, which could be expandable in nature. It is reported to come in Black, Blue and Gold colour variants.
On the camera front, the phone will boast a dual-camera setup at the rear panel which will feature two 12-megapixel dual pixel sensor coupled with optical image stabilisation. The phablet will be juiced up by a 3300mAh battery and it will come with an enhanced S Pen and will also support DeX.