The smartphone is expected to run on Android Nougat operating system. 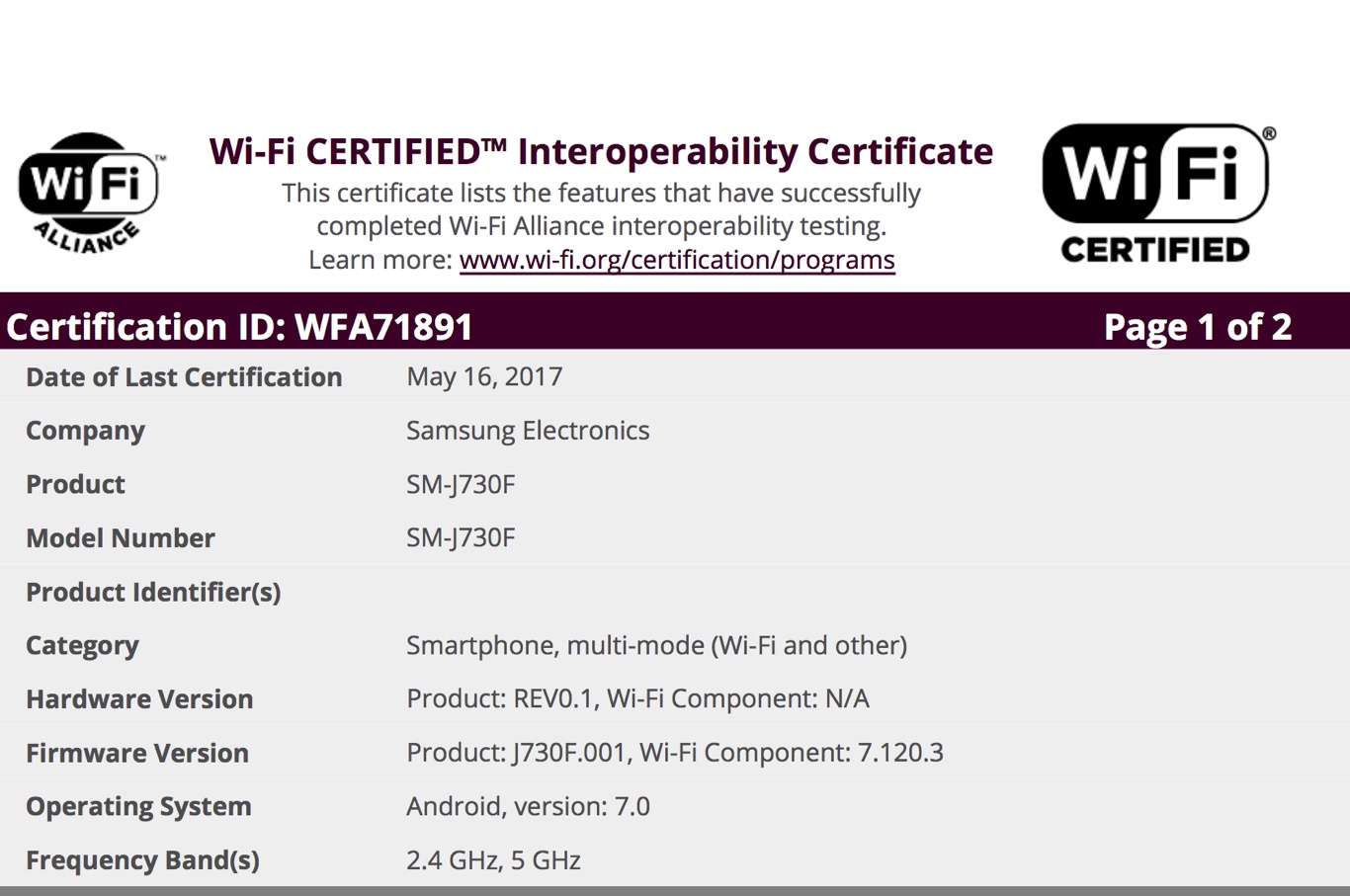 As per the Wi-Fi certification, the Samsung Galaxy J7 (2017) will support dual-band Wi-Fi a/b/g/n (2.4GHz, 5GHz) and Wi-Fi Direct connectivity features. Sadly, the listing does not show any specifications except that the device will be powered by Android 7.0 operating system. The listing reveals the certification ID WFA71891 and the date of certification being 16th May 2017.

As per earlier multiple reports, the Samsung Galaxy J7 (2017) will feature 5.5 inch full HD display with 1920 x 1080 resolution. It will be powered by Snapdragon 425 Soc/Samsung Exynos 7870 chipset coupled with 2GB/3GB RAM. The device will be boosted by an 8/12-megapixel rear camera and 5/12-megapixel front camera. It is also expected to come with 3000 mAh battery and will run on Android Nougat operating system.